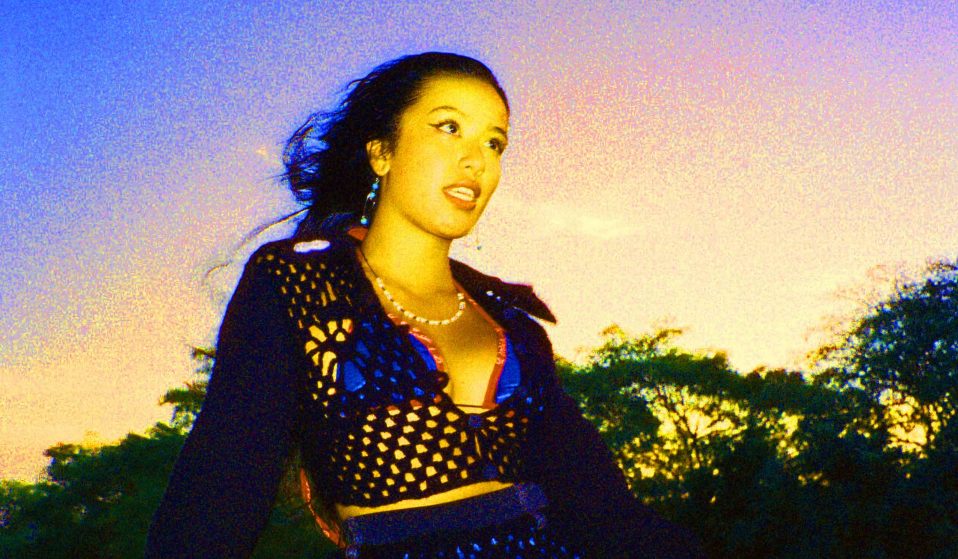 The 20-year-old musician and NiNE8 collective affiliate talks history, heritage and how her family have influenced her output.

The 20-year-old musician and NiNE8 collective affiliate talks history, heritage and how her family have influenced her output.

The London singer is no stranger to the idea of balance. As a British-Asian woman, she admits to grappling with the two sides of her cultural identity: that of growing up in the English capital, and that of her Indian heritage. Her music is woven with this internal conflict, exploring the struggles of finding a new-found sense of self, and sharing lessons she’s learned along the way.

The single ‘Breaking Point’, released in May, delves into an integral part of her coming-of-age. It’s a declaration of the singer’s struggle to embrace all the parts of her identity, as she recalls how much of her childhood and adolescence were spent running away from her Indian heritage. “I just never really felt like I could be Indian in this country as a child,” she explains. “I’ve only just started being in touch with that again now.”

New track ‘Rani’ further exudes the singer’s versatility. With its punchy bars – accompanied by a fever-dream music video – it indicates a turning point for Nayana. The single channels a new power and conviction that you feel will be at the forefront of all her future music.

As a member of the London-based music collective NiNE8, she regularly collaborates with the likes of Biig Piig and Lava La Rue. She credits the group for much of her creative and personal growth. “When I first joined, I was very unsure of myself. I didn’t believe in my stage presence or my confidence,” she says, taking breaks between answers to sip on a glass of rosé prosecco and tuck into the takeaway she’s ordered – all from bed.

“After being in NiNE8, I started to realise that I have got a good heart, I am worthy of expressing the things that I experience, and that I’m worthy of my success.”

Above everything, Nayana describes herself as a storyteller. She even hopes to write children’s books in the future. “I’m very good at writing stories. I feel like we need to help children young before they get told that all of their beliefs are wrong, and the way they want to live their life is wrong…”  she says, smiling. “I feel like my meaning is reminding children of their power.”

What made you want to get into music?

I didn’t have many people to talk to when I was a kid. I had a couple of friends, but a lot of them did me dirty behind my back. Obviously, we were all kids but that’s the first feeling of betrayal I had. I would just go to the piano room at school during break time, make music and talk to the piano like it was my therapist.

You grew up in London and went to a predominantly white school. How do you think that influenced your journey into womanhood?

It was weird because I was cool with everyone but I was also running away from my Indian identity. I was one of the odd ones out and I made myself the class clown so people couldn’t laugh at me. Deep-down, I ended up being a loner even though everyone was laughing with me.

It’s definitely made me insecure sometimes, but I think it also made me become an observer. I was in the background just reading people, it was the first way I could understand where pain stemmed from, and where true happiness stemmed from.

How do you think ‘Breaking Point’ and other songs in this EP are different from your previous music?

I was trying so hard to get my feelings across in that previous EP, but it just wasn’t matching my feelings as much as I wanted it to. I guess that’s where I wasn’t planning it too much and I just let it happen. Now there are points where I think, ‘I have to have proper meaning behind this.’ With ‘Breaking Point’ it’s really fucking sad, but even if I can make someone feel something in this world where they’re trying to numb us out, that’s such a beautiful thing.

Is it still a struggle to marry the two cultures of London and India in your music?

I haven’t felt like I’ve done it yet. I don’t sing in Hindi, I don’t speak my mother tongue, I still feel like I’m that English kid whenever I go to India and I don’t feel like I’m at home with my own place yet.

I can only say I incorporate my culture into my music when I feel like those things are evident in my life because otherwise, it doesn’t feel honest. I don’t just want to flex it. I know my culture is beautiful but I have that much respect for it, I know I need to understand it. I’m currently trying to learn classical Indian dancing and I’m going to go to India and live there for around six months eventually. 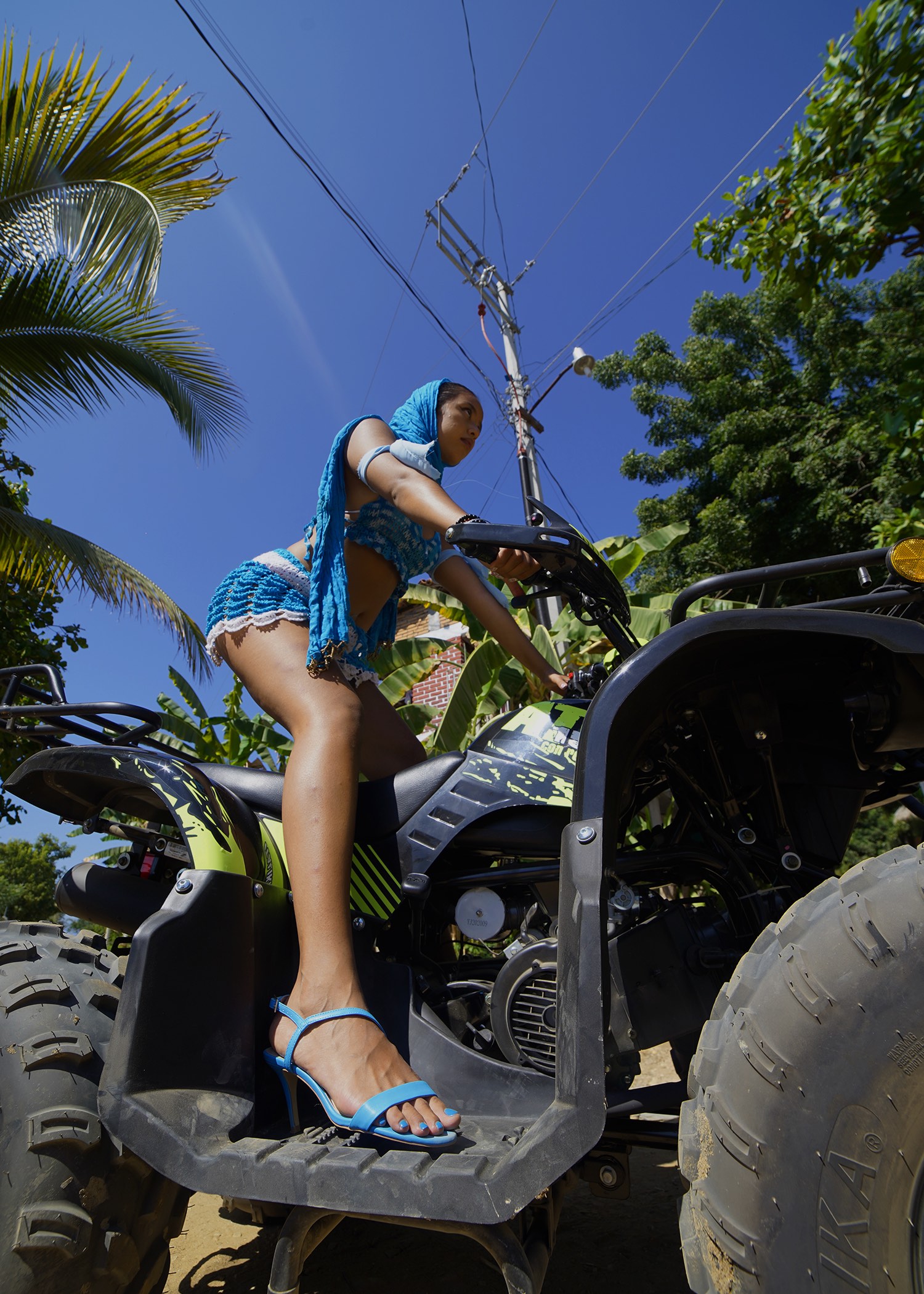 Is singing in Hindi on the cards for you in the future?

Yeah, because that’s what my grandma did, and for me, the purest sense of a musician has been from what I knew about her. She was a singer and a dancer. It was beautiful because in India, there are certain songs that you can only sing if you are truly connected in a spiritual sense to any of the deities. My grandma got asked multiple times to sing because her soul was so pure. I love making music, but I want to get that deeper connection and the only way is to talk in my native language.

How has your family influenced your music?

My dad’s side of the family grew up with nothing to eat – they would share a bowl of rice between everyone. That’s why I look up to my grandma so much, because she was in that survival mindset where she had no option but to work her arse off, or they were going to die. That’s the only person my dad has had a spiritual connection with and he says he sees her in me.

My mum’s side of the family were one of the first Indian families in Ilford. It’s kind of fucked up, when they were trying to buy their house, everyone on the street saved up to buy that house just so they couldn’t move on to the street. They experienced different types of trauma and all that shit does come through genetically. Maybe that’s why I have some of the feelings that I have.

The idea of empowerment seems very important to you, with lyrics like: ‘You try shutting me down, I shout louder’. Is this something you want to communicate?

When I was writing ‘Breaking Point’ I was thinking about the young girls in India – especially my grandma, because she got married when she was 11 years old to an older man. It was fucked up. My grandma actually escaped this first marriage, she ran away. There’s a line where I’m saying, ‘I’m on the run’ – it’s about that moment when she escaped. Whenever I’m writing, I’m always thinking about those girls and how I can help them.

What’s next for you?

I hate describing my own shit because I’m so bad at describing [laughs], but the next project, as much as [it’s about] getting in your feels, there’s also a lot of power. It’s also all of the lessons that I would have told myself before I made the mistakes I’ve made in my life. We all have different attachments, different feelings, and different memories attached to different things, so it will ignite something different in every person.

‘Rani’ is out now on Different Recordings.

Linkedin
RELATED ARTICLES
OTHER ARTICLES
In the last of our dispatches from OFFF Barcelona, Rufus Deuchler and Vincent Gault discuss the future of creative process.
The situation in Afghanistan remains dire, with many groups facing persecution at the hands of the Taliban.
Following the release of his latest album God Don’t Make Mistakes, the rapper talks horror villains, police brutality and being unafraid to show his vulnerable side.
The answer to improving the well-being of Palestinians rests not with individualised solutions from the Global North, but with ending settler colonialism.
To mark the anniversary of the mass trespass of Kinder Scout, a group of hikers came together with the intent of creating a new, fully inclusive culture for rural spaces.
The photographer recalls working with some of the biggest names in the business – from Salt-N-Pepa to the Sex Pistol – at a time when music magazines played a powerful role in shaping the scene.