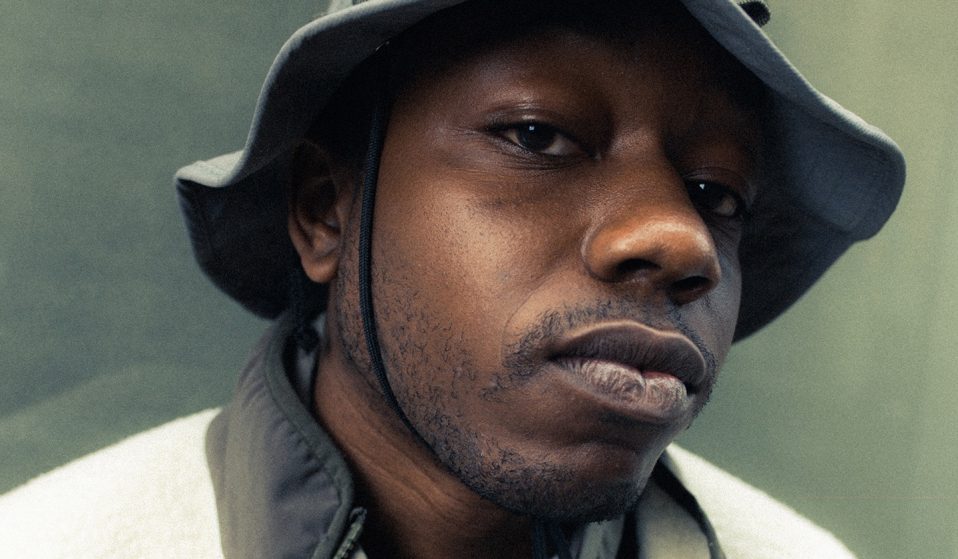 To mark his appearance at Element x Hotel Radio Paris, the London MC explains why he’s never been one to follow the crowd.

To mark his appearance at Element x Hotel Radio Paris, the London MC explains why he’s never been one to follow the crowd.

In his own words, Lord Apex has something of a Midas touch – an ability to make anything “look cool”.

The 25-year-old rapper is speaking from east London via a video call, where his cat Marcey steals the spotlight by going to work in her litter tray before promptly reclining in Apex’s air fryer. He’s right to credit his ability to style anything out: he smirks, leans back on his sofa, and simply tells her to chill.

Apex makes mellow, lo-fi tracks, accompanied by powerful rap verses and the occasional rich melody. But the West London-born rapper doesn’t want to be put in a box.

“So many artists that I’m a fan of, even legends, are boring because they never change their style,” he says, as Marcey struts past his screen. “They stay committed to that style and that’s cool, and that works for them, but I’m Apex – I’ve got to top everything.”

He is now diving into the world of fashion, as the face of a new collaboration between Element and independent radio station Hotel Radio Paris. The two have launched a collection of garments inspired by inner-city culture, the great outdoors, and, of course, skateboarding.

The campaign also involves a pop-up radio tour consisting of talks and outdoor activities, with the mission to ignite passion in young creatives. This initiative will be stopping in various locations including Paris, New York, and Hong Kong.

An event will also take place in Brighton on 8 October where Apex will perform and “spread that Element energy”.

“Element was one of the brands I always messed with from early, man. To get the opportunity to work with a skate brand and not be a skater was like, ‘Bro, thank you!’” he says.

“Because the biggest thing in the skate community is not being a poser, and being real and authentic too. It just feels like a milestone.” 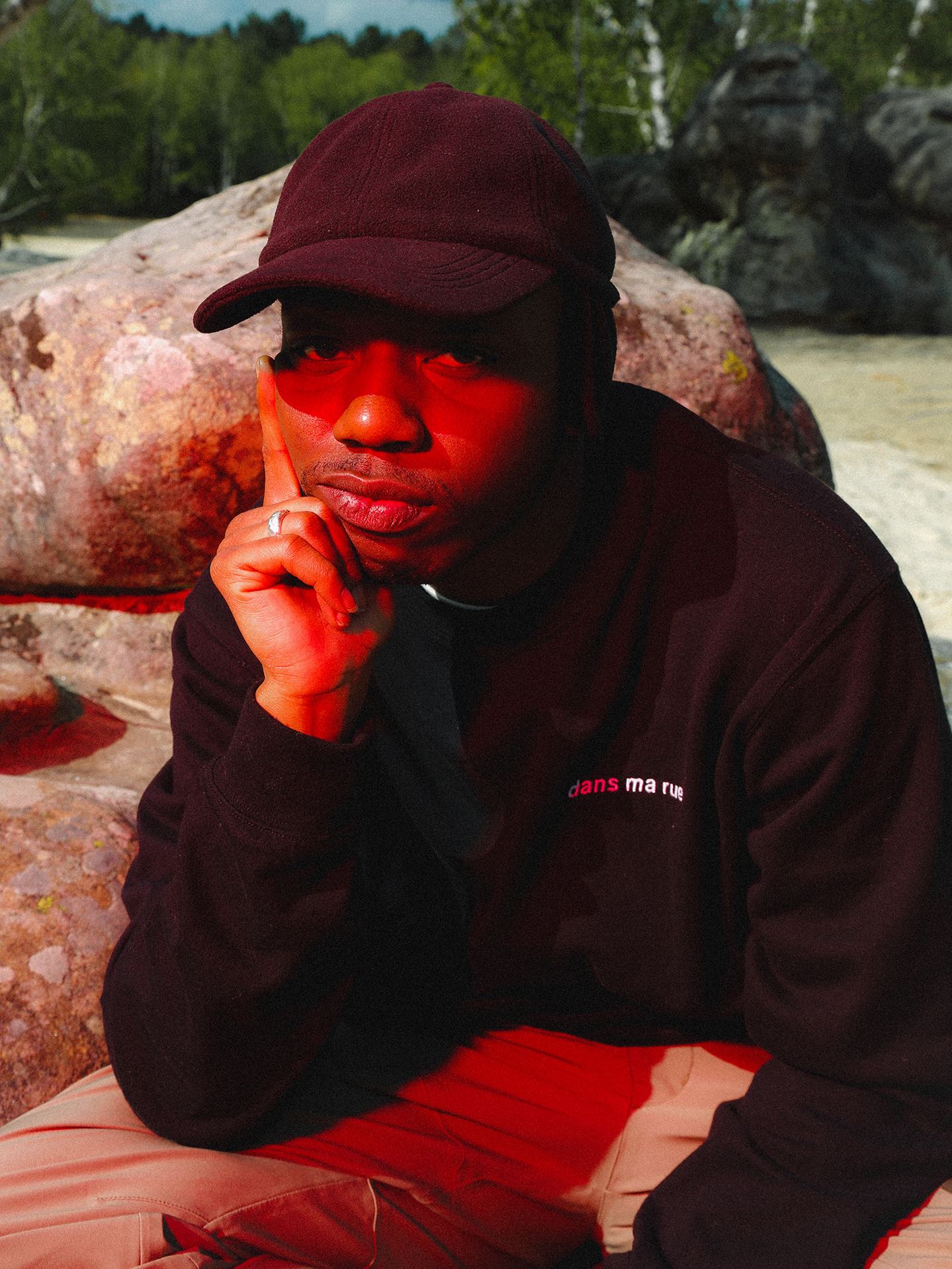 What made you want to get involved with Element x Hotel Radio Paris?

I’ve been a super big fan of skating my whole life, but because of stereotypes and where I grew up, skating was a no-go. My area was more trappy, dealers and shit, so I remember coming out with a skateboard and it being a, ‘What the fuck is that?’ situation.

So, I might have skateboarded in my back garden but I didn’t really take anything out into the open world. I did build up a super appreciation for it though and learned everything about the brands.

How long have you been making music for?

I was in year nine when me and my friends used to rap during lunch times. One day, one of my friends got invited to a studio by a West London rapper called Lowkey and it became my Monday after-school thing where I got two, three hours in the studio with my friends.

Slowly, one by one, they fell off but I found it was a thing I loved to do. So I kept doing it and now we’re here.

You started with friends for fun and then you decided to go solo, what gave you the drive to pursue it?

I always wanted to rap, but even when I was a kid I had a very strong sense of reality. There was no one in the UK I could look at and be like, ‘Oh, this is doable’.

It wasn’t until my later years I heard about most of the UK pioneers, whereas growing up it was like there was no possibility of me being an artist. The chances were 100 to one, now everyone’s an artist and it’s cool and it’s beautiful.

I told myself I was going to do anything that involves the media industry – around music or just entertainment in general – just because I loved the game that much. If I wasn’t an artist, I was going to be the next best thing. I’ll fucking write blogs, I’ll interview, I’ll be a videographer.

You used SoundCloud a lot in the early days to get your music out there. What’s your relationship with the platform?

Not to toot my own horn but I’m a SoundCloud OG. There was a point in time where I would check SoundCloud more than any of my other socials. It’s beautiful because it’s cool to see a lot of people that were on it – that I was close with and collaborated with – still have that passion and elevate their craft.

What are some of your earliest memories of music?

My mum used to have a box of VHS tapes that she recorded in her adolescent years like ‘MTV Jams’. It just blew my mind because I was so sheltered in the crib and was kind of a recluse from early on.

Growing up I was heavy on ’90s hip hop. It felt like second nature for me to be listening to that and it wasn’t until I got to high school where I found more people being like, ‘Why do you listen to this?’

You’re also influenced by anime, how does that come into it?

That’s a big one, it’s crazy. A lot of things you see are really unexplainable, but I admire the unexplainable.

Like, you’re looking at a humanoid with tentacles that has 111 eyes, and to say that sentence sounds insane but that keeps my childlike creativity alive. If I can imagine this tentacle dude with 111 eyes, I should be able to imagine a whole bunch of crazy shit.

You can create a world from scratch using a pencil and I think that’s beautiful.

Element x Hotel Radio Paris wants to pay homage to both the city and the natural world. Would you say your music carries the same ethos?

When I’m speaking on certain things, I try to do it from a standpoint of the whole world. We’re all equal, so everyone is included. There’s always that sense of worldliness. I love to rap about mountains and being in nature because I strive to be that guy, even though I’m not him right now.

It’s always been a natural thing for me, man: eventually being super successful, and then just disappearing and living off the land somewhere. I would love to have a farm and a fucking old ass wise beard, and just chill. 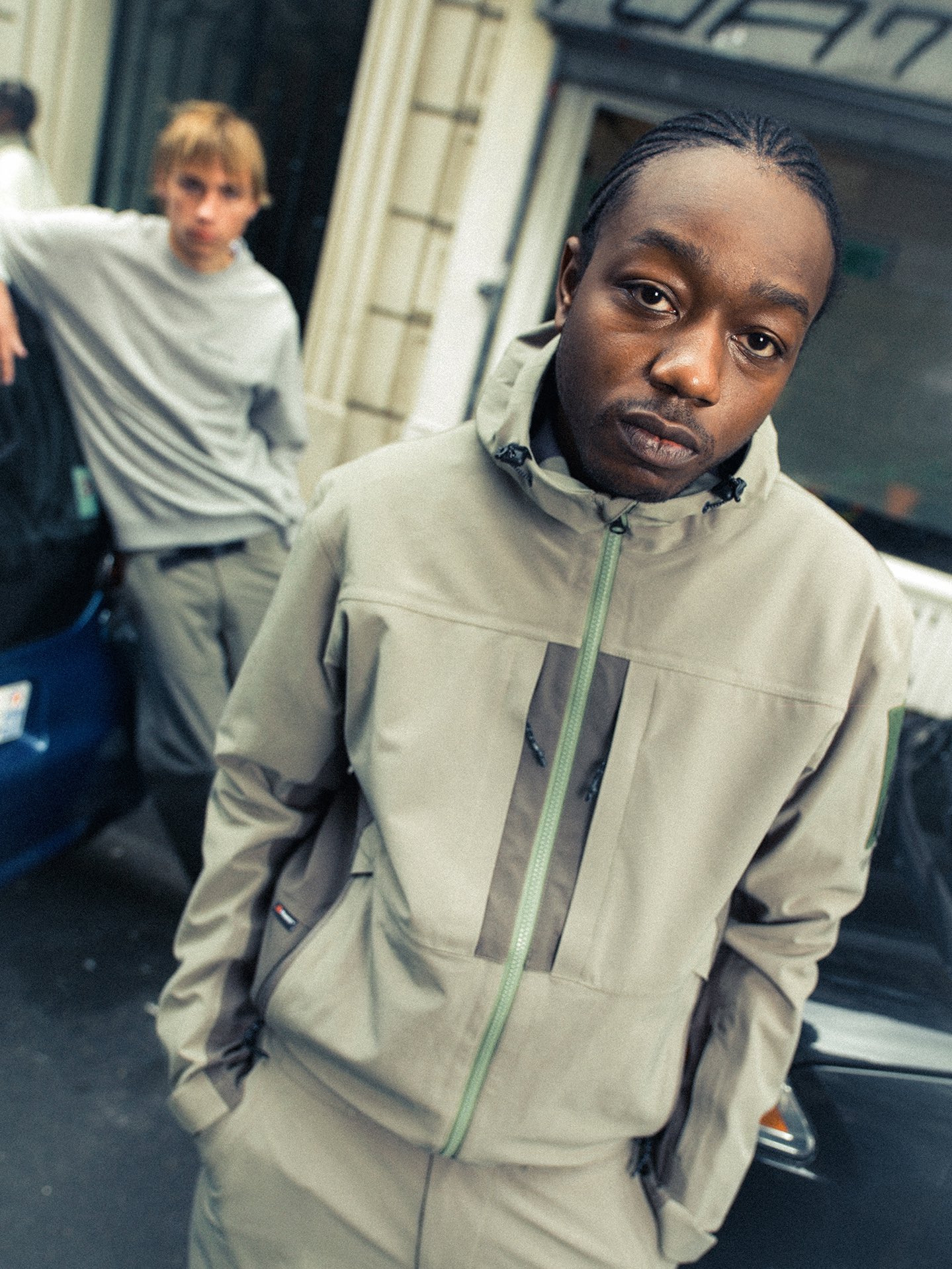 Lord Apex will play Element x Hotel Radio Paris at size? Brighton on 8 October 2021. Learn more about the collaboration on the Element website.

Linkedin
RELATED ARTICLES
OTHER ARTICLES
The author discusses the all-consuming nature of heartbreak, and turning the experience into an incisive exploration of love and loss.
Photographer Matthew Brookes recalls following a group of young people in Venice Beach living in search of the perfect wave.
In the wake of the decision by the supreme court to overturn Roe v Wade, thousands of protestors filled the streets to express their rage and anguish.
A new edition of a seminal book brings together iconic images of the band onstage in their full glory and backstage in moments of unguarded camaraderie.
Photographer David Hoffman recalls documenting the extreme wealth inequality around Tower Hamlets and Hackney int the 1980s.
The last few years have seen an increase in LGBTQ-led initiatives to feed the hungry, with many finding ways to stay afloat despite the challenges.