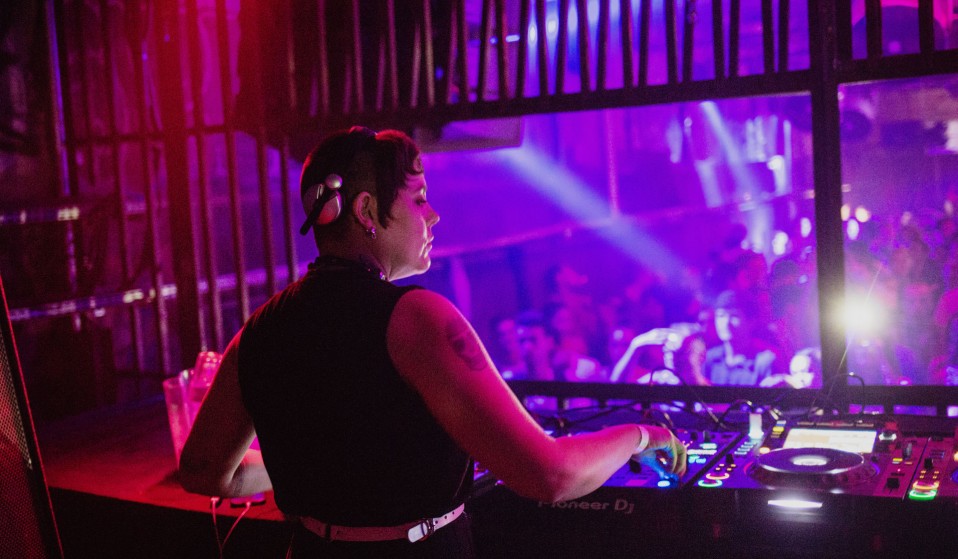 Louisahhh has been hailed as techno’s next superstar, but to get there she’s battled addiction and convention – a struggle overcome in the most unexpected way.

Louisahhh has been touted as techno’s next superstar, but to get there she’s battled addiction and convention. Her story is the second profile in our Huck x Hoka One One series, looking at mavericks who found a new perspective through running.

There’s a feeling Louisa Pillott sometimes gets when she plays. When the music sounds right, the crowd is psyched; things are going really well. “You become present,” says the Paris-based American DJ, who is better known as Louisahhh, a moniker her fans chant during her epic sets — like a war cry.

“You’re in your body, and you feel hyper-connected to the world around you. For me, it’s like an epiphany. I suddenly come to and I’m grateful and emotionally moved by the fact that I get to do this.” 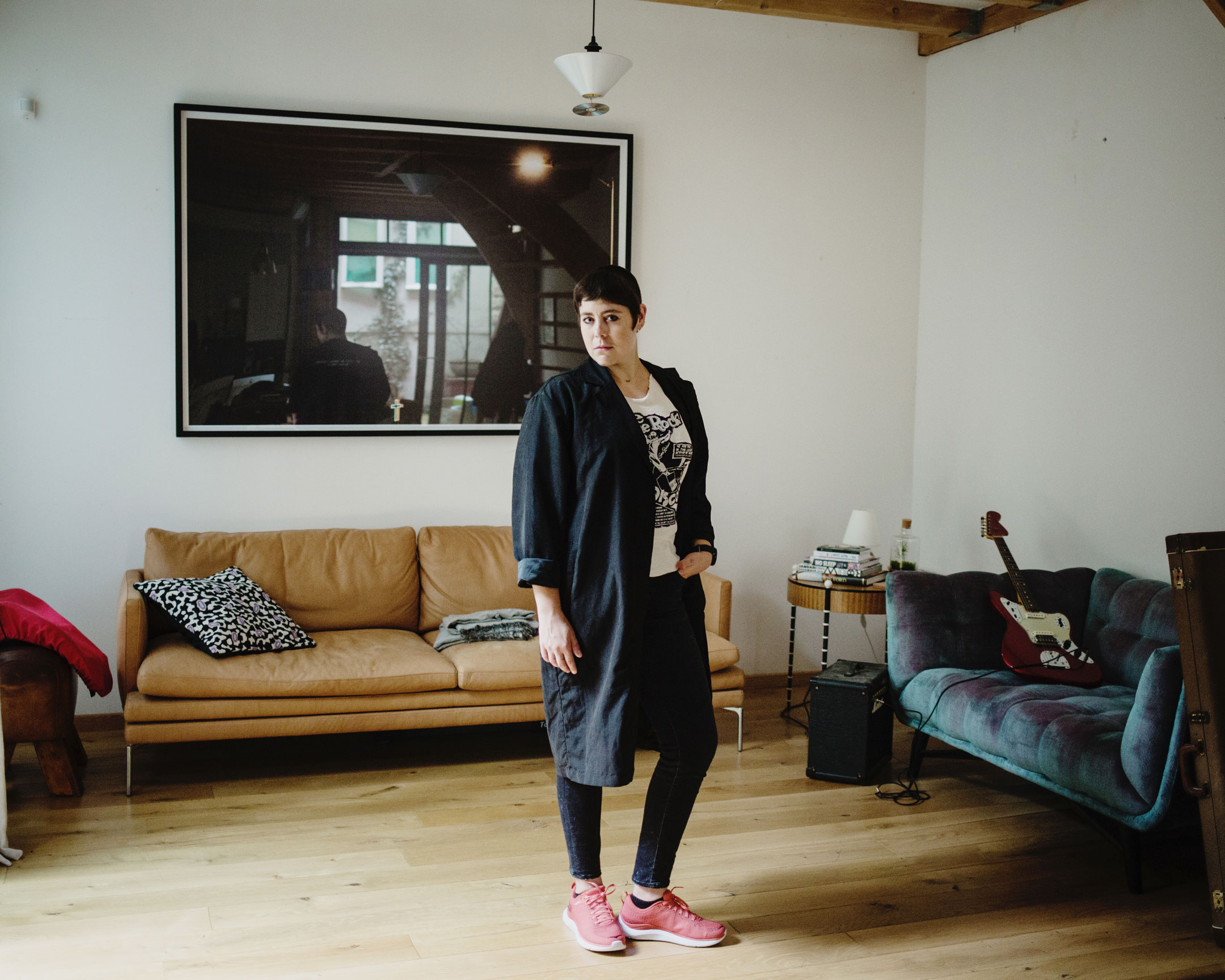 It’s a sensation she only experiences while performing or running, her other passion in life. It might seem incongruous that one of the world’s most exciting electronic artists is a mad keen runner, but it’s true. It’s also not a stretch to say that if it wasn’t for running, Louisahhh might not be here at all.

Louisahhh started running just over a decade ago after a serious stint in rehab. “I was addicted to cocaine and diagnosed as hypomanic,” she says. “They tried to put me on medication to stabilise me, but I was adamantly opposed to it.”

Instead, she picked her own path back to health on the dusty trails through the Santa Monica Mountains in California. “It was not a terrible place to start. I would gallop around these beautiful trails with a giant discman listening to CDs. That image seems so archaic. It was only 2006 — I guess I had pretty limited resources back then.”

Louisahhh found that running balanced out her mood and allowed her sleep properly for the first time in a long while. It also made her feel happy, an emotion she’d never expected to feel again.

“I came into recovery thinking, ‘This is what I have to do not to die,’” she says. “So to suddenly come into contact with something that I found I loved — where all I had to do was get some shoes and get on the road — it was such a relief. It saved my life.” 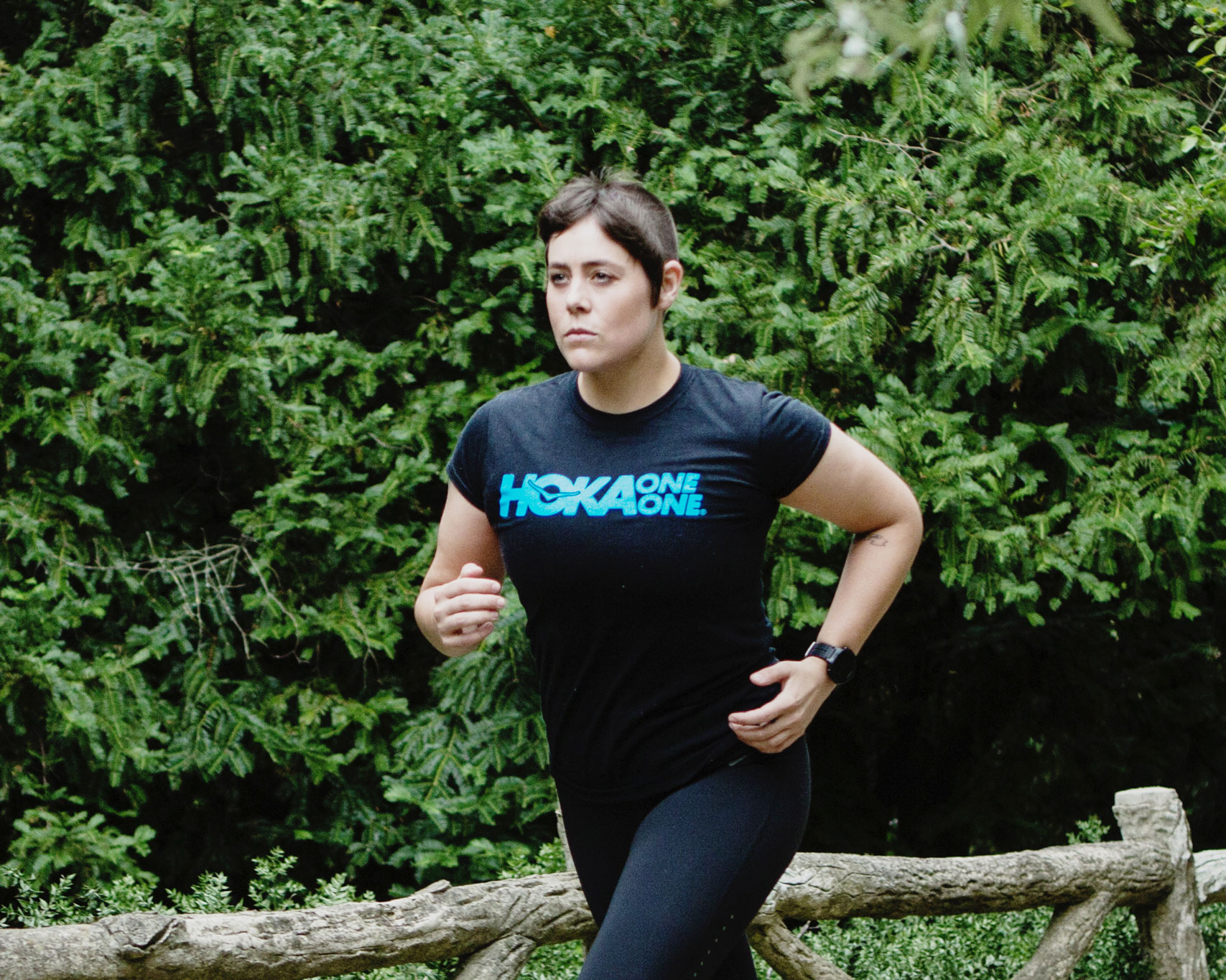 She moved to Paris – a great move creatively, as she started working with French techno wunderkind Brodinski and released some seminal tunes. But it was a less fun place to run than the hills behind Malibu.

“In LA, I went for epic 25-mile runs without ever crossing my own path. Paris is much harder as I don’t like roads. But there are some parks with tracks and canals where you can run all the way to Amsterdam.”

Is running considered unhip in her line of work? “When I moved to Paris I thought that. I was really focused on ultra-marathons and long-distance trail running with people who are in that world and super-nerdy. I was like, ‘I’m sober so I’m not going to your after-party. I’ll feel weird as everybody else will be super-fucked. I’ll be up weeping with joy running while the sun rises instead.” 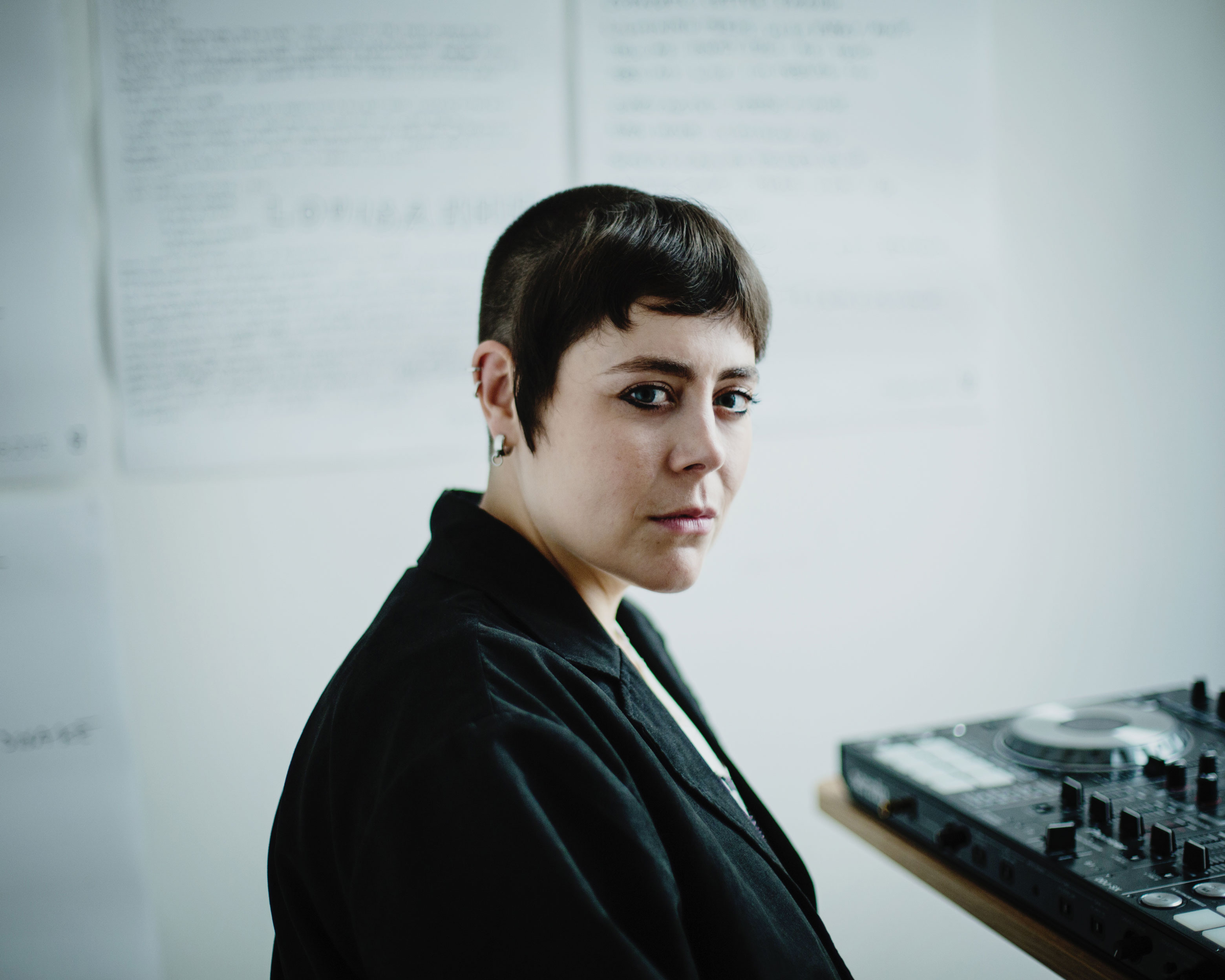 “But in France, literally the first group of friends I made, which was seriously lifesaving, were from the Paris Running Club, which is part of the global Bridge The Gap urban running crews. They were a group of creatives, everyone was a producer, or designer, or art director. I was like, ‘Ah this is where the cool kids are. No one told me!’”

Beyond that, she also believes running makes her a better DJ. “It definitely does, as I ‘run-test’ all the tracks I listen to. It’s very visceral. If it makes you focus and dig in, then it’s going to really work on a dance floor. If I want to turn it off, it would be the same on the dance floor.”

But the benefits for her head are bigger than just helping her perform well. She says, “Running has made me realise that suffering is okay. Being uncomfortable won’t kill you. If you’re having a down point in your career, or relationship, or if you’re suffering from anxiety or depression, it’s okay; it’s part of being human. Resisting it is not helpful. The trick is to gracefully accept that you’re uncomfortable — and keep moving.”

Read more Huck x HOKA ONE ONE stories here. If you run, or are thinking about making running part of your life, you can learn more about the innovative Clifton 4 and Hupana trainers Louisahhh wears at hokaoneone.com

Linkedin
RELATED ARTICLES
OTHER ARTICLES
Jermain Cikic reflects on his experience of visiting the island of Samos, Greece, in the summer of 2021.
Hundreds gathered together to protest the policing bill by making as much of a racket as possible.
In the UK, Hongkongers are continuing to stand in solidarity with the pro-democracy movement.
Those set to be impacted by the governments ’undemocratic’ bill explain why it risks silencing them.
As the role of the nuclear family is increasingly called into question, people are finding new ways to exist outside heterosexist norms.
While the popular news aggregation service has been kicked off Twitter, its demise does not spell the end of digestible misinformation.