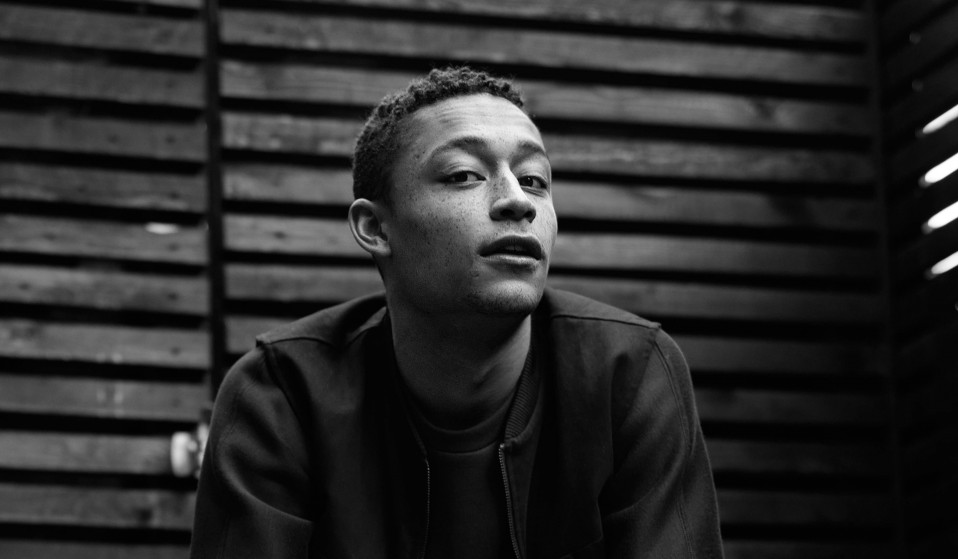 Unapologetically open about his personal life, the South London rapper talks to us about his experience with ADHD, a future cooking project with teens, and an adopted younger sister on the way.

Jumping on the phone to speak to Ben Coyle-Larner, we quickly connect over our shared summer colds. “You sound fine to me, but I feel your pain!” he laughs.

Ben, better known as Loyle Carner, is still just twenty one. He is my age, and yet in the same life span he has successfully released a fifteen-track album, two singles, an EP, and has toured hot spots around the globe – all while cementing his position as one of the most vivid and articulate rappers borne by the South London scene.

Serving up a feast of smooth hip-hop beats, Loyle’s genuine, sincere lyrics make him memorable as an artist. This guy isn’t talking about cars, drugs and women – he’s talking about the death of his father, heartbreak, and his burning desire for an adopted little sister.

This summer Loyle has already performed to a packed out, rain-soaked crowd at London’s Field Day, but as we chat he sounds relaxed, and talks to me with the charm and vigour of somebody wise beyond their years.

I want to quiz him on his latest creative endeavour, which involves teaming up with the art collective, Goma, to produce a week-long cooking course for kids aged 14 to 16 that are growing up with ADHD. “At the end of it there’s going to be a pop up restaurant where we are gonna cook for the public,” he tells me, “and proceeds will go to ADDIS too, which is an ADHD charity that I’m becoming kind of an ambassador for.”

Having being diagnosed at a young age with ADHD himself, Loyle claims to have found peace by working the kitchen. It’s the the physicality of the process that he loves. “It keeps your brain active! You don’t have time to think about anything else,” he laughs, “it’s the kinetic energy, and doing something that is instantly gratifying.”

Through these cooking classes, Loyle hopes to share the sense of tranquility he’s found with the young people who’ll be attending. “I’m massively excited about working with them! I can’t wait to get it moving.”

With all this talk of the kitchen, I’m reminded of lyrics from Loyle’s track Florence: ‘I promised her some pancakes / so I stagger to the stove and start to stand braze / See I’m gonna make em like my nan makes’

When I probe him, Loyle draws honest links between this track and his current cooking project, explaining a deeper, more sentimental meaning than I’d taken from listening before. “I was going through a really rough time when I wrote that,” he admits with a little melancholy, “and the only thing that was calming me down or cheering me up was the thought of having a little sister.”

My heart warms – adopting a young girl is something that Loyle and his family have had on their agenda for a while now, and this summer they are finally able to go ahead with the process.

“Yeah it’s crazy,” he says, “I wrote the track Florence before the adoption process was happening, and just the thought of having a little sister really lifted me – I feel like I was put on the planet to look after people a little bit.”

Loyle’s integrity is a breath of fresh air, and it’s clear that even at twenty one – an age when most of us still feel like kids – a passion to become a helping force for young people is something which burns within him. “When I was younger, what I was lacking was an older guy”, he explains, “someone who had ADHD, who had lived a little bit longer and knew the ropes a bit more.”

Through projects like this, Loyle wants to respond to mainstream conversations around learning difficulties and mental health issues, which are so often presented as hurdles, as barriers. “With the ADHD, I try not to think about it as something that hinders but as something that betters me. For example, most of the time I’m quite impulsive, which is great when I’m on stage or writing. I don’t feel like I would have made half of the things I have made if it wasn’t for my ADHD.”

It’s not only this sense of ownership and positivity of mental conditions that Loyle encourages, but an understanding of them too. “From an early age, I was always taught about ADHD, what it does and how it works,” he says, “it’s important to know how it works, because it means that you’re aware of the things that are happening to you. Self awareness is a big part of it.”

From September to October, Loyle Carner will be touring the UK on his ‘Cantonia Tour’, but for now he’s focusing on developing his new album, and gearing up for his gigs at El Dorado Festival and Bestival.

“And thinking about taking my little sister to school,” he adds, “that’s where I’m at.”

Yesterday’s Gone is out on AMF records now.

Linkedin
RELATED ARTICLES
OTHER ARTICLES
One year on from the fall of Afghanistan to the Taliban, Tiara Ataii speaks to those who have been forced to make the treacherous journey to Europe for safety, and the barriers and horrors they have faced.
Photographer Bud Glick recounts documenting everyday life in the area, and what it taught him about the Chinese immigrant experience.
Susan Pektaş’s new photo series delves into multiple cultural layers of the region with a touch of personal mysticism.
Protestors gathered outside Downing Street following the latest atrocities committed by Israel against Palestinians living in the besieged strip.
Following the release of his latest album, the rapper talks about finding a new approach to songwriting, attitudes to poverty, and why his music is more than a political statement.
With the UK now set to run out of vaccines, people working in the sex industry – particularly outside of major cities – have been left especially vulnerable, reports Brit Dawson.