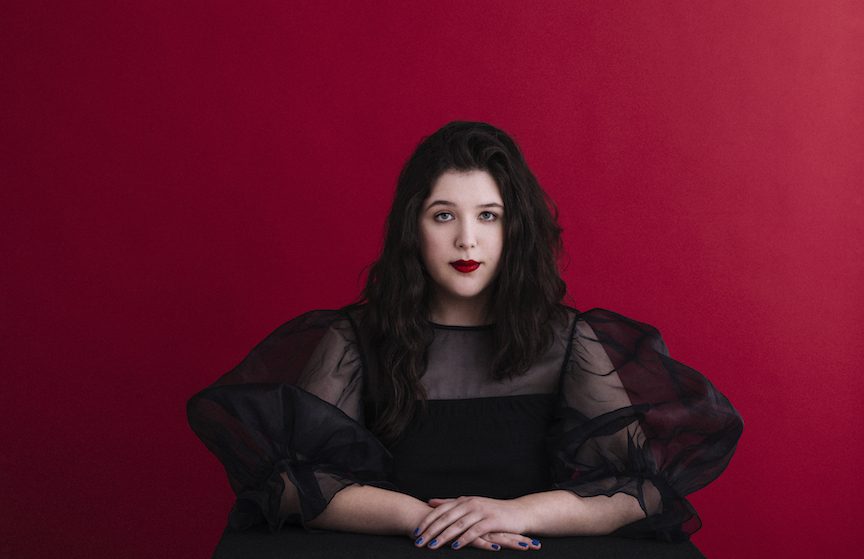 The singer-songwriter opens up about her intimate lyrics, embracing change, and future boygenius plans.

As she tours her latest album, the singer-songwriter opens up about her intimate lyrics, embracing change, and future boygenius plans.

With her third studio album, Home Video, Lucy Dacus blossomed into a master storyteller. Released on Matador Records in the summer of 2021, its eleven tracks offer blistering accounts of relationships – from friends and family to lovers and admirers. The Richmond native has a turn of phrase, empathetic on the one hand and sharply acerbic on the other. It has the ability to make listeners stop in their tracks. But Dacus avoids the pitfalls of songwriting cliché, forcing her audience to reckon with their lives every bit as she is reckoning with hers.

Her first two albums, No Burden (2016) and Historian (2018), positioned her as one of her generation’s most noticeable new voices, and when she, Phoebe Bridgers and Julien Baker formed the indie rock supergroup boygenius in 2018, it felt like a major moment. She relocated from Virginia to Philadelphia shortly before the first lockdown, and is touring the UK this month – her first visit to these shores in three years.

The songs on Home Video were already written when she was last here, and recorded shortly thereafter, so she has had plenty of time to get used to the fact that she would be sharing such personal stories with the world. Although, as she revealed while preparing for her flight to the UK, she feels that she can get a lot more personal than this yet. 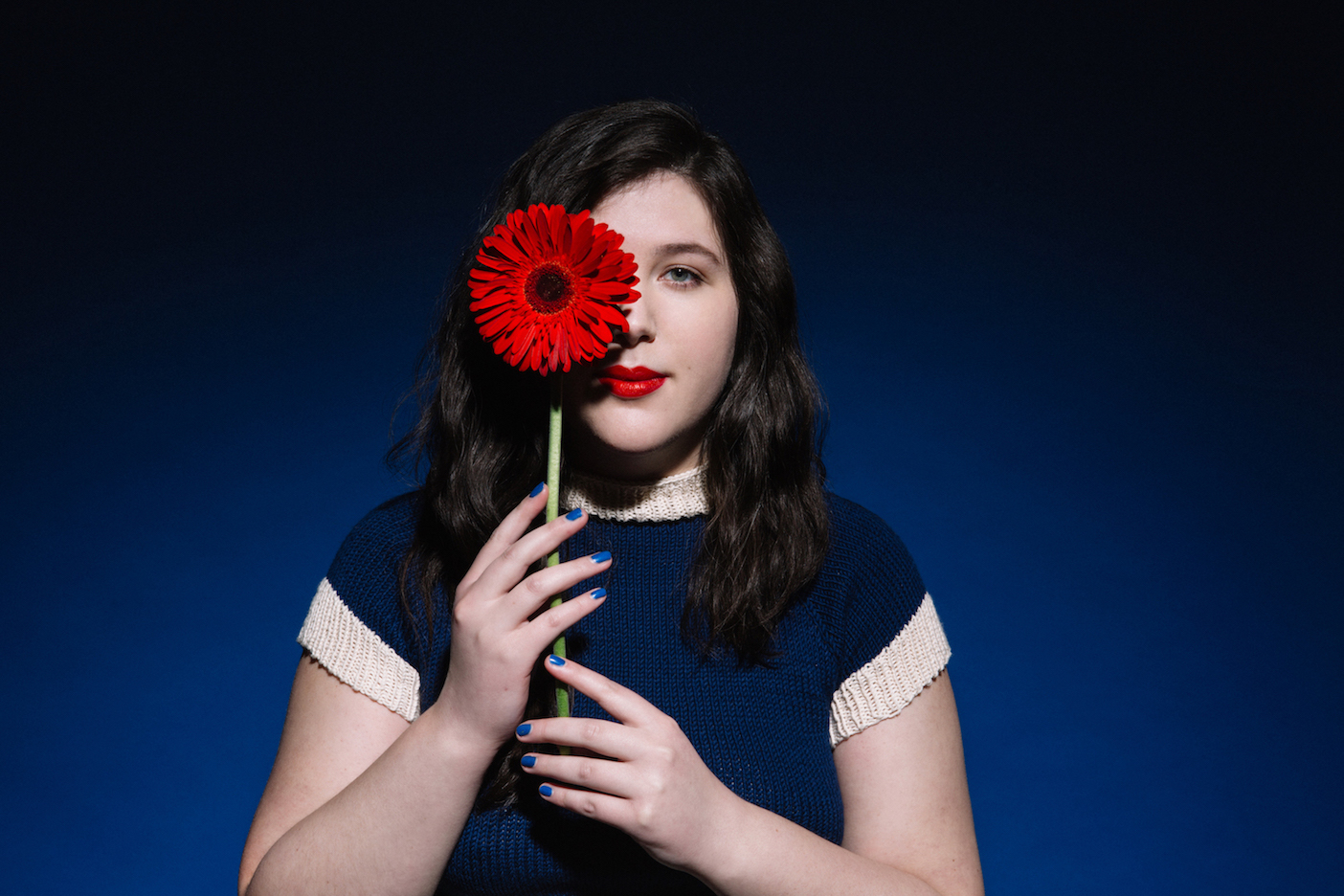 It must feel like you’ve been living with this album, Home Video, for an awfully long time. It’s been out for a little under a year, but you wrote and recorded it several years ago now. At last, European audiences are about to get their chance to see it live.

Yeah, we recorded it in August 2019. I’ve known these songs for a really long time, but I knew it was going to take a long time to come out, so my trick has been to just not listen to it that much. But yeah, I’m so excited [to be coming to the UK]. It feels like there may be a pretty big difference between crowds on this tour and previous tours I’ve done in the UK.

In what way do you think it might be different?

Well, I think every date is going to sell out, which has never been something that has happened to me! I mean, some of them have, but it’s just nice to know that people like it and that they’re paying attention. I’m just glad to be finally coming over.

You’ve been touring the album throughout North America for several months now. Have you noticed differences in the way that audiences have been reacting to this material, compared with your previous albums?

I think on this one, when people get it, it feels very personal. On past records, people have connected to it, but I think I was writing more generally about feelings, emotions and states of mind. On this one, there are very particular stories, so I was worried that no one would really clue in, or that it would read more like a memoir than something that people could relate to. But actually, I think that for some reason, the more specific you are, the more people can relate. It’s gone well. 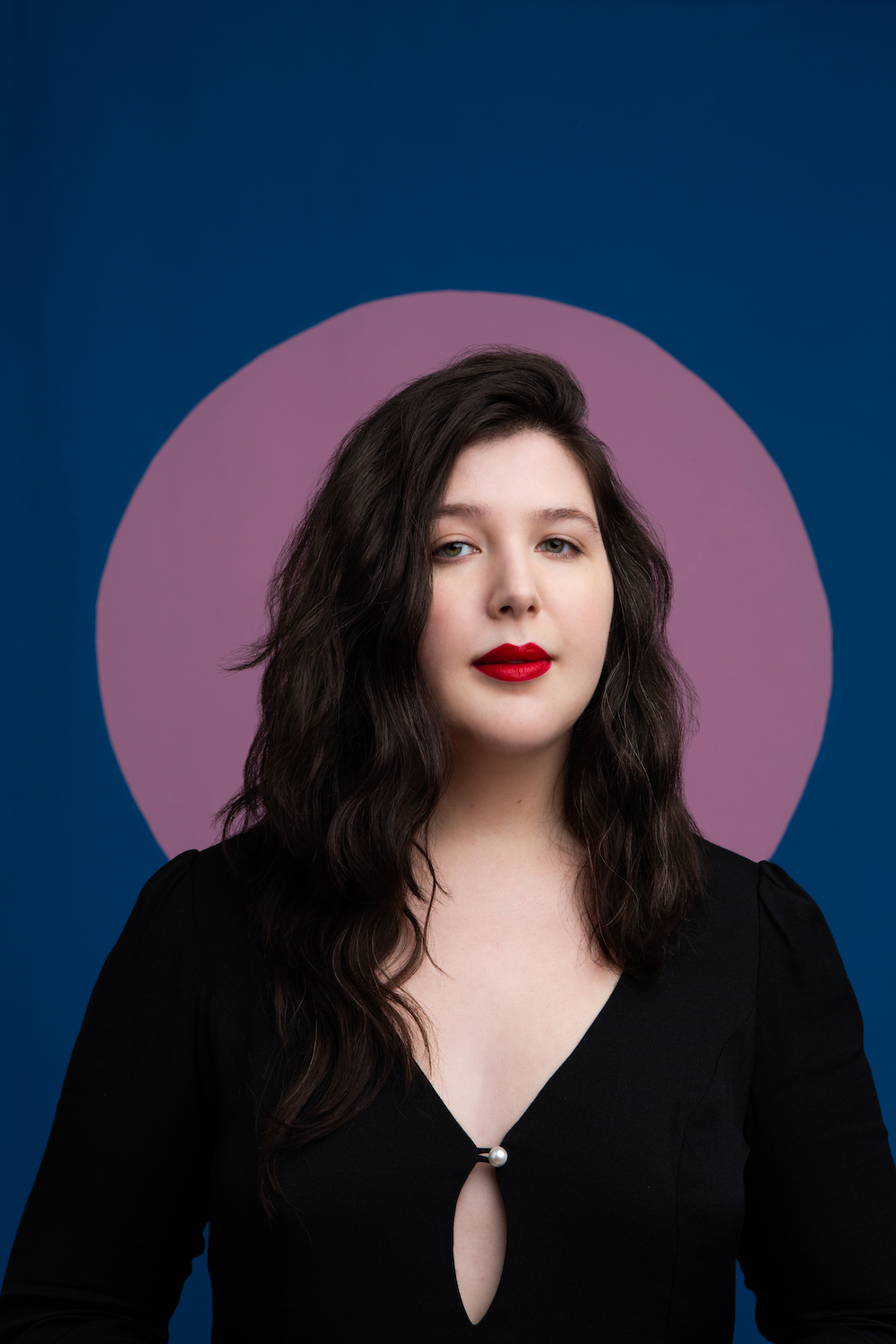 Were you anxious that, because these songs document such specific episodes from your life, they wouldn’t necessarily translate into relatable tales for listeners?

Yeah, I was worried, but now I’m not really. It was a reminder that I don’t need to be worrying about whether what I make resonates. That’s not the goal. It’s something that’s really nice, but ultimately my goal is to make something that feels true to me. I am really happy that people can relate or find solace, but I don’t think it should be the goal, because then I’ll start writing from a place that is external to myself.

Do you think you had to write your first two albums in order to get to the point where you are able to write like this?

I think so. The first and second records I wrote when I was still living in Richmond. I wrote most of those songs without a fanbase, so the only people that I would be sure of playing them to were my family and friends, and so I didn’t want to call anybody out too hard. Now that the fanbase is larger, I’m like, well, none of these people know who I am or know who I’m singing about, so I feel like I can get a little more specific, and I’m actually more protected because of that distance. 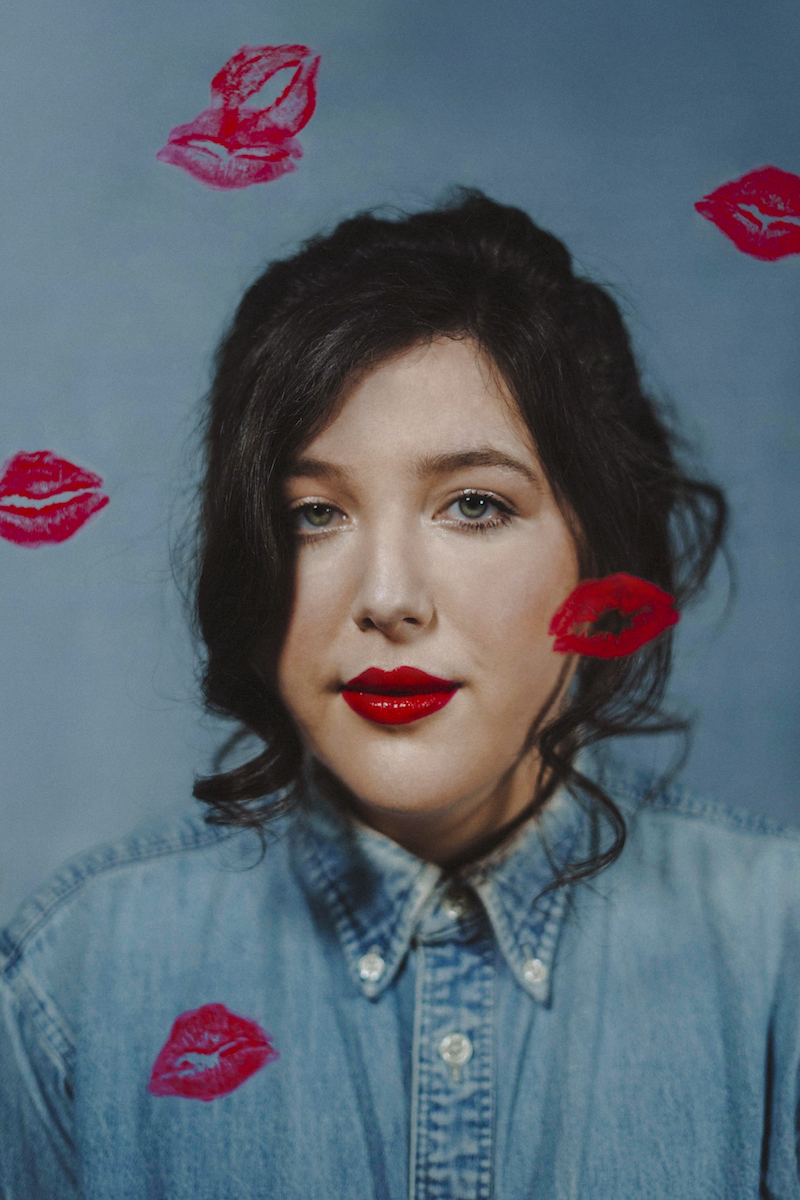 In a weird way, the more people that are listening, the more freeing it is.

Yeah, it feels like the wider the grounds for interpretation are.

People are definitely still relating to these songs in a deeply personal way. Are there more anecdotes from your life still in the vault waiting for future album releases? Or do you see yourself moving on again to a different style?

I think the answer is yes, I do have more stories like these, but I wonder if that’s what I will do. I think all storytelling is innately nostalgic, in a way, because you have to be willing to look back in order to understand anything. I’ll probably not stop thinking about or writing about the past, but I don’t want that to be the sole definition of what I do and who I am. I want to bring my writing into the present moment a little bit more. All these songs are very personal, but they are all about other people, apart from ‘Hot and Heavy’, which is written to me about me. Otherwise, I’m talking about myself through the lessons I learned from other people. I’m just trying to build up the courage to talk about myself more thoroughly.

When you say you want to build the courage to talk more about yourself, what makes you hesitant to do that?

I think I’m worried about the nature of recording and saying, ‘This is who I am’. Then by the time it’s out, I’m different. Then 20 years from now, I’m different, and people still think of me in the way that I introduced myself 20 years prior. I can’t avoid doing that with my favourite artists. I think about Patti Smith and reading [her 2010 memoir] Just Kids, or when I saw her perform, and thinking about something really deep in her past.

I guess I’m worried about getting stuck in my youth, per other people’s view of me. I think that happens to a lot of people in entertainment. People become a fan of who you were when you were twenty. So yeah, I think I’m worried about being stilted and not being good at change, but I dunno, I feel like I should probably get over it, because I really do respect people that can write about themselves very honestly and also show their bad qualities… I think it’s pretty brave and also really special to listen to. It feels good to watch somebody else admit their faults. 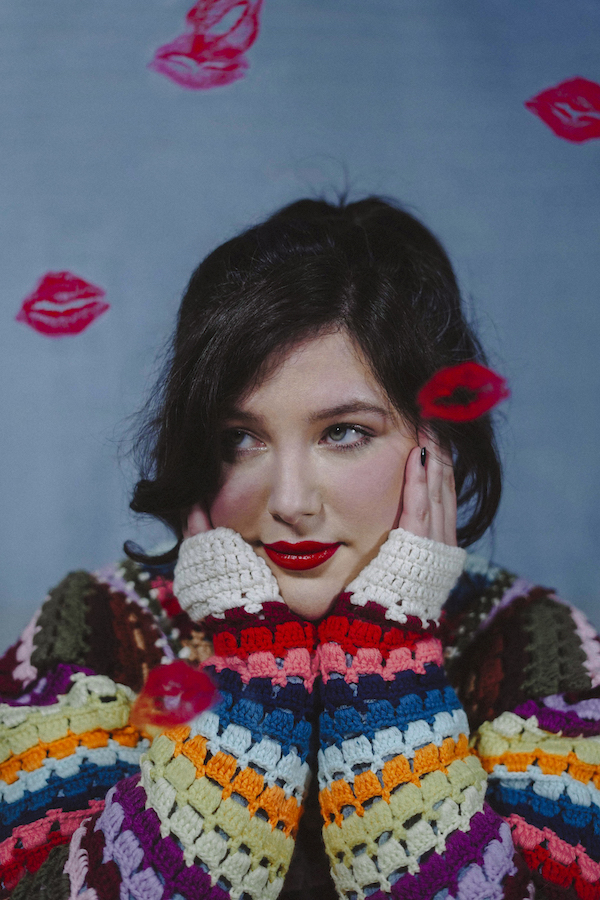 Are there any songs that are too difficult to play? I’m thinking in particular of ‘Please Stay’, which details your relationship with somebody considering ending their life.

‘Please Stay’ we don’t play every night, if I’m feeling a little too vulnerable. Like, I don’t want to get on stage and cry. I won’t put myself in that situation if I think that it could happen. Even though people would be supportive, I don’t know, it takes me out of the moment. But I think some people show up to hear that song, so we do play it sometimes.

You’re playing through the summer festival season. Do you know what your plans might be beyond that? Is there any talk of more boygenius activity?

No plans about that, but you know that if anybody wants that to happen, it’s us. The three of us are the biggest boygenius fans. We relate to everybody’s cries for more.

Home Video is available on most major streaming platforms.

Linkedin
RELATED ARTICLES
OTHER ARTICLES
Thousands attended the annual event this year to wheelie through the city and call for ‘knives down, bikes up’.
The idea that a younger generation is abandoning work has become a popular narrative online, but it doesn’t necessarily reflect reality.
As the Scottish government announces a rent freeze, an activist with Living Rent who fought and won shares how they did it, and what must come next.
A new project is documenting formerly incarcerated people as they transition back into civilian life.
In his 2008 series, the photographer pictured himself as Angela Davis, Martin Luther King Jr., Malcolm X, and other prominent figures.
Ahead of the release of their first collaborative album, the producer and rapper talk psychedelics and the state of UK hip hop.