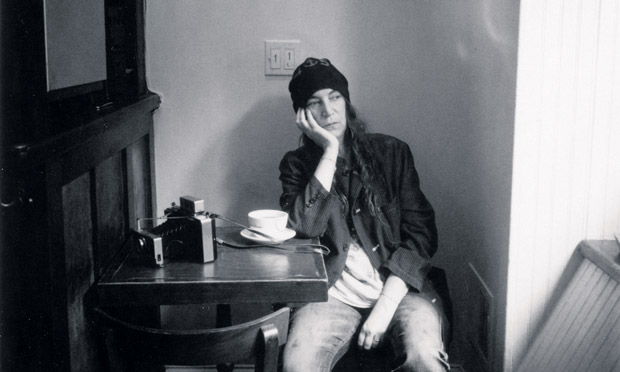 The queen of the New York underground is back with another autobiographical book after her 2010 bestseller Just Kids.

The queen of the New York underground is back with another autobiographical book after her 2010 bestseller Just Kids.

Patti Smith has announced that M Train, the follow up to her acclaimed memoir Just Kids, will be published on October 6, 2015. Obviously, this is very good news. Some might even go a step further and describe this as fantastic news and the only thing they’ll read for months. Either way, more Patti for your money ain’t no bad thing.

M Train looks to plot 18 of the most significant ‘stations’ in Smith’s life. According to Pitchfork: “It begins in the tiny Greenwich Village café where Smith goes every morning for black coffee, ruminates on the world as it is and the world as it was, and writes in her notebook. We then travel, through prose that shifts fluidly between dreams and reality, past and present, across a landscape of creative aspirations and inspirations: from Frida Kahlo’s Casa Azul in Mexico, to a meeting of an Arctic explorer’s society in Berlin; from the ramshackle seaside bungalow in New York’s Far Rockaway that Smith buys just before Hurricane Sandy hits, to the graves of Genet, Plath, Rimbaud, and Mishima. Woven throughout are reflections on the writer’s craft and on artistic creation, alongside signature memories including her life in Michigan with her husband, guitarist Fred Sonic Smith, whose untimely death was an irremediable loss. For it is loss, as well as the consolation we might salvage from it, that lies at the heart of this exquisitely told memoir, one augmented by stunning black-and-white Polaroids taken by Smith herself.”

In honour of this simply wonderful news, here’s a concise list of Patti’s best and brightest which was in no way easy to compile. Do you know how many bangers she’s got? Arguably, this could have just been ‘Easter’ and ‘Horses’ back-to-back with a few others thrown in for good measure.

So, yeah, here are some of Smith’s best tracks…

When she spoke to Rolling Stone about ‘Piss Factory’, Smith said: “What ‘Piss Factory’ is about is: someone who in the midst of the dead felt alive.” It comes across pretty clear in this track, but what really hits in her refusal to continuing living that dead life. As the piano builds and Smith gets gradually more impassioned toward the song’s climax, the sense that actually she will get out alive and be a big star sounds less desperate and more prophetic with every note and syllable. It’s an ode to those doing the shit jobs and know they could, and should, be doing so much more with their lives.

Probably her most well-known track, ‘Because The Night’ originally started life as a Bruce Springsteen track. The story goes that The Boss didn’t want to record another love song and so Smith picked it up. She didn’t have to go far to pick it up, though, as she was recording in the studio next door. Instead of just recording the track and putting her name to it, Smith took the song, kept that banger of a chorus and rewrote the verses herself. Springsteen has played it live with her countless times, and with his original lyrics, but had it not been for producer Jimmy Iovine passing it from The Boss to Smith, this might have never been made.

Smith had a good ol’ warble on this upstroke-friendly track that’s deceptively cheery when you contrast it with the lyrical content. In a 2005 interview with The Guardian, Smith said that’s it isn’t actually about suicide after all. The song was written after a falling out with her sister, Linda, and was left in a drawer until, as they say, “They were pulled out and given an incongruously jaunty reggae backing.”

That first line is everything that Patti Smith was about. An enormous statement that’s snarled out with the air that she couldn’t give less of a fuck about what you think. From there on, it just builds and builds and builds and builds until that bloody terrific crescendo. The song stemmed from a poem Smith had written as a final casting off of her Jehovah’s Witness upbringing called ‘Oath’. Legend goes that she first performed it infront of poetic heavyweights like Allen Ginsberg.

Because life can’t all be Horses and Easter. This one was dedicated to Smith’s late husband Fred ‘Sonic’ Smith, a guitarist in MC5, who passed away 1994 aged 45.

Linkedin
RELATED ARTICLES
OTHER ARTICLES
Indie filmmaker Jem Cohen is having his first UK retrospective ever at the Whitechapel Gallery, London. And here's why you might be more familiar with his work than you think.
As Greek radical left ruling party Syriza embrace the sounds of Patti Smith, we consider some other even more unlikely songs that became protest anthems.