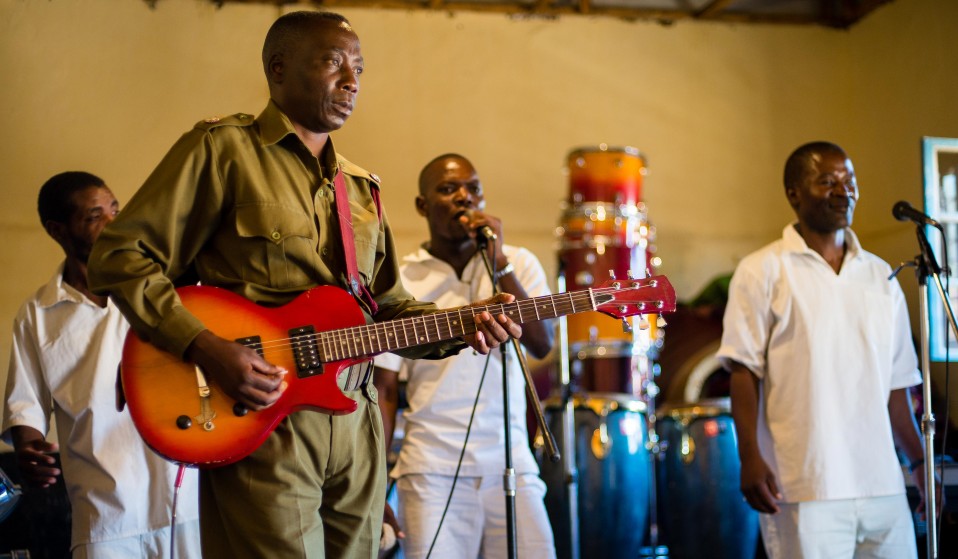 A notorious Malawi prison has produced an unlikely success: a critically acclaimed album brimming with the power to heal.

A notorious Malawi prison has produced an unlikely success: a critically acclaimed album brimming with the power to heal.

Zomba prison is a crumbling, high-security penitentiary in the south of Malawi, blighted by years of overcrowding. Designed to house 300 people, it now holds over 2,000. Food shortages are frequent, HIV is commonplace and there is little electricity or running water.

But in February, inmates at Zomba became the first Malawians to be nominated for a Grammy Award. Their album I Have No Everything Here is a project initiated by Ian Brennan, a producer who has collaborated with everyone from Lucinda Williams to TV on the Radio.

Ian has worked in Malawi for years, both as a music producer as well as a specialist in violence prevention and anger management. Together with his wife Marilena Delli, a filmmaker and photographer, they set out to translate marginalised voices into song.

“Whether it’s the UK, China or a country in Africa, the most under-represented in any population is its prisoners,” Ian says. “Those are the individuals that tend to be ignored, censored or even maligned by a lot of people. So we took a leap of faith and went down there not knowing what we would find.” 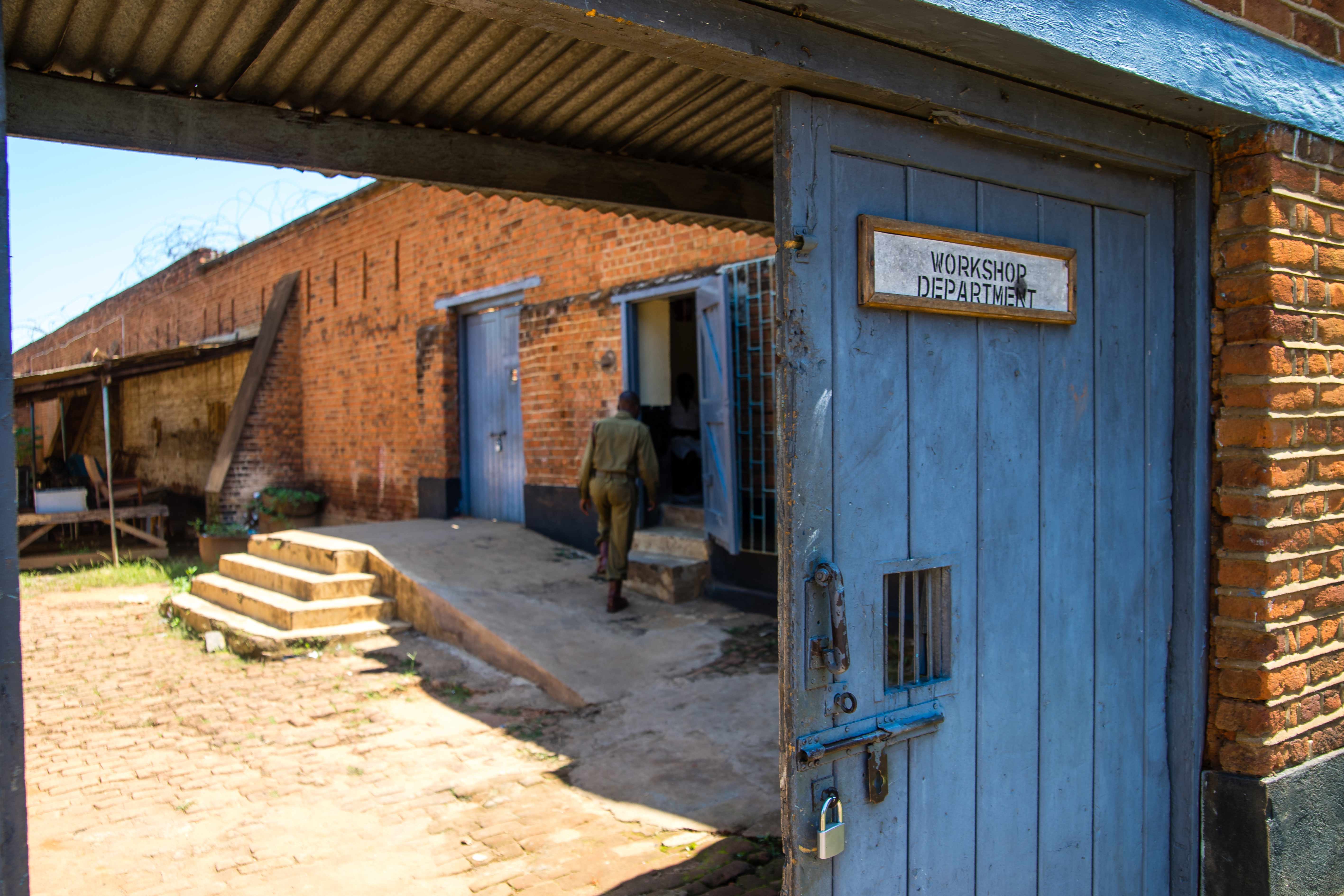 That leap wasn’t quite as big as they anticipated, however. Music was already being composed within Zomba, as a collective of male inmates had long been drawing from their personal stories. It was a development encouraged by prison officials, who in recent years have given the band a room with electricity where they can practice, along with instruments and a small sound system.

Those who haven’t earned such privileges remain perpetually locked inside. Creatively speaking, however, Ian believes that “allows them to be more in touch with the sadness beneath the anger and, through that introspection, to sometimes change their outlook and past behaviours”.

One such case is Chikondi Salanje, a thirty-three-year-old due to be released this year following a sentence for robbery. “The band and music project have given me the platform to realise my potential and put me on a map,” he says. “This has given me confidence that I can produce music and even earn a living through it after I’m released.”

Zomba’s female population, however, have no access to instruments apart from two small hand-drums, meaning they have to turn to everyday items – like the pipe they cook with and a bucket they urinate in – as a source of percussion.

Perhaps unsurprisingly, the women were reluctant to contribute at first. Laying bare your soul is difficult enough, let alone in an environment hesitant to support any form of self-actualisation. But just as Ian and Marilena were about to leave one day, a woman launched into an impromptu song, inspiring others to join in.

“I think there was a lack of confidence,” Ian says. “They didn’t feel like they were singers or songwriters, yet almost all of the songs they ended up contributing were instant compositions… They were just the most intimate, revealing and melodically rich.” 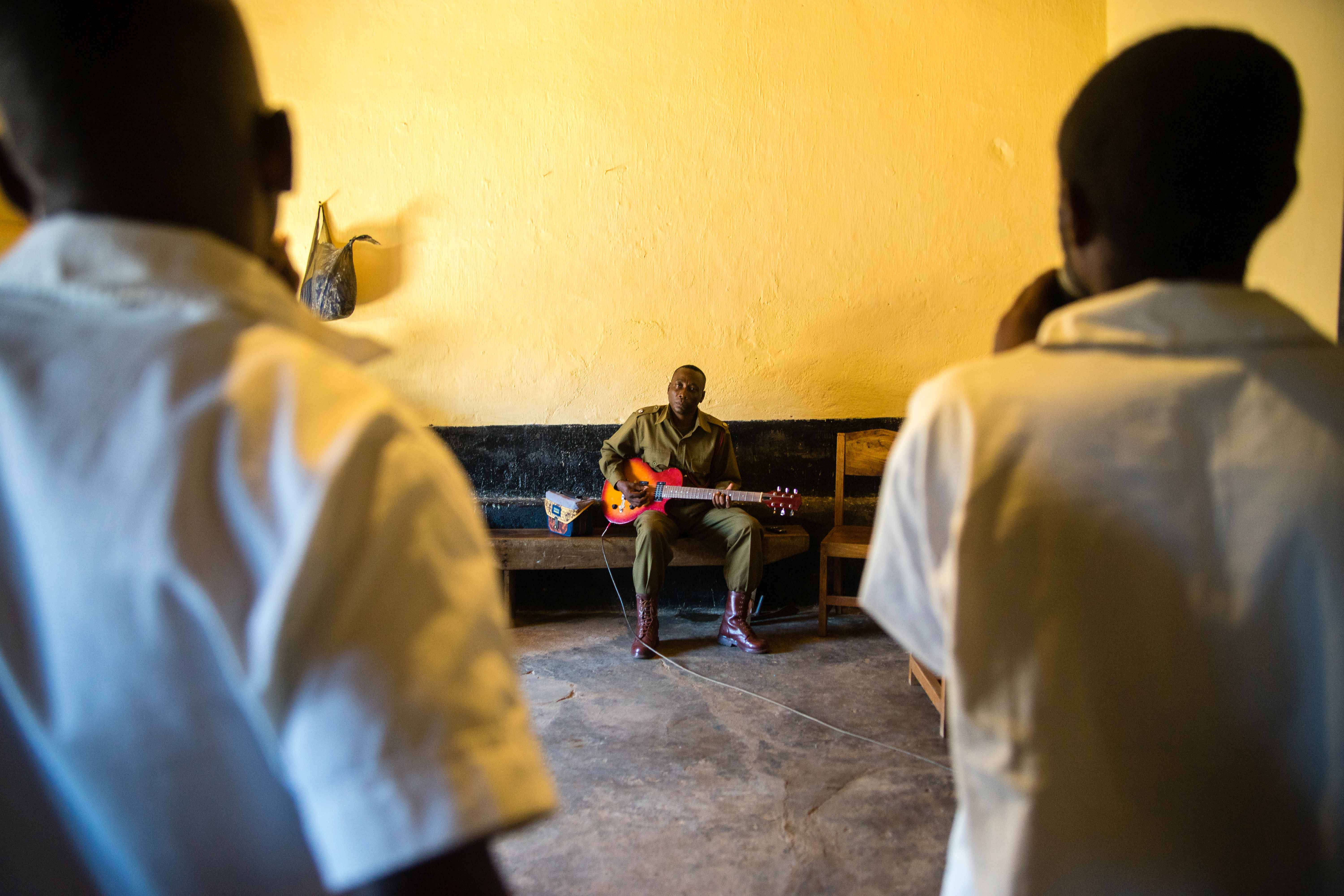 The artists behind I Have No Everything Here are aged between twenty-two and seventy, their crimes varying from theft to double homicide, their sentiments oscillating between joy and despair. But as immediate as that can sound on record, the depth of emotion behind it all can be more complex than most people realise.

“Certainly, anger is the smokescreen that masks the more primal and necessary emotion for survival: fear,” Ian says. “I think the younger men held for more minor crimes seem to have the deepest sadness. Because what they’re being subjected to is so severe. In some ways, it might be more damaging to be twenty-two and only there for two years. The men that have been there for decades – they have to make peace with it. Otherwise I don’t think they’d survive.”

While some Zomba inmates have committed serious crimes, many are incarcerated for homosexuality, which remains an offence punishable by up to fourteen years in prison, while many criminal trials stem from accusations of witchcraft.

The chances of being granted a fair trial are also slim. Hearings are in English, meaning only those with access to education are able to decipher the words that could determine their future. “The commissioner of the prison has said that he believes around eighty-five per cent of inmates are illiterate in Chichewa,” Ian says. “They don’t speak English either, so when they go to their own hearing, it’s like being tried in a foreign language in your own country.” 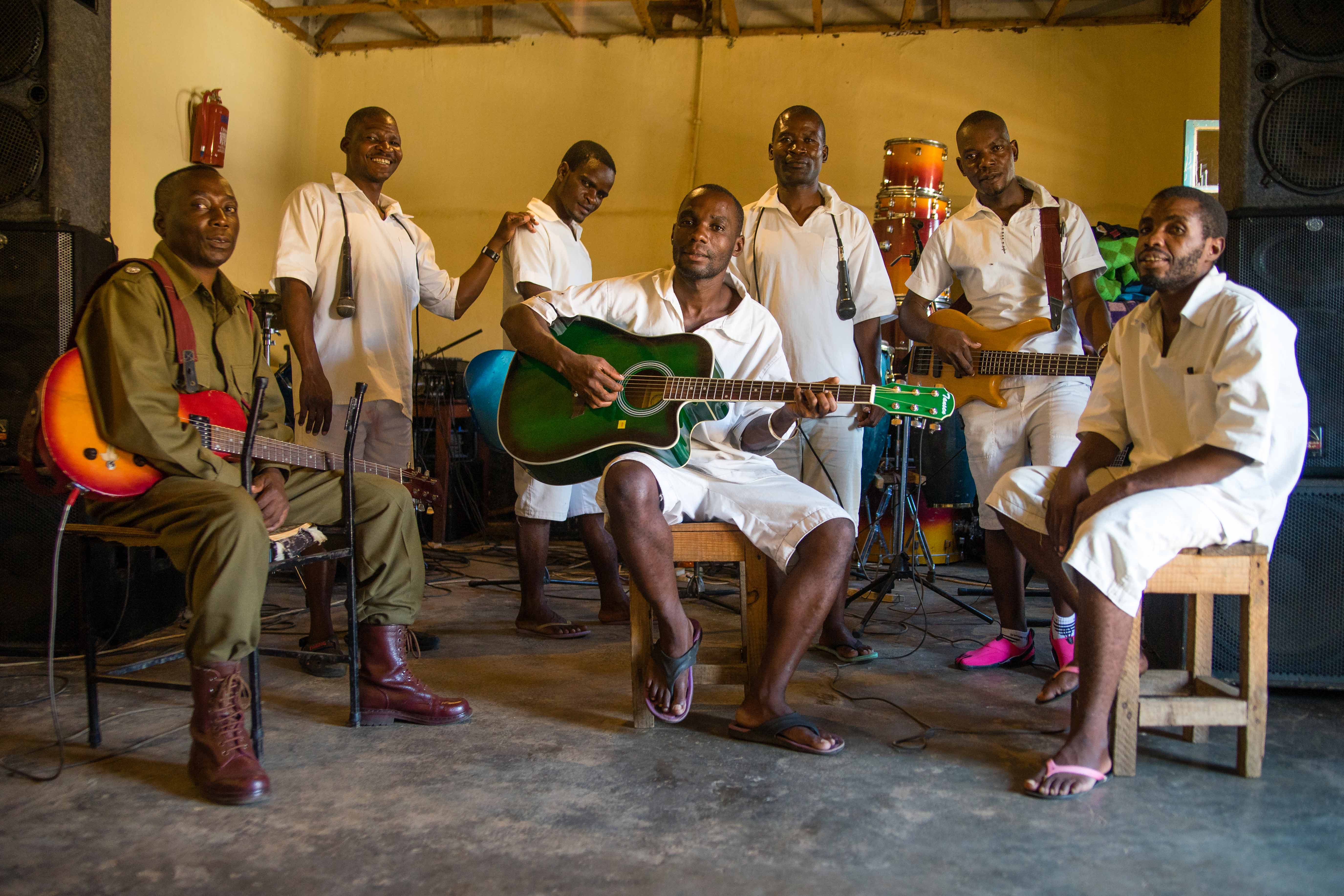 He hopes to use the record’s success to help fund legal representation for those appealing their sentences. Progress has already been evident on the ground, as a result of work by local NGOs including F.A.L.M.I. and the Prison Fellowship. So far, three female inmates have been released on appeal, with further cases currently under review.

“Music has healing power,” Ian stresses. “I’m certain that there’s good in academia and in speeches and in political movements. But in the end, what tends to bring the big advances are often things that bypass the intellect and come in the backdoor. That’s usually music. In the prison, it’s a way for people to express themselves and to be heard. For most people, that’s all they want.”

Linkedin
RELATED ARTICLES
OTHER ARTICLES
A new film from Berghaus traces the story of Adam Raja, who left behind a turbulent upbringing to discover the healing power of climbing.
Yohon Tatum, aka Legendary Father of the House of Tisci, reflects on nurturing a new generation of talent.
David 'Dee' Delgado’s photo project is about honouring and uplifting the city of his youth, and a world rapidly disappearing under the relentless onslaught of gentrification.
From snake handlers to mardi-gras revellers, Tom “TBow” Bowden’s photos provide a snapshot of the wonderful and weird people who make up America.
Activists and campaigners are fighting back against new laws that would seriously undermine the ability to take industrial action, calling it an attack on fundamental workers' rights.
After fleeing the war in Ukraine, people are finding it impossible to secure affordable and decent housing in the UK.