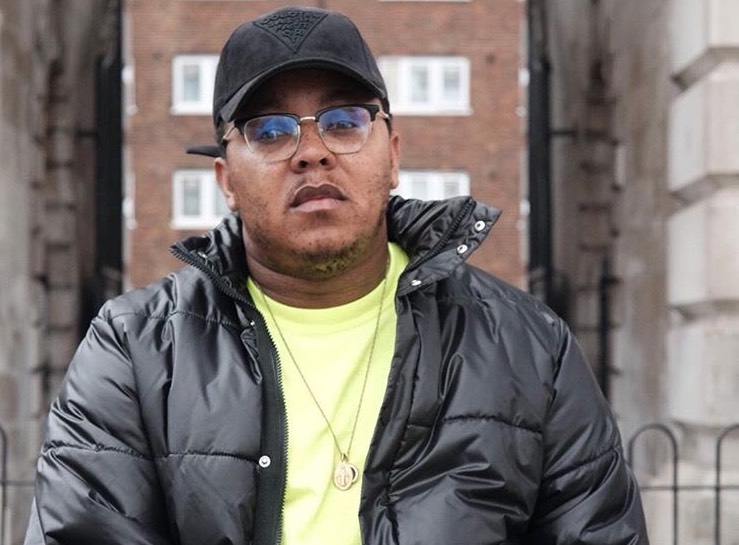 The London MC is challenging the idea of a single narrative, creating a series of calls-to-arms for anyone that considers themselves an outsider.

In his music, the London MC is rallying against homogeneity, creating a series of calls-to-arms for anyone that considers themselves an outsider. “There has to be more than just one narrative in grime,” he says.

There’s a high-rise flat somewhere in Woolwich, London from which Manga Saint Hilare regularly surveys the world. However, on this occasion, he’s been interrupted by a man on a scaffold. “They’re cleaning my block,” he explains. “I just saw a man’s face at my window, and I live on the sixth floor!”

Before the errant window cleaner derailed his train of thought, the grime MC – real name Matthew Reid – was in full flow, talking about how music, marketing and, indeed, London itself had transformed since he was first handpicked by Wiley to join the legendary Roll Deep crew back in 2004.

Since that breakthrough almost 15 years ago, Manga has maintained somewhat of a low profile, until Outbursts From The Outskirts – his 2017 album, a collaboration with upstart dubmaker Lewi B – started to make considerable noise. As abrasive and direct as it was confessional and contemplative, Outbursts shunned convention and deftly revealed a talent for conceptual songwriting that few in the genre could lay claim to. It received no major accolades, no big chart positions and barely any press. Yet, numerous fans and commentators would name it grime’s best release of 2017.

In August 2018, Manga followed it up with a companion EP titled Outsiders Live Forever, a collection of songs celebrating individuality, even farther left-field than its predecessor. If Outbursts was the shape of grime to come, Outsiders operated more as a state of grime address: an exploration and appreciation of the culture in its present form, as well as a rallying cry for those, much like Manga, who exist on the fringe. 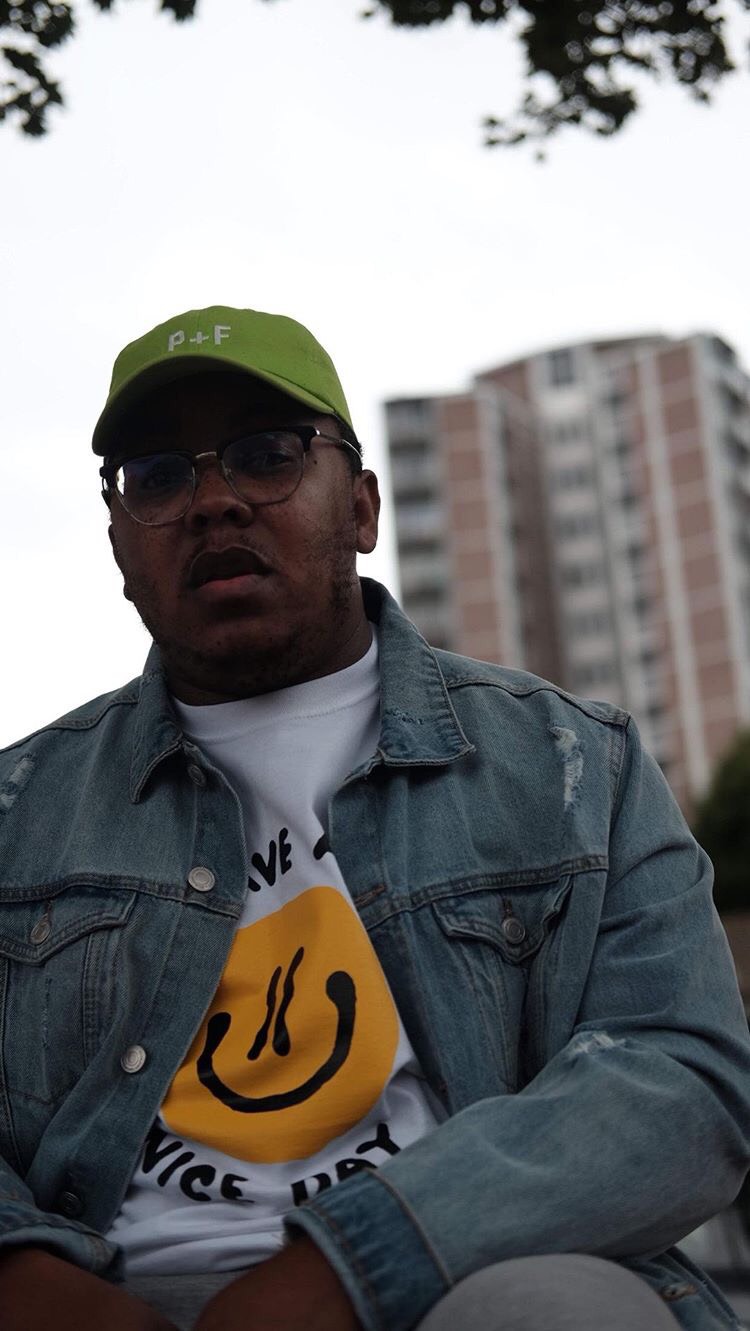 “Outbursts was more about trying to prove [something to the] ‘inside’,” he says, speaking in fast, skippy flows that mirror the way he raps. “Outsiders is more about trying to adapt to what’s going on. You know the five stages of grief? One of those is acceptance. This is where we are, this is what’s happened and this is how we’re gonna move forward.”

While his contemporaries have been busy cashing in their long-overdue cheques, Manga has continued to rally against mainstream acceptance. It’s a commitment to resilience and swimming against the tide that began during his formative years, when he watched friends pursue destructive paths with real consequences.

“I was just a kid who enjoyed creative stuff, I wasn’t coming from a bad place. Then I saw people getting licked down and going jail and I thought ‘These man have a different mentality to me’”.

For Manga, this real-life cycle – one where people get typecast to play certain roles, often having to do so to survive – is mundane and dangerous. His outsider movement is about breaking that. “Everyone that just blends in is just adding to it. But, if you set you own path and move in your own direction, someone’s gonna follow you,” he says.

The mentality was solidified during the early days of his Roll Deep tenure. Despite stiff competition from Slew Dem, Ruff Sqwad, and Nasty Crew, Roll Deep remain the quintessential grime collective of its day. Its list of former members is a veritable who’s-who of famous names, all of whom still endure over 17 years later.

Back then, in a crew full of huge stars, Manga – the upstart – would have to play second fiddle to the more established members. “I was a fan of Roll Deep before [I joined]. I heard Flowdan and Dizzee on the radio and I was like, ‘Woah’. Wiley is my favourite MC, even up till now.”

“I definitely felt overlooked at the time. They were better than me. They were already legends, so it didn’t matter how good I was on the mic, once Wiley got on and said ‘Tiger, tiger’, that was it!”

While Roll Deep members were touring and enjoying crossover success from 2010 and onwards, Manga sat back and honed his craft. With his latest releases, that learning process is evident. From front to back, Outsiders is a modern update on the Eskibeat sound which Roll Deep trafficked during their heyday. But, for Manga, it’s not about resurrecting what some feel is a dying art.

Outbursts and Outsiders’ uniqueness lies in Manga’s ability to address topics seldom broached in grime: mental health, how young men treat women, self-turmoil and the search for inner peace. “There has to be more than just one narrative in grime, more than just me being a better MC and getting more reloads,” he argues. “Even the other one, ‘My life’s so hard’. Yeah I hear that… but how are you feeling?”

He explains that the reason this approach is a rarity in grime is because the stereotyping of black artists is rife – both in the music industry and among audiences. “If you’re a young black boy with chains and girls in your videos, you’re more likely to be accepted. But what if you’re a Kojey Radical, or a Manga or a Rocks FOE. Where do them man fit in? We don’t.”

“The majority of the audience aren’t road yutes,” he continues. “So where are all these millions of views coming from? It’s just people who are obsessed with the culture and they think it’s a game.”

Nowadays, there are legions of casual fans for every one diehard. Gone are the days when grime was a world all of its own. The Stormzy and Skepta-led international expansion has all but destroyed grime’s members-only culture, but Manga admits it’s for the best. “It’s all progression. To be successful these days, you have to get middle. Genres don’t run things any more, the vibes do.”

Grime has produced a Hall of Fame list of MCs. Many of them obtained legendary status by being ready to spray sixteen, thirty-two, sixty-four bars on command. Meanwhile, there was another, smaller crop of names who created their own worlds, moods and auras: those that have bodies of work that stood the test of time. With his latest releases, Manga has undoubtedly thrown his hit into the ring belonging to the latter. He’s doing things differently – and proudly.

“I’m playing to my strengths,” he says. I’m not really good at making club singles, I’m better at telling a story. And there’s not a lot of people doing it. Rather than me having to release a banger every 4 months I can work on a project and make people live with it.” 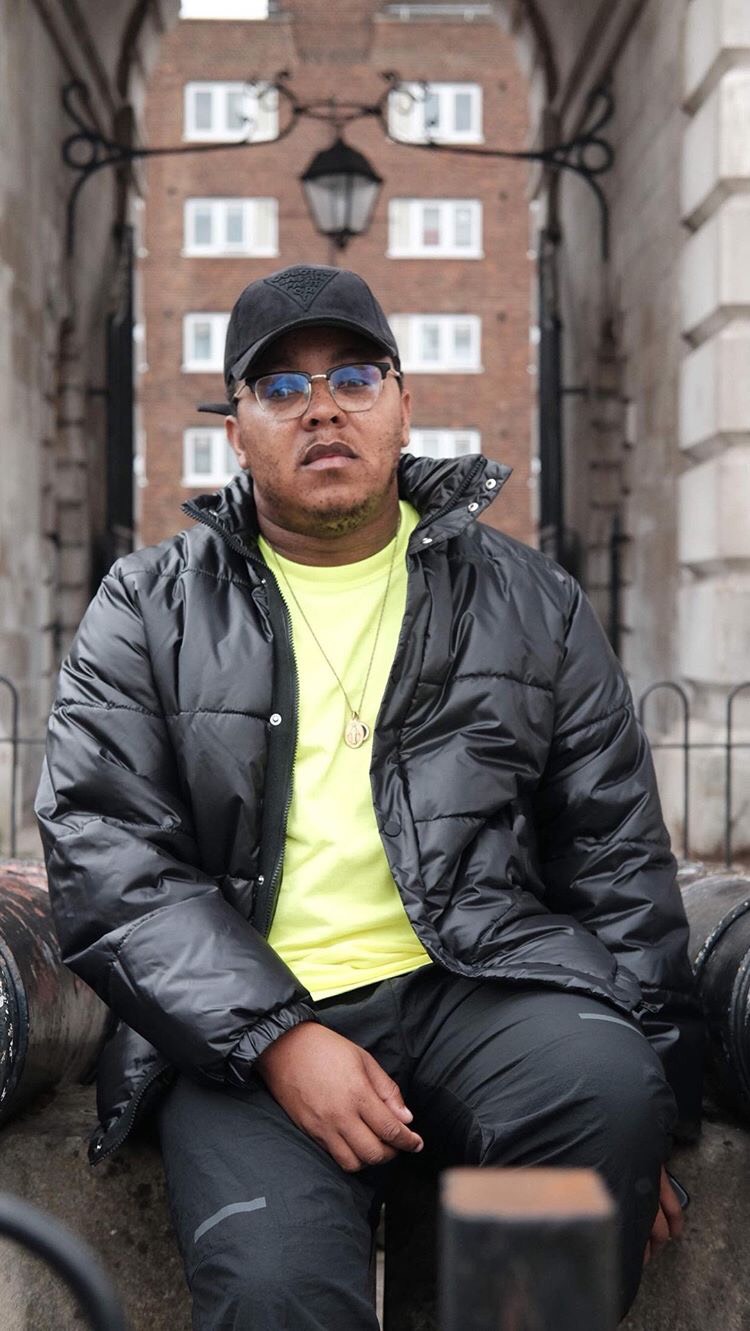 Outsiders Live Forever is out now.

Linkedin
RELATED ARTICLES
OTHER ARTICLES
The last few years have seen an increase in LGBTQ-led initiatives to feed the hungry, with many finding ways to stay afloat despite the challenges.
In the latest instalment of Photographers in Conversation, the chronicler of raves, protests and beyond explains why he’s drawn to such specifically visceral environments.
Whether it's partygate, the climate crisis or the spiralling cost of living, the fightback begins on the picket lines writes Tommy Vickerstaff
The past five years have seen a staggering increase in foodbank usage across the UK. Now, staff fear things are set to get much worse.
Finland-born photographer Sirkka-Liisa Konttinen looks back on her decades-long documentation of life in Northern England.
A new report has found that the majority of Britains approach trans issues with compassion. It’s about time this was reflected by our media landscape.