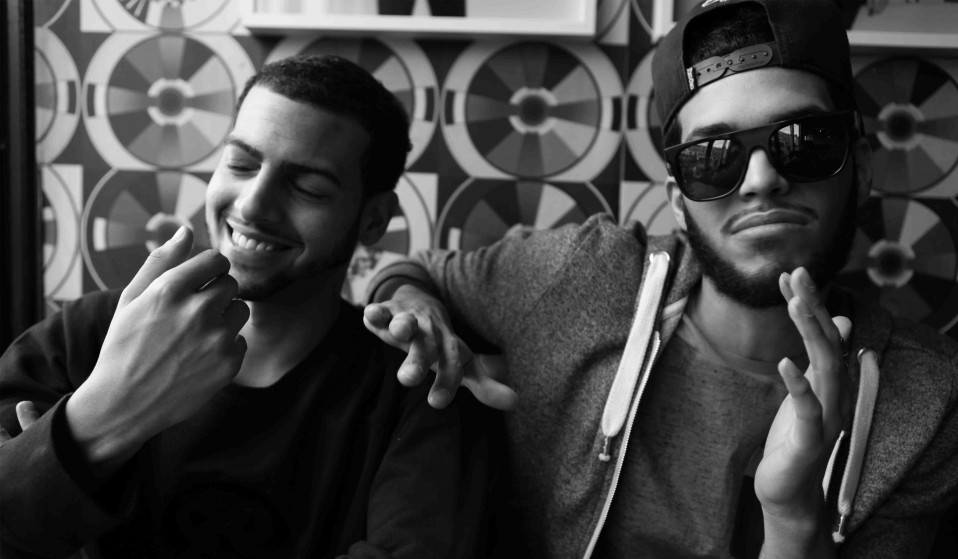 Why did you start Cutting Headz?
It’s something we’d been thinking about for years, and even our Dad was like ‘you should have your own label and be putting out your own stuff’ and that’s basically what it is, it’s us doing our own thing. We don’t have to shop labels for our records, we just want to do our own thing and be ourselves. We don’t have to worry about ‘this record sounds like this label so we’ll put it on there’.

Do you think it’s a good thing to start your own thing?
Whether it’s a good time or not we’re doing it anyway.

Do you think it’s the right time for you guys?
That’s the thing, this is something we’ve been talking about for years, and we’ve talked about it enough, it’s time for it to happen. Now is as good a time as any.

What labels were you working with before?
We’ve worked with Objektivity, they put out our first three or four releases. Also Desolat, Crosstown, Real Tone, Bass Culture, Circus Recordings, One Records, Seamless and These Days.

What challenges have you faced as you’ve started up Cutting Headz?
Just everything really, because everything’s a process. Coming up with the name, all of that. It’s not like everything came at one time but that’s why it took so long because everything came in the course of a year. But that’s the same when you start in the industry, it’s not like you just start getting gigs, it’s actually a long process. Those first five or six years we played a lot of bad gigs, not the gigs that we wanted to play. I’m not saying all the gigs were bad but we weren’t where we wanted to be. Then we were supposed to do an Ushuaia residency for a year and move to the island and literally two weeks before that happened it got shut down on us. Everything seemed to be bad, bad but we thought ‘you know what we’re just going to keep going, keep pushing, non-stop’ and we kept fighting basically. So sure enough we said fuck it, we’ll go to Ibiza anyway. We need to live there and be around the island and that’s when we played DC-10 once and from that one time it was meant to be. You just gotta keep on believing.

Are there any indie labels out there that you think are doing great things?
Definitely Tuskegee Music and Visionquest. Apollonia’s putting out some good shit.

What does independence mean to you?
Freedom. Doing what we feel. Not having to answer to anybody.

What’s the greatest lesson you’ve learned from setting up your own label?
To be patient. Everything take time, logos, this, that, everything takes it’s time so you need patience.

The Martinez Brothers Tree Town EP is out now on Cuttin’ Headz.

Linkedin
RELATED ARTICLES
OTHER ARTICLES
As the Criminal Bar Association enters its fifth week of action, criminal barrister Russel Fraser explains why the legal professionals have walked out and how action is likely to escalate.
Protestors gathered outside Downing Street following the latest atrocities committed by Israel against Palestinians living in the besieged strip.
After rewriting the indie rulebook with her devastating songs about romantic longing, the singer-songwriter is now imagining a future in which the artist is no longer a product.
Last week, Tower Hamlets council removed its nudity-restricting licensing conditions in a huge win for London’s kink community.
With the UK now set to run out of vaccines, people working in the sex industry – particularly outside of major cities – have been left especially vulnerable, reports Brit Dawson.
Photojournalist Fiora Garenzi spoke with people still living in Eastern Ukraine, an area which seen some of the heaviest fighting since the war began.