Issue Archive / Mavi is on a far-reaching quest for greatness 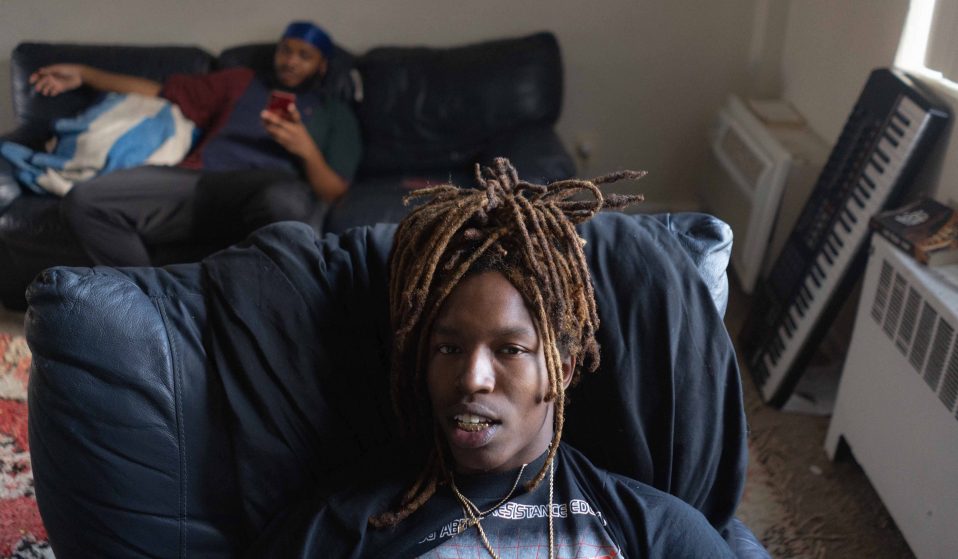 The Charlotte native is a budding neuroscientist wise beyond his years – who also happens to be one of hip hop’s brightest hopes.

The Charlotte native is a budding neuroscientist wise beyond his years, who also happens to be one of hip hop’s brightest hopes. Regardless of the subject, he’s driven by a desire to seek out answers – no matter how uncomfortable the truth might be.

Few artists will take you to the depths of their mind with more clarity than Mavi. The 20-year-old rapper is, by his own admission, naturally inquisitive. So as far as he’s concerned, nothing is off limits. His swirling stream-of-consciousness flow channels the likes of Ralph Ellison, Virginia Woolf and Earl Sweatshirt, with probing lyrics designed to teach young black people how to insulate themselves with self-love – so that the systemic hate they experience in America doesn’t feel insurmountable.

“I fucking love asking questions,” he says, speaking over the phone while wandering through LA in pursuit of chicken curry.

“I am an interrogator. I don’t think you can be a black man in this society and not be inquisitive, because this shit really doesn’t make much sense. I want to look for answers and equip my people with knowledge so that they can feel stronger.”

The Charlotte native is currently a biology major and psychology minor at Howard University, D.C., with dreams of becoming a neuroscientist. This wisdom extends into his music too: his debut album, Let The Sun Talk, felt like a beacon of light upon its release towards the end of last year, coming at a time when a dangerous nihilism had crept back into hip hop culture.

There isn’t a month that goes by without the news of a young rapper dying tragically. This makes hearing Mavi rap, ‘I got some crazy-ass results from showing kindness’ feel quietly revolutionary. On soulful highlight ‘Sense’ (produced by Earl, who has become a mentor, collaborator and source of “some fire-ass books”), he boasts that his raps are “the kind you gotta read, baby,” acutely aware that his inward-looking lyrics are just as powerful on paper as they are on beat.

For Mavi, seeing rappers’ poetic merits dismissed because of the box that culture places them in is tiring. He wants to permanently alter the cliché that generation- defining poets – something he’s more than capable of becoming – must also be tortured souls.

“This whole idea that a poet should be fatalistic and drunk in order to achieve transcendence in their work is all lies!” he says, growing animated.

“I don’t wanna be some burned-out poet. That’s a lame-ass way to live, and an idea that a white man created! The writers I want to emulate are the ones who live until they’re like 100. Black people need to live longer, bro. I want to die of old age.” 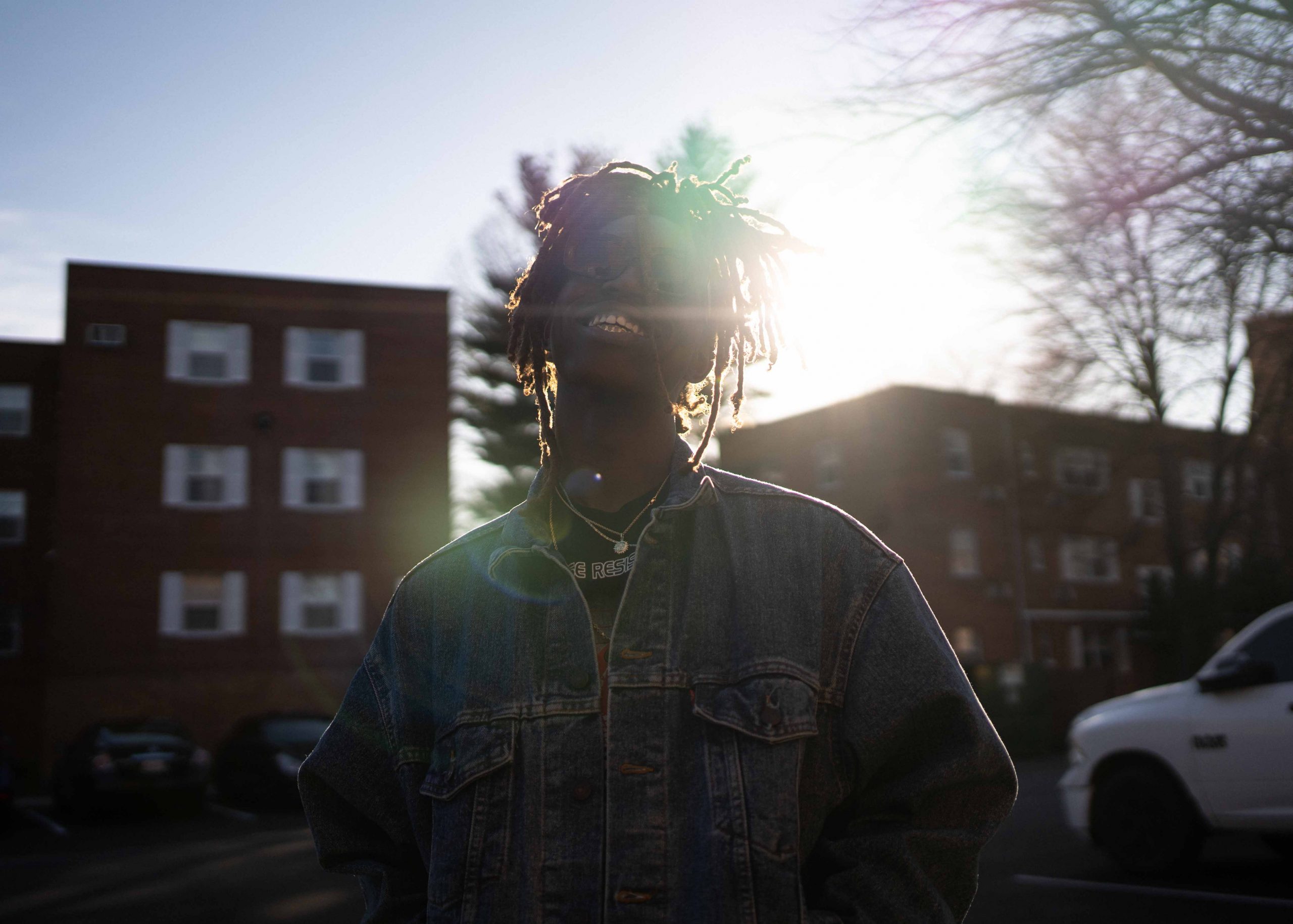 How did you get into music – your dad was a record producer, right?
Yeah. My dad would play me old Mobb Deep and Nas records, and he would try to put this southern spin on it. My granddad also played the drums, so music is in my blood, man. I would say music is in all black people’s blood – the way we react to drums is just beautiful! When I heard The Roots’ How I Got Over, I knew I wanted to rap.

Why did you call your album Let The Sun Talk?
The sun is the ultimate source of energy. It has a kinetic motion that literally lets plants grow and animals move. It heals our skin. I want to get to that kind of place as a human and heal my people. I want to be the sun.

Nearly all of the songs on there interpret joyous – if slightly melancholic – soul samples from the 1970s. What about that era speaks so profoundly to you?
Soul music was definitely about healing a culture, as it was music made while n****s was falling and dead black bodies were still cooling. America was so fucked up in the 1970s that it forced out pain from n****s who were supposed to be making funk, boogie-woogie and disco!

There was something radical underpinning the soul music that came out – a real ride-or-die mentality. The only way you can really speak to those people today is by taking a trip to prison or going to the graveyard, so I want to keep their voices alive. The reason why so much has changed in black culture is [because] so many of our bloodlines were ended. So many of our revolutionaries were murdered.

There’s an argument that rap isn’t teaching young people positive things about the world like it used to. Is that something you agree with?
Look, rappers taught me how to feed my family bro. Are you crazy? There’s definitely an arrogance to that point of view too. To call the music that the new generation of rappers are making ‘mumble rap’ – and to say it doesn’t teach someone anything – just feels like anger. Because white people are mad that young black men and women have created their own language that they don’t have access to.

I don’t know if anyone has ever been encouraged to kill people from rap. Rappers talk about having money when you haven’t had money before. That is a reason to want to live, not to die!

You rap lines like, “I remember being too inadequate to be a man.” Is it important to show vulnerability?
Definitely, that’s the only way you can heal. A lot of people say rap has toxic masculinity, but rap is the ultimate place where toxic masculinity goes to die. N****s are rapping about crying over their dead homies on a track and teaching young n****s how to be men.

Rappers literally say things they wouldn’t even tell a therapist, and that’s beautiful. Right now, black men are getting shot daily in America and no one gives a fuck. I want my music to make n****s give a fuck. That would be the ultimate creative affirmation. 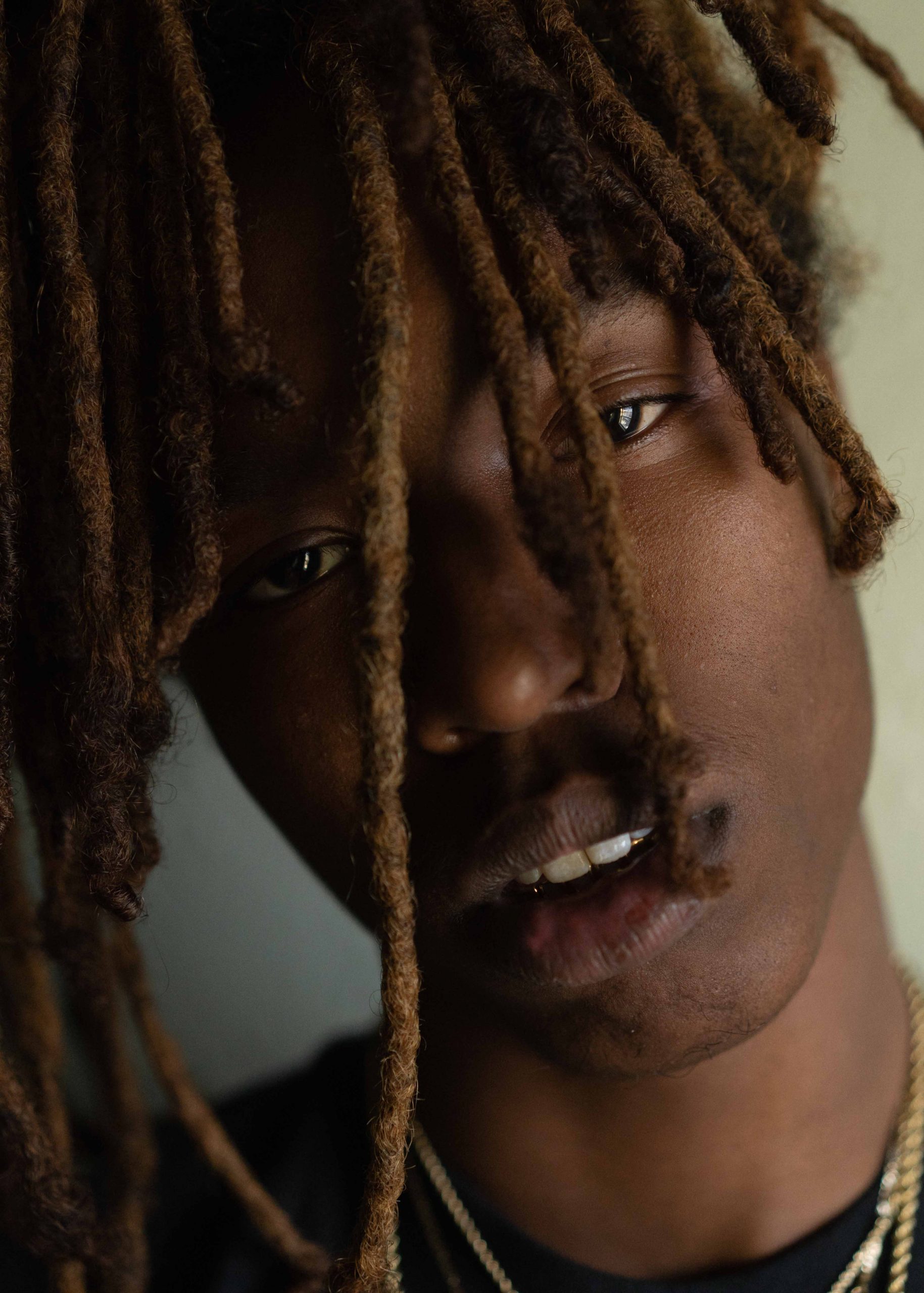 I sense you like talking in riddles and puzzles… is that level of intricacy important?
You can love one of my songs on first listen, but you won’t understand it until you live it. MF Doom taught me that. The more you live my words, the more they make sense.

You know a blue butterfly isn’t really blue and the wings are green, right? Its skin cells just reflect the light in that way. By layering my music, I can manipulate this medium in a similar way.

Your music is also about healing and empathy, but also finding answers to difficult questions. Is that accurate?
Everything I do is about finding answers. Recently I was on a plane and I saw little circles on the ground. I couldn’t rest until I found out what they were. It was angular radiation through irrigation, basically sprinklers on the ground. But finding that shit out made my whole week! [laughs] Why do black people live in way shittier places than everybody else? This is the kind of question I want to interrogate.

Does the idea of success, and getting bigger, ever scare you?
Hell no, I want to be that n***a. Getting bigger is just a mandate to make better music, but I am still a million miles away – I’m just walking to the starting line right now. My ultimate goal is for all my friends who let me sleep on their couch to be able to come sleep on my couch. That includes grandmas, cousins, friends. And I mean that both metaphorically and literally.

I know I am the best rapper, man. But I want to be the greatest ever. That is my goal. I want to hopefully be rich, too! I am not scared of money, bro. That is some self-hat- ing shit to be scared of money. Go get some n***a! 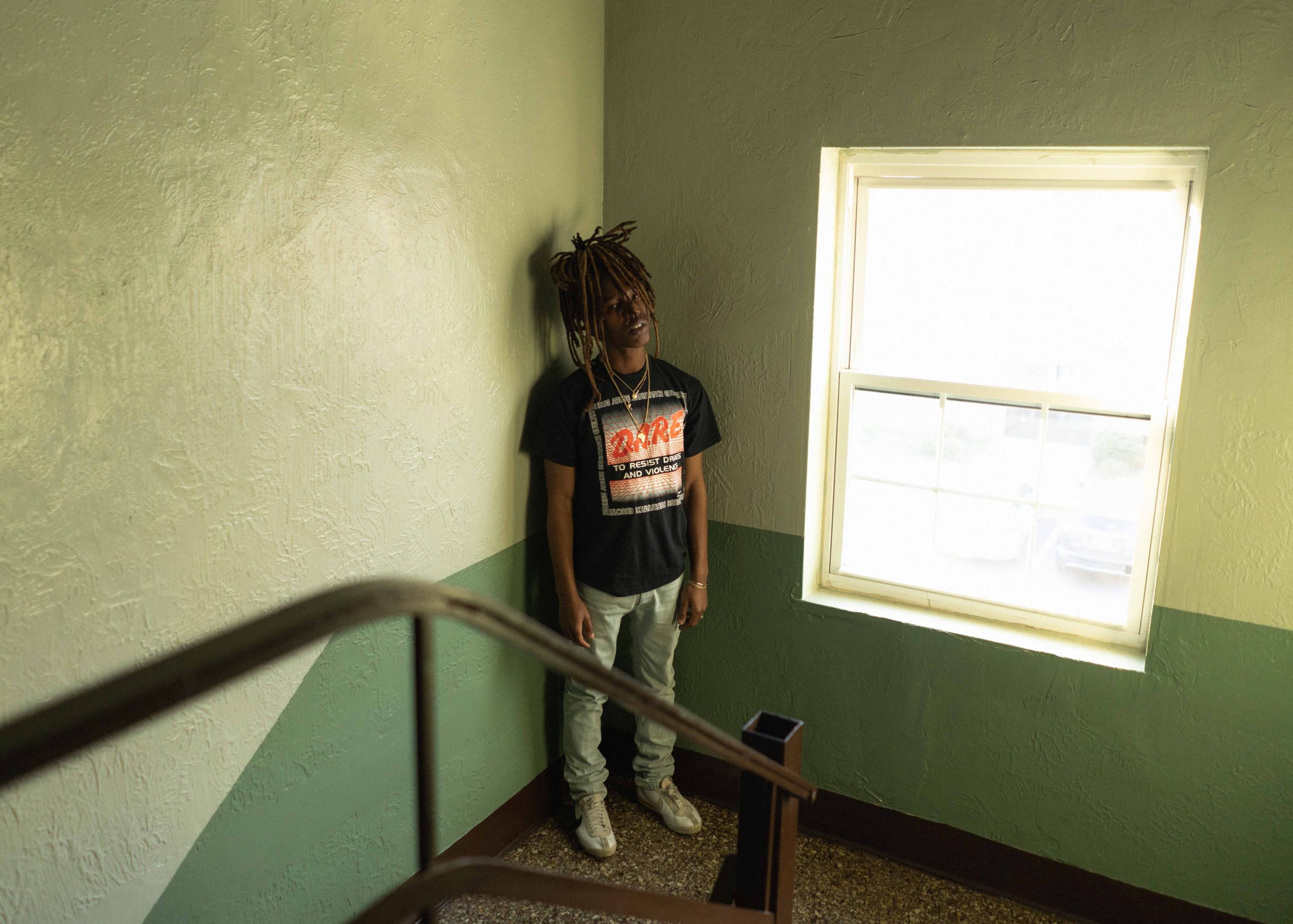 Let The Sun Talk is out now on de Rap Winkel Records.

Linkedin
RELATED ARTICLES
OTHER ARTICLES
After building his reputation covering the US civil rights movement in the 1960s, the photographer went on to produce some of the most enduring images of the past century.
Zsófia Sivák’s ongoing project documents the country’s tavern culture, preserving a once defining part of rural life.
Campaigners reflect on what the supreme court’s decision to allow buffer zones in NI means for the future of reproductive rights in the UK.
David 'Dee' Delgado’s photo project is about honouring and uplifting the city of his youth, and a world rapidly disappearing under the relentless onslaught of gentrification.
After a two-year hiatus and a new album, the Nigerian artist is riding high. Now, he wants to bring his alternative, genre-bending sound to the world.
Taking us through one of the most dynamic years in recent history, Laylah Amatullah Barrayn new photo book contains tender yet confrontational portraits.