Art & Culture / Music / Metronomy are back, but they’re not sure why 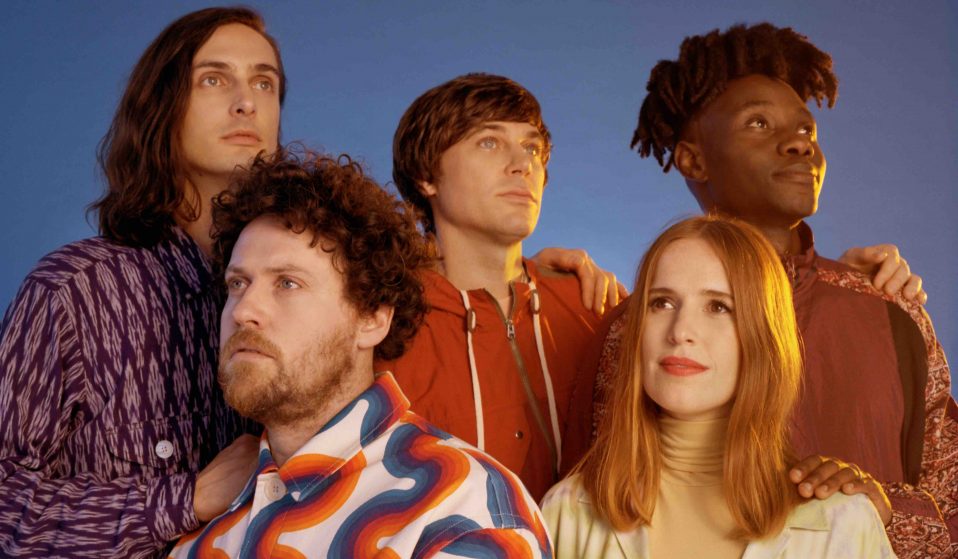 As the group gears up for the release of their sixth studio album, frontman Joseph Mount is feeling reflective: ‘I'm a 36-year-old man making music, who is trying to work out why I'm doing it and who I'm doing it for.’

As the group gears up for the release of their sixth studio album, frontman Joseph Mount is feeling reflective: ‘I'm a 36-year-old man making music, who is trying to work out why I'm doing it and who I'm doing it for.’

For all his urbanity and associations with metropolitan Paris, Metronomy’s Joseph Mount is still a west country boy at heart. Having grown up on the south Devon coast, he’s immortalised a number of teenage reminiscences in his work over the years. New album Metronomy Forever is no different; “Whitsand Bay” for instance, is named after a beach just over the Cornish border, and appears like a melancholic revenant. Metronomy is so steeped in hauntological personal memory that you could well imagine Mount to be a ponderous individual. In fact, he’s nothing of the sort.

Metronomy have just returned from touring in the US, and if the musician-producer is jet-lagged, he’s hiding it well. I meet him in the press tent at La Route du Rock festival in Saint-Malo, France which, as the crow flies, is only 144 miles across the water from his hometown of Totnes. The five-piece touring band will more than live up to their headline billing on Saturday evening with a set that’s the very definition of effervescence. As for the region we’re in: the coastlines of Brittany and the west country in England share many similar characteristics, from the seaside tat to the rugged landscape. And so it feels like meeting in a parallel universe where everything is the same and yet slightly altered. Naturally, it’s raining incessantly.

Metronomy explored the faded glamour and nostalgic drag of British seaside resorts on The English Riviera album back in 2011, with the cover art sourced from the Devon Tourist Board who’d run idyllic posters replete with palm trees back in the ’80s when Joseph was a boy. Since then, he’s released two other studio albums as Metronomy, worked with Robyn, Sophie Ellis-Bextor and Marion Cotillard. He also moved to Paris, and returned last year to Kent where he’s now bringing up his two children with his partner. On Metronomy Forever, the sixth studio album out in September, there is room for massive pop songs like “Salted Caramel Ice Cream”, and intriguing, experimental, electronic divergences like “Lying Low”. It’s an album that’s confessional, entertaining and occasionally tangential – a bit like Mount himself.

Have you noticed how Saint-Malo is like the Upside Down of the English Riviera?
It’s funny because we did a gig in Brest once, and that was before I’d been on holiday in this area with my family. Brest is the first place I went to, which is kind of the opposite Devon and Cornwall. It has that Atlantic coast feel to it and is full of crazy teenagers. I was with my girlfriend who is Parisian and she finds it completely weird there. It’s something that’s quite specific to coastal, country places. And there’s a massive indie scene in Saint-Malo as well. My girlfriend was telling me people who come from here know all the coolest music and there are definitely scenes.

Are you still in Paris?
No, I live in Kent now, which is good for the Eurostar for my family.

So have you retreated to the Home Counties like an old school rock star?
I cannot be persuaded by anyone that being brought up in a city can in any way be better than being brought up in the countryside. Learning about trees and animals and that you can’t do whatever the fuck you want at the drop of a hat is valuable. I don’t mean that in a ‘ooh, it’ll teach you about life’ sense, I mean it’s valuable as a human to appreciate all that, and to be able to go to the sea and do all that stuff.

You’re quite into the faded glamour and ’50s sensibilities of seaside towns though aren’t you?
I’m not into the aesthetic. I’m more into what you can do at the seaside. I’m not a rockabilly [laughs].

But are you not fascinated with the fact that everything is about 30 years behind?
The interesting thing about England which nobody has fucking thought about during this whole Brexit thing is that it’s a fucking island. It’s a tiny island, and the only places you can go to are within the United Kingdom. To get anywhere else you have to travel, and everyone in the UK is attached to or has a connection with water. I think the furthest you can live away from the sea is about 50 miles or something…

Is it true that in the French office of your label Because, they were amazed there was actually an English Riviera?
Haha, they were. In a way I think that’s one of the reasons that the record did very well in France, because the French thought it was a funny idea. And I found myself saying, ‘no it’s not an idea, it’s an actual thing’.

Metronomy sounds a little French, no?
Nah, it’s made up. It sounds good in most languages, which is one thing that’s accidentally quite good about it.

So is Metronomy Forever a concept album?
I find it easier to make a record when there’s a loose concept, but previously they might have been much more explicit. It isn’t a concept album but the premise of it is that I’m a 36-year-old man making music who’s kind of had a career, and is trying to work out why I’m doing it and who I’m doing it for. If it’s a concept album it’s about just being me, now.

There are a number of experimental tracks that resist that retro analogue sound that’s so fashionable and seems to embrace the digital instead. Was that intentional?
It’s deliberate in that it’s what I do. I really love making pop songs sometimes and I really love making slightly melancholy, atmospheric things. The idea of the album can slightly limit you. What I find liberating about the idea that everything’s changed, and streaming is the thing, is that all this stuff can exist together and people will willingly take those different bits to make a mixtape or whatever. The first version of the album was a 10-track pop album, and it was good, but there was no meat to it. There was nothing that felt particularly important or emotionally interesting, and it wasn’t until I started adding some of the other things that it started to come together.

A lot of your songs are based on memories, aren’t they?
I think I’m obsessed with being a teenager [laughs]. I’m probably overintellectualising it which isn’t a good idea, but the kind of connection that I had with music as a teenager was the most incredible it’s ever been. I wouldn’t just love the music of an artist, I’d love the person and the way that they dressed and everything they conjured up. I had that experience as a teenager and I’ve never had it since in the same way. I’ve liked bands, but I’ve never hero-worshipped any of them. I’m 36 now and I know that nobody is likely to look at me and hero-worship me.

But do you think teenagers obsess over music in the same way?
I think they do. Look at Billie Eilish. My kids are too young to tell me, but I’m sure there are artists that they’ll have that same connection with. 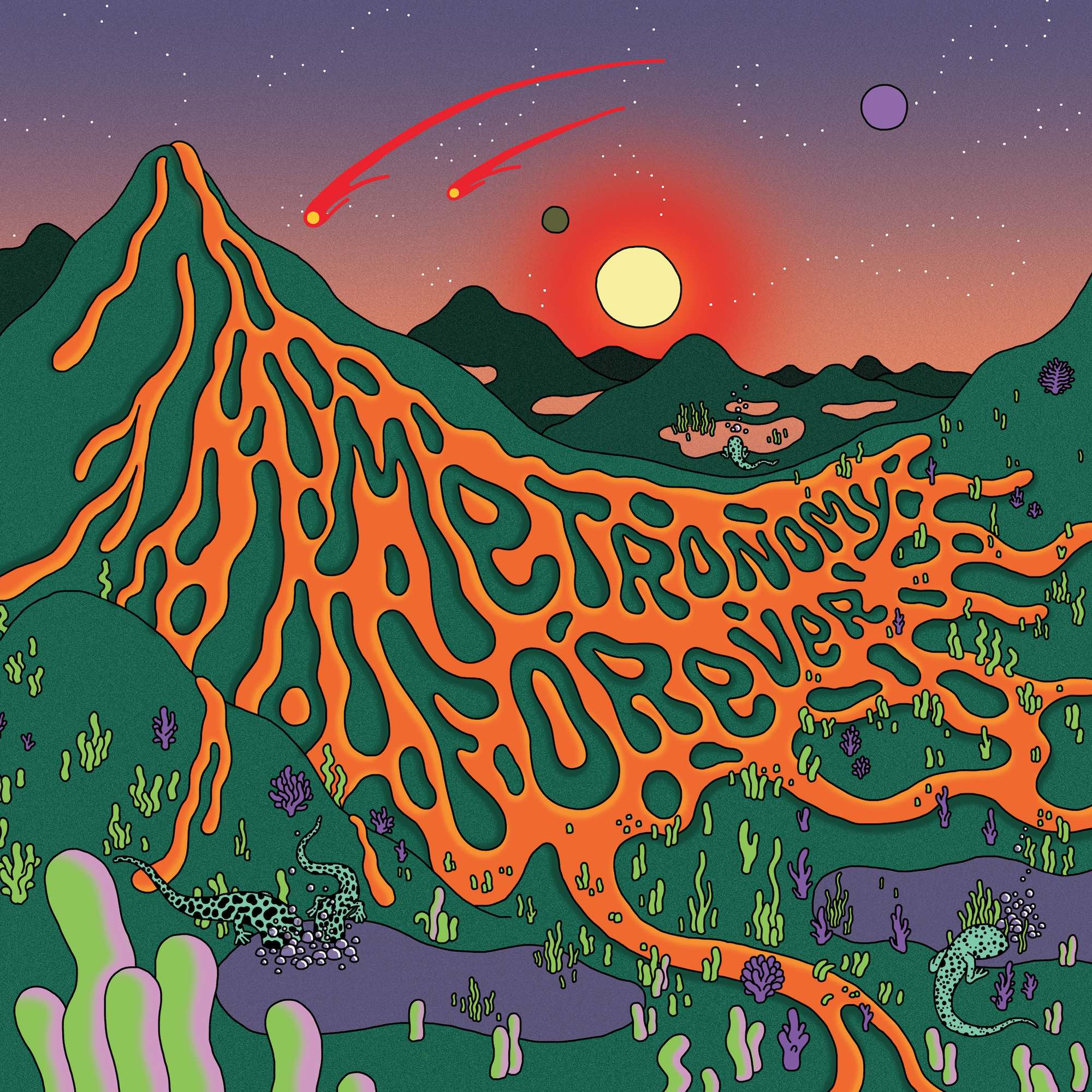 Metronomy Forever is out on September 13.

Linkedin
RELATED ARTICLES
OTHER ARTICLES
Recent research is highlighting the drug’s enormous potential for treating substance abuse.
A new exhibition is marking the photographer’s 100th birthday with a look back at his extraordinary career.
The demonstration took place this week over plans to slash £50m from arts bodies in London.
How the sounds of nature, air force bases, walking across the country, Windrush and synthesisers have influenced one woman’s journey through music and life.
Max Miechowski reflects on documenting land that is being lost to the sea – and the people who live life on the edge.
Alternating between colour and black-and-white, the photographer chronicled sexual liberation, economic crises and the repercussions of the war in Vietnam.