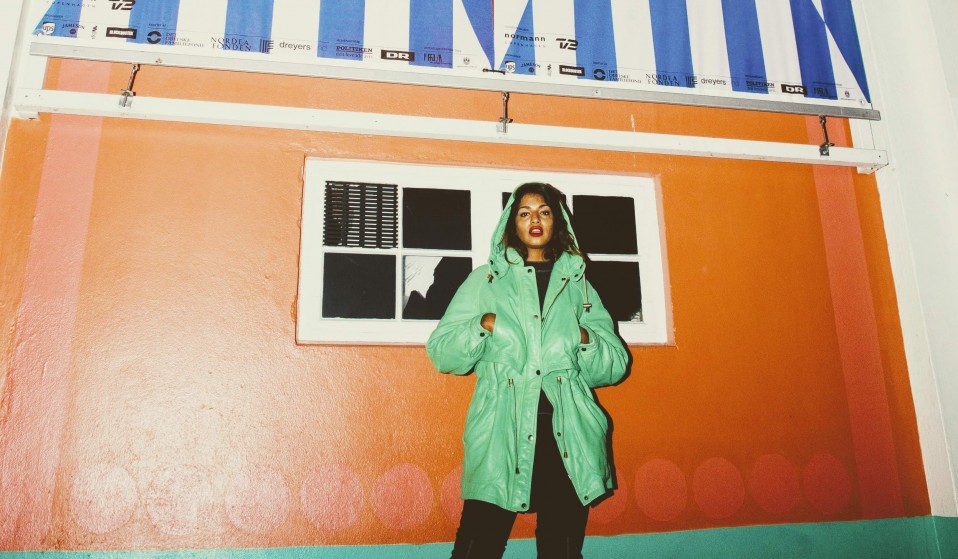 The rapper discusses fame, high-profile feuding, and MATANGI / MAYA / M.I.A – a new, years-in-the-making documentary about her life. ‘I hate it,’ she tells writer Daniel Dylan Wray.

The rapper discusses fame, high-profile feuding, and MATANGI / MAYA / M.I.A – a new, years-in-the-making documentary about her life. ‘I hate it,’ she tells writer Daniel Dylan Wray.

“It’s like housewives of Copenhagen up in here,” jokes Maya Arulpragasam – better known as rapper M.I.A – as she false struts around a plush hotel suite, picking at kale crisps and nodding to the fact she’s wearing a sky blue trouser suit, coupled with sparkly boots.

She’s at CPH:DOX to screen and talk about MATANGI / MAYA / M.I.A, the new, years-in-the-making, feature-length documentary about her life, directed by long-time friend and fellow St Martins classmate Stephen Loveridge.

“I hate it,” she says with a smirk when asked if she likes the finished document. “No, that’s what people want me to say. The first time I saw it at Sundance, I was in shock. The second time I really liked it.” Although she admits it’s not the film she would have made herself. “Me and Steve have very different ideas of what a good film is,” she tells me.

This is largely because the film is one that she did set out to make herself, with this journey beginning as her initial creative vision. Much like Asif Kapadia’s Amy documentary on Amy Winehouse, MATANGI / MAYA / M.I.A is loaded with early home video footage shot by Arulpragasam, who had aspirations to become a documentary filmmaker before she did a musician.

“It’s fucked up because I actually wished I had made that film,” she says thinking about the weird full circle she’s arrived at to see, at 42, a finished film made about her born from self-shot teenage footage. 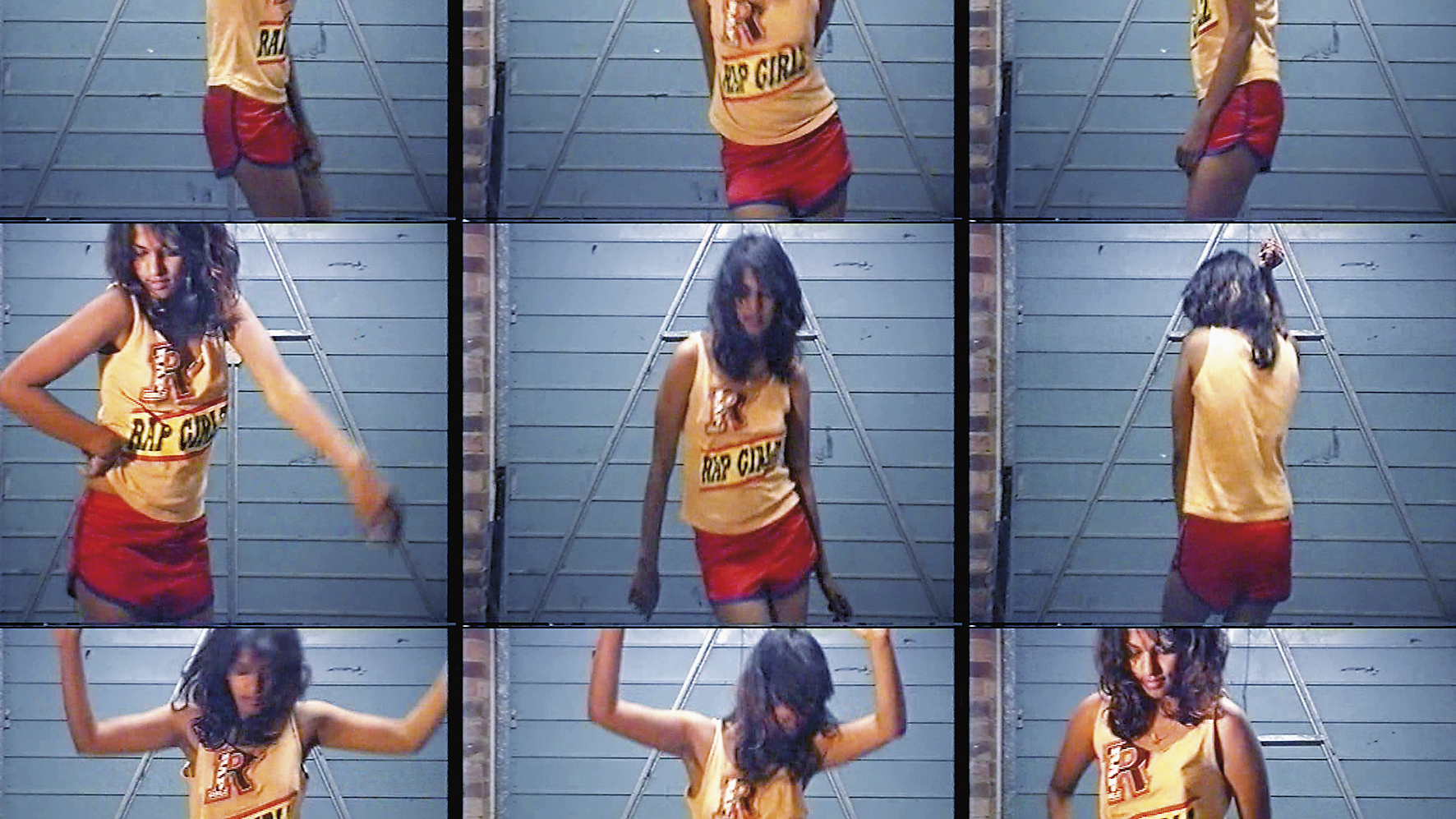 The film captures the early intimacies of Arulpragasam’s home life on the Phipps Bridge housing estate in south-west London – where her family moved to from Sri Lanka as refugees, minus Arulpragasam’s father who stayed on due to his political activities in the civil war – just before her 11th birthday. It then traces a young Arulpragasam having her mind torn open by the sounds of hip-hop coming through the neighbour’s walls and into an audacious and auspicious pursuit of music, art and film. There’s huge success, multiple highs, occasional lows and plenty of controversies.

“I feel like Steve has boiled the film down to an essence of what people already know about me,” she says, sitting on a cream sofa and giving off a sense of unease that someone else has been the first person to tell her story on film. “I feel like I could still make 20 other films and not crossover with what Steve has made.”

Beyond Arulpragasam’s life, the film acts as a reminder of some of the unchanging attitudes and misplaced fears towards refugees in the UK. “In fact, it’s regressed,” Arulpragasam suggests of the current situation. “I think that’s why it’s important that I have a go at telling the story because this film is on the cusp of saying, ‘oh refugees have had it hard and she got lucky and became a pop star.’ I don’t want it to seem like a really hard, painful thing, something that people have to shoulder. It doesn’t have to be like that and I never saw it like that.”

“My approach was always: creating things that were fun. Showing that you could come from something rough but you can make it optimistic and enjoyable, you don’t have to drown in the life you were given.”

America is another theme that runs through the film and the soured relationship Arulpragasam has with it. The perceived hatchet job at the hands of New York Times writer Lynn Hirschberg (who is filmed praising Arulpragasam before writing a negative cover feature) and the real-time fall out of her 2012 Superbowl appearance with Madonna are turning points captured in the film. During the Superbowl, Arulpragasamin gave a to-camera middle finger, which landed her with a $16.6 million lawsuit from the NFL, as well as the rage of the patriotic American press.

“It [the hatred] was from everybody and it just felt ridiculous. When they hit me with the lawsuit it activated so many people to come after me on so many different levels. What’s in the film is a very tiny bit of what happened to me in real life. It’s quite entertaining for Steve to have made it into this nice little cookie but the reality of that was way worse. A lot of people I feel got off the hook.”

“If you’re talking about racism and sexism, that moment in my life showed the cracks in everyone I knew. I was at Roc Nation at the time and Jay Z was managing me. The lawsuit was so ridiculous, it proposed that they would keep one hundred percent of my earnings for the rest of my life if I ever earned more than $2 million dollars. Jay Z was, like, ‘you should sign that shit’ and I was, like, ‘no.’”

Whilst Arulpragasam says she’s completely over the whole incident, the film has clearly refreshed the frustrations she felt. “A middle finger, it’s like get a fucking grip. People were like, ‘oh you’re lucky you’re not in jail, give up all your profit, be this slave for the rest of your life’,” she stops herself before saying: “Oh god, I hope the NFL doesn’t sue me again for talking about it.” A voice then comes from the nearby kitchen to suggest that this is a topic that shouldn’t be discussed. “Oh, I’m not supposed to talk about it, I’m going to eat crisps,” she says, diving into the bag.

The film also explores Arulpragasamin’s dual, and often conflicting, relationship to fame as someone who attempts to use her platform for both political and personal reasons, but is then often hammered with scrutiny or accusations of hypocrisy or even advocating terrorism when it comes to her views on the Sri Lankan civil war.

Is it worth the trade-off? “Someone told me that if you’re famous you can shed more light on a situation and I believed them – but it always sheds the wrong light,” she laughs. “The light is always, ‘don’t be like her!’ it’s never oh, ‘this person is great, she’s trying to do shit’. It’s like kill it, kill it,” she says making a fast cutting motion across her neck. “They always use me as an advert for what not to be.”

Linkedin
RELATED ARTICLES
OTHER ARTICLES
In Sheffield, food delivery drivers are fighting back against one of the giants of the gig economy.
While the popular news aggregation service has been kicked off Twitter, its demise does not spell the end of digestible misinformation.
From Brooklyn gang members, to Welsh miners and the residents of East Harlem, Bruce Davidson used his camera to shine a light on the most marginalised.
As the pandemic forces droves more people into hardship, landlords and letting agents are capitalising on our worsening housing emergency.
Riding from street to street on his trusty bike, Scottish photographer Sandy Carson documents his adopted home at a unique point in its history.
Welcome to the Death Well: a gravity-defying display of fearlessness that reimagines what’s possible on a two-wheeled machine.