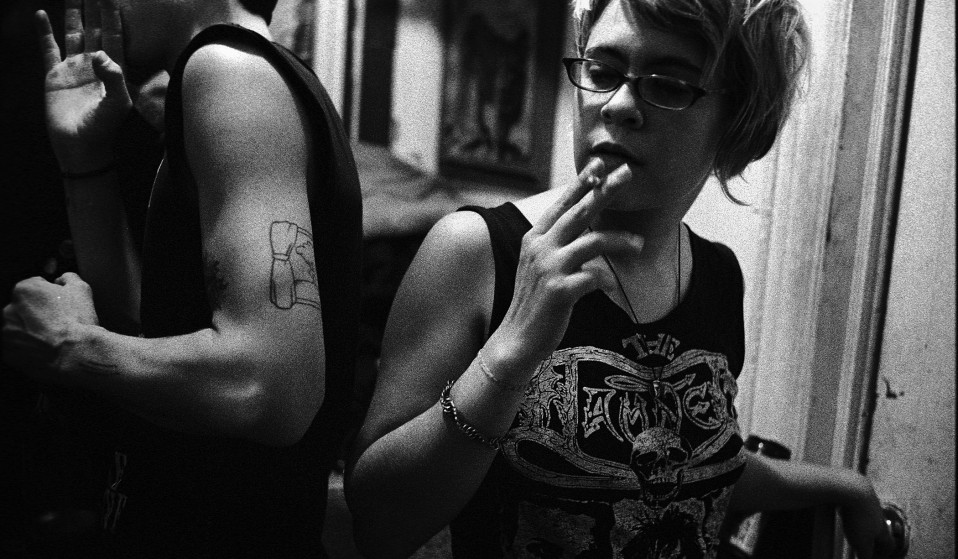 Photographer Mark Murrmann spent nearly two decades documenting the thriving basement band scene of the US, hosting gigs in his own home and shooting acts on the road.

Photographer Mark Murrmann spent nearly two decades documenting the thriving basement band scene of the US, hosting gigs in his own home and shooting acts on the road.

American photographer Mark Murrmann caught his first gig as a teen in 1987. It was a GWAR show, with a local band called the Slammies as the opening act. “I had no idea what to expect or what it was about, but I got hooked,” he remembers. “From that point on, I’d go to every show I could.”

There were only a handful of venues in his hometown of Indianapolis catering to the under-21 crowd back then. The only larger venue, the Arlington, didn’t book small touring bands, who made due by playing at high school cafeterias, hotel conference rooms, park recreational halls – anywhere someone was willing to host a show.

“This wasn’t new, but was new to me,” Murrmann explains. “Going to see a band play in a crowded basement or small hall with everyone packed together – the energy was combustible.”

“A guy named Steve Duginsky was booking a lot of the hardcore and emo shows featuring early Bay Area Lookout Records bands, Dischord bands, Chicago bands, bands via Maximum Rock’nroll’s Book Your Own Fucking Life guides. He rented a shitty storefront as a space for shows and called it the Sitcom. In the early ’90s, a lot of spots like this were popping up around the Midwest.” 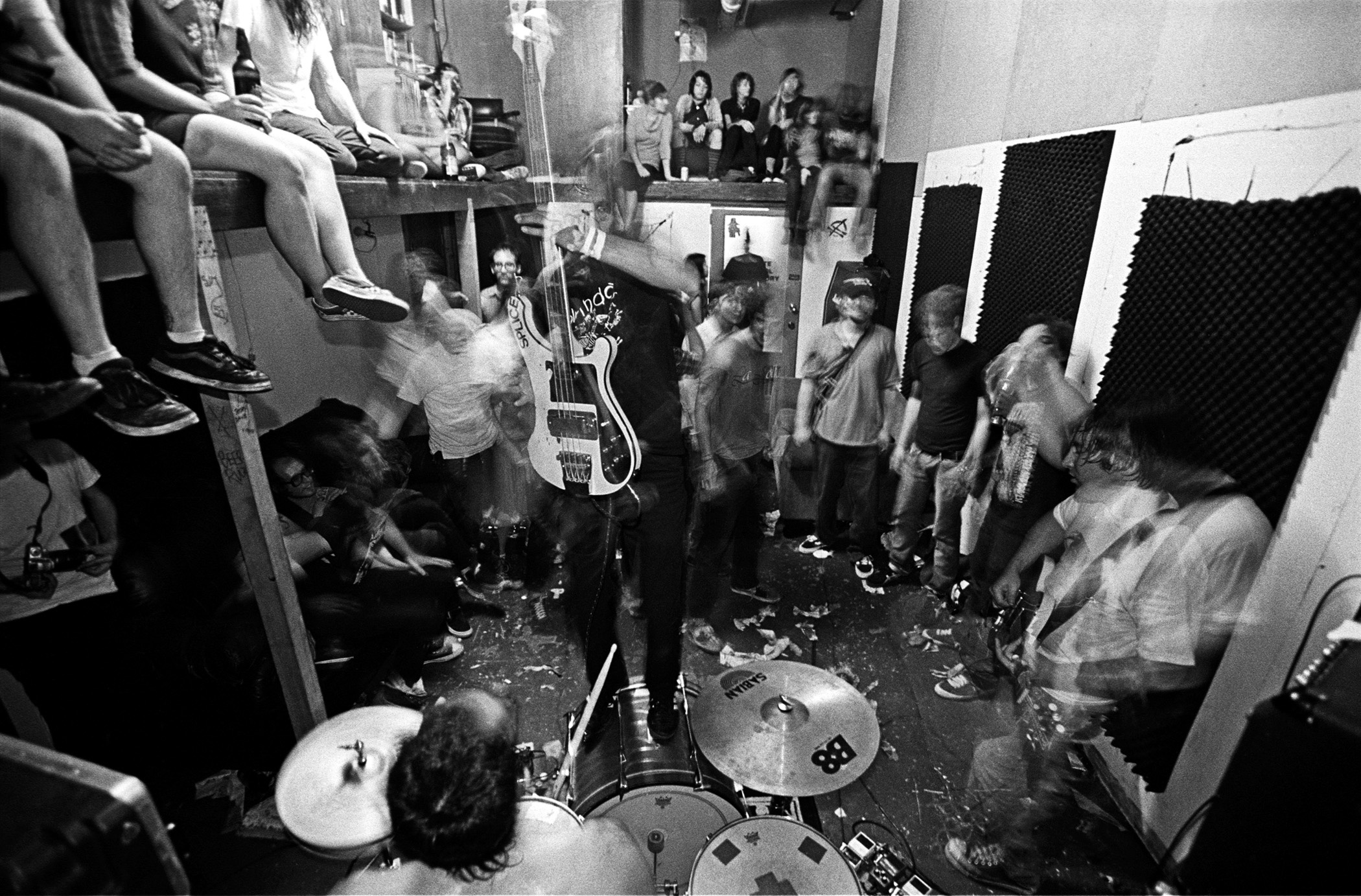 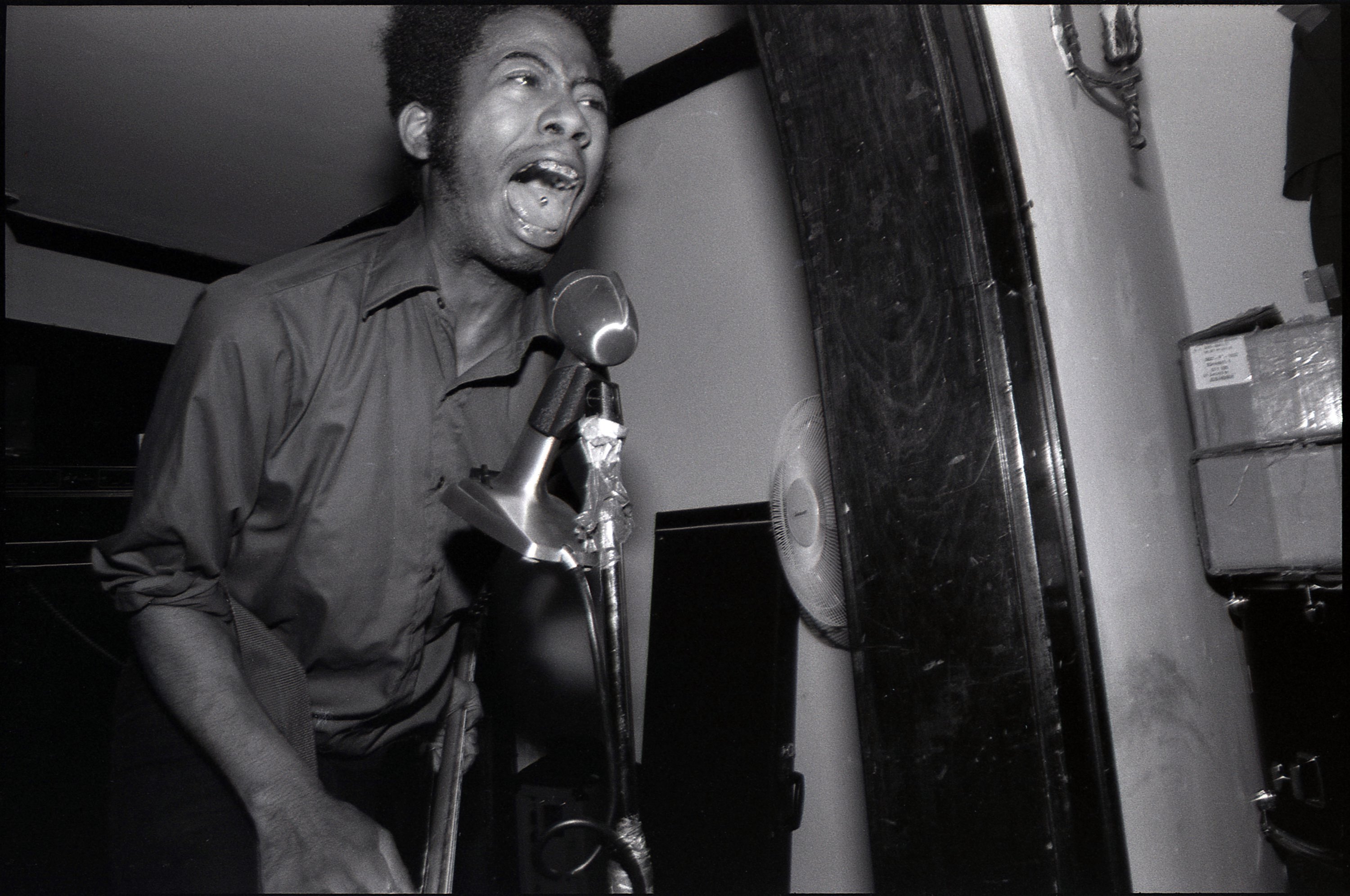 When Murrmann moved to Bloomington, Indiana, for college, he and a few friends rented a house. “It had a basement. Not a big basement. Not a good basement, but it was a basement so we started putting on shows,” he recalls. “Once a spot opened, word spread fast. We got put on what could be seen as a circuit of touring punk bands, bands that went from one basement / garage / laundromat / storage space to the next all over the country. Our basement held maybe 50 people.”

The Book Your Own Fucking Life guide took their basement shows to the next level. “Once our phone number got in there, we’d constantly get calls from bands. At the peak, we’d have about four shows a week in our basement with all the money going to the bands. We were too naive to even take money to help pay for electricity or water or anything like that. But then again, some of the shows were so poorly attended there would barely be any money at all.”

“We didn’t even have a PA system in our basement,” Murrmann adds. “We relied on someone else to bring one. It was all very loose. We’d book the shows, or let other people book shows at our place. We’d make flyers and put them up around town. Let the bands crash at our place. It was pretty fun.” 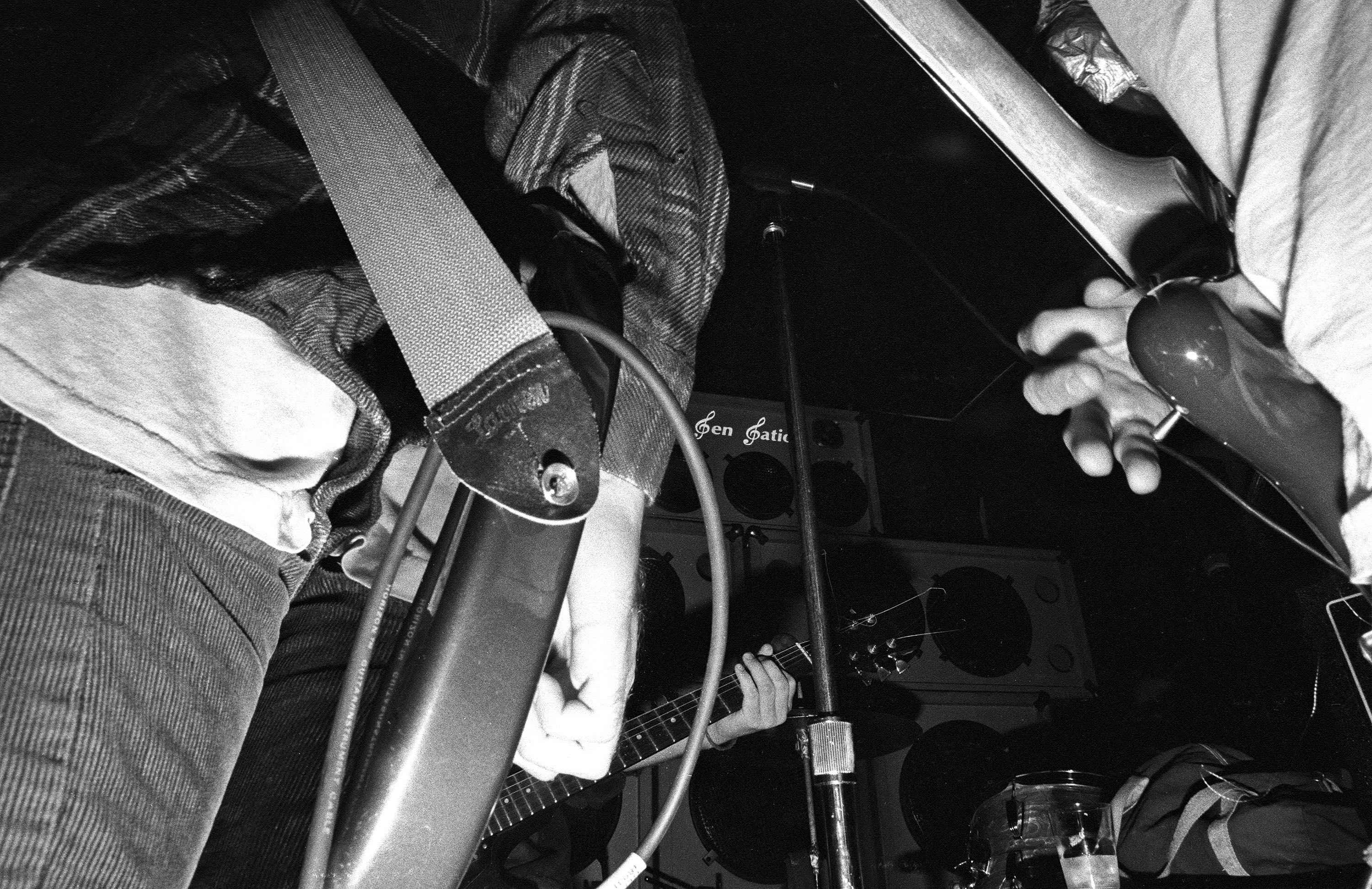 The Tyrades at the Ice Factory, Chicago, IL

Once the scene took off, Murrmann started documenting it through photography. By the mid-90s, he was shooting nearly every show he went to, creating a body of work the likes of which are incomparable. Murrmann photographed bands like Make*Up, Lungfish, Teengenerate, Defect Defect, Opium Taylor, Problematics, and Chisel, among many more, that take us back to an underground chapter in American rock music.

After moving to Florida to live with some friends in the band Discount, Murrmann hen moved to San Francisco in 1998, making it his base of operations for the next two decades. He toured with several bands over the past 25 years, getting a front-row view of life on the road.

“It was great to meet people, see bands I’d only ever heard of, and see how people were doing things in their scenes,” he explains. “Some of this was planned out via email, but it was really early days of the Internet, so a lot of ideas were still exchanged via mail, via zines, and just getting out, traveling, and seeing the world.” 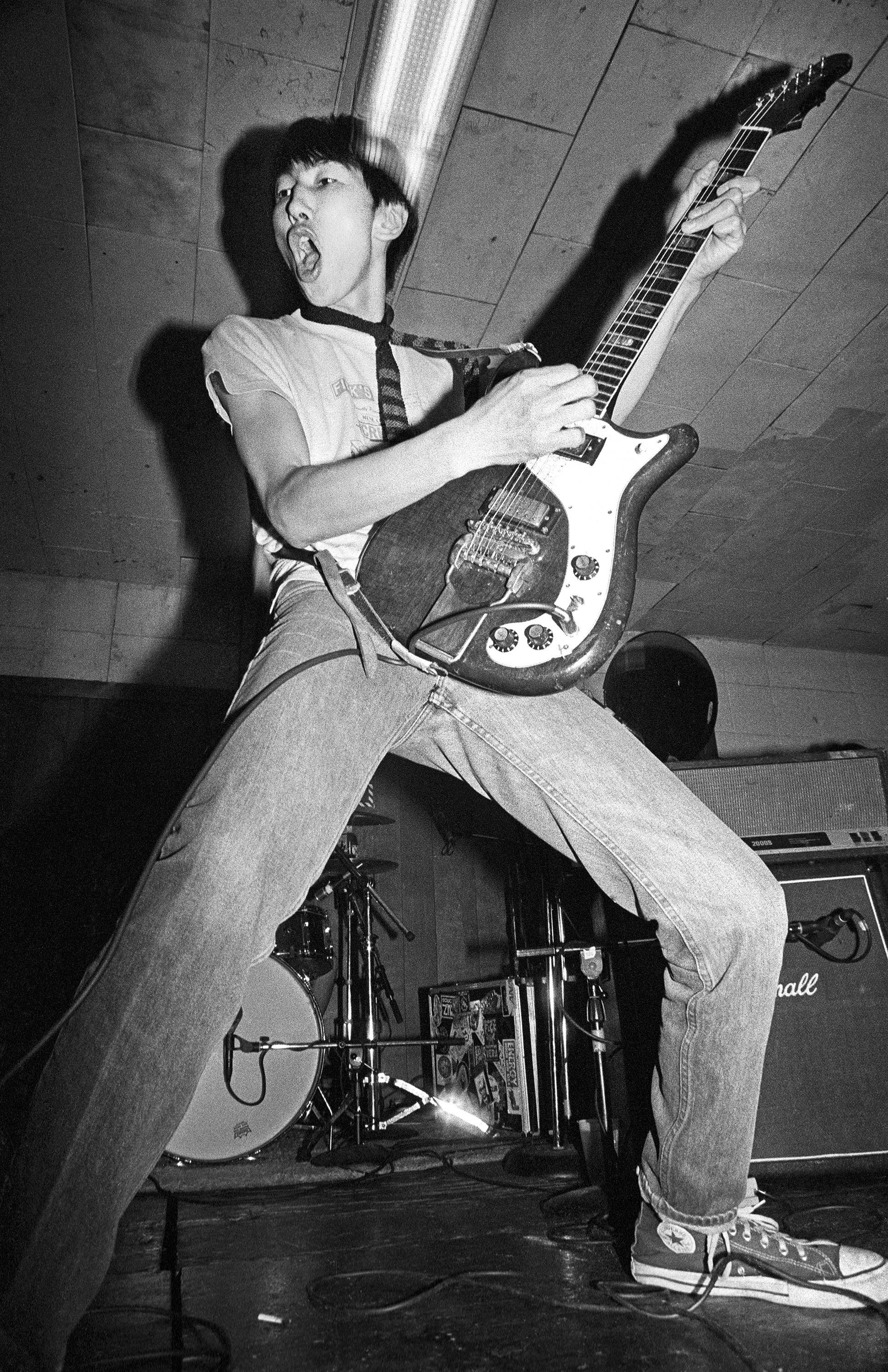 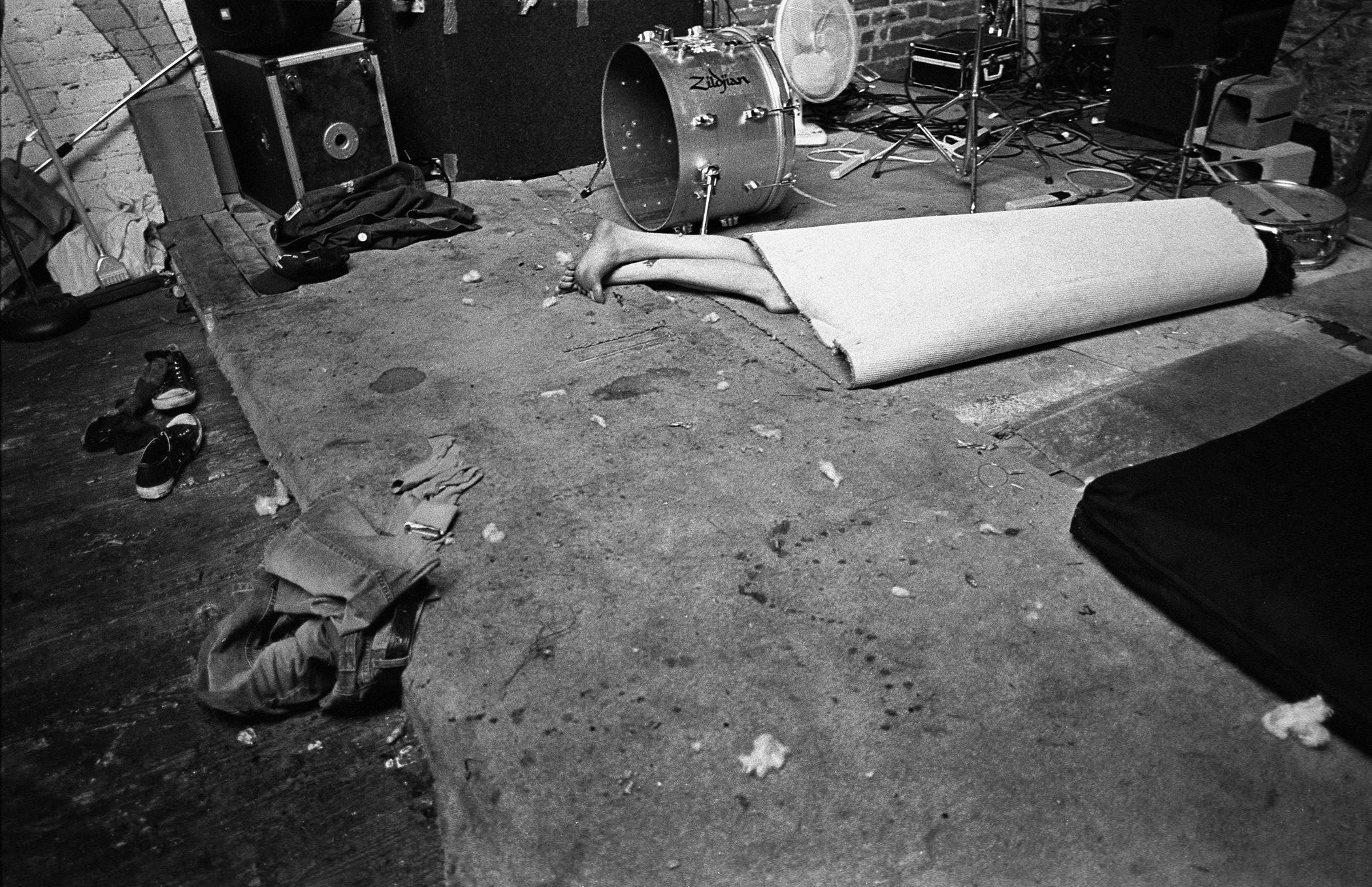 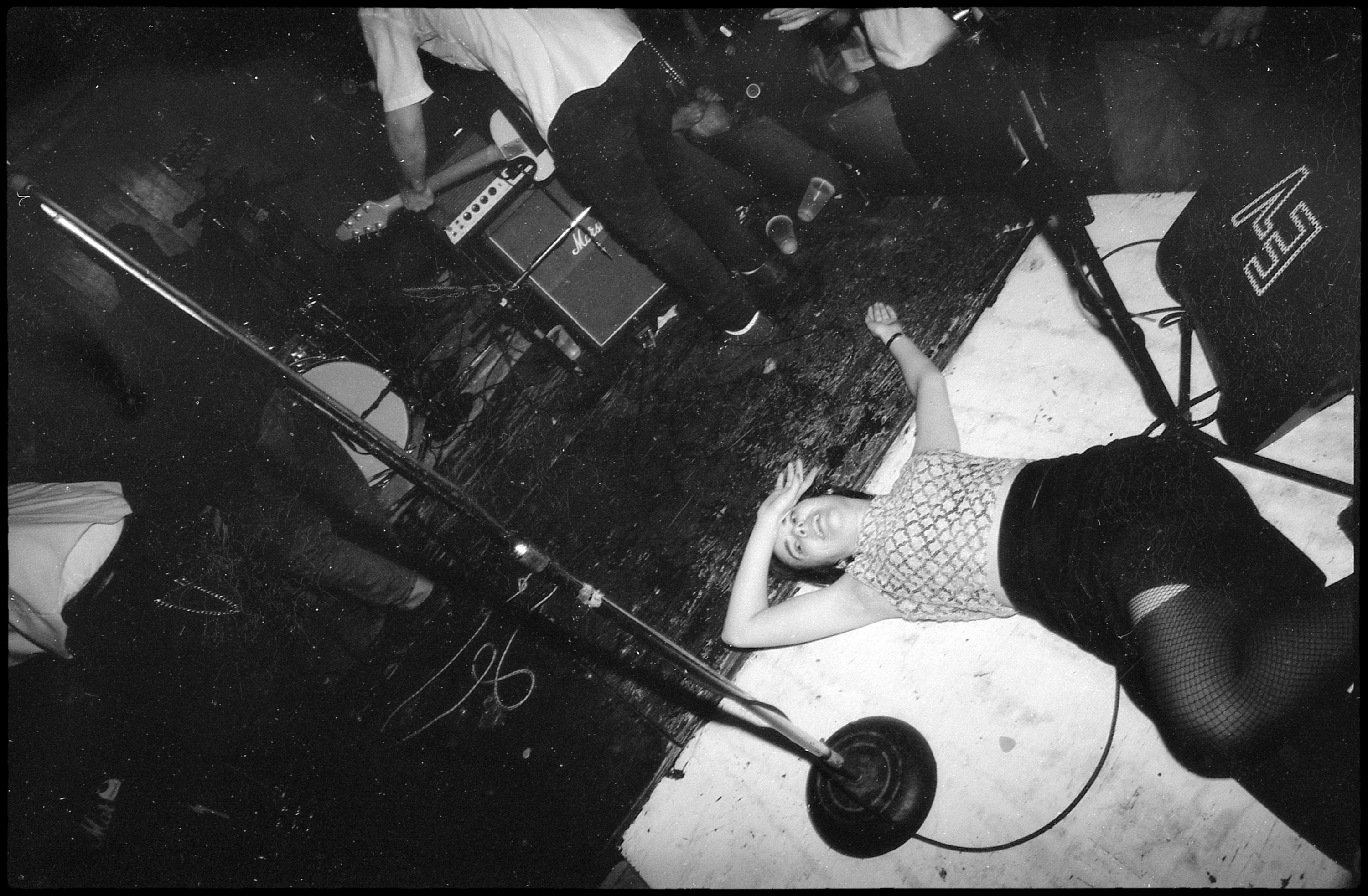 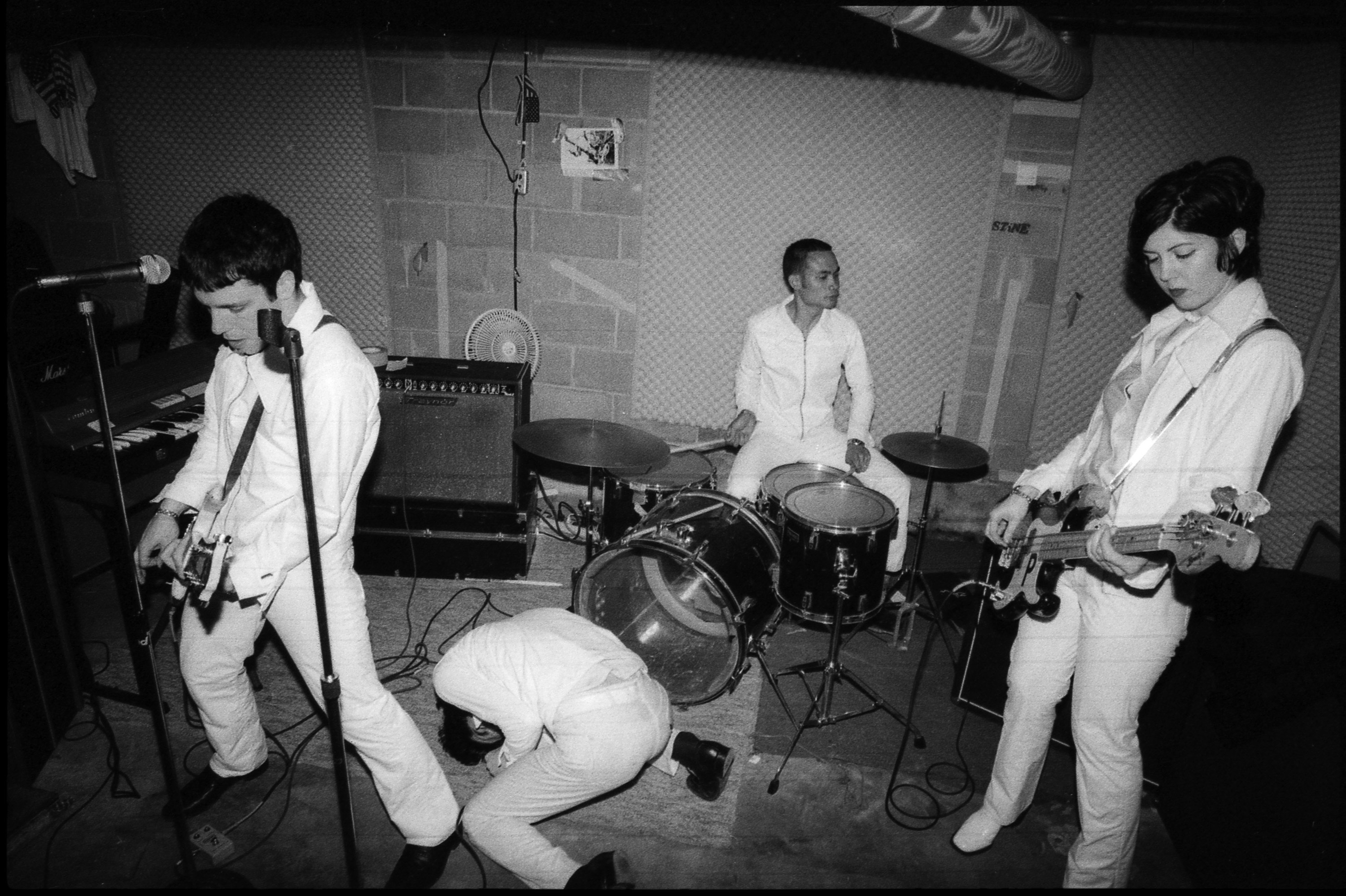 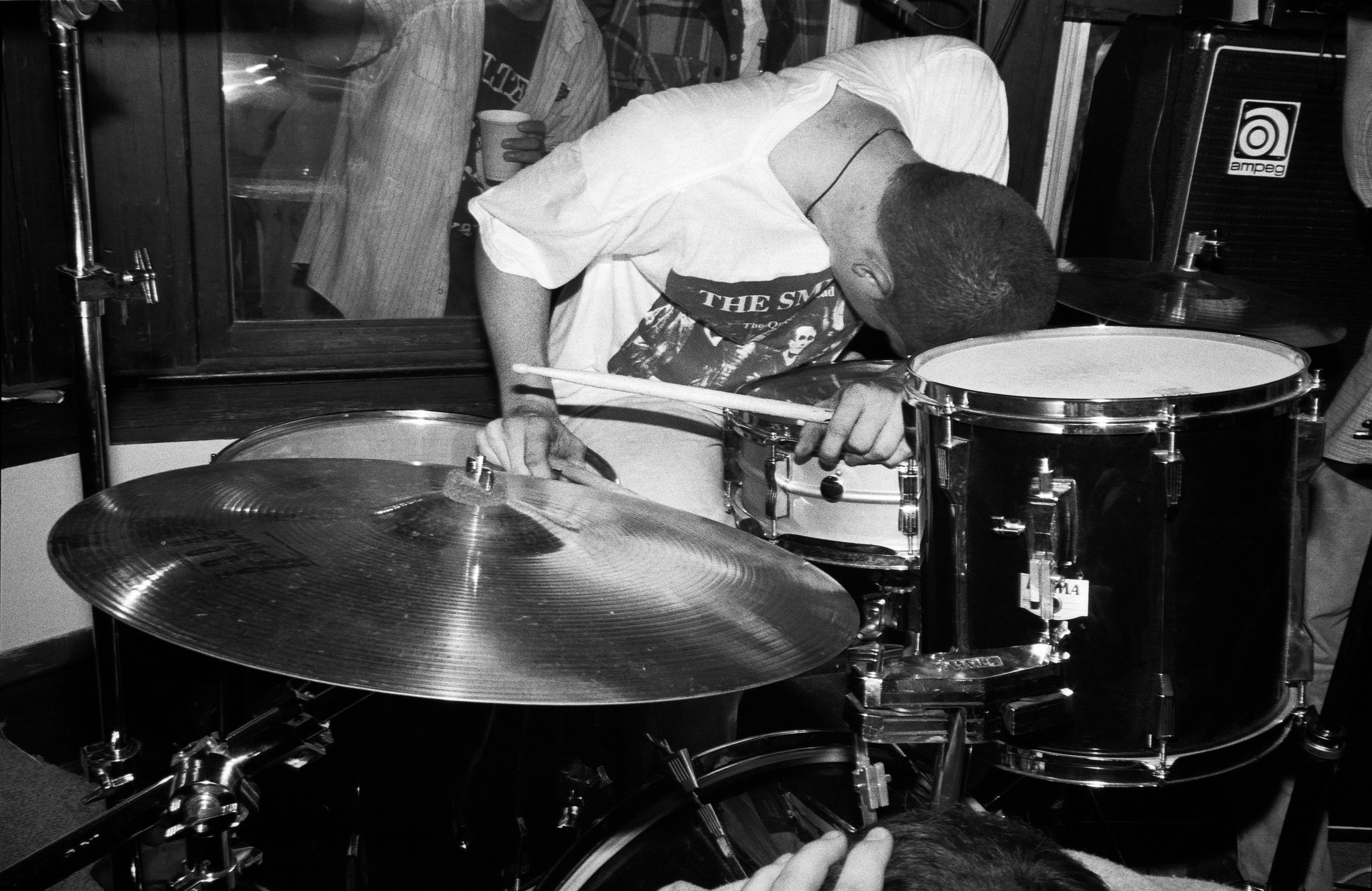 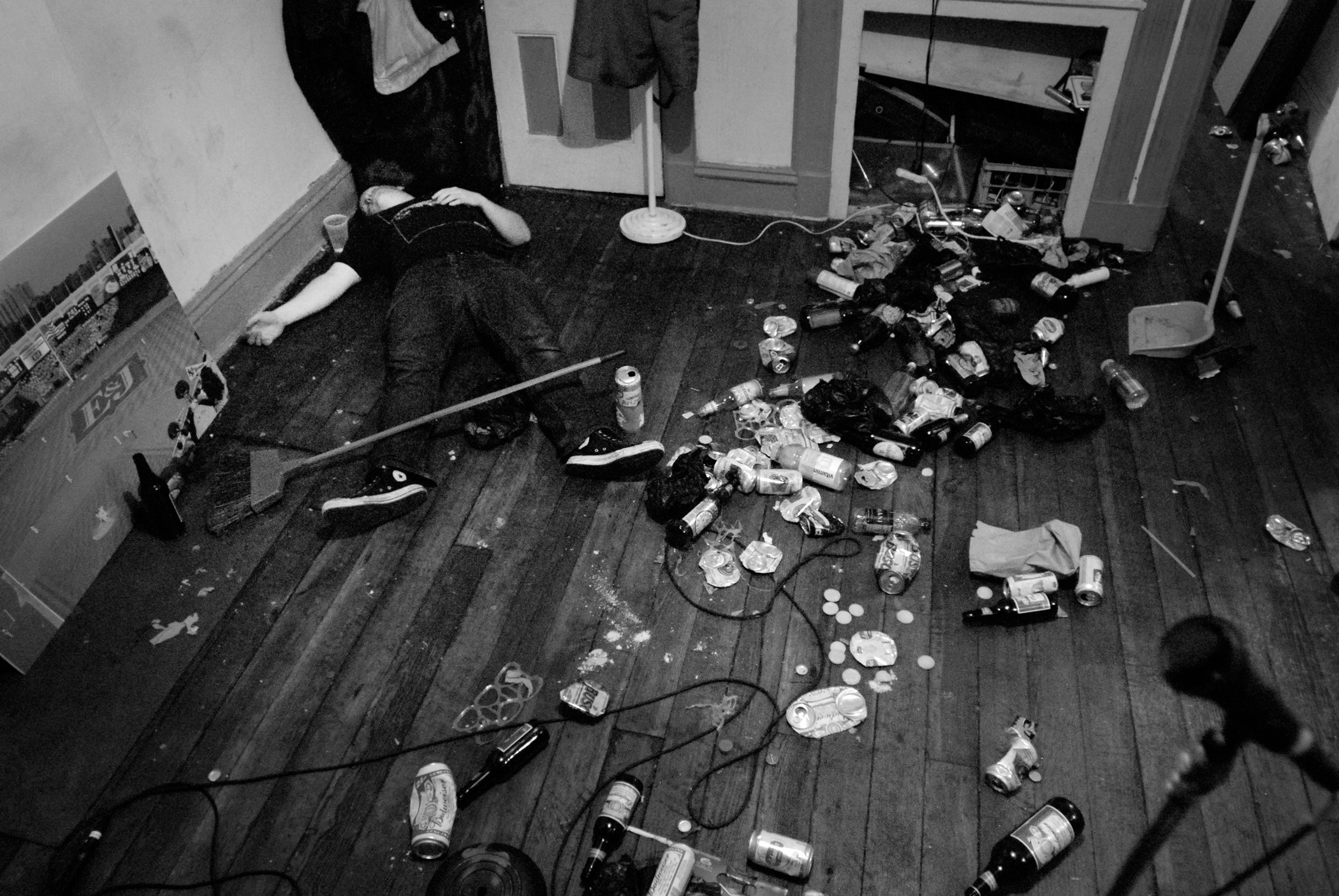 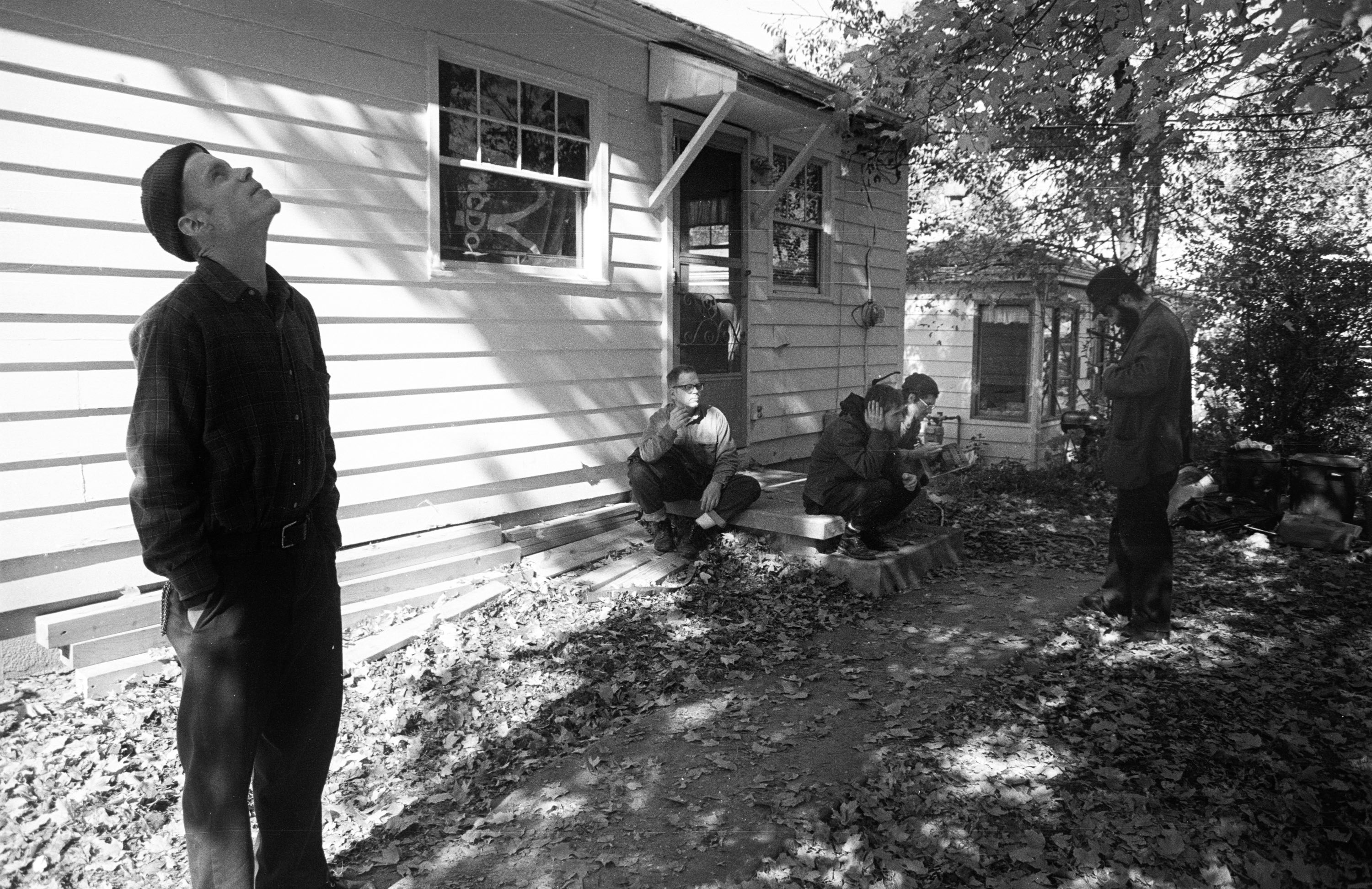 See more of Mark Murrmann’s work on his official website.

Linkedin
RELATED ARTICLES
OTHER ARTICLES
Photographer Matthew Brookes recalls following a group of young people in Venice Beach living in search of the perfect wave.
Proposals to introduce a minimum GCSE threshold for student loans will disproportionately affect those from marginalised backgrounds.
Whether it's partygate, the climate crisis or the spiralling cost of living, the fightback begins on the picket lines writes Tommy Vickerstaff
The curators of a new exhibition are hoping to shed light on Plymouth’s vibrant but often overlooked nightlife.
Over a dozen Stop Deportation activists locked themselves to each other outside a detention centre to prevent coaches taking those due to be on the Rwanda deportation flight from leaving.
In the latest instalment of Photographers in Conversation, the chronicler of raves, protests and beyond explains why he’s drawn to such specifically visceral environments.