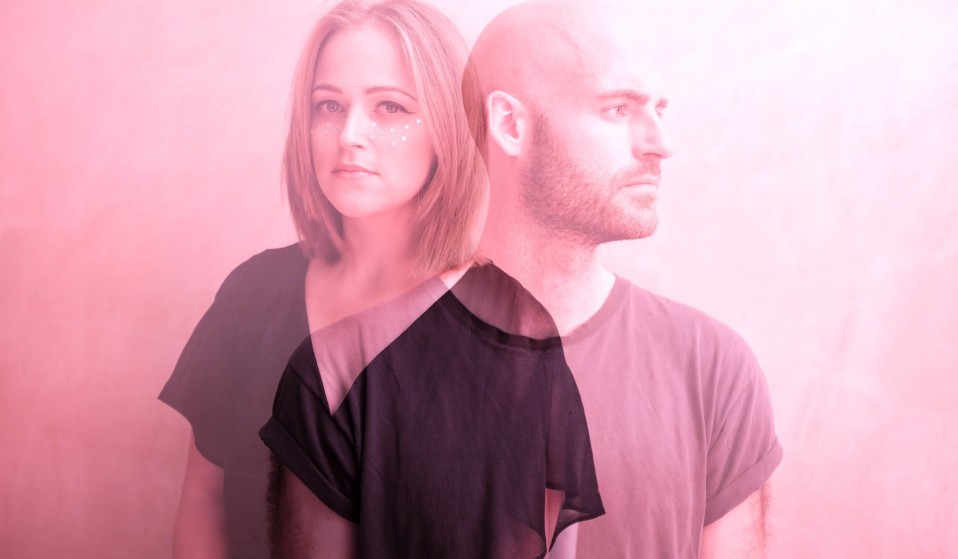 The London electronic duo – made up of Victoria Harrison and Oliver Price – take the decks for the latest Monday Mix, sharing a selection inspired by moonwalks, space travel and the Kuiper belt.

The London electronic duo – made up of Victoria Harrison and Oliver Price – take the decks for the latest Monday Mix, sharing a selection inspired by moonwalks, space travel and the Kuiper belt.

Polychrome is the musical moniker of east London production duo Victoria Harrison and Oliver Price. Drawn together by their shared love of synth-pop and kaleidoscopic electronica, they joined forces and headed to Scotland to make an album – taking inspiration from the wild and remote Highland landscapes.

The result of this trip is released next week, in the form of a self-titled debut LP. To celebrate this, the pair have shared the album’s biggest influences for the latest Monday Mix – only this time, rather than drawing the focus to the windswept moors of Scotland, they’re looking upwards. “We were feeling a little spaced-out when we put this together,” they tell Huck. “There are a lot of cosmic references, moons and generally songs that sound like they were recorded in the Kuiper belt… We thought we’d anchor it to terra-firma with a few earthy cuts too.”

“Our album isn’t a concept album but there is an underlying theme that captured our imagination, about leaving earth and finding a new home somewhere out there. We used it as a metaphor mainly, but it did get us thinking about the humanity of space travel, loved ones left behind and aeons spent in tin cans… Maybe you’ll feel that in this mix!’ Listen in full below:

Polychrome’s self-titled debut album is released on May 14th.

Linkedin
RELATED ARTICLES
OTHER ARTICLES
Photographer David Corio’s archive offers a glimpse inside a revolutionary era of music and nightlife.
By turning a real-life crisis into daytime television fodder, TV bosses have once again shown themselves to be completely out of touch with audiences.
In his 2008 series, the photographer pictured himself as Angela Davis, Martin Luther King Jr., Malcolm X, and other prominent figures.
As the Scottish government announces a rent freeze, an activist with Living Rent who fought and won shares how they did it, and what must come next.
Cindy Campbell recounts how her brother ushered in a new era of musical culture at a party she held in the Bronx in ‘70s.
Rhiannon Adam spent three months capturing an ageing society wracked by division, isolation, and the aftermath of scandal.