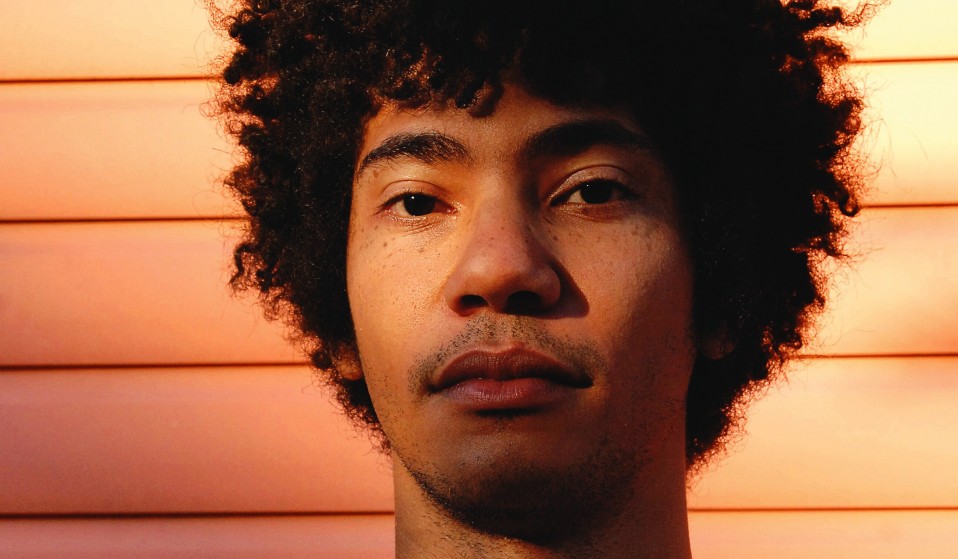 This week, Johannesburg-born and London-based artist Skinny Pelembe takes the decks for our Monday Mix series.

The singer, who signed to Brownswood Recordings back in January, made waves earlier this month with his debut single “Spit / Swallow” – a splash of mellow pop-psychedelia laced with soulful guitar and soft hip-hop beats. It’s a combination that has already helped prick the ears of Radio 1’s Huw Stevens and 6 Music’s Lauren Laverne, as well as Giles Peterson, who selected Pelembe to be part of his Future Bubblers programme in 2016.

“In a way, I centred this mix around one of my first tracks, ‘Baby Laxmi’” Pelembe tells Huck. “I made that the day my brother – in Indonesia at the time – told me my niece was born. There weren’t really any words to get across the feeling, so it ended up as an instrumental. The seven instrumental tracks leading up to [that track] on this mix are definitely sonic and stylistic references that I made when writing it, but are also all songs and beats that soundtracked formative moments in my own child and teenhood.”

“I guess I’ve put together a sort of lullaby mix,” he adds, jokily. “Probably more for myself than anyone else.”

Listen in full below:

Find out more about Skinny Pelembe, and his upcoming live shows, on his official website.

Linkedin
RELATED ARTICLES
OTHER ARTICLES
The government’s failure to take long Covid seriously has led to the formation of a group campaigning for the thousands of forgotten victims of the illness.
From the Yakuza to a biker gang, Bruce Gilden recounts capturing Tokyo and Osaka in the ‘90s.
Over the weekend, London locals came together to resist a pre-planned police raid targeting delivery drivers.
To mark the anniversary of the mass trespass of Kinder Scout, a group of hikers came together with the intent of creating a new, fully inclusive culture for rural spaces.
While protests over abortion rights rage in the US, access to abortion services is still almost nonexistent in parts of the UK.
After news broke last week around an expected reversal of the 1973 landmark law that made abortion legal in the US, protestors gathered in the UK in support of American women.