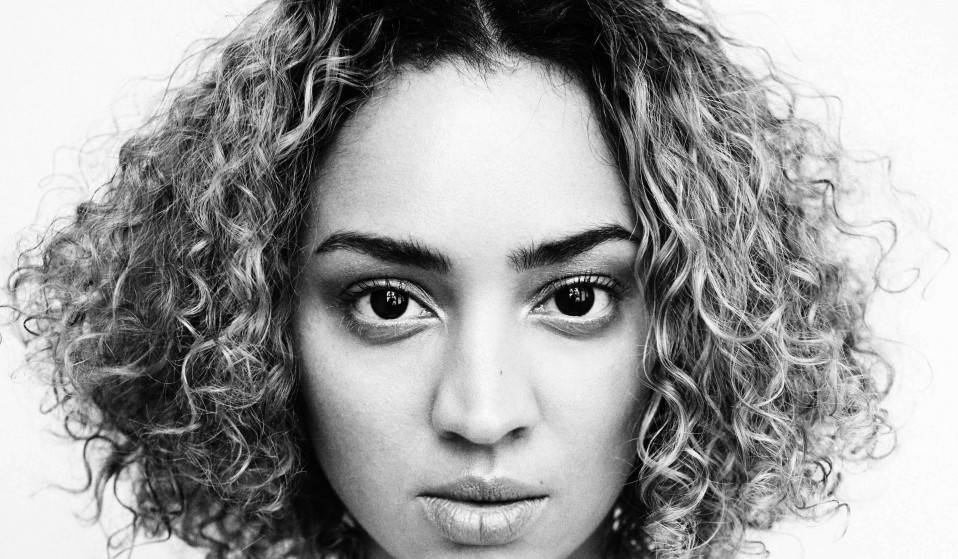 It's time to leave your comfort zone and confront bigots, no matter how close they are to you, says Swedish-Barbadian rising star Naomi Pilgrim.

It's time to leave your comfort zone and confront bigots, no matter how close they are to you, says Swedish-Barbadian rising star Naomi Pilgrim.

So go the lyrics of possibly the most timely song of all time, The Specials’ 1984 banger Racist Friend. Swedish-Barbadian rising star Naomi Pilgrim has just updated it with her newly-launched hip hop-infused cover, which draws as much from the original as it does from her electronic influences. The cover is a collaboration with two MCs, Atlanta-based Sa-Roc and South Africa’s Yugen Blakrok, who updated the lyrics to reference Black Lives Matter.

“People unite around it, it’s a very good feeling,” Naomi says. She started performing the cover live last summer, as she was touring her second EP, Sink Like a Stone, about violence on black bodies and prejudice – partly inspired by the death of Eric Garner at the hands of the police.

“I was talking a lot about racism, and how the climate is so much harder these days. A lot of people in Sweden roll their eyes when you bring up racism. They don’t see how ingrained it is, and how important it is to be talking about it. It’s been going on for 500 years, but all exploding now.”

The single is an urgent call to arguably the first and foremost thing everyone should be doing to resist fascism: engaging in conversations and getting the hell out of our comfort zone. “I have seen so many situations, when riding the subway, where someone for instance shouts a slur against a Muslim person, and no one speaks out. No one says: ‘You need to shut the fuck up.’,” she says.

“I’m connected to several racists by blood, in my close family. I speak to one of them as often as I can. It’s more common than we think – people aren’t schooled in the matter, and it’s more comfortable to close your eyes and pretend nothing is happening. Also, if you have a problem with Muslims, go make a friend who is one and you’ll be proven wrong instantly.”

She traveled a lot in America in the last six months and was shocked to overhear a lot of people, pre-election, saying “either way, we’re fucked”. “I had a lot of long talks, especially with Uber drivers. Most of them said they wouldn’t vote, because they felt no one actually supported their beliefs.”

“A lot of what’s going on in the States matters a lot to Sweden – we visit, we love them, we take after their culture … Not that anyone would ever say that out loud!,” she laughs. Sweden has its share of racism too, of course. A country mistakenly assumed to be a leftist paradise, its current third biggest party is now a far right party with a strong anti-immigration discourse.

Being a woman of colour in the Scandinavian country means living with micro-agressions on a daily basis. Though it’s generally a very safe place, “you see people making assumptions, or doing things like using the N word. They don’t realise what it has behind. We don’t understand it because we never confronted our own history. For instance, we colonised and oppressed the Sami people for centuries, but the system is broken – they don’t teach us.”

Naomi’s music is a rush of energy, infused with electronic, reggae, pop, hip hop and soul influences. She’s often associated with her close friend Lykke Li, whom she’s known since age 16, and for whom she’s done back-up vocals.

Growing up in Sweden with a dad who was in a reggae band, her first cassette tape was The Score by Lauryn Hill, and she also mentions 90s hip hop as one of her obsessions as she came of age. Her mother, a teacher who later went on to work with asylum seekers, influenced her even more: “She paints and makes sculptures. All of her friends are very creative, there was always someone playing the harmonica or guitar in the house.”

Her own identity, drawn from her Barbadian and Swedish roots, is also complex – but that has turned out to be empowering. “They are two different cultures, if you’re from the outside looking in, but to me it’s one culture. I feel like I have one, not two. Growing up I wasn’t completely white, nor completely black. In Sweden I was a black girl, and in Barbados I was Swedish. It was hard. Now I can decide for myself, and I’m both.”

Is she hoping to go back to America to sing Racist Friend to crowds there? “I’d love to go on tour, but not sure about going to America right now. I actually don’t feel safe.”

“I was in Chicago in August, when this kid Paul O’Neal was shot in the back by the police. I was sitting in this apartment hearing the Black Lives Matter demonstration outside. I called my friend, crying – it’s so wack that my safety depends on the colour of my skin in this country. We might have been brought up the same way, but if you’re white you can go outside not fearing for your life.”

If you want more, here’s the beautiful acoustic version of Racist Friend:

Linkedin
RELATED ARTICLES
OTHER ARTICLES
The action took place in response to the 200 asylum-seeking children who were placed in hotels run by the Home Office who have gone missing.
Activists and campaigners are fighting back against new laws that would seriously undermine the ability to take industrial action, calling it an attack on fundamental workers' rights.
Photographer Becky Tyrell went down to the fading banger and stock raceway to meet a community desperate to keep it alive.
Since 2007, Gideon Mendel has made 20 trips to document floods in 13 countries. The result is an alarming record of what has already been lost to the climate emergency.
At his West Bank restaurant, Fadi Kattan established himself as the voice of modern Palestinian cuisine. Now, he’s bringing his innovative, bold flavours to the UK’s capital.
Filmmaker Laura Poitras discusses her new documentary which traces the remarkable life of the artist-activist and the impact of her battle against the US opioid crisis.