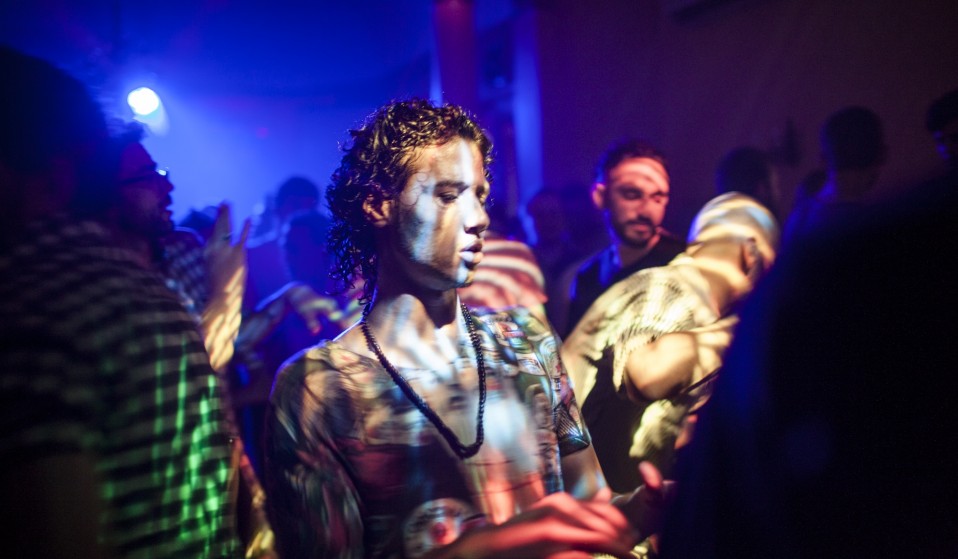 A new wave of consciousness is sweeping the streets of Cairo, fuelled by fireworks and electro beats.

A new wave of consciousness is sweeping the streets of Cairo, fuelled by fireworks and electro beats.

Mahraganat music, known by some as Electro Shaabi, is music from the people and of the people. In the context of post-revolution Egypt, it’s not so much a genre as a mobilising force; a reworks-and-footwork street-party scene soundtracked by upbeat electro and politically conscious lyrics that give voice to the realities of Egyptian life. 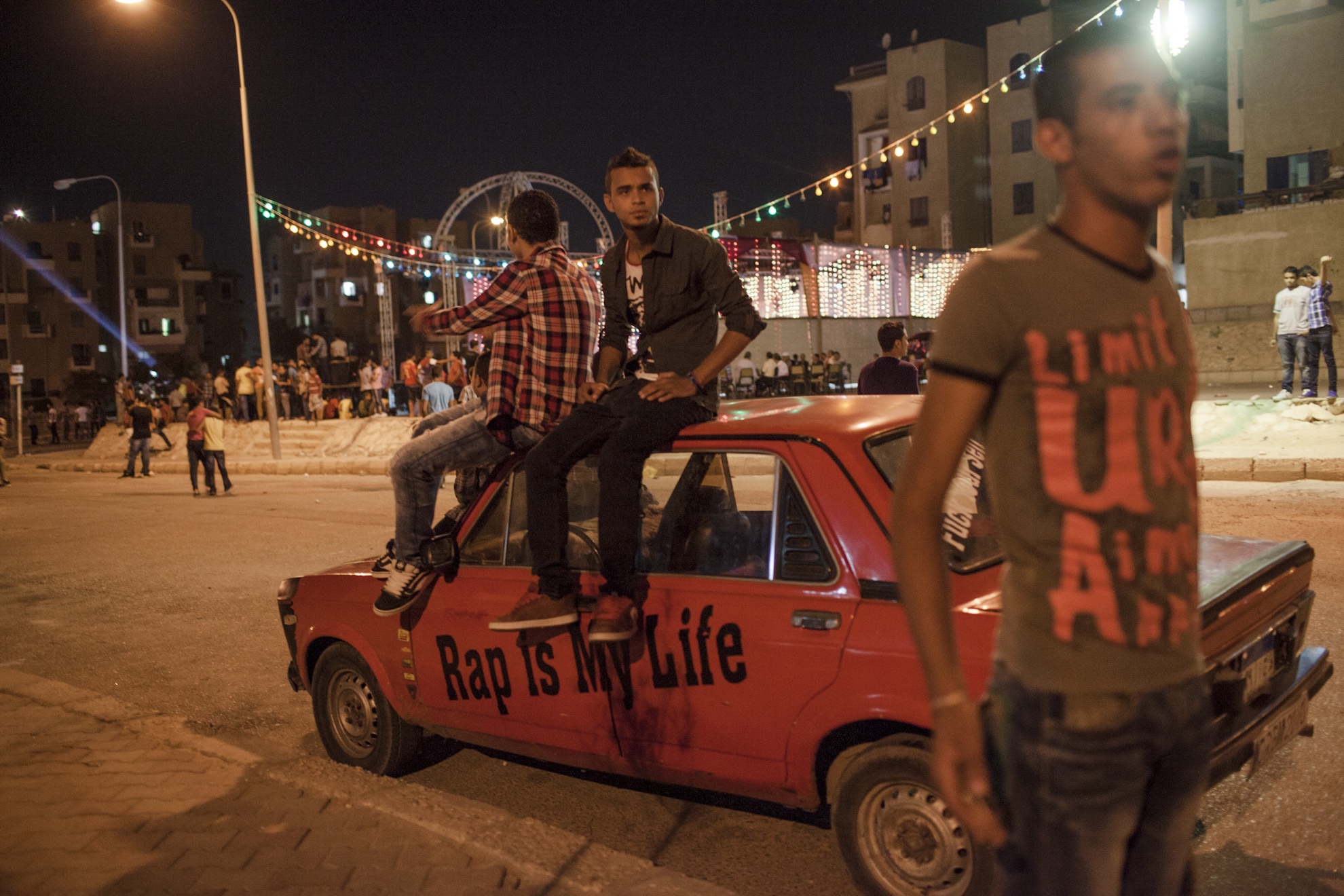 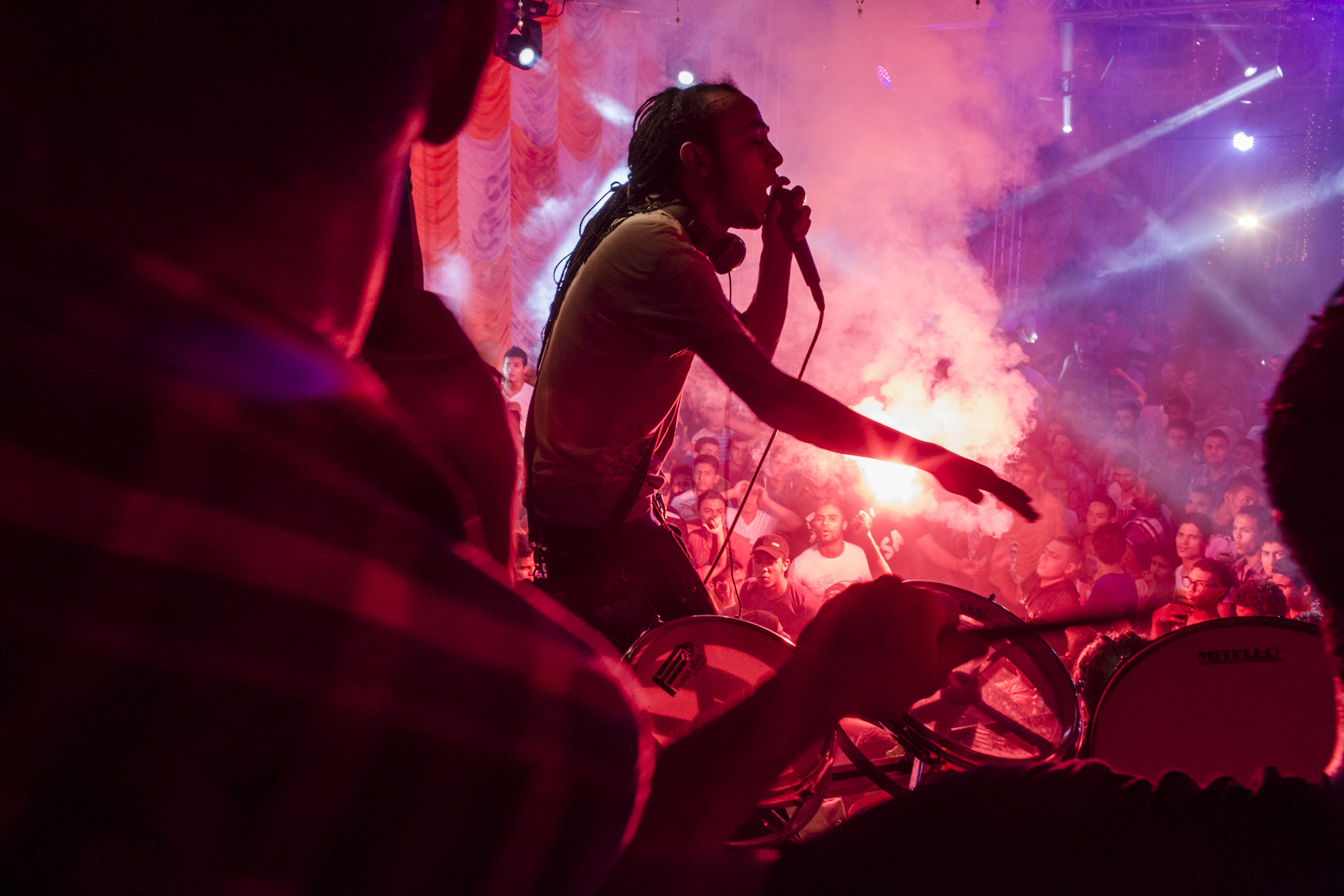 The music emerged from the vibrant street weddings and family fiestas of the informal neighbourhoods of Cairo, but has since taken on a momentum of its own, incorporating lyrics informed by the evolving social context, usually tailored to the neighbourhood where the all-night party takes place.

One of the rising stars of the Mahraganat scene is Sadat, a deejay and emcee credited as the ‘godfather’ of Electro Shaabi. “Today, everywhere you go, you hear the music – in the shops, on the tuks-tuks, in the streets, on cell phones.” says Sadat of the electro beats and mantra-like rapping that has become Cairo’s soundtrack, spreading from poorer neighbourhoods to wealthier kids bouncing around the city’s bars and clubs. “Before the revolution, it was just a small scene, but after that we found it could express our ideas. Now we are really giving what we think to the public with our own music and ideas from A to Z.” 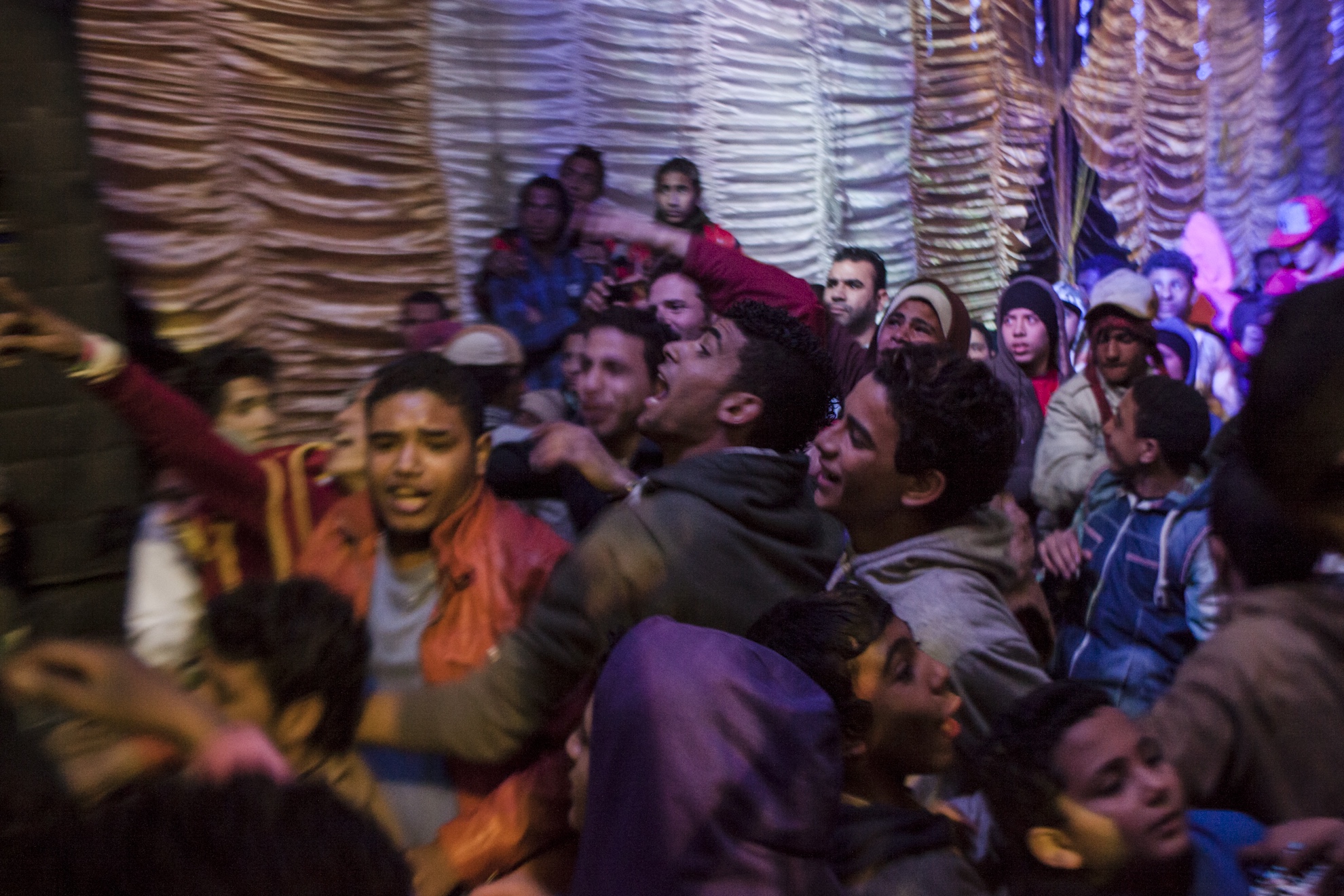 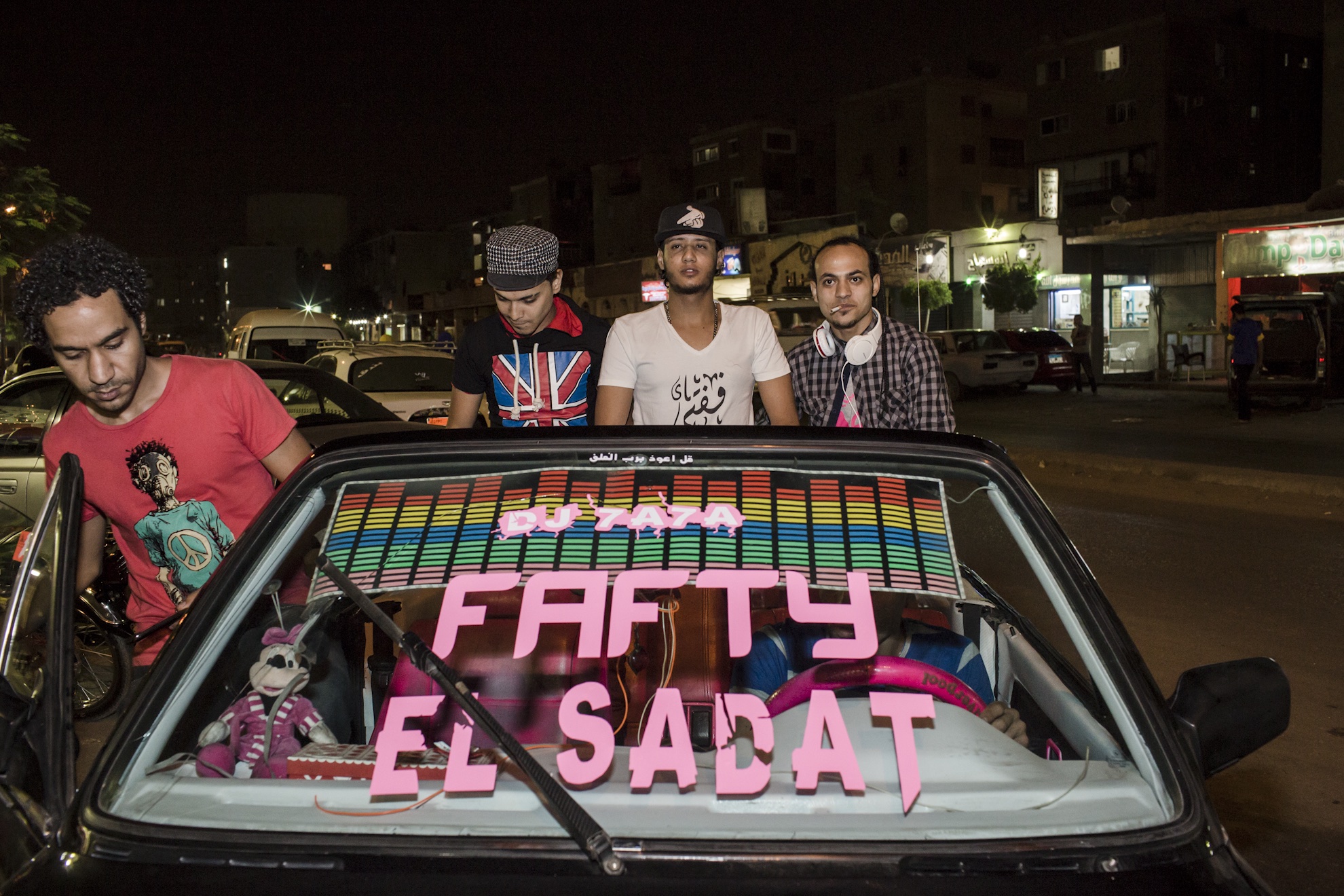 Those ideas are expressed in songs like ‘The People and Government’, with lyrics that need no explanation: ‘My brother was dying, as I was holding a rock / The government is despotic and powerful / We live without freedom / We will continue fighting for our rights, we have been crashed enough.’

With its infectious energy and street-party vibes, Mahraganat music began to gain international recognition through social media in the lead-up to the 2011 protests. As the audience spread from the party scene, the issues addressed by lyrical emcees shifted away from the hip hop staples of sex and drugs and moved towards a more socially conscious place. “People in the streets are the politics,” says Sadat. “It’s not all about the president, the political parties and who holds power.” 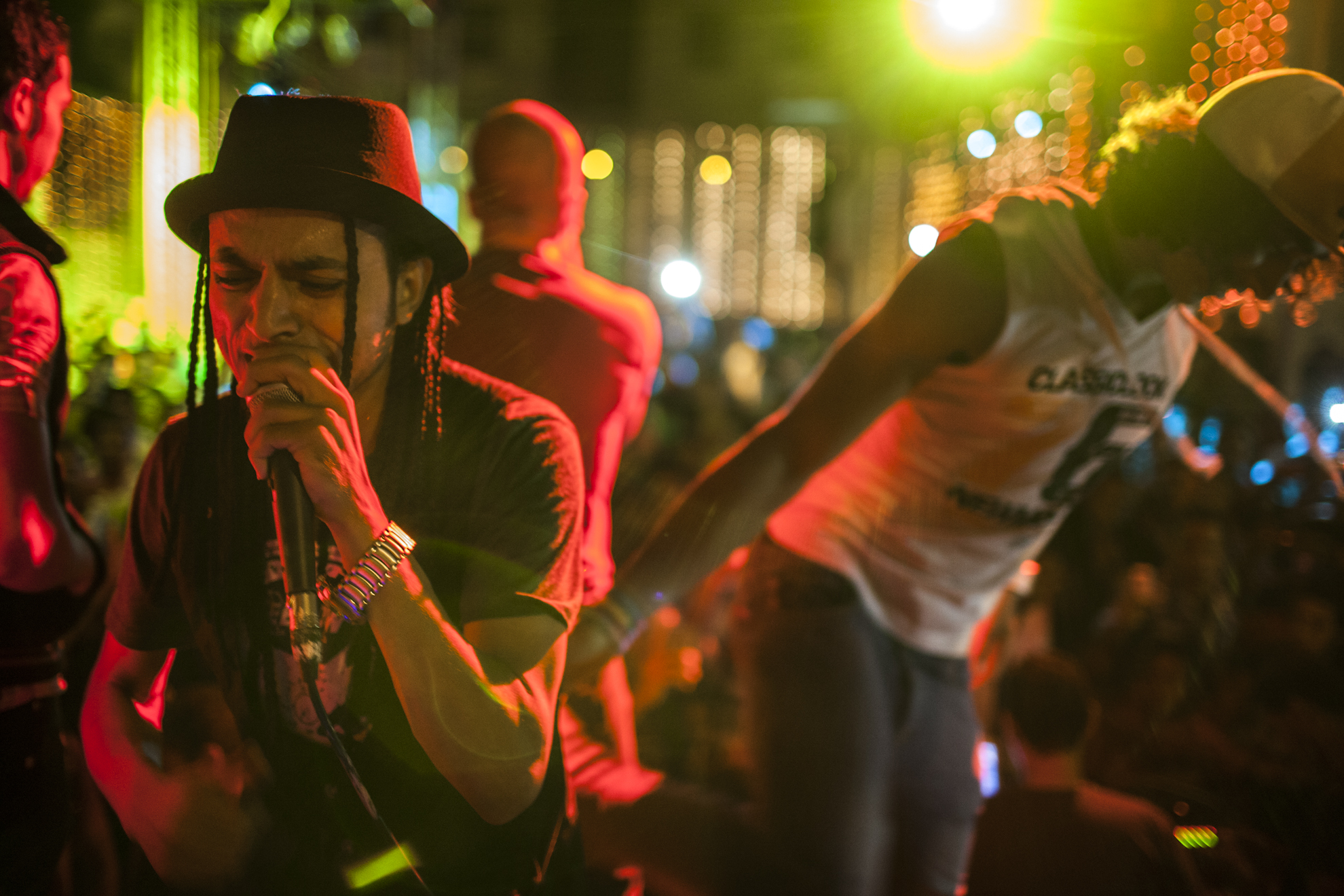 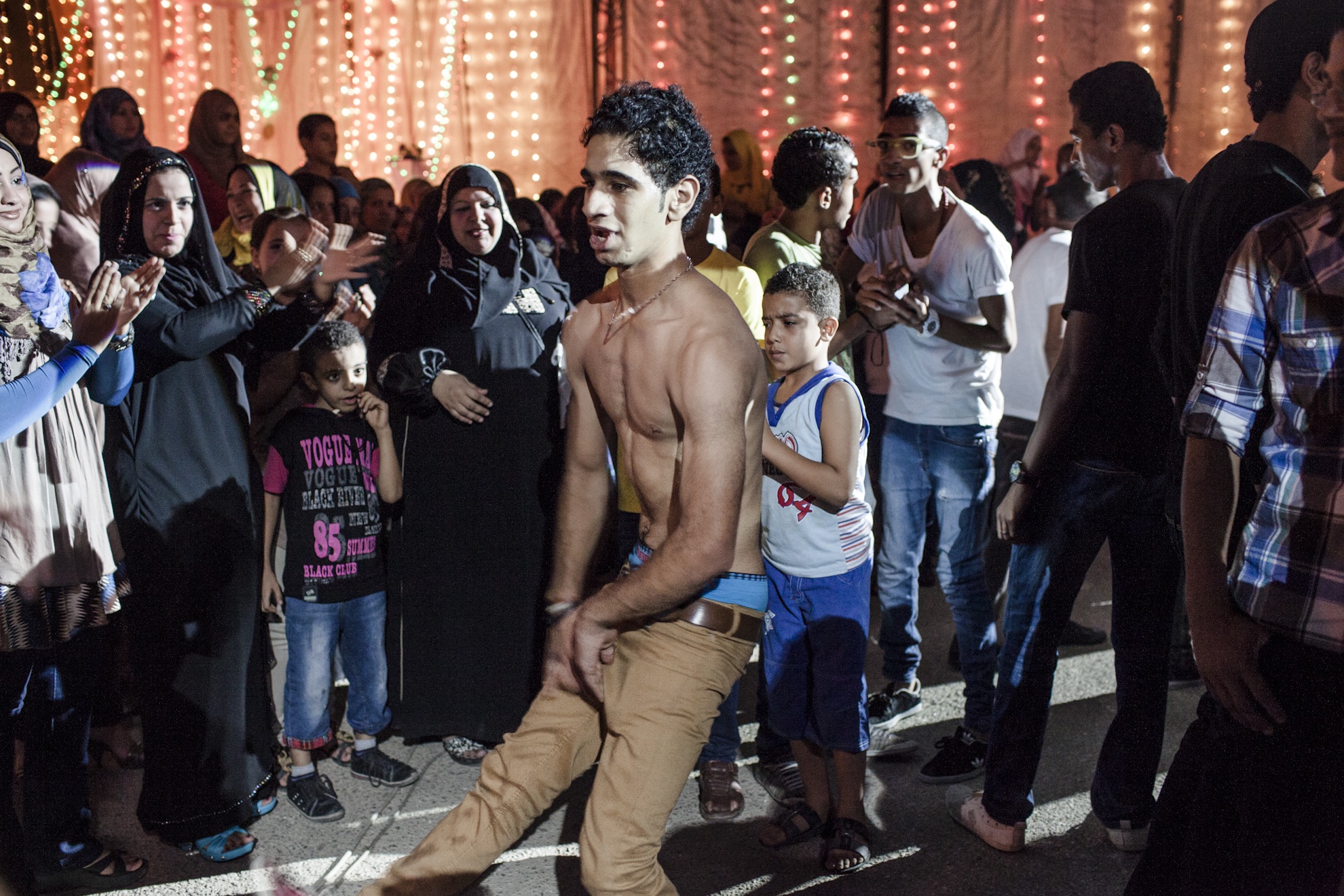 Legitimate employment is difficult to come by. So, in an all-too familiar tale, drug dealing and gangs is often the default position. Electro Shaabi is both a reflection of that reality, and a physical space where it can no longer be ignored. “We made music that would make people dance, but would also talk about their worries,” says twenty- three-year-old Alaa 50 Cent, Sadat’s musical collaborator. “Everyone from Egypt who listens to this music can hear their own problems being expressed. Many people are criticising the music, but it spreads like a virus in the street.”

Though Mahraganet shares hip hop’s roots in people- powered politics, this message-laden party music seems to be evolving with a more collective vision than hip hop was able to sustain. In a deeply patriarchal society, out on the streets and away from the city’s clubs, it’s also a movement for men. 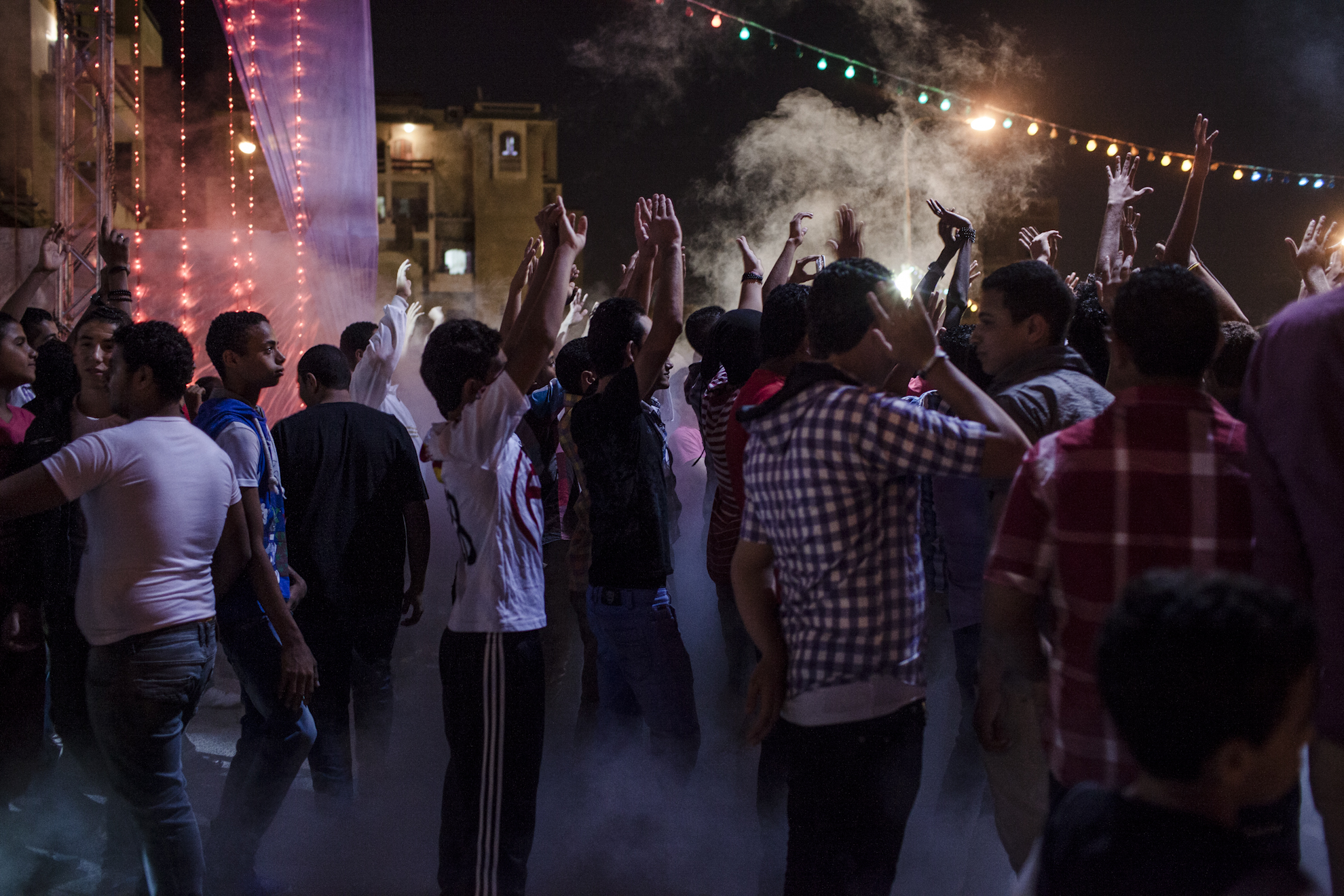 Sadat and Alaa 50 Cent arrive at a wedding in a fancy pink car. A flock of young guys come running up to them, yelling their name, and dancing crazy, indefinable moves. The comparison with the blinged-up pitfalls of gangsta rap is tempting. But Alaa clarifies where his name stems from: “I love 50 Cent, but I was called Fifty because when I was a kid I was always sharing everything.

This article originally appeared in Huck 43 – Street Photography with Boogie.

Linkedin
RELATED ARTICLES
OTHER ARTICLES
At his West Bank restaurant, Fadi Kattan established himself as the voice of modern Palestinian cuisine. Now, he’s bringing his innovative, bold flavours to the UK’s capital.
Activists and campaigners are fighting back against new laws that would seriously undermine the ability to take industrial action, calling it an attack on fundamental workers' rights.
A new exhibitions brings together the work of photographers who documented the deep unrest of these pivotal decades.
Social prescribing connects people with non-medical support to improve their health and wellbeing – but some experts worry it’s just a stick plaster solution.
As she gears up for the release of her first book, the 24-year-old climate activist talks standing up to authority and building a more inclusive movement.
After blocking the Scottish government’s gender recognition reform bill, Westminster is now devising further changes to the law to make it harder for trans people to self-identify.