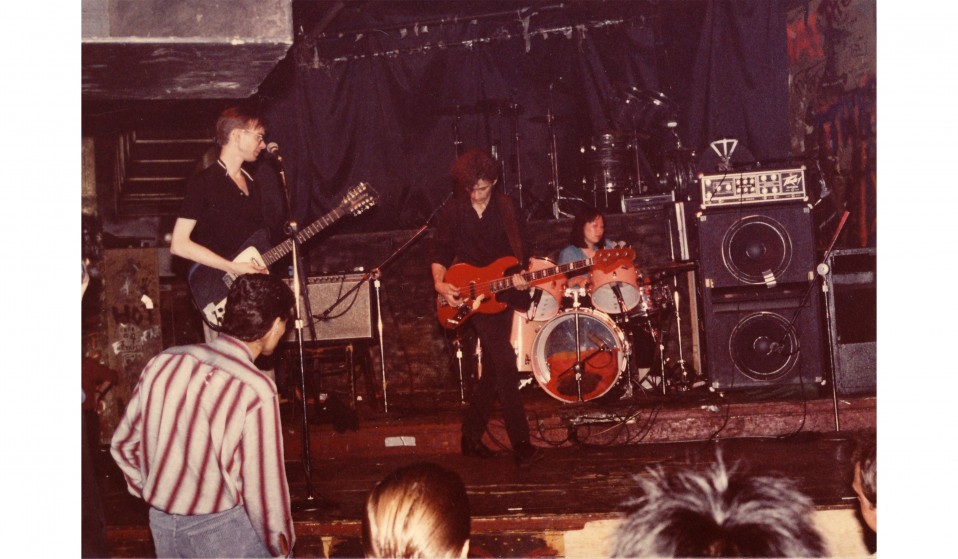 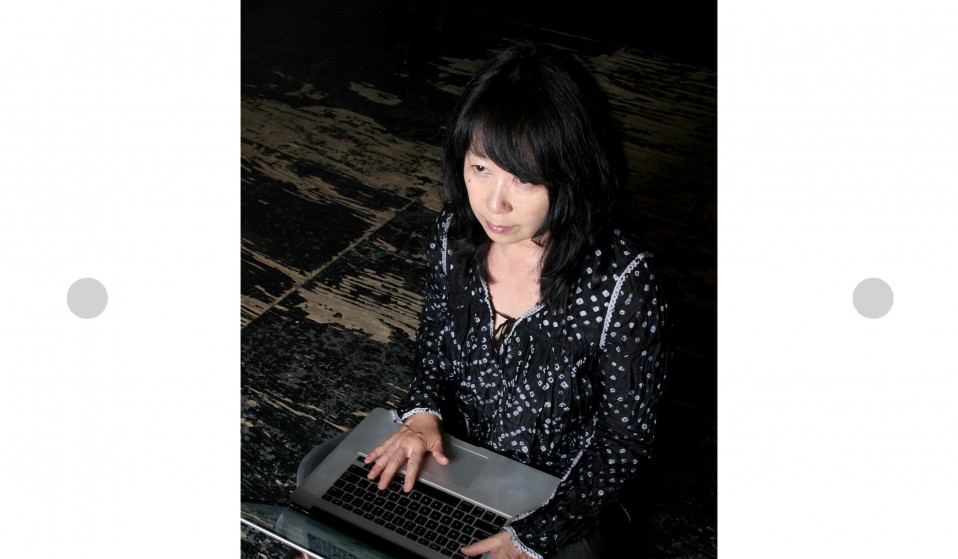 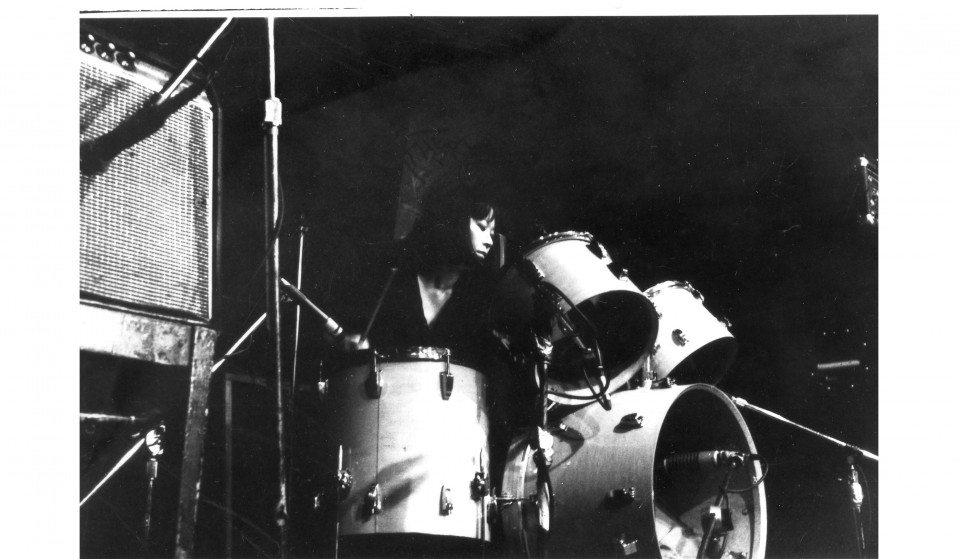 Tokyo-transplant Ikue Mori surfed the rise of No Wave on New York’s Lower East Side in the late 1970s and continues to push at the boundaries of improvised music to this day.

As Kim Gordon released her memoir Girl in a Band, we unearth this piece from her’s and Bill Nace’s curated section in Huck 42 - The Improv Issue.

Tokyo-transplant Ikue Mori surfed the rise of No Wave on New York’s Lower East Side in the late 1970s and continues to push at the boundaries of improvised music to this day.

Drummer, composer and graphic designer Ikue Mori grew up in Tokyo but came into her own in New York City, at the tailend of the 1970s and the height of punk. She joined Arto Lindsay – a familiar face in the burgeoning East Village art scene – as a member of No Wave act DNA and became an experimental centrepiece at Mudd Club, CBGB’s and Tier 3. These days, as a creator of percussive, broken beats and diaphanous, unmappable soundscapes, her music seems far removed from the unschooled noise and energy of Manhattan’s Lower East Side. But a love for improvisation remains. We skyped for nineteen minutes and twenty seconds from Tokyo, where she had just completed a solo tour of Japan.

How would you describe your work?
I am a musician and a composer. I use noise, I make noise, personal sounds that I cannot describe. I also make songs. My main instrument is the computer, but for some reason I am categorised more often as a ‘jazz musician’ rather than someone involved in ‘electronica’. I don’t often get invited to sonar-type festivals for example, but more often to jazz events and improvisation happenings. I find that interesting. I write and I improvise. Often, if I am invited by another artist I will improvise, but if I am playing solo the material is composed. I also make visuals and construct stories using the sounds and the images that I make. My inspiration is a mixture of my own personal experience and also a lot of visual art, particularly Japanese classical paintings and the stories to which they refer. I think of myself as making imaginary soundtracks, or soundtracks for films that have never existed.

Is there room for an improvised impulse in contemporary popular music?
For me improvisation is used to make songs more unpredictable. I like to use improvisation within composed music. More and more I think there is an experimental element in popular music. When I make music, and when I was making music with DNA in the early days, we were not thinking like, ‘I am making noise.’

We were making music, expressing things that we were influenced by and that continue to influence us. We weren’t trained musicians, but I don’t want to be called a ‘noise musician’ because to be categorised like that is useless. Of course we make noise, of course we make a sound, but for us it is always music.

What was it like in 1977 for someone like you, a Japanese punk girl, to turn up in NYC?
When I went to New York I wasn’t a musician, or really interested in being a musician. I was just there to see what was happening in the scene. We’d hang out at CBGB’s and Max Kansas City. I was with my boyfriend who was a guitar player and we were just hanging. We kind of stood out because there weren’t too many Asian punks in New York at the time! I think it was James Chance and Lydia Lunch who approached us first. They were starting a band called Teenage Jesus and the Jerks and they needed a bass guitar player so my boyfriend got the gig. Then some other people asked me what I did and I just said I don’t do anything. ‘Okay,’ they said, ‘you can be our drummer!’ By chance I realised I could make a 4/4 beat and that was that.

Had you had any access to rock ‘n’ roll, jazz or improvised music up to that point?
Well, growing up in Tokyo in the 1960s we had access to Amer- ican culture. It was everywhere, really, and by the time I went to New York American TV programmes, rock music and films were very popular. I was particularly a fan of the Velvet Under- ground. I never really thought I would have been a musician, though, particularly in Japan. In Japan the rock scene is absolutely dominated by men – there were hardly any female musicians around. I had been surrounded by musicians, but it was very intimidating. Being a rock musician seemed impossible for me. But when I got to New York I met people like Lydia Lunch and Connie Bug who were artists, but were playing instruments and starting their own bands. You’d never hear them talking about technique or how to play – it was all about the idea, about doing what you wanted to do, expressing what you wanted to express. It was very liberating for me.

Do you think that women have maintained that sort of liberated position in the music industry?
Well, in the experimental music scene all over the world they certainly have. There are women drummers, on computers, guitarists. Experimental music has never relied on women being sexy in the same way that pop or rock music has.

How influential do you think the No Wave scene really was?
Well, it surprises me how often it is referred to and how often it comes up as a discussion. I have a long, long history in music since that time and it’s a bit annoying sometimes. It was an important part of my life and my development as an artist but even though I have moved on at so many levels, for some I will always be the drummer from DNA.

Linkedin
RELATED ARTICLES
OTHER ARTICLES
The situation in Afghanistan remains dire, with many groups facing persecution at the hands of the Taliban.
Members of the collective share some of their reasons to run as part of #UnitedBySummits, a campaign that looks to uncover transformative power of the outdoors.
Photographer Phyllis Christopher recalls capturing sex and protest at a time when the city had become a haven for the queer community.
In the latest OFFF Dispatch, the enigmatic designer dives into his process, connecting the dots between his unique and varied creative output.
Our new magazine is here, starring the inimitable Mitski. Order your copy now and join us on a trip around the world.
Following the release of his newly republished 1991 book, Redheads, the American photographer reflects on his celebration of ginger people and their magnetic power.