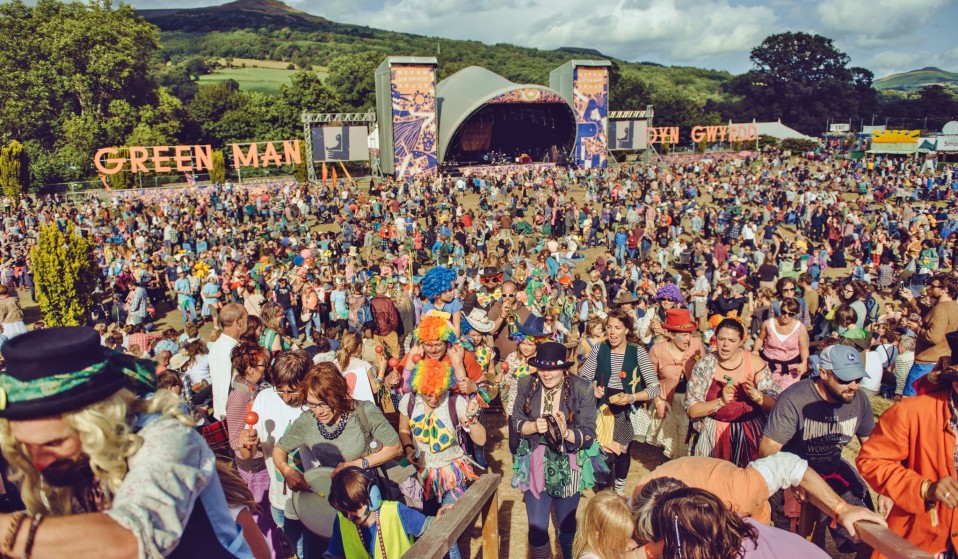 At eighteen, Fiona Stewart was a single mum living in squats and homeless shelters. After resurrecting The Big Chill she’s now the award winning director of Green Man Festival.

At eighteen, Fiona Stewart was a single mum living in squats and homeless shelters. After resurrecting The Big Chill she’s now the award winning director of Green Man Festival.

Fiona Stewart is trying to articulate the philosophy that’s inspired her working life. “I guess if you do nice things and foster respect it creates a kind of… happy energy. She pauses, breaking into laughter, “I mean… I don’t want to hug a tree or anything, but it’s true!” And with the annual Green Man Festival – which Stewart owns and runs – she’s built an event with foundations deep in that ethos.

Green Man grew from a party in a field to become of the most well regarded festivals in Europe. Audiences and artists alike connecting with its ethos of tight budgets, zero corporate sponsorship and a focus on high quality music; “We’ve never had a problem getting amazing performers because the people we approach want to play Green Man,” she says. “We can’t pay enormous fees and we don’t have a VIP area, but we’ll wash a band’s clothes because that can be a nightmare if you’re on tour,” she laughs.

The youngest in her family — a decade the junior of her closest sibling  — her mother had begun to develop severe mental health issues that dramatically impacted on Stewart’s childhood; a challenging situation, which eventually led to her to leave home while she was still in her early teens. “Having a parent with mental health problems, it was easy to fall out of the system,” she recalls.

At eighteen, after a period of living in squats and on sofas, she found herself alone, with a newborn son in a homeless shelter. “It was a pretty grim existence,” she remembers. “But when you’re in that position you don’t realise how desperate things are. You just get on with it don’t you?” she says matter-of-factly. “I remember thinking; ‘I’m lucky because I don’t have to sleep on the streets’. Although looking back there are moments when I think, ‘God…what were you doing Fiona?’” 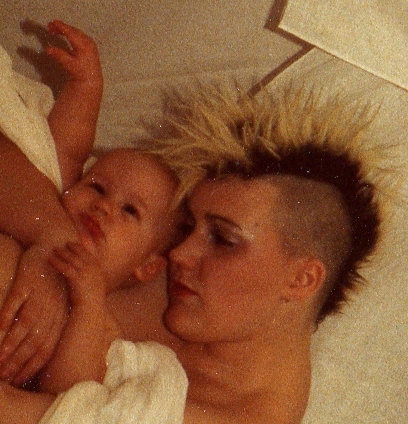 It was around this time Stewart found support from an unlikely quarter: working with the drag artistes of Camden’s recently closed Black Cap pub. “In a way, they were the ones who really brought me up. I found their attitude inspiring because they just didn’t give a shit what people thought” she pauses. “I could have been very lost, but they helped me even though they didn’t have to; they taught me that kindness creates kindness.”

It took a long time and hard work but Stewart and her son were eventually placed in their own flat, the security of which completely changed her life. And with this new sense of security came a renewed interest in education, which saw Stewart go to university and study psychology. But she looks back on her motivations at the time with mixed feelings; “I’d been very anti-education, so I think part of going to university was wanting to be like everyone else.” She says, “When you have an unusual upbringing, you think there are certain things that’ll make you like everyone else — and having a degree seemed like the thing to do —because at the time I just wanted to be normal.”

But her formal education —and the more universal lessons gleaned from her time at the Black Cap —would eventually unify in the least normal of situations, the world of festival organisation. “The reason people behave badly and — more to the point — why they expect to be treated badly is because they are treated badly. I like that idea that if you bring people together in a positive environment, you can foster a level of social change”. 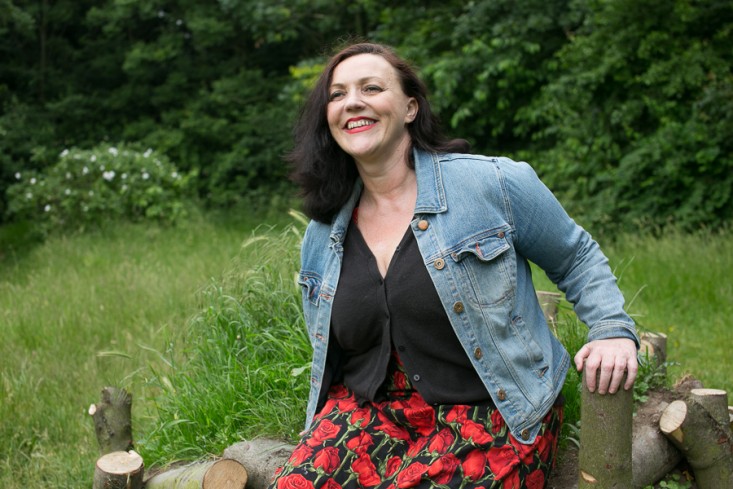 A concept she first truly put to the test on The Big Chill Festival in the mid-‘00s, after the owners brought her on board as an adviser, when they were facing claims for criminal negligence. “Things in previous years had got out of hand, but I felt that if we created a more ambient, social and attractive space for people then there’d be a calming effect.” And that’s exactly what Stewart did; bringing The Big Chill back from the dead by decreasing the trouble and moving it to the British heritage site.  But the move wasn’t a period without any conflict, as she explains, “When we went to a meet the locals they were very aggressive towards us. They acted like the Vikings were coming!” She laughs, “I remember at one meeting they screamed and threw eggs at me as I left.”

Unassuming, warm and good-humoured, there are times in conversation when it feels like Stewart has lived enough for several lifetimes. But her alchemical mix of hard work, talent and unique karmic belief seems to have pulled her through. Although her inspiring story is not necessarily and image she’s wanted to embrace. “I didn’t tell people about my life when I was young because I was worried they’d think I was lying, unstable, needy or complicated,” she explains. “I guess it’s just taken me a while to feel comfortable in my skin. But now I realise that when you’ve have an odd background, it’s good to tell your story.”  She thinks for a moment. “It’s important to let others experiencing similarly difficult situations know what people like us can achieve.”

The lineup for Green Man Festival 2015 has just been announced.

Linkedin
OTHER ARTICLES
With skyrocketing rents, packed out viewings, bidding wars and more, renting in London has never been harder.
Financial turmoil is pushing people who work in the sex industry into more dangerous and desperate situations as a means of survival.
Yesterday thousands gathered outside Buckingham Palace after news of the Queen’s death broke.
Birdy Chu reflects on documenting the historic moment in which the territory was formally passed back from the UK to China.
Rogue landlords are exploiting young and inexperienced renters and leaving them in mental and financial turmoil, reports Niall Hignett.
The idea that a younger generation is abandoning work has become a popular narrative online, but it doesn’t necessarily reflect reality.