Art & Culture / Music / My Life in Music / What happened to the post-punk No Wave movement? 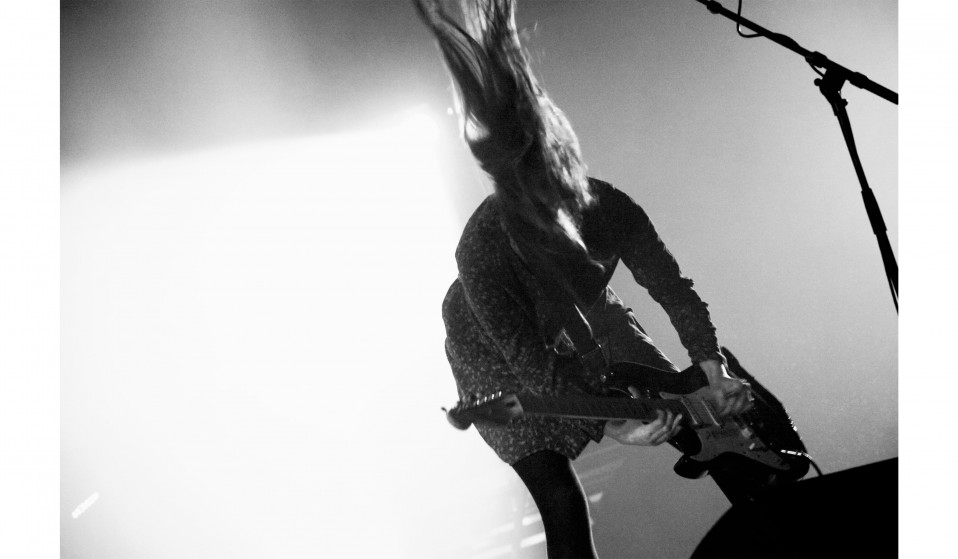 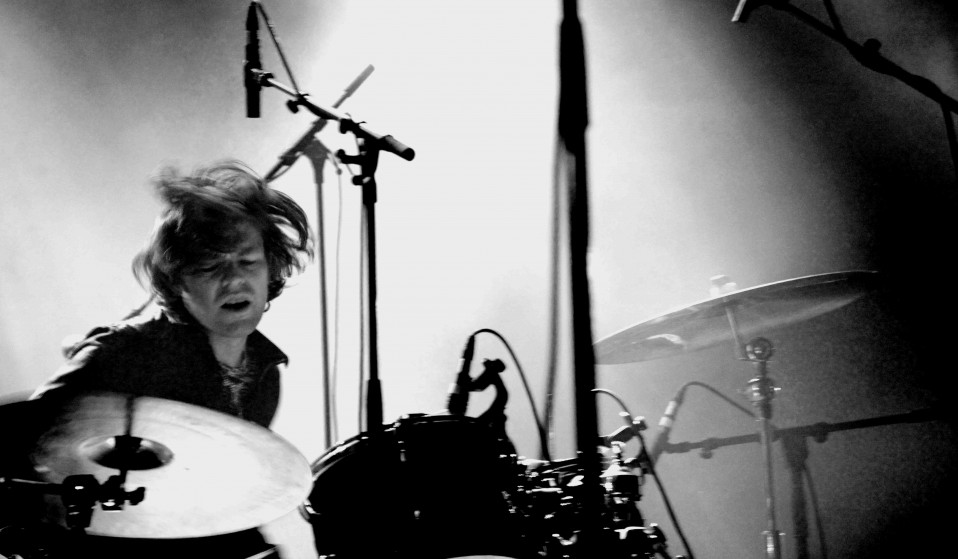 i
Photo by Christel Grignon.

No Wave burst out of New York’s underground in the late 70s and early 80s then faded from view, but its influence lives on - if you know where to look.

No Wave burst out of New York’s underground in the late 70s and early 80s then faded from view, but its influence lives on - if you know where to look.

Music critic Byron Coley helped tame the frenetic 1980s into comprehensible indie canons through corrosive wordplay that unfurled with the energy it sought to describe. Inter- views, reviews and features in epoch-making mags like Forced Exposure and Spin evolved into collabs and friendships and Coley’s words have appeared on liner notes for everyone from Dinosaur Jr. to Sonic Youth. He co-writes a column for Arthur magazine with Thurston Moore, a listicle-style breakdown of their joint knowledge of underground culture. In 2008, these encyclopedic insights manifested as a co-authored book, No Wave: Post-Punk. Underground. New York 1976-1980. Now, at the dawn of 2014, Coley’s joining the dots from that point to the present tense. There’s no one better placed to pick apart our cultural landscape and drop a peg on the people and places that still embody the No Wave way.

Byron Coley: The No Wave movement was a dark flash of underground energy occurring between the years 1976 and 1980. New York City was where most of the musicians, artists and filmmakers lived at the time, but there were parallel movements in cities like Berlin, Melbourne and Zurich. The No Wave aesthetic revolved around the punk-derived notion that technique was shit. Bands were assembled with members who knew more about painting than playing music. Films were created by first- time directors using first-time actors. Art was spraypainted or magic-markered or pasted onto public walls. It was a weird, urban explosion of creativity among a small group of people, and it didn’t even really have a name until it was almost over. The term ‘No Wave’ was a throw-away joke used in an interview with Lydia Lunch, a wise-ass runaway whose combo, Teenage Jesus and the Jerks, was one of the scene’s most implausible stars. By the time Eno put together the No New York compilation, most of the original bands had dissolved, and many of the musicians (who had now learned how to play) were attempting to create dance music. But the basics of the raw, art-damaged impulse near the heart of No Wave continues to make its influence felt. It also provided the initial spark that led directly to bands like the Birthday Party, Einsturzende Neubauten and Sonic Youth.

Here’s some random evidence of its living continuum. 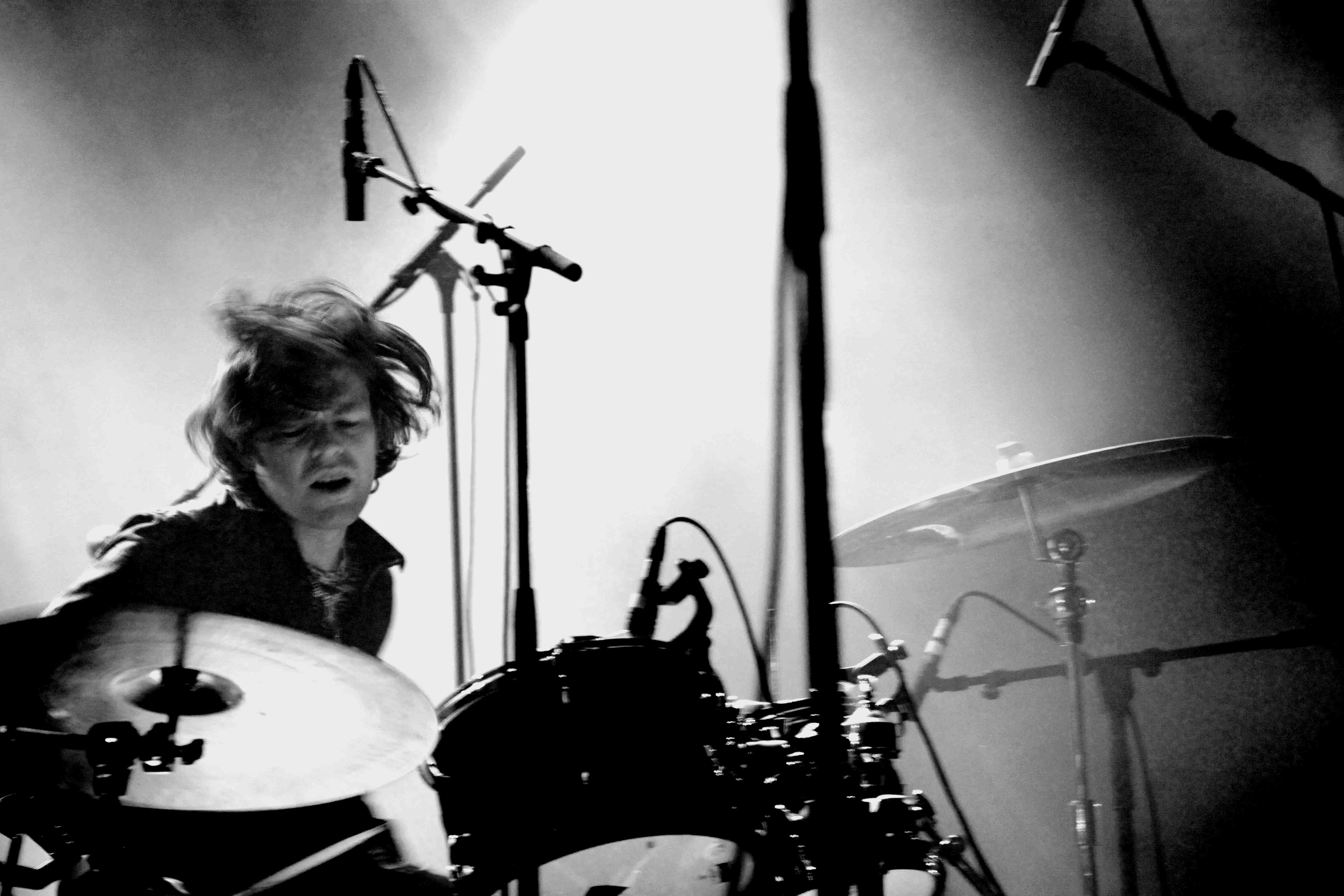 This New England trio was unknowingly formed in adherence to a couple of the basic tenets of No Wave bands – the guitarists didn’t know how to play, and they were women. The No Wave bands were notably democratic in their inclusion of female members as players – Lydia Lunch in Teenage Jesus, Nancy Arlen and Connie Burg in Mars, Ikue Mori in DNA, Pat Place and Adele Bertei in the Contortions, Nina Canal in Tone Death, etc. At their debut show, the two women in Magic Markers looked like they had never even held guitars before, and they combined this truly artastic befuddlement with a roaring blare of sound. Their approach would mature a bit sonically over the years, but it was replaced by overwhelming on-stage aggression, equal to the example set by the Contortions’ James Chance when he attacked Village Voice music writer Robert Christgau during a live set at NYC’s Artist’s Space one night in 1978. The Markers are actually a bit calmer now, but they continue to generate Discordianist energy galore. 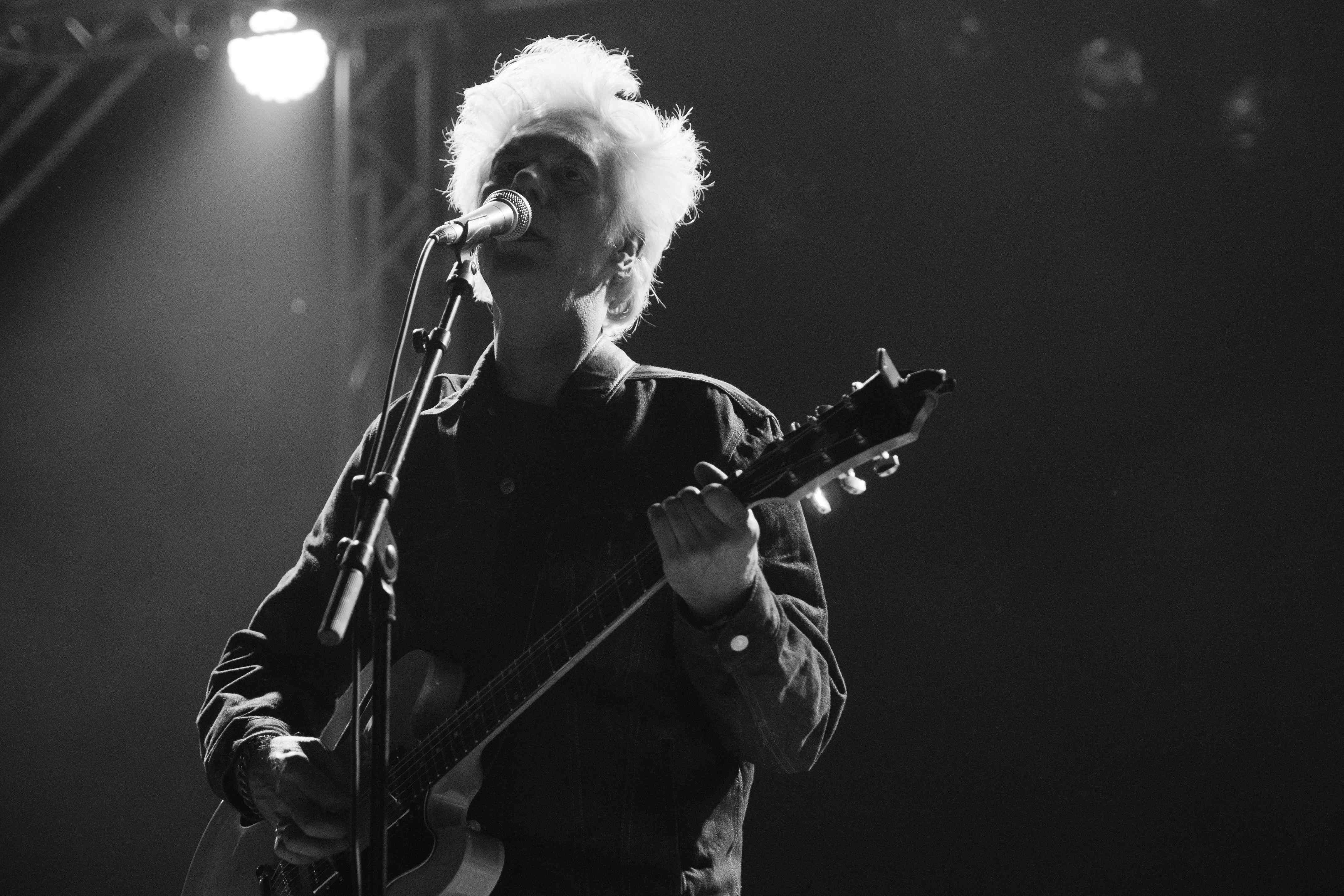 Although during the No Wave era, Jarmusch was thought of as a musician more than a filmmaker, he is one of the most notable directors to have brought a No Wave sensibility to his ouevre. It might seem questionable to ascribe much weight to a film movement that was birthed primarily because one purveyor of stolen goods on the Lower East Side came into possession of a truckload of high end Super 8 cameras, but what the hell. Watching that beautiful scene where Bill Murray stalls in front of his television in Broken Flowers always reminds me of the chain-smoking astronauts in the 1978 film, Men in Orbit, by John Lurie (better known as a painter, musician and actor). There are also glim- mers of No Wave cinema that pop up throughout the movies of the Mumblecore directors and film- makers like Kelly Reichardt, who employs musi- cians as actors. Sure there’s a wide gulf between Will Oldham’s stillness in Old Joy and the menacing appearance of the Cramps as a gang who hang out a CBGBs in Amos Poe’s The Foreigner, but the model remains No Wave eternally. 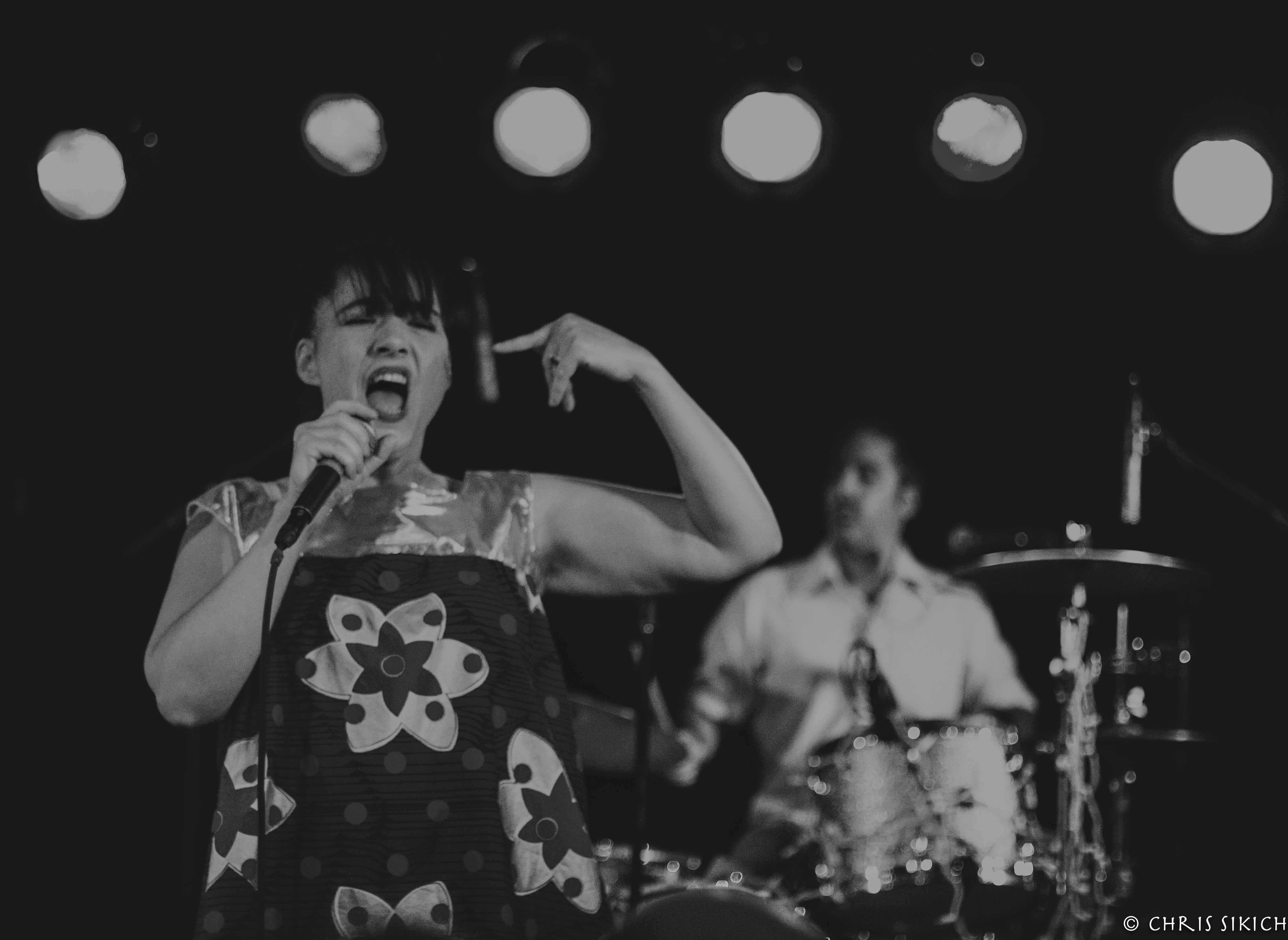 Kathleen Hanna’s newest band may not be quite as No Wave damaged as Bikini Kill was, but its rawness is a distinct move in that direction. The whole Riot Grrrl movement was far more politically oriented than No Wave (which was ultimately as nihilistic about politics as it was about everything else), but initial Riot Grrrl bands – Bratmobile, Bikini Kill, et al. – were far more similar to No Wave bands like UT (an all-female trio who rotated instrumental chores after each song) and their scum-rock children like Pussy Galore (whose Julia Cafritz was an insanely primitive guitarist) than anything else you could name. Julie Ruin’s music shares much of the dissonance with its progenitor, and Kathleen’s new image recalls Lydia Lunch’s approach with 8-Eyed Spy, the first unit she ever had with which she interacted at all with the audience. With earlier bands –Teenage Jesus and Beirut Slump – attendees were ‘lucky’ to get even a sneer out of Lydia. 8-Eyed Spy actually played encores now and then. Surely The Julie Ruin follow suit. 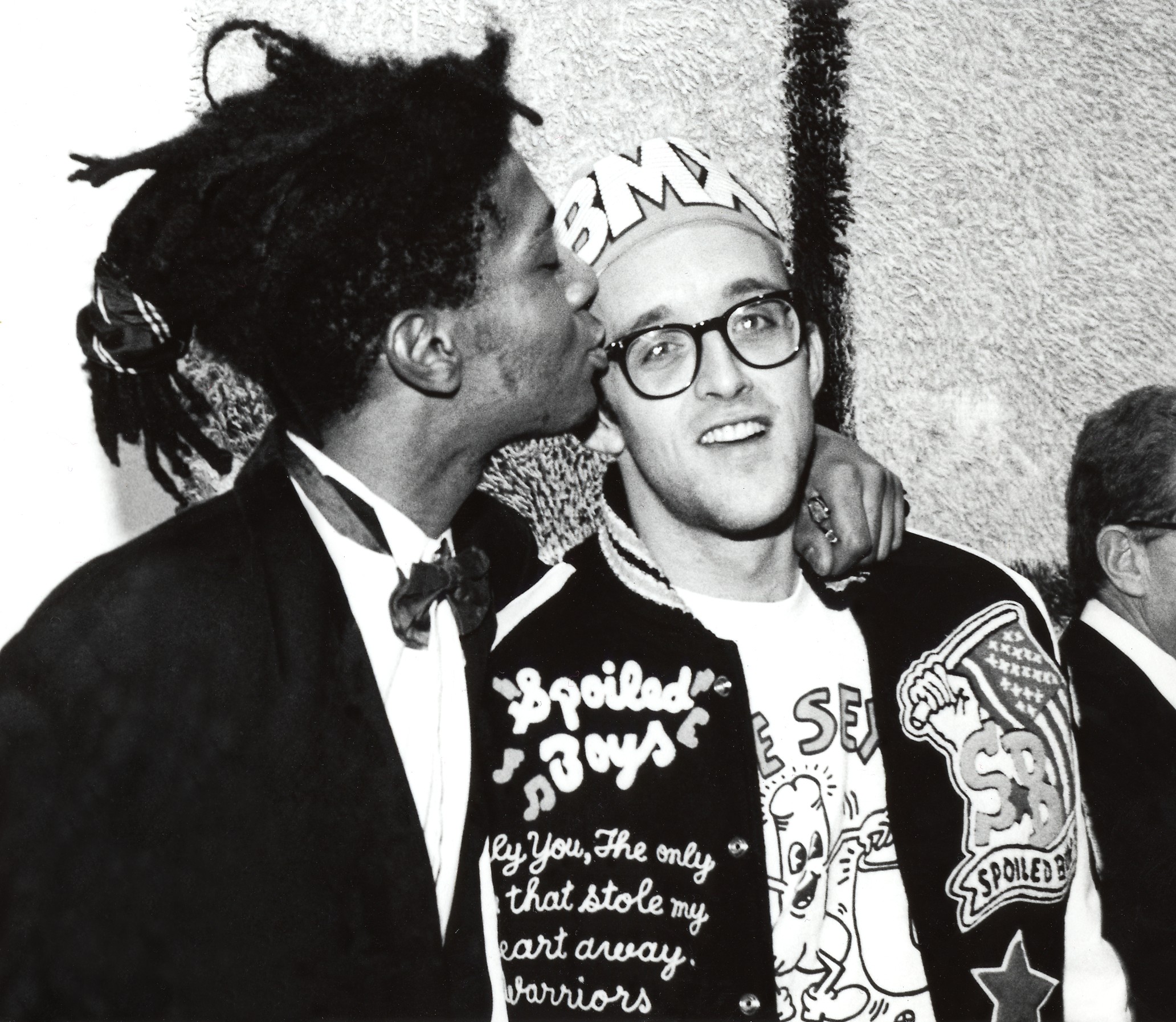 Most people associate the transition of graffiti from public nuisance to upscale-gallery-bait with hip hop culture, and that’s certainly part of the story. But of the original Big Three of the genre’s upscale trajectory – (arguably) Keith Haring, Jean-Michel Basquiat and Futura 2000 – only Futura was really associated with hip hop. Basquiat had a noisy rock band that verged on No Wave called Gray (also including Vincent Gallo at times) and Basquiat was always hanging around Tier 3 and the Mudd Club when No Wave bands were on stage. Tier 3 was probably the closest thing No Wave musicians had to a clubhouse, and Basquiat once did a show of his drawings there. I seem to recall they were available for the taking and I’m still kicking myself for not filling my pockets. Haring also curated an exhibition space at the Mudd Club (another No Wave clubhouse). Without their examples it’s unclear if street art would have ever had the impact it did. Which would have meant that no one would actually care who the hell Banksy even is.

And maybe that’s the way Lydia Lunch would like it, but surely you are made of sweeter stuff. Like Madonna. Who actually had a No Wave-ish combo with the Braun brothers before they hooked up with Swans’ Michael Gira. But she never acknowledges the band, so I guess we won’t either.

This article originally appeared in Huck 42 – The Improv Issue, curated by Kim Gordon and Bill Nace.

Linkedin
RELATED ARTICLES
OTHER ARTICLES
In his 2008 series, the photographer pictured himself as Angela Davis, Martin Luther King Jr., Malcolm X, and other prominent figures.
A 37-year-old woman shares how her abortion led her to become a clinic worker, and the abuse she’s received in that role.
A group of young Palestinians have found temporary freedom in the act of parkour, reimagining wreckage and ruins as a series of high-octane playgrounds.
Rogue landlords are exploiting young and inexperienced renters and leaving them in mental and financial turmoil, reports Niall Hignett.
Photographer David Corio’s archive offers a glimpse inside a revolutionary era of music and nightlife.
Cindy Campbell recounts how her brother ushered in a new era of musical culture at a party she held in the Bronx in ‘70s.