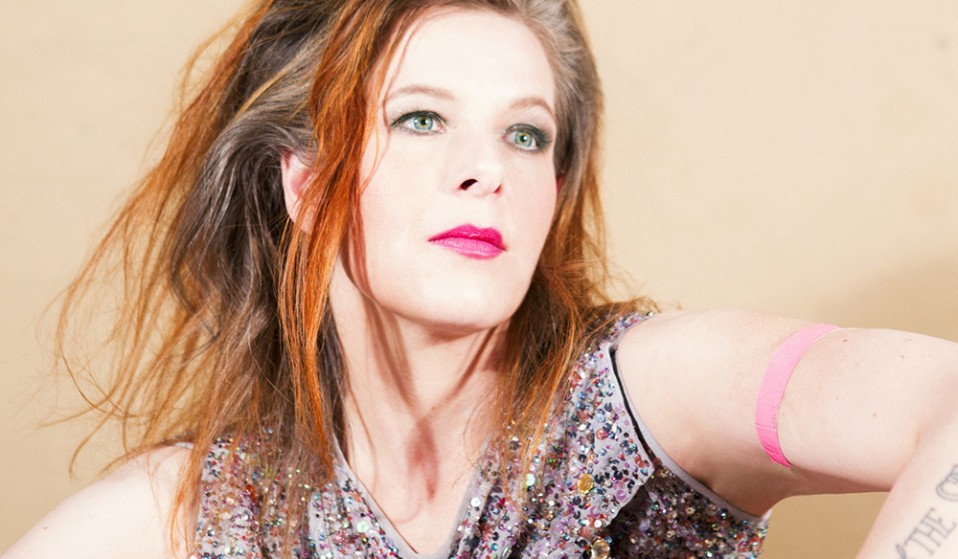 Neko Case found a home in indie rock when she was fifteen. And she still sees independence as a privilege. Neko spoke to Huck to walk us through her journey from teen runaway to acclaimed indie musician.

Neko Case found a home in indie rock when she was fifteen. And she still sees independence as a privilege. Neko spoke to Huck to walk us through her journey from teen runaway to acclaimed indie musician.

For the past eighteen years, Neko Case has proven that consistency and adventurousness can inhabit the same space. Best known for the whip-smart lyricism of her solo records, Case also plays in indie rock supergroup The New Pornographers, runs an alternately earnest and hilarious Twitter feed, and operates a small farm in Vermont, where she lives. She is so unguarded and casual onstage that one might assume everything comes easy to her. The truth, says Case over coffee at a diner in Portland, Oregon, is that she rarely rests. “Not working is a talent,” she says. “I don’t have it.”

Case, whose parents struggled with drug and alcohol addictions, left her family home in Tacoma, Washington, at fifteen. “I was pretty feral, and Tacoma was really weird. We were kind of a clearinghouse for the old drugs, too. We had crystal meth, but we also had PCP – drugs that had fallen out of fashion elsewhere. But I loved my city, we were the biggest underdogs ever.”

Case began to hang around Tacoma’s Kennedy World Theater, a community-minded rock club, and quickly found a new home. “I could have fallen in with really bad people who were looking to exploit a young person,” she says. “Instead, I met these people who thought I was an interesting kid, and they let me hang around. I was kind of safe under their umbrella – as safe as you can be by yourself in the city at fifteen.”

She began volunteering at the venue, but the lack of women in rock bugged her. “Every couple of months or so, a band would come through with maybe one female member, and I’d be like ‘Whoa! Lady in a band!’ Those women were received with real hostility. It was hard to believe.”

Though she was surrounded by punk rock, Case began digging for records at thrift stores, and became enamoured by country and gospel, where women played a more active role than they did in the pre-grunge Northwest. That traditional influence was taking a strong foothold in Case as she moved to Canada in 1994 to attend the Emily Carr Institute of Art and Design.

The community she found in Canada was even more inclusive than the one back home. “Canada is the largest country in the world with the smallest population. Say you’re in Vancouver – if people want to be in bands, they have to do double-duty. You play guitar in this group and play bass in that one. It’s so productive. I learned about communal spirit from the Canadians, because man did it work out well.”

Case played drums for punk bands like the Del-Logs and Maow. But she also dabbled in country music with a band called Cub and the Weasels. Eventually, she recorded vocals with The New Pornographers – a supergroup that would help launch the solo careers of A.C. Newman and Dan Bejar’s Destroyer – while continuing to make her own solo records. Her first, 1997’s The Virginian, was a collection of country covers and traditional-sounding originals. But by the early 2000s, she would develop a darker style infused with evocative and mysterious storytelling – a David Lynch-esque take on alt-country. It wasn’t until 2002 that she found a home with cult country label Bloodshot Records.

“Early on I would have loved to be signed by a major label, but the greatest thing that ever happened to me is that I wasn’t,” Case says. “I really had to do it myself at that point. Now I have accomplishments that, to me, seem pretty far ahead of their time. When it comes to being in control of my own business, I was way ahead of the curve. I’m really proud of that. And the most important thing was that I didn’t have to fuck people over to do it. They want to make music sports, and music is not fucking sports. There’s this idea that you have to have some sort of hard-ass management that treats people like shit. Those people are a representation of you. If you think that sort of corporate stuff is gross, it’s because it is gross. It’s not a competition, and there’s room for everyone. You should be proud of what the people in your scene accomplish. It sounds cheesy, but generosity opens doors.”

Case, who has recorded for influential indie label ANTI- since 2004, has since turned down major label advances. She has retained many of the same bandmates (including bandmate Kelly Hogan, currently on loan to the Decemberists, and multi-instrumentalist Jon Rauhouse) for over a decade. She takes an active role in everything from choosing venues to selecting merch. And she grew up too poor, she says, to burn much money on things like music videos. “I definitely don’t take my independence for granted,” she says. “I think I would be pretty sad as a human being if I wasn’t super motivated to work. Employing people in a shitty economy is a good motivator, too, because you want them to have health insurance and homes, you know? It’s a lot of pressure, but it’s also a privilege.”

Case’s latest album, The Worse Things Get, The Harder I Fight, the Harder I Fight, the More I Love You, is her most adventurous outing to date. It earned her widespread acclaim and a third Grammy nomination. Still, her punk rock roots remain gleefully intact. She curses like a sailor in interviews, advocates for animal rights on social media (and in her music), frequently champions independent artists, and is currently working on an “extremely long” essay about feminism. She’s also wrapping up the art history degree she started in Canada a decade ago. Music, though, remains her focus.

“I’ve committed to this so totally,” says Case, now forty-four. “I don’t have any family or kids or anything. I do a lot – I’m a musician and a producer and a writer. I never would have been able to say that at thirty years old. I would have felt unworthy of music. But this has been my full-time job for fifteen years now, and you’ve just kind of got to own it. It’s good for your soul, and your identity, and your self-confidence. Everyone deserves to feel like they’re good at something.”

Linkedin
RELATED ARTICLES
OTHER ARTICLES
Photographer Arthur Grace recalls travelling through the Soviet Bloc and finding ways to evade the surveillance of his work.
Freddie Miller’s new series of photographs investigates who today’s trainspotters are and what drives their unfettered enthusiasm.
A new edition of a seminal book brings together iconic images of the band onstage in their full glory and backstage in moments of unguarded camaraderie.
Wealth inequality and the rising cost of socialising is placing a strain on people’s relationships, reports Eve Upton-Clark.
The overlooked story of Leicester’s inaugural Pride march is a reminder of the power of collective resistance in the face of far-right bigotry.
Curator Antoine de Beaupré discusses his immense record collection and what it tells us about the intersection of music, photography, art, and commerce.