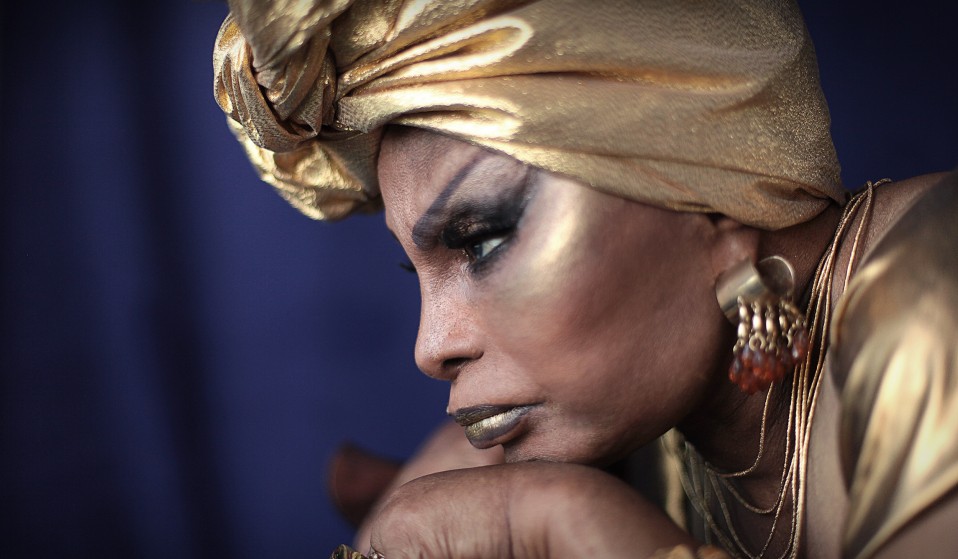 At 79 years old, Elza Soares has never been more relevant. As Brazil faces growing repression, she has become a guiding light for the country’s disenfranchised Black, female and LGBT people.

The Barbican’s cavernous hall is pitch black. Out of the darkness emerges Brazilian songstress Elza Soares, sitting on an elevated throne above the stage. With ghostly black Louise Bourgeois-style tendrils extending from her dress and falling down the steps before her, the slight 79-year-old commands the room like an Empress of the underworld.

The samba icon and Brazilian national hero is in London to perform her bold new album, The Woman At The End Of The World. Approaching her ninth decade, Elza could have chosen to recycle the sultry sounds that made her famous, but instead she’s made perhaps her most defiant artistic statement yet.

It’s a challenging and cutting-edge record that not only fuses elements of punk and noise-rock with Afro-Brazilian styles, but delivers a burning critique of the fault lines, conflicts and injustices that plague Brazilian society.

Soares refuses to turn away from Brazil’s political crisis and its illegitimate right-wing government, which threatens to roll back hard won gains for the country’s poor and popular classes over recent decades: human rights, equality and inclusion. “I have always said that my entire life is a political movement,” she says, when we meet in her dressing room. “I won’t ever stop saying what I think.” 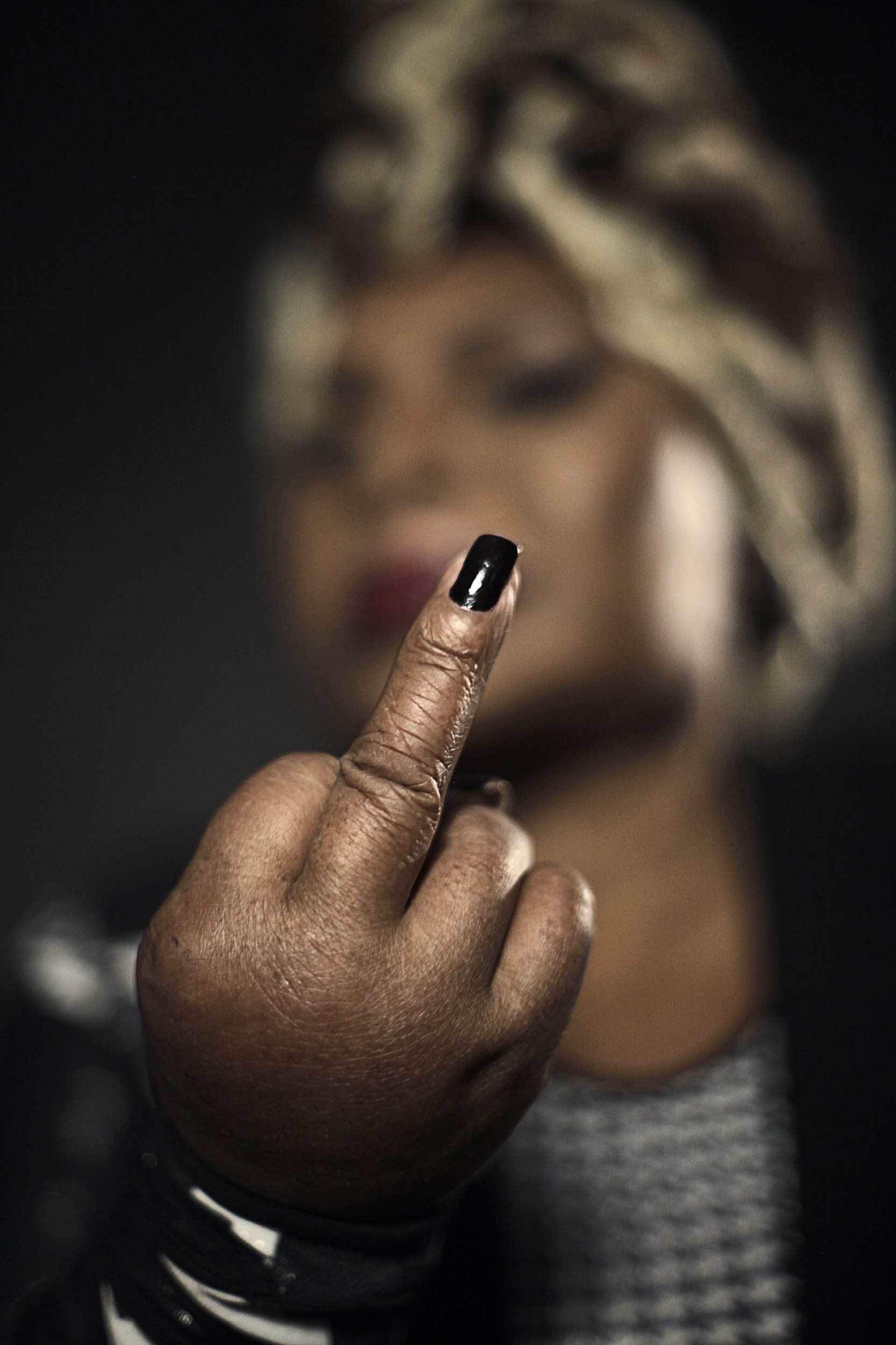 As the country slips backwards into a dark and repressive period, in continuing to fight and be a figurehead for those who stand to lose the most: women, Black people, the LGBT community, sex workers and all of Brazil’s dispossessed, she has proven herself to be as relevant as ever – but then Soares has never known the easy path.

Born in 1937 (by most accounts) in a Rio de Janeiro favela, she grew up in poverty, was forced into an abusive marriage by her father at 12, gave birth to her first child at 13 and was widowed by 21 – after having four more children. One she gave up for adoption, another died of malnutrition.

Black, poor and self-taught, Soares rose to fame thanks to a TV talent show and her unmistakable rasping voice left a huge impression on música popular brasileira. But her rags to riches trajectory could not protect her from continued hardship: exile, racism (sometimes being forced to perform off stage because of her skin colour), scandal and seeing the love of her life, Brazilian football legend Garrincha, descend into alcoholism, beat her and die penniless and forgotten. In total, she has witnessed the deaths of five of her children. 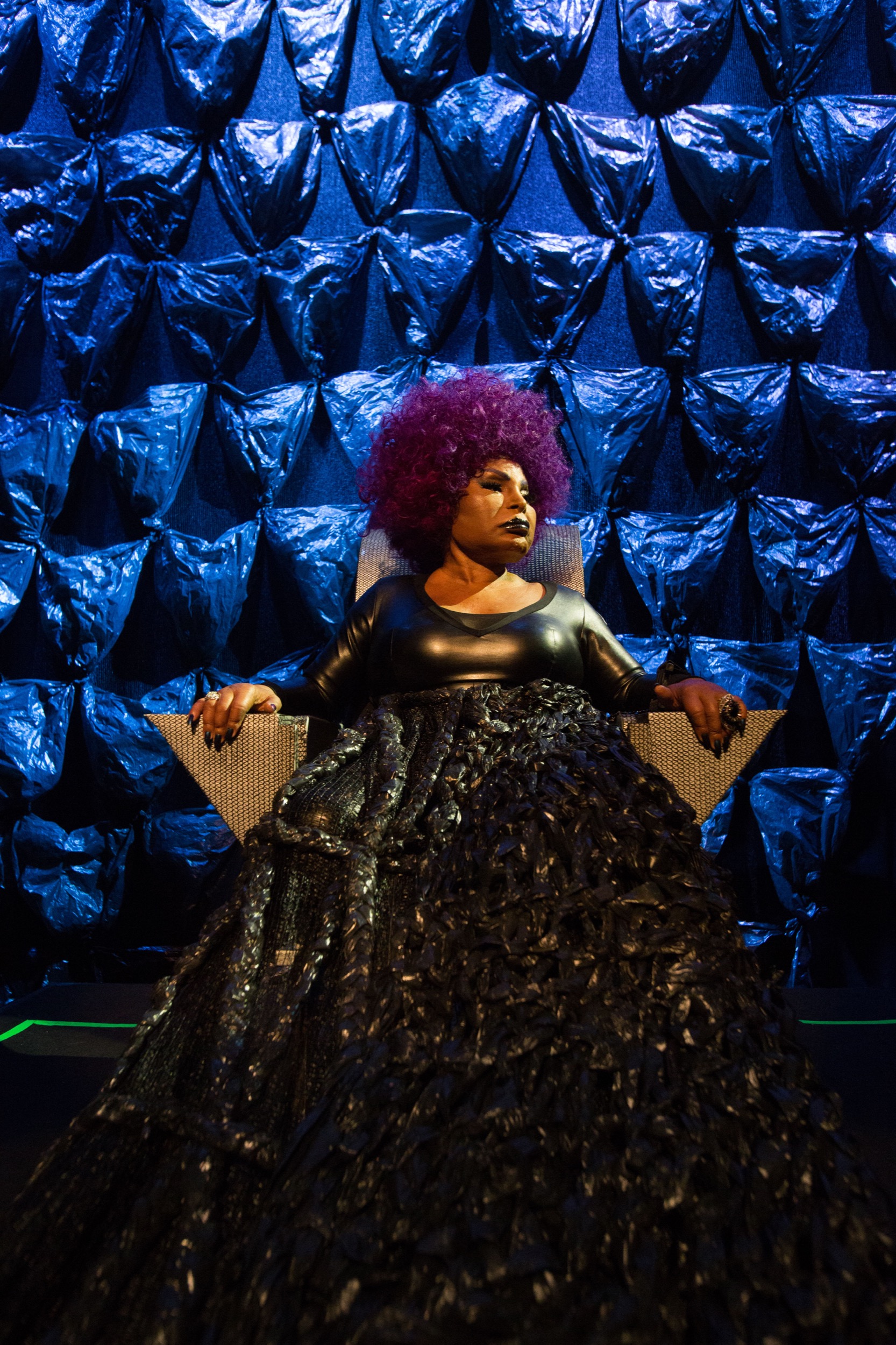 Tragedy has irrevocably shaped her life and her art. “When events like these happen in your life, you cannot stop everything and cry forever,” she says, resolutely. “You have to move forward with your life and channel all this energy into something really useful. You can’t let these things get you down, or force you to give up. I’m not the only one who has experienced events like this in my life.”

Soares never forgot where she came from and has always sung for the oppressed. “I’m always singing to remind you that blacks exist,” she once said; “gays and prostitutes” too. She has become a national treasure by giving voice to the voiceless and the struggling.

“The ‘minorities’, they are the real majority in our country,” she says. “The real majority aren’t given a voice. It’s time for people to have the voice to be heard. I have witnessed and been part of the enormous progress for Black people in Brazil, especially Black women. But at the same time, the change is too little. There is still so much that needs to be done.” 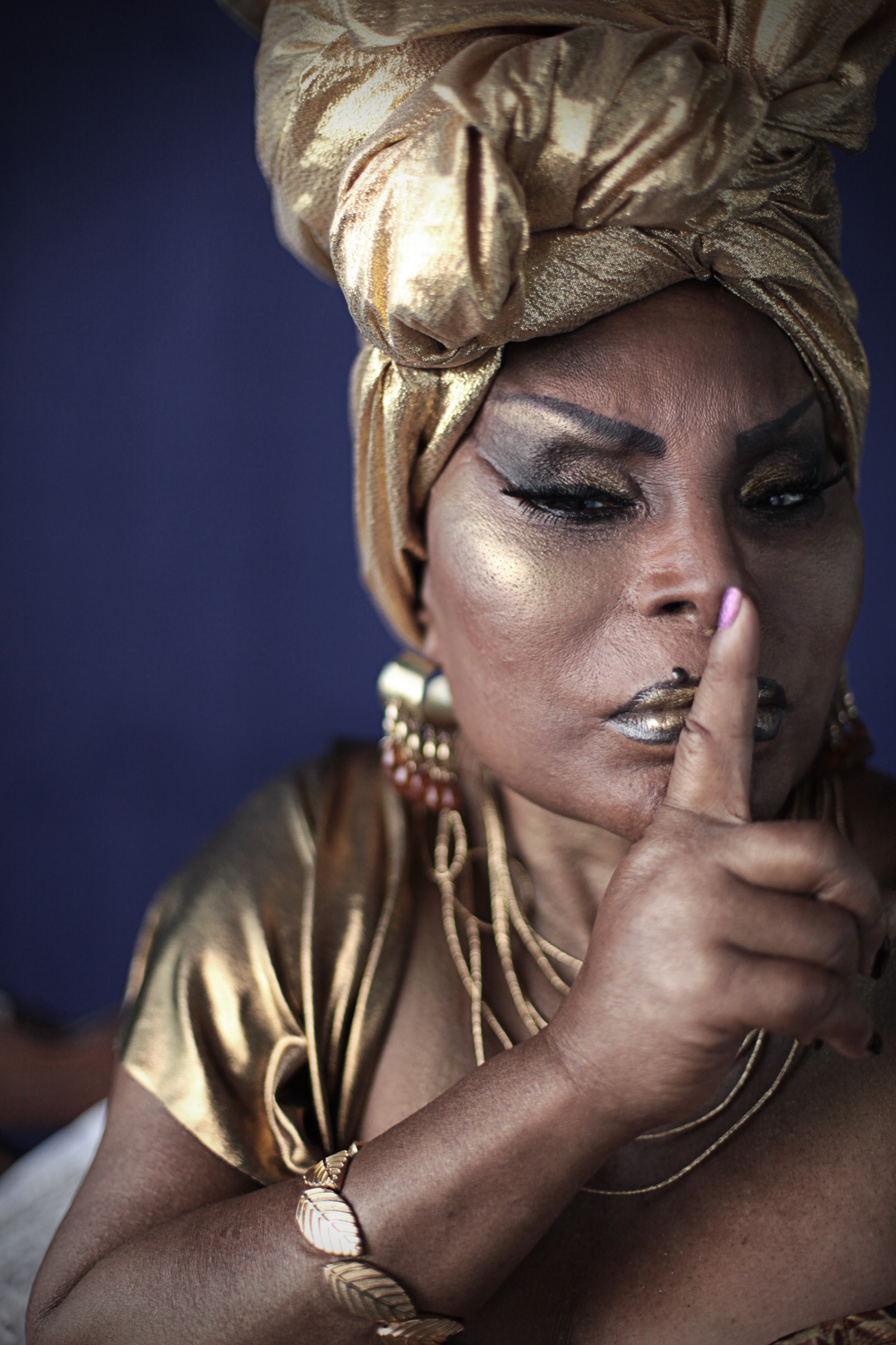 After hard-won popular victories, the political coup against Workers’ Party President Dilma Rousseff earlier this year has put the country back in the hands of a ruling, white elite who exclude people based on race and class. Awarded a Latin Grammy, The Woman At The End Of The World is about sex, death and blackness; a social commentary on contemporary Brazil, which is experiencing a deep economic crisis, corruption scandals, escalating police brutality and rising anti-gay violence.

Soares has raised her colours firmly on side of those under threat – and the young people resisting the repression, by occupying schools and mobilising across the country. “You have to be strong to give these people a voice,” she says. “You have a microphone, so you can speak out loud and tell the people what is happening: to denounce the atrocities and threats to these groups.” 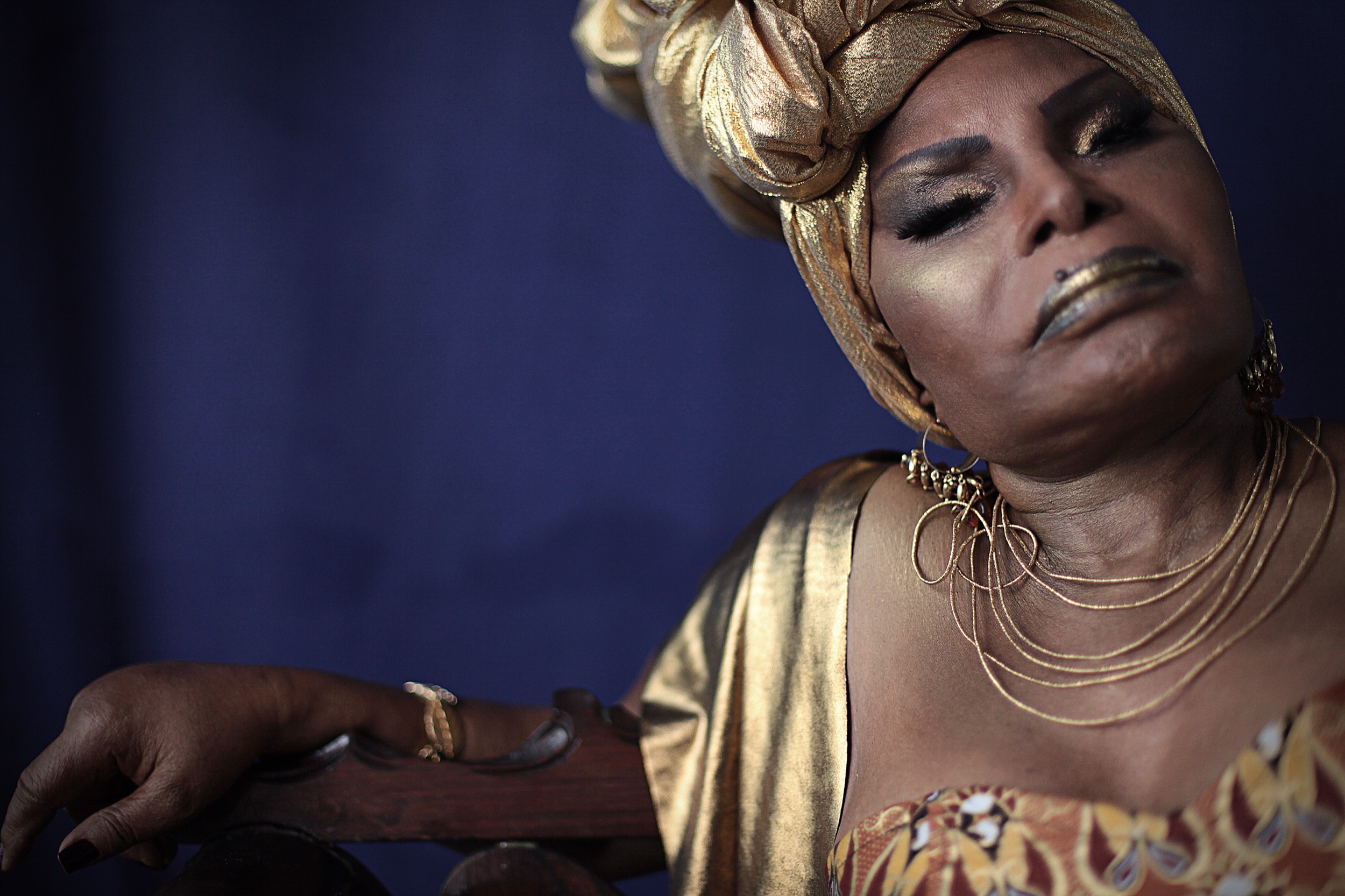 So, what’s her advice for young artists today, who like her come from nothing but want to make art and fight for a better Brazil? “You can never back down,” she says. “Despite all the challenges you have in life, you still have to believe, you have to keep going. It is possible to find people who believe in what you do.”

But she cautions that while the power of fame can be used to improve the lives of people like you – it can also be wasted, if you forget where you came from. “When you find what you’re looking for, you have to be careful and not change yourself,” she says. “Don’t change who you are. This is the problem when you become famous, you can completely forget where you came from. You’re going to need humility and to remember who you are if you ever want to create change.”

The Woman At The End Of The World by Elza Soares is out now on Mais Um Discos.

Linkedin
RELATED ARTICLES
OTHER ARTICLES
In 1984, Martin Shakeshaft set out to document the miner’s strike as it really happened, using his photography as a tool for activism.
In Glasgow, life expectancy is reduced by 15 per cent. In a new project, photographer Kirsty Mackay reflects on the lives cut short.
From Brooklyn gang members, to Welsh miners and the residents of East Harlem, Bruce Davidson used his camera to shine a light on the most marginalised.
While the popular news aggregation service has been kicked off Twitter, its demise does not spell the end of digestible misinformation.
While the Colston 4 verdict is worth celebrating, it‘s debatable whether the law would’ve had such empathy for Black people in the same position.
During the pandemic, Made In Hackney launched a meal service that has since proved vital for many, made up of vegan dishes that reflect the borough‘s cultural diversity.