Art & Culture / Music / Nicolas Godin: ‘I don’t have an ego, which is very strange’ 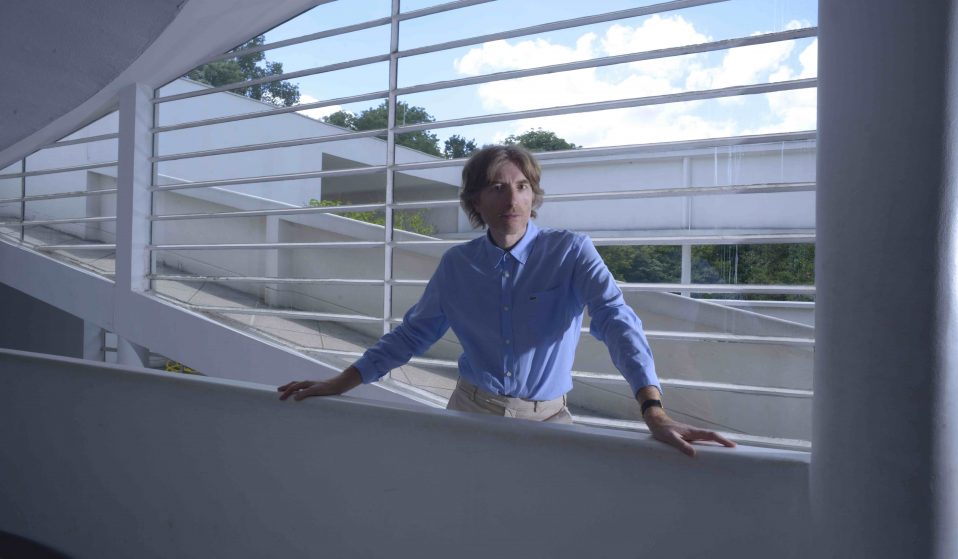 Following the release of his second solo album, the French producer – and one half of legendary electronic duo Air – talks revolution, retirement and why he’s angry the internet ruined his chances of visiting space.

Following the release of his second solo album, the French producer – and one half of legendary electronic duo Air – talks revolution, retirement and why he’s angry the internet ruined his chances of visiting space.

Unless he’s working, Nicolas Godin is rarely preoccupied by music. Like a friendly retiree from your local neighbourhood, the Frenchman instead rhapsodises about the small pleasures of waking up late, walking his dog, and hanging out with friends.

“I never go into the studio to write songs. I don’t have an ego — an artist’s ego — which is very strange,” he says, speaking over the phone from Paris. “I have friends that make music because they want to carry on [making art] forever, but it’s completely different for me.”

That his impetus to create doesn’t come from random jolts of inspiration might perplex some, given Godin’s reputation for writing thrilling, questing songs. Back in 1998, he and Jean-Benoît Dunckel announced themselves to the world as electronic duo Air with their debut, Moon Safari: a weightless hybrid of orchestral electronica, easy-listening pop, and lounge jazz.

Aside from intermittently touring as Air and composing soundtracks for TV (A Very Secret Service), Godin stays busy by writing music to accompany ballet performances, fashion shows, and art exhibitions. More often than not, these side hustles act as vast sketchbooks for the Marseille native to play around with new ideas.

Each track on his second solo album, Concrete and Glass, released last week, was initially an attempt at interpreting a famous building in song for an art exhibition. A few years ago, renowned French artist and sculpture Xavier Veilhan asked Godin (an architecture graduate fluent in the language of space and structures) to compose music in celebration of iconic pieces of architecture. With the help of producer Pierre Rousseau, he wound up remoulding these formless compositions into songs, which eventually found their way onto the new LP.

The 50-year-old has eked out a successful career by creating new worlds such as these – new aural structures – for listeners to inhabit. His debut solo album, 2015’s Contrepoint, was made up entirely of reinterpretations of original Bach compositions, proving his loyalty to retro-futurism, a tag that has followed him and his band around for years.

As a way of describing an aesthetic that is equal parts futuristic and anachronistic, he feels it’s an accurate label. The issue, he explains passionately, was this: Sci-fi films and the “system” promised him and other children growing up in the ‘70s that laser guns and space travel would all be a reality by the turn of the millennium.

“Then, nothing really happened,” he says, ruefully. “What actually happened was the internet, which was the opposite of going to space: you stay at home and stare at a screen.”

Songs that were surreally stuck in time followed. Even today, Godin is prone to bouts of nostalgia, having recently bought an old multi-track recorder off eBay, similar to the one the budding composer had when he was 17.

“Right now, I’m listening to all of my tapes from ’86 to ’89, and there are a lot of songs there that could be good songs today,” he says. “Maybe I will do something with these.”

Do you ever think about your legacy?
I think about that all the time. When I was in the studio, in the early days, each time I had to make a decision I was thinking: ‘Is what I’m doing the right thing to do? Is it going to be timeless? If I listen to this in ten years’ time, will it sound good?’

I’m always upset with all of these problems – my legacy is very important. That’s what I said to the [main producer on the album]: I want to do something new, but make sure it doesn’t hurt my legacy. Because it’s the most precious thing I have.

Is there anything about you, or your process, that people would be surprised to learn?
Most things might surprise people. I’m not a public person, I don’t go on TV, I’m not in the magazines or the newspapers. I just live my life. The people that work with me never expect I will be like this, or that.

Are you introverted then?
Sometimes I keep to myself. Otherwise, I’m getting older and I’m much more mature and feel more comfortable with things. I’m in better moods, and when you’re in a good mood, you’re more open to people.

I want to ask you about what’s happening in France right now.
Ah, yes, the riots! It’s the fanciness of the revolution. People just go to the street and complain about stuff.

That’s what I was going to ask you about: Do you identify with the rage of the yellow vests or the more recent waves of people on strike?
No, I don’t understand it. When I was a child, I went to school and I said, ‘Oh my god, this is the real world and I don’t want to be a part of it.’ So I tried to cross myself not to be part of… I just do my own thing. French people just like to complain, it’s crazy! Personally, I would have kept the king 200 years ago.

… Do you not empathise with the sources of their anger?
Maybe? I need to know the people. The thing is, it seems like nowadays in the world, it’s harder for people to raise themselves. I grew up in a time when you can start from nothing and, if you want to and you work hard, you can make more money than your parents and have a nice life. But nowadays, there’s no possibility for people to increase their level of life.

It’s like putting people in prison. I think that’s why people are getting crazy – you take their hope away from them. I’m worried that it’s going to happen a lot in a democracy where people have no hope, no possibilities to evolve. That makes me sad because that’s part of life: to think that life will be better tomorrow than today. It seems to me to be what’s happening right now. 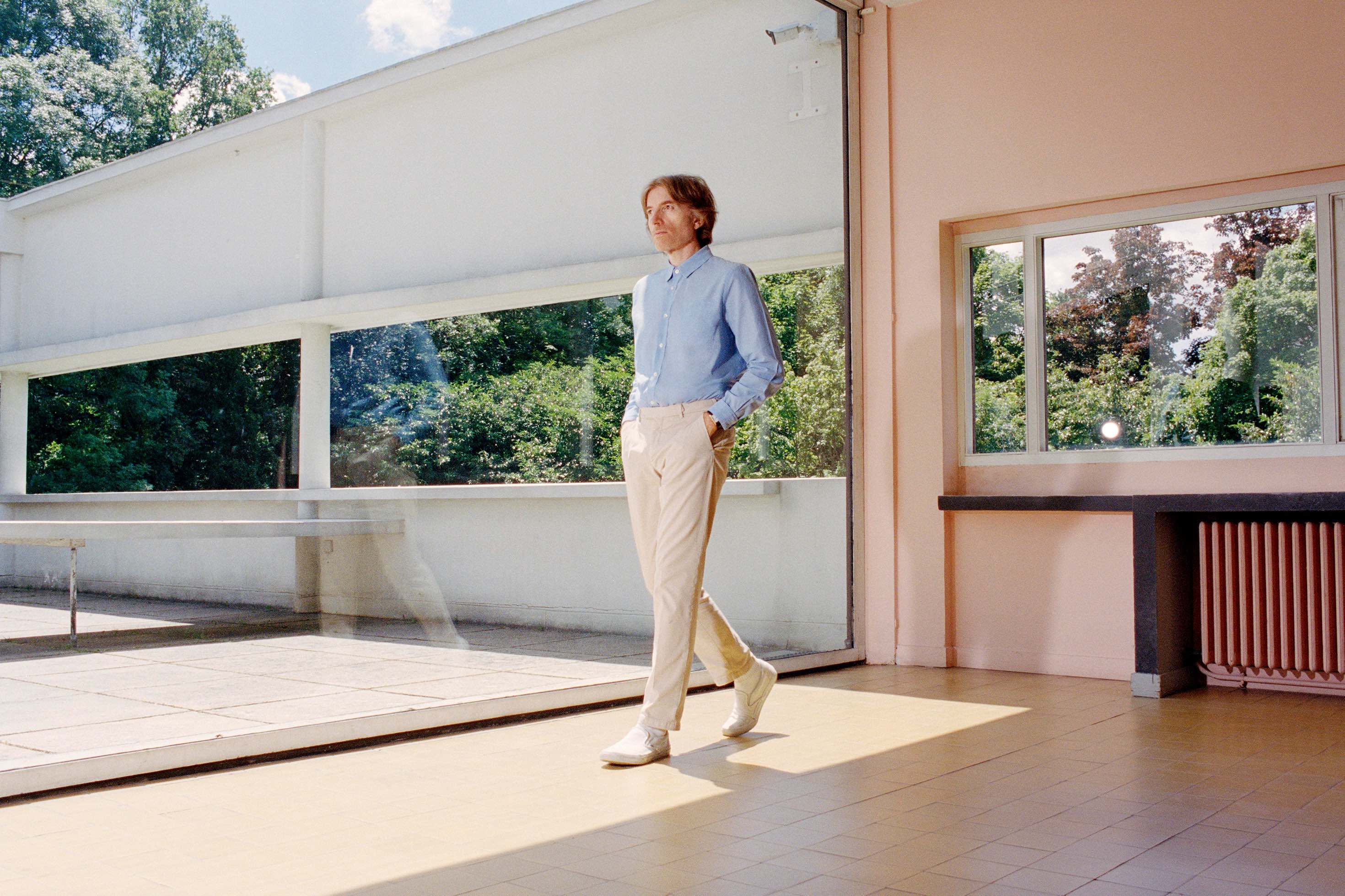 Although it seems a bit reductive, people looking in from overseas sense that French people are more naturally inclined towards a revolutionary spirit. Do you find that to be the case, or are people just more organised?
I agree with that. There seems to be more and more violence. When I was younger, there was less violence — people would go on the streets to protest but they would not hurt anyone, or try to burn things. Right now, it’s very close to what I read in the history books. People are really, really pissed off. Because they don’t respect authority, that’s when bad things can happen.

It’s like when you have a democracy and when someone wins the election: you have to accept that the other guy won. That’s how it works. When I was young, and when a candidate was elected, [rival supporters] would admit that they had won. Now, more and more everywhere, when someone wins an election, people don’t like the other side and don’t accept [the results]. It seems like people want to live in different countries, but we all live in the same country. So how can we live together?

You’ve been incredibly candid in your appraisals of past work and your own place in the music world.  You once said: ‘I think any band at best has 10 glory years.’ With your solo work, then, has a new timeline begun, building towards an inevitable decline?!
I try to find a way to avoid that, so let’s see if I can. How can I be relevant? I really tried to do that with this record; maybe I succeeded, maybe I failed. The thing is, if I feel that I am not doing it the right way, I would be totally okay not doing music anymore. That’s not a big deal for me.

You’re not a harsh critic with your own art?
No, I really need other people’s opinions. That’s why I like to work with people and not alone. Mark, who’s been my manager since Air, is always there. I really trust his opinion. I demand the opinions of the people I collaborate with! I’m not that confident in terms of judging myself.

So you’re not self-possessed with your songs?
I can do [a song] the complete other way around just to try it out – I don’t give a shit. I don’t think it’s important, and I never think that what I’m doing is important for the story of humanity. I’m not scared to change anything. It’s not that important, you know?

Are you ever tempted to just release a loud, brash album that sounds like nothing you’ve ever done?
What is important is doing that without losing your personality. How to renew yourself without losing yourself. I could do something completely new. I could make a whole album with a Scottish bagpipe and it would be new. But it would be horrible. Making something new is not that difficult, but making something new — and accurate — that is truly difficult.

Concrete and Glass is out now on Because Music.

Linkedin
RELATED ARTICLES
OTHER ARTICLES
While the popular news aggregation service has been kicked off Twitter, its demise does not spell the end of digestible misinformation.
In Sheffield, food delivery drivers are fighting back against one of the giants of the gig economy.
As the role of the nuclear family is increasingly called into question, people are finding new ways to exist outside heterosexist norms.
The internet furore surrounding a certain NY-based furniture designer should make us question whether condemning people in the harshest possible terms harms more than it helps.
With abuse of call-centre staff on the rise, many are now speaking out about the hostility they’ve faced.
Those set to be impacted by the governments ’undemocratic’ bill explain why it risks silencing them.