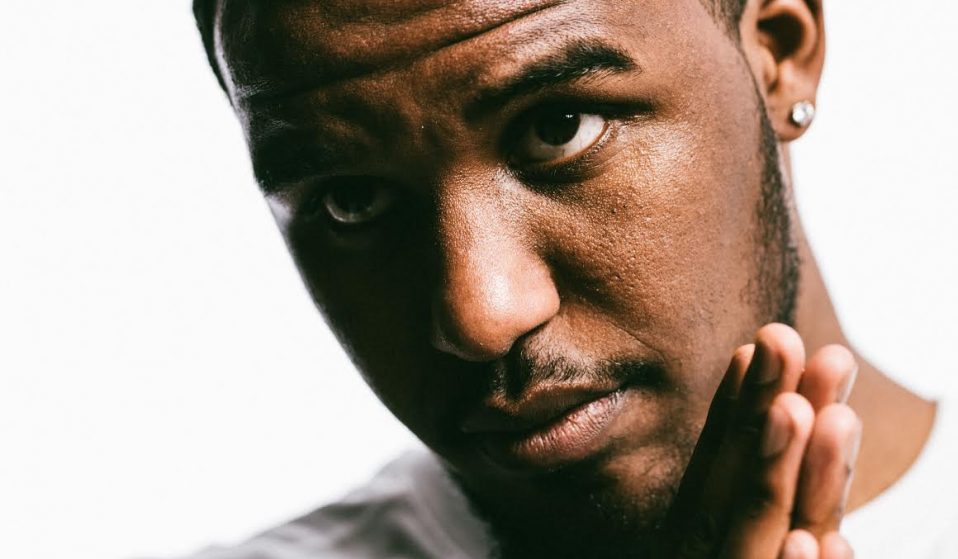 Novelist has established himself as a force by proudly swimming against the tide. But, for the 21-year-old rapper, true independence goes much further than music.

Novelist has established himself as a force by proudly swimming against the tide. But, for the 21-year-old rapper, true independence goes much further than music.

Upon the release of his debut album, Novelist tweeted an announcement to his 93,000 followers.

“NOVELIST DEBUT ALBUM?” he wrote. “DID HE PRODUCE AND WRITE IT HIMSELF? IS THERE’S PREORDER AVAILABLE EVERYWHERE? IS MAN STILL INDEPENDENT?”

You wouldn’t have needed to sieve through the replies to know that the answer to that final question was, resoundingly, yes. As far as the London rapper and producer is concerned, independence is at the heart of everything. For him, that means much more than just making and releasing music without the support of a label: it’s about swimming against the tide (as he regularly terms it) in every aspect.

Though it’s been three months since its release, the album – titled Novelist Guy – already feels like a landmark. Introspective and aggressive in equal measure, its 15 tracks placed the 21-year-old artist (real name Kojo Kankam) at the pinnacle of a new generation of young non-conformists taking the genre in an exciting new direction.

While songs such as “Afro Pick” demonstrate his talent as an MC, ‘Stop Killing The Mandem’ – a call-to-arms that started life as a sign he held at a Black Lives Matter march in 2016 – prove Novelist to be a figure whose importance transcends music. Interesting too is that his messages – which range from musings on faith to the impact of violence in his community – are delivered without a single expletive.

Where he takes things next is anyone’s guess (“I like to appear and disappear”), but don’t for a second expect him to get boxed in. Novelist, it would seem, is just getting started.

London is an inescapable part of your music. Do you feel protective over it? When someone like Donald Trump refers to it as a war zone, how does that make you feel?
I mean, it is a war zone. I’ve been on the field myself, you get me? But I’m swimming against the tide when it comes to the things I speak about in my music and the things I believe in: peace, love and righteousness.

I’m not here to be a part of glamorising anything that’s negative. But, negative things happen everywhere. It’s better to speak about positivity in the community than focus on everything that’s external.

Are you proud to occupy that space in British music – one that emphasises positive thought?
Honestly fam, it’s a nice space to be in, because I’m really being me, to the nth degree. It’s the Nov degree [laughs]. But because I’m a free man – I’m not signed to anything – I don’t have anyone leaning on me, telling me how to sound. It gives me the freedom to make whatever I think.

If you didn’t have that independence, do you think your album would have sounded the same?
Who can say? When you’re under pressure, and in an organisation where you have to fulfil commitments – and not do things on your own terms – that can have an effect on the music. It can have an effect on your mental state as well.

In the past, you’ve said that winning awards is all well and good, but it doesn’t matter unless your mum thinks its sick. Is she your ultimate litmus test?
Yeah man. Myself is the most ultimate [test], because I will know what’s right and what’s wrong. But if my mum likes it, that’s an extra bonus. Who don’t wanna please their mum?!

Despite the fact your album doesn’t contain a single profanity, streaming devices labelled it as expletive upon its release. Do you think that was an administrative error, or was there something a little more nefarious going on there?
I mean, I think it was a metadata error. When I say metadata, I mean whoever put it in, they was careless innit. I don’t wanna point a finger and blame anyone, cos I don’t know – but one thing that I can say is that there’s a full lack of care. There are no expletives on my album. But the whole thing kind of worked in my favour anyway.

Why is it that you choose not to swear?
First of all, my faith. I’m a full believer in doing what’s right. I’m a believer in Jesus Christ. It’s my duty as a Christian to be a person who can speak to all kinds of people. I feel that profanity hinders the ears of many. People can‘t hear the message: some people don’t wanna hear it, some people don’t want their children to hear that way of speaking.

I don’t condemn anyone who uses profanities, but me personally, I understand the impact I can have by not using profanity. I can have a much greater reach of people who listen to my message.

It almost becomes a political act, in a sense.
More than that! It forces an artist to actually express themselves in a deeper way. You may want to say something great and impactful, but the only word that comes to mind is a swear word. If you swerve that, you now have to be even more creative about it. You still wanna give a feeling of impact.

Like, “Stop Killing The Mandem” – it’s a song that’s very passionate. If it was any other artist, you can expect a swear word in there, just out of rebellion towards what’s going on in the situation, in life. But I didn’t do any of that, and I still feel my point came across perfectly. That takes a lot of skill. 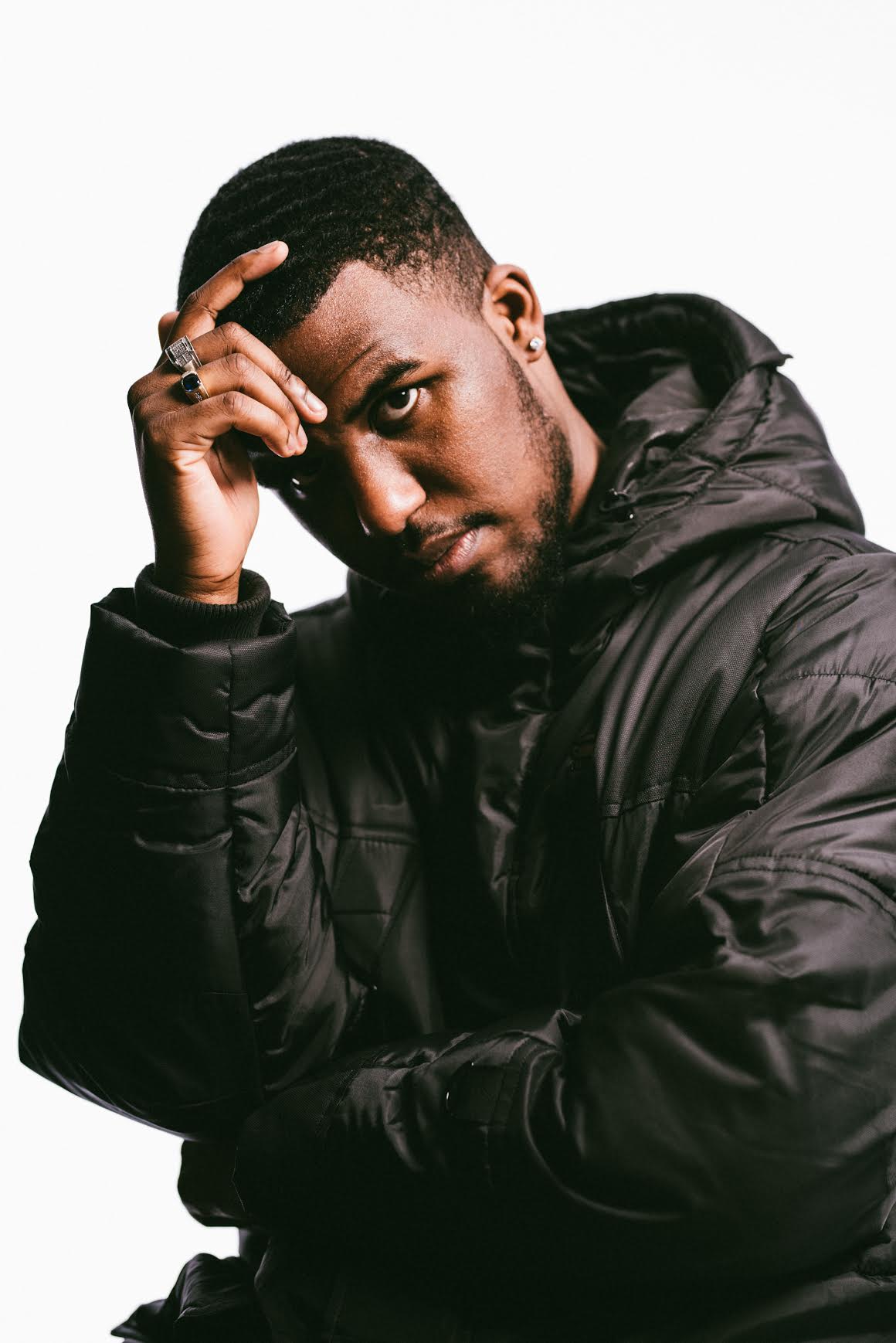 Recently, Tory MP Philip Davies said that young, black males are more likely to be murderers. How do you feel about the narrative that brackets young, black men with violence?
You have to laugh at it! You have to literally cast it aside. I’m a clear example of the opposite. I said I’m swimming against the tide and I am, literally, on purpose. My role as a Christian man, who is a young black man, is to show people, ‘Look, whatever you think it is, it’s not that.’

If you listen to the media, your mind is gonna be lead astray, because they have narratives on purpose. I just keep it real and say, ‘Look, it’s not about race, it’s not about colour.’

…Which is what “Stop Killing The Mandem” gets at.
On the song, I’m just not talking to the police, I’m talking to young people as well. It’s not a matter of race. There is a lot of violence in the black community because of pressure from the system as a whole – everyone knows that’s how it’s gone over time. Same reason there’s so many black men getting killed in America.

[The song] is a catalyst to start talking on people killing each other on a whole. It’s not about the black race. I believe there is a good person and a bad person in every culture. I’m only speaking from my perspective as a black person, but it’s about people on a whole.

When did you realise the power of music as a tool for promoting the kind of messages you believe in?
I think I always knew, but I didn’t understand the level of impact. If I knew then, I wouldn’t even have approached some of the tunes I’ve done in the past. If I knew back then what I knew now, I would have been a bit more particular about many things. I’m sure there are other artists that would say the same.

Which song – or messages – would you have avoided?
I mean it’s hard to particularly say, because I don’t have any direct regrets. But, you know in life, where you just look back at a moment and say, ‘Yeah, I could have done that better.’

You were Deputy Young Mayor of Lewisham, you endorsed Jeremy Corbyn and the Labour Party in the 2016 general election. Do you feel optimistic about the way in which young people are engaging with politics today?
I’d feel more optimistic if they continued to listen to sense. The truth is, what young people have to understand is that it’s not about politics, it’s about righteousness and doing the right thing. Everyone wants to pick a side, that’s just how it is. People make their own decision. When I was vocal about Corbyn, that was purely based on my understanding of his decency as a human being.

If some other guy was running the Labour Party at the time and I felt he wasn’t pure-hearted, I would not have spoken about him. It wasn’t like, ‘Yeah, I wanna get into politics, I’m gonna pick these guys!’ Cos I feel that’s what a lot of people do. People don’t really search the hearts of who they’re following.

Anyone can make mistakes – Corbyn’s made bare mistakes – but doesn’t this guy seem decent? That’s what my angle on it was. If people based more of their decisions on things like that, then life would be so much better, bro.

I agree!
It’s funny, cos when I tweeted Corbyn – and even when I rang for young mayor – it wasn’t like, ‘Yeah I want to be into politics.’ I thought ‘My community needs something, here looks like a means to get that thing done.’ So when I tweeted Corbyn, I was thinking, ‘Yeah my community needs something, let me bring some attention on this guy, he seems like he can do something good.’

What do you want to see in your community?
What do I wanna see in my community? I’ll tell you something: I wanna see peace. I wanna see people at peace. There’s a lot of underlying messages that are not beneficial in the music of many artists. Swaying people on the television and in the media. There’s a lot of wrongful freedom of speech, and I wish people would just focus on being nicer people. That’s it. Focus on being nicer people.

Linkedin
RELATED ARTICLES
OTHER ARTICLES
In his 2008 series, the photographer pictured himself as Angela Davis, Martin Luther King Jr., Malcolm X, and other prominent figures.
The two-day long event returned to London this year, showcasing a spectacular parade, steel bands and Caribbean food.
A new project is documenting formerly incarcerated people as they transition back into civilian life.
A group of young Palestinians have found temporary freedom in the act of parkour, reimagining wreckage and ruins as a series of high-octane playgrounds.
As the Scottish government announces a rent freeze, an activist with Living Rent who fought and won shares how they did it, and what must come next.
Cindy Campbell recounts how her brother ushered in a new era of musical culture at a party she held in the Bronx in ‘70s.