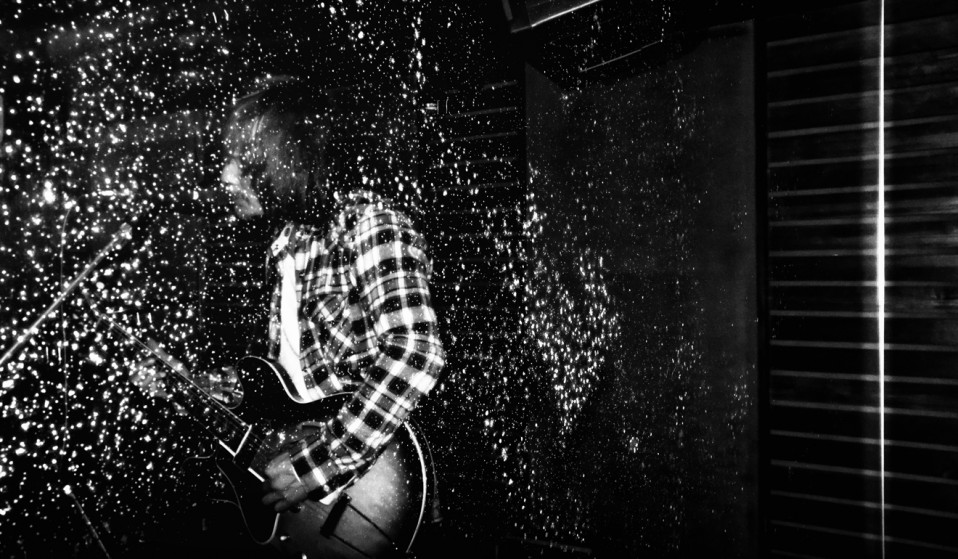 Every time cover band On A Saturday perform, they briefly transform into their idols. But this isn’t just an uncanny simulation – it’s a moment of togetherness shared with other fans.

Radiohead fans like to debate exactly what the song ‘Videotape’ is about. Its wistful, trembling sound concludes 2007’s In Rainbows, slowly peeling apart until all that’s really left is a series of indelible piano chords and Thom Yorke’s near-isolated falsetto. It’s one of their finest moments, even if its meaning is somewhat opaque.

Some argue that it’s written from the perspective of a dying man saying goodbye to his family. Others believe that it’s a lover contemplating the end of a relationship. But one of the more intriguing takes on the song is that it’s about a memory; a brief section of time so inexpressibly perfect that the speaker, whoever they may be, wants to capture it forever: a ‘videotape moment’. 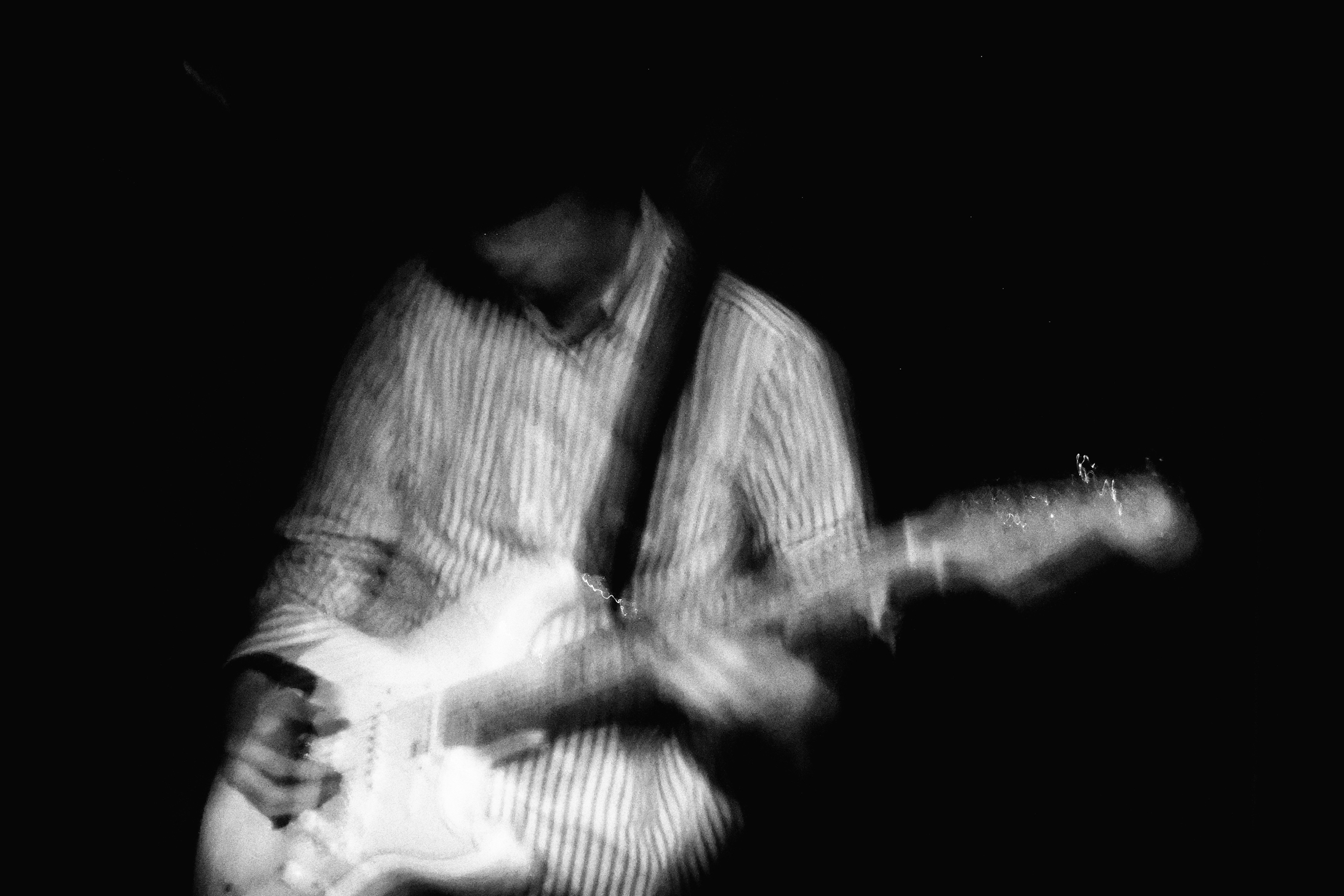 For Yasuko Otani, these kind of moments happen a lot. Since 2004, she has been playing in On A Saturday (OAS), a Radiohead tribute band based in Yokohama, Japan. Adapting their name from Radiohead’s original name – On A Friday – the five-piece transform into their heroes every time they take to the stage. For Yasuko, the group’s founding member and “boss”, those nights remain just as beautiful as the first time.

“I bought a Macintosh in 1999 and I needed something to do with it,” she says, over a Skype connection so shaky that it gives her soft voice an ethereal crackle. “So I started a Radiohead fan site called Through the Broken Mirror.

“In 2004, we decided to have an event – Radiohead Night: Volume One. I was in a band at the time so, a few weeks before, I asked my bandmates if they wanted to play some Radiohead songs on the night. They looked at me and said, ‘Okay, why not?’” 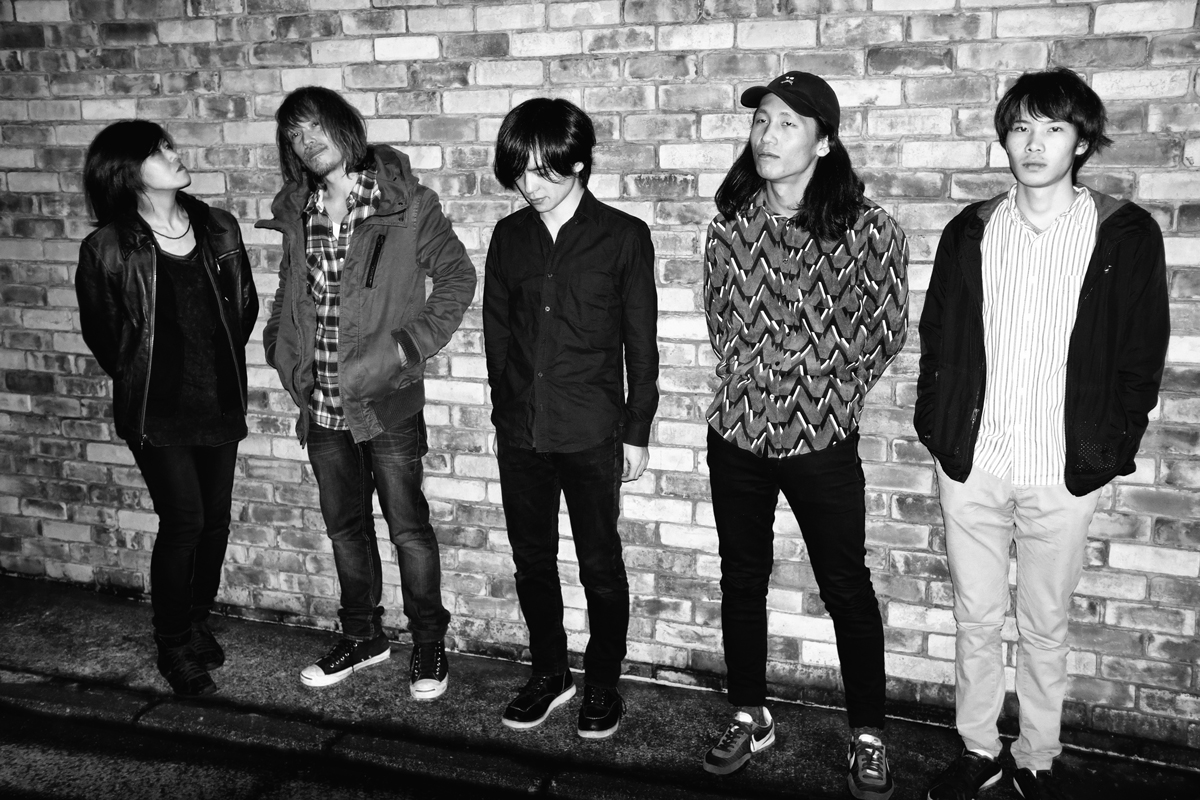 In the country that invented karaoke, dedication to musical imitation is a given. When OAS are on stage, however, the self-identified “tribute band” don’t just mimic their British counterparts – they become them.

From the haircuts, the clothes and stickers on their instruments, to the blink-and-you’d-miss-them mannerisms, every single idiosyncrasy has been absorbed and perfected. Over the past 13 years, whenever Radiohead have changed – visually or musically – their Japanese counterparts have mirrored them.

In conversation, some of Yasuko’s answers naturally get lost in translation. Her passion is tangible – she directs her stories like an orchestra conductor – but digging beneath the surface is difficult. Asked, “Why Radiohead?”, she almost bursts with excitement. “They’re just the best!” 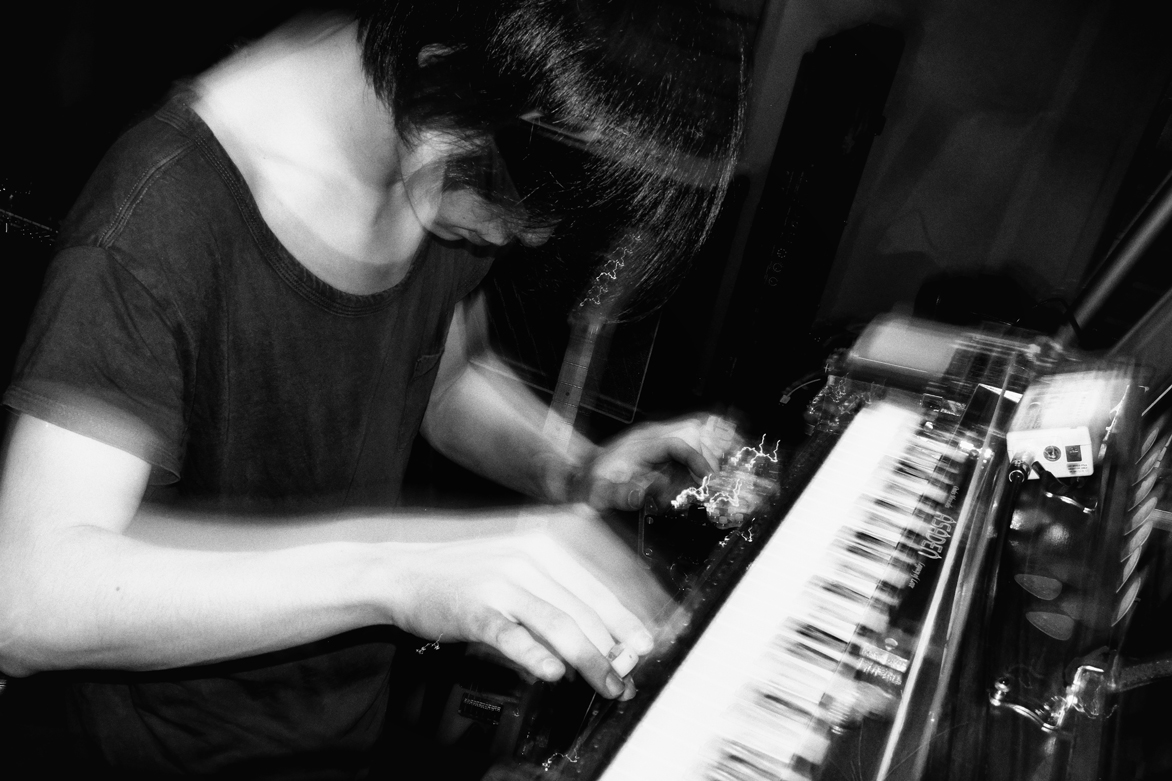 “Radiohead only come to Japan every four years – we can’t wait that long!” she goes on, brushing her fringe out of her eyes. “I usually go to see them overseas, but [there are some] Japanese fans who never see Radiohead, so we want to share everything we can with them.”

That desire to bring the band’s music to the masses has seen them come a long way since their debut show. That first night, they played to just 30 people, choosing to perform all but one song as instrumental numbers, “too afraid” to even consider incorporating lyrics. 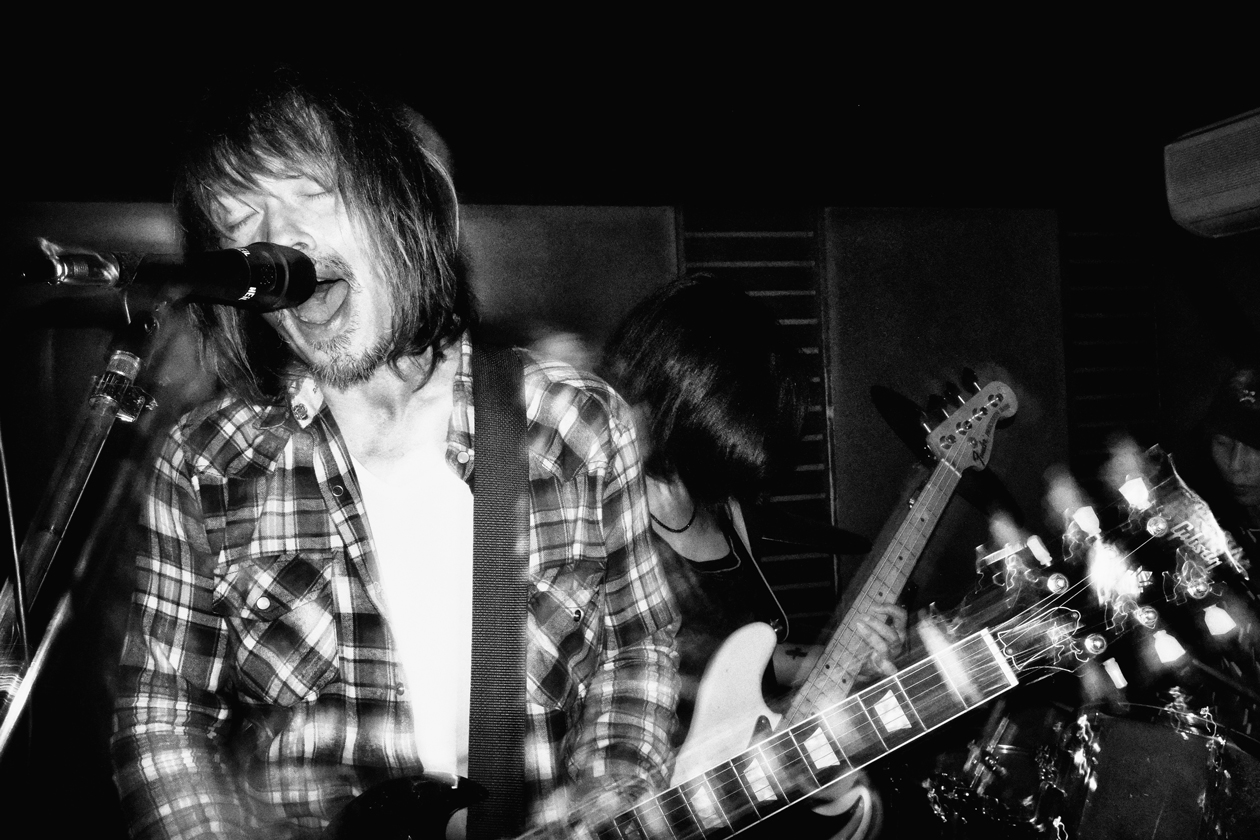 Their best moment so far has been meeting Jonny Greenwood when he visited Japan last year – “He was super nice” – and presenting him with a brand new Ondomo keyboard. The only thing that could top that, Yasuko says, would be a headlining show in the band’s hometown of Oxford.

When asked how many times she’s seen Radiohead perform live, Yasuko admits that she stopped counting after 100. Her home, adorned in technicolour Radiohead paraphernalia, is less of a shrine and more of an entire decorated history of the band. 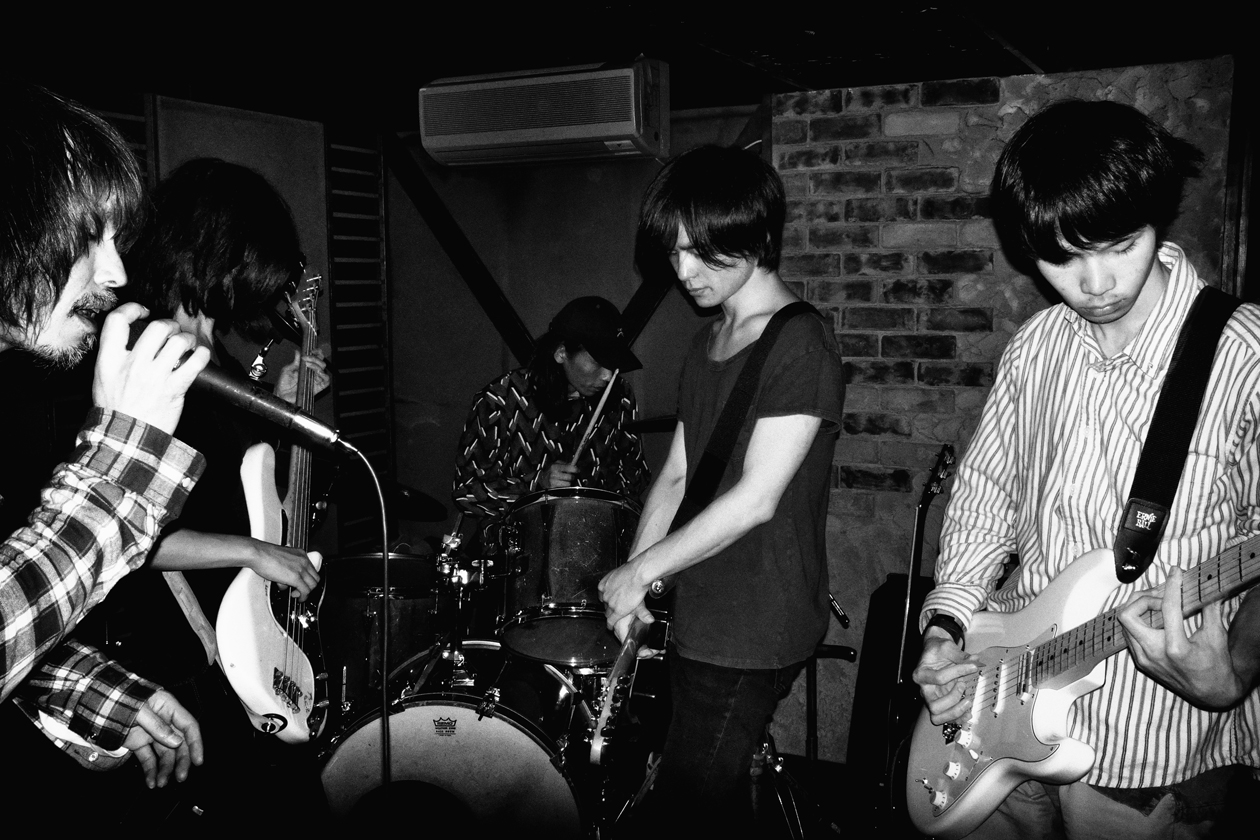 It’s one she shares with Yasuhiko ‘Yama’ Yamakawa, the Thom Yorke of the group. They’re both in their late forties, work in a used-parts store and have been in a relationship for 23 years. (Guitarist Yuta Yamazaki and drummer Takuro Fukuda are students in their twenties while Daiju Wadu, Jonny Greenwood’s doppelganger, is a 32-year-old working in business administration.)

Yasuko met Yama at a punk event and heard ‘Creep’ for the first time in his car. There is no part of their life that doesn’t – in some way, at least – incorporate Radiohead. 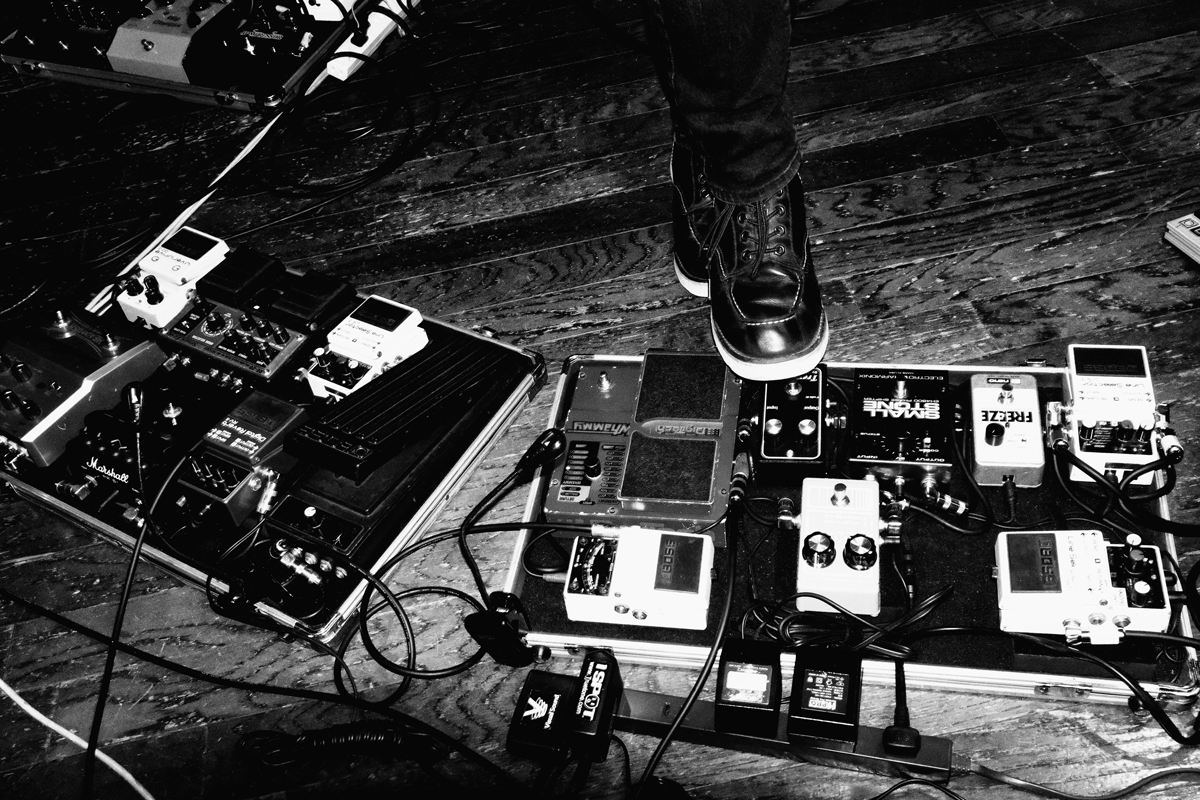 But when the audience clap, cheer and sing along at their shows, the band know that it’s not for them. It’s a mutual coming together of adoration; not a tribute, nor a selection of covers, but something transcendent.

“When I’m playing, I feel exactly how the audience are feeling – how I would feel if I was there with them,” she says. “Sometimes I forget that I’m supposed to be playing and just stop, because in that moment I’m taking it all in. The music, the sound, the lyrics.”

And which of these lyrics from Thom Yorke’s repertoire resonates with her the most? She pauses for a moment, before smiling. “Videotape.”

Find out more about On A Saturday.

Linkedin
RELATED ARTICLES
OTHER ARTICLES
The first-generation graffiti artist reflects on the tagging’s emergence as an art form and the players who pushed the medium forward.
A new film from Berghaus traces the story of Adam Raja, who left behind a turbulent upbringing to discover the healing power of climbing.
Campaigners reflect on what the supreme court’s decision to allow buffer zones in NI means for the future of reproductive rights in the UK.
A new podcast is opening up the conversation between trans women and trans amorous men in the hope of building coalitions.
Jeffrey Henson Scales intimate portraits and protest images of the BPP and its leaders offer a rare insight into organisation at a time of societal upheaval.
After blocking the Scottish government’s gender recognition reform bill, Westminster is now devising further changes to the law to make it harder for trans people to self-identify.