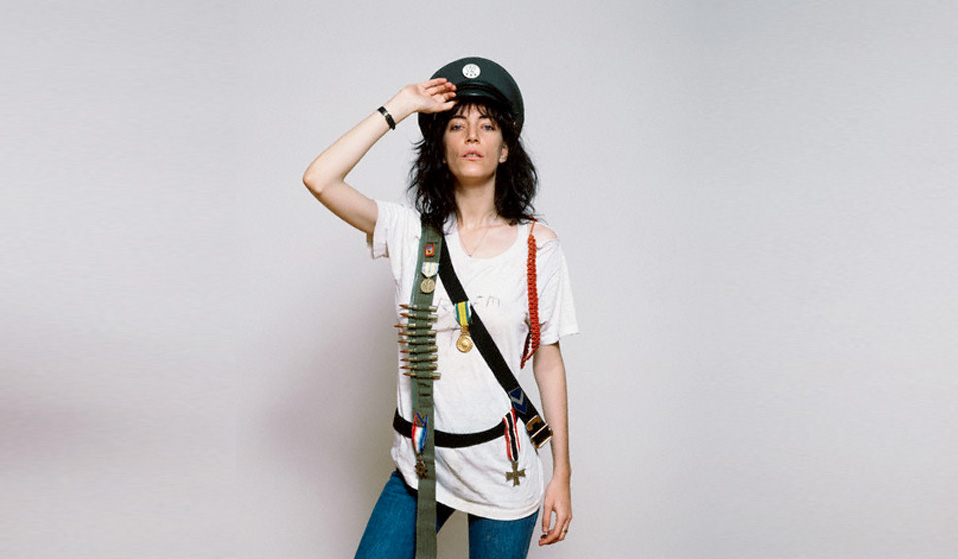 As Greek radical left ruling party Syriza embrace the sounds of Patti Smith, we consider some other even more unlikely songs that became protest anthems.

As Greek radical left ruling party Syriza embrace the sounds of Patti Smith, we consider some other even more unlikely songs that became protest anthems.

Radical anti-austerity party Syriza stormed the polls at the national Greek elections this Sunday in a landmark victory for the left.

The win has left Europe reeling but what, I hear you cry, was their rallying call? Well, it was the unlikely Patti Smith song ‘People Have The Power’.

I mean, sure, on the surface of it the song seems to add up. “The power to dream, to rule,” cries Patti passionately in the 1988 banger, “to wrestle the world from fools. It’s decreed the people rule.”

But it’s kind of funny that avant-garde New Yorker Patti – as INCREDIBLE as she is (bow down we are not worthy) – with her wild locks and witch doctor wisdom, has become the poster child for revolution in the land of ancient civilisations. Like, a bit of a cultural disconnect maybe?

Well, if you think it is weird you are not going to believe how far from the tree the pop apple falls sometimes. Check out these songs that became protest anthems against the odds.

The Hoff’s cover of Marc Seaberg’s 1978 hit ‘Looking For Freedom’ was released in West Germany on 21 June 1989 and remained number one in the German charts for eight long weeks. Although it remained banned in East Germany until the fall of the wall, The Hoff’s New Year’s Eve concert on the remains of the wall a few weeks later solidified its unlikely status as the sound of victory. “I didn’t realise the significance of ‘Looking for Freedom’ in east Germany until a few months ago,” The Hoff told The Guardian in 2013. “On my last tour there were thousands of Germans holding up signs saying ‘We love you, thank you for Mauerfall [the fall of the wall].'” All this from a man who was destined to wear tiny red speedos on Baywatch for the following ten years. I wonder what Honecker thought? Lol.

US Republican Paul Ryan and Rage Against The Machine

Imagine this right: You start a radical anarcho-communist band that vehemently goes after America and all of its right-wing bullshit and the actual bellend of Republican politics decides to make you his favourite band. Gutted Rage Against The Machine! This unlikely love affair was quickly annulled by RATM bassist Tom Morello who penned a rather scathing response in Rolling Stone. “Paul Ryan’s love of Rage Against the Machine is amusing, because he is the embodiment of the machine that our music has been raging against for two decades. Charles Manson loved the Beatles but didn’t understand them. Governor Chris Christie loves Bruce Springsteen but doesn’t understand him. And Paul Ryan is clueless about his favorite band, Rage Against the Machine.” Denied, Ryan. Denied.

I don’t even know what to say about this apart from what the fuck were you thinking? A self-proclaimed ‘author/iconoclast/artist/multimedia/ journalist/PR/human being’, Israeli settler Orit Arfa decided one day – after seeing Miley Cyrus twerk with teddy bears at a turnt party in LA – to take the tweeny pop star’s anthem to MDMA and apply it to the political situation between Israel and Palestine. Insensitive is an understatement but more than anything it’s just totally, inexplicably bizarre. A bad decision after a long night on the molly perhaps? Vice reports.

I honestly didn’t think this terrible song would ever find any sort of meaningful place in the world so I’m going to applaud the Ukrainian revolutionaries who decided to embrace what is basically a contemporary version of this Jelly Bear song and shake my head in disbelief. Whatever works, guys.

Linkedin
RELATED ARTICLES
OTHER ARTICLES
As Ukraine erupted in conflict, Brendan Hoffman jumped on the next flight – confronting his own shattered reality in the process.
Hong Kong has seen its biggest street demonstrations in a decade in a potential prelude to an Occupy protest in the former British colony's city centre. Huck asks the protesters why they are taking to the streets.
Protest music is shifting shape in Egypt, as artists and bands from all walks of life challenge power and prejudice.