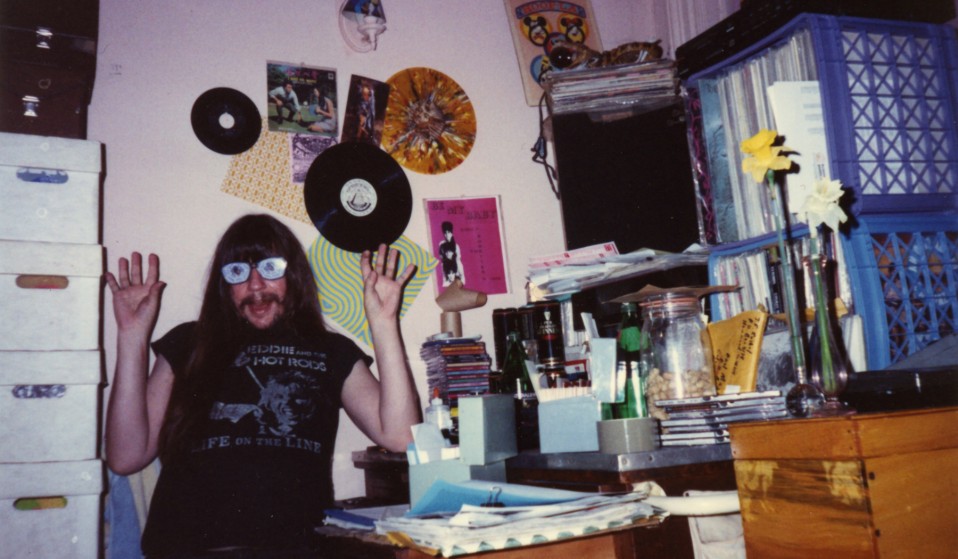 Paul Major's obsession with psychedelic and rare records began as an escape from the mundanity of the everyday, but ended up becoming his livelihood.

Paul Major's obsession with psychedelic and rare records began as an escape from the mundanity of the everyday, but ended up becoming his livelihood. Now his unusual life and musical recommendations are chronicled in a new book.

Speaking to Paul Major is like flocking through a super chilled out encyclopaedia of alternative music. When I call him to talk about a new book chronicling his life’s work, it’s midday back in New York. He’s only just picked up his first cup of coffee, and is getting ready to turn on the news and get what he calls his “daily jolt of absurdity”.

If you’re not into psychedelia or rare records, you might not have heard of Paul before – but the way we understand music today has his hands all over it. He is the original sound scavenger and vinyl collector, having spent the golden decades of rock music with his hands deep in the bargain bins of record stores all across the United States, looking for every odd sound that was yet to be shared with the world back in the 70s.

Today he is recognised as an expert in music made on the fringes of culture, from private pressings to one-song bands. When we start talking, Paul lists off names of obscure records and artists like it’s nobody’s business, telling me enough stories to make it clear that we’re not really just conducting an interview, this is a chance for me to hear firsthand about a part of history. 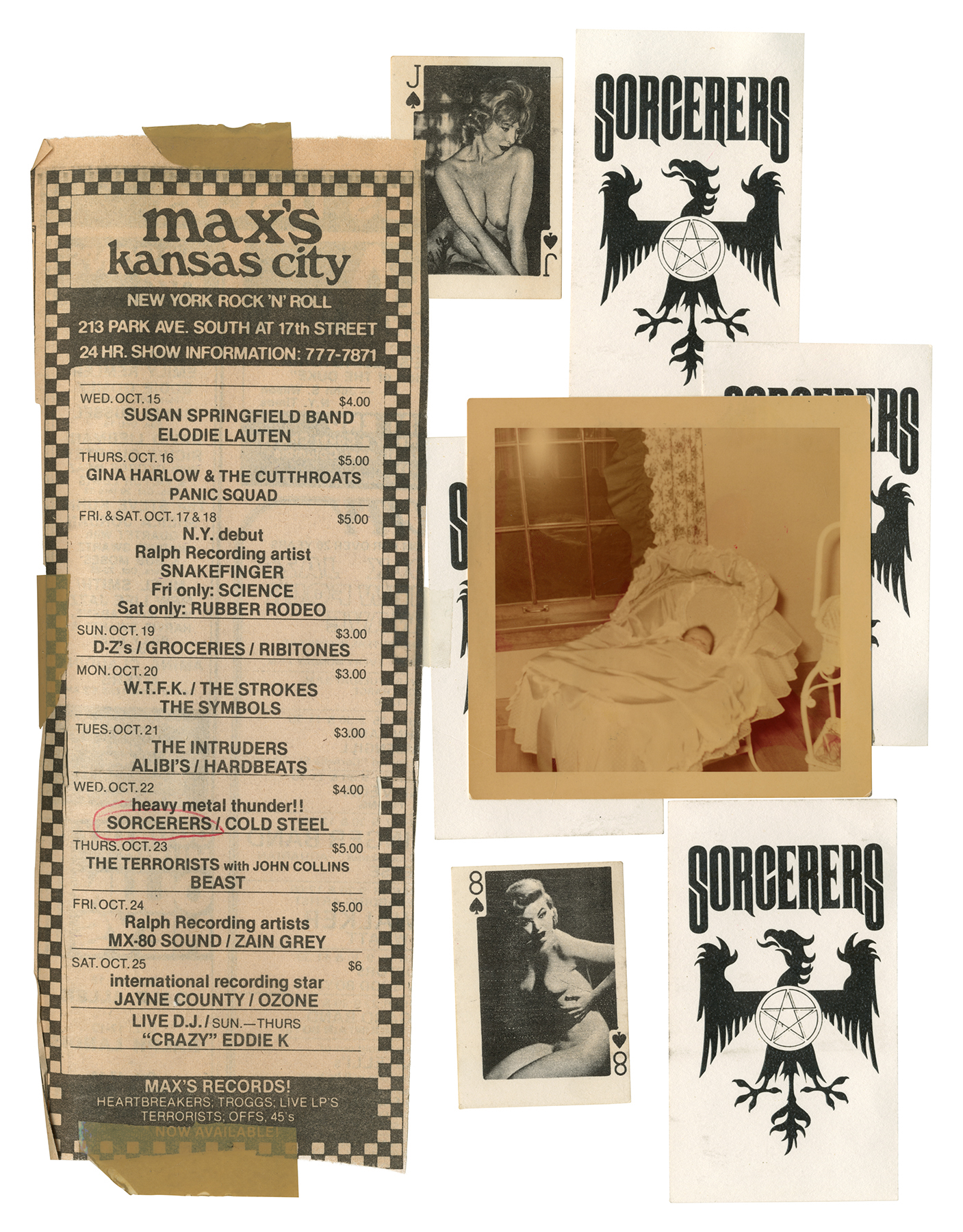 Starting out as a coin collector in rural Kentucky, 12-year-old Paul was oblivious to music as a kid, instead obsessed with UFOs, maths and monster movies. All that changed by the end of 1966, when the fuzzy guitars of Psychotic Reaction by The Count Five first graced his ears. From that moment on, a spark was ignited, Paul sucked into a whole new alternative universe: Rock’n’roll.

From the get-go the records that attracted him were those which offered a gateway to the unusual – sounds that allowed him to escape the humdrum into a world of LSD, psychedelia and hippies.

As a teenager, weekends were spent in record shops, carefully flicking through the titles of songs on the back of albums, in search of the surreal. When something seemed interesting enough, he would invest what little money he had. The first album Paul ever owned was Revolver by The Beatles. 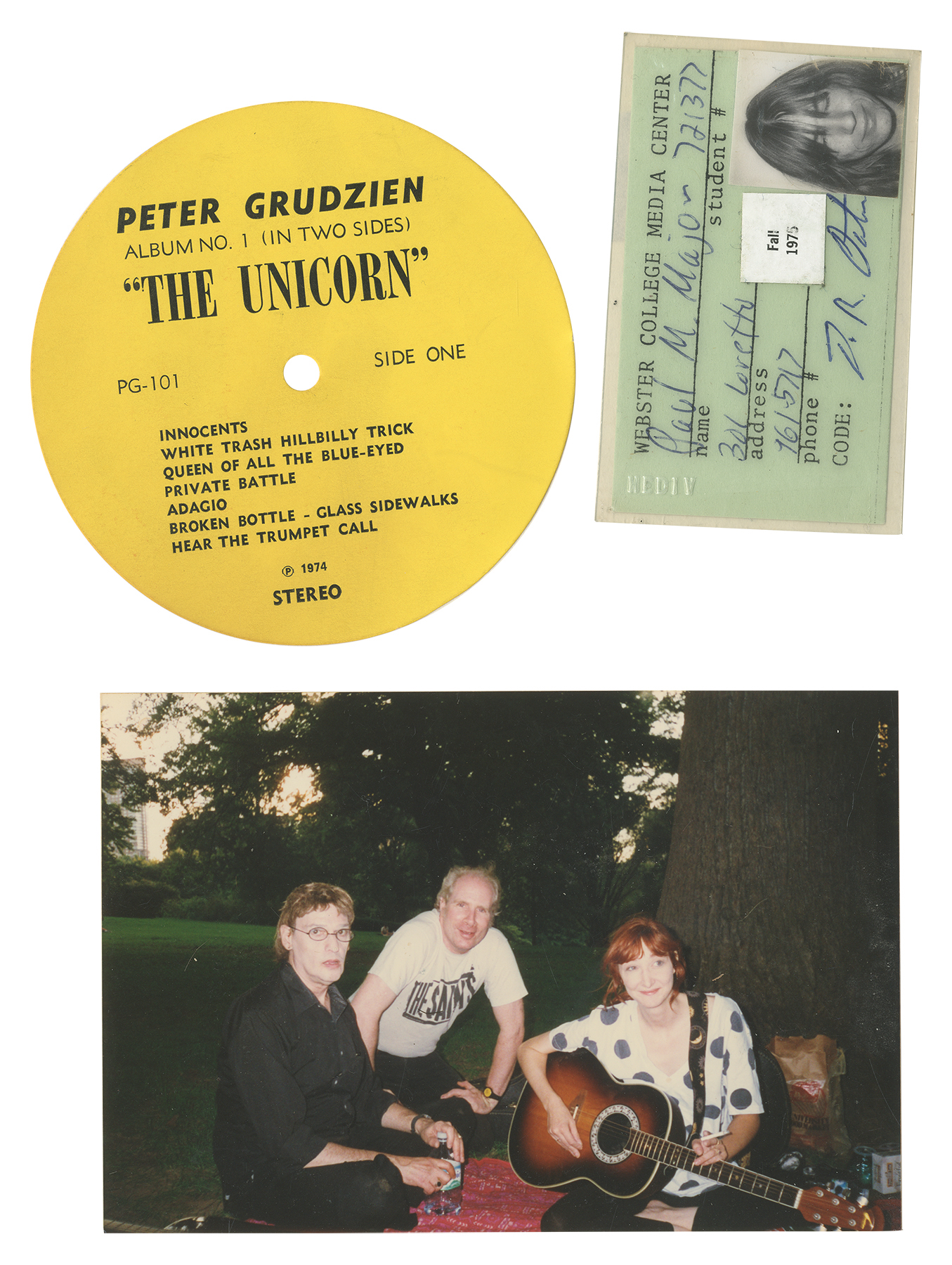 “I discovered soon that there were some used record shops near my house, which were cheap. I just started buying every record I couldn’t before – every single one that looked psychedelic and was part of this counterculture movement, this underground world of hippies and radical freaks that I, at the age of fifteen, desperately wanted to be a part of.”

His record collection started expanding rapidly, but it was still just a personal pursuit at the time – Paul would listen to records with his college friends at parties and embrace his passion. Then in 1977 Paul moved to New York, in search of the newest musical phenomenon of the time: punk rock. He did end up finding punk, but that wasn’t all. In New York, Paul found a scene of record collectors, and that’s when his life’s work truly started coming together. 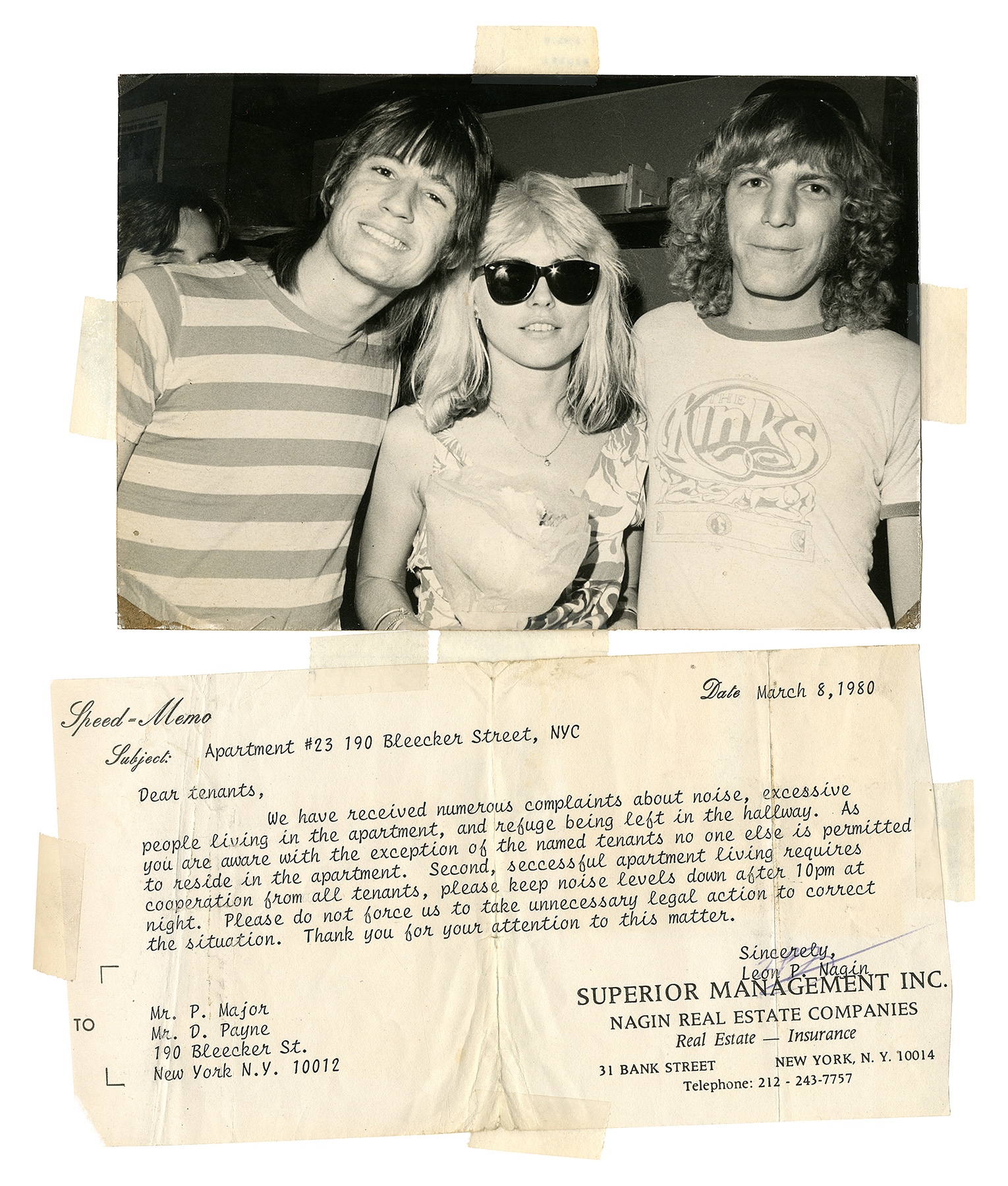 After noticing the rare records he’d been gathering were worth a bit of cash, Paul started going to stores looking for every copy of every pressing that might be able to turn him a profit. He would re-sell them to make his $99 rent, and spent the rest of his waking hours dedicating himself to music and his band.

Paul soon started selling the vinyls he found via the post, first through an ad, later getting in touch with his buyers through homemade catalogues, becoming a point of reference for other psychedelia aficionados all over the world. Paul back then was being sent hundreds of records from bargain bins all over the country, building a secret community with other collectors, spending hours on the phone being played songs by folk in all corners of the United States.

He became a channel, a catalyser. The thrill was no longer in owning the records himself, but in finding them, finding out what the people behind them were like, and then exchanging them for something new. 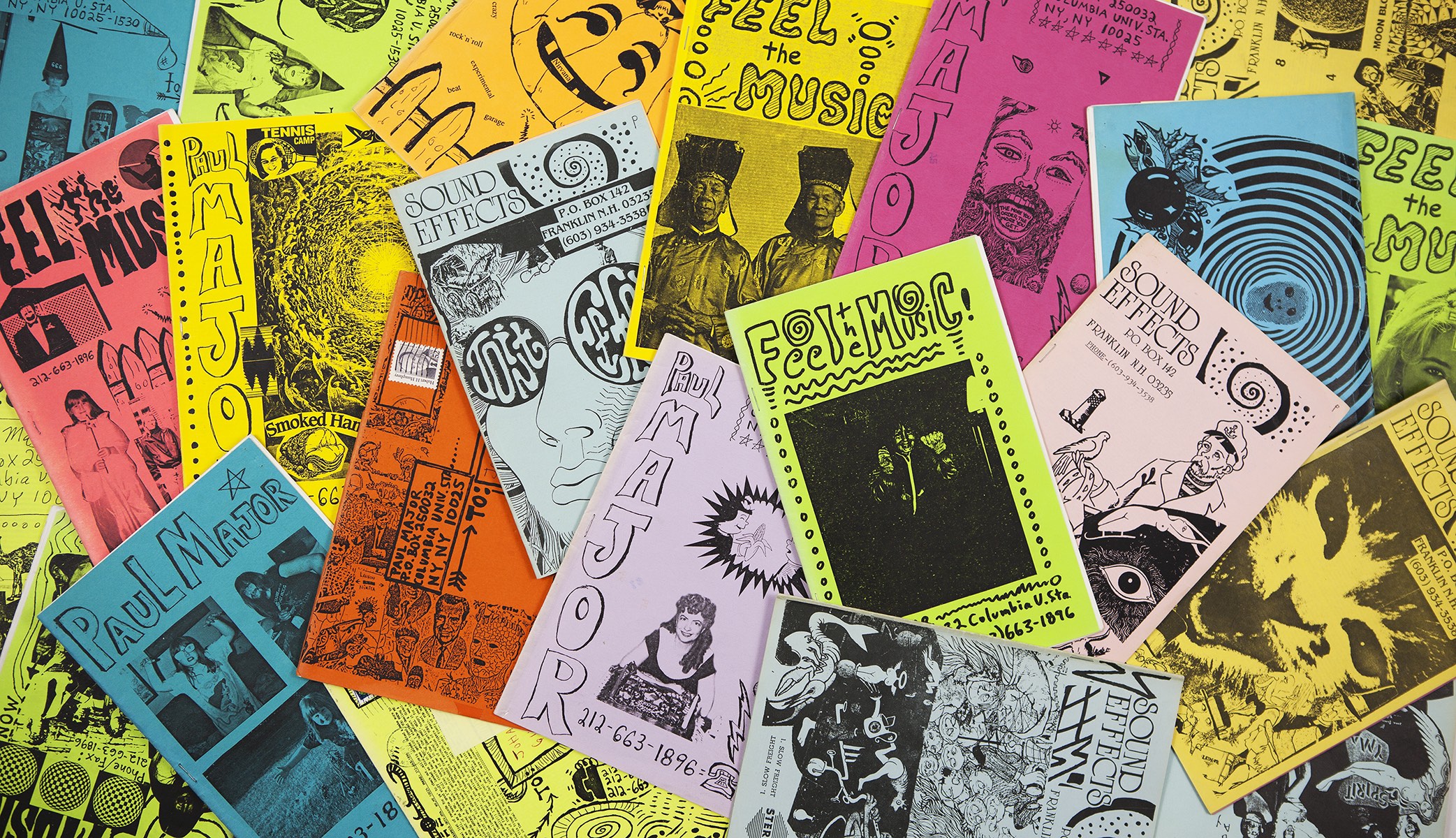 It was while falling deeper and deeper into the world of these musical outsiders that Paul found out about private pressings – long-forgotten albums recorded by everyday people, hidden away from the eyes of the music industry.

“There was no watering down, no attempt to be commercial, no one telling these people what to do when they make their records,” Paul tells me, “it wasn’t about making money. The actual music of the artist is coming across without filters. I started noticing that, the less influenced by the music industry, the better chance a record was going to speak to me.”

Although his attraction to the outsiders and the oddities of the music world came from gut instinct, Paul unwittingly came across a way to dodge the mainstream music press, at a time – long before the internet – when that was no mean feat. 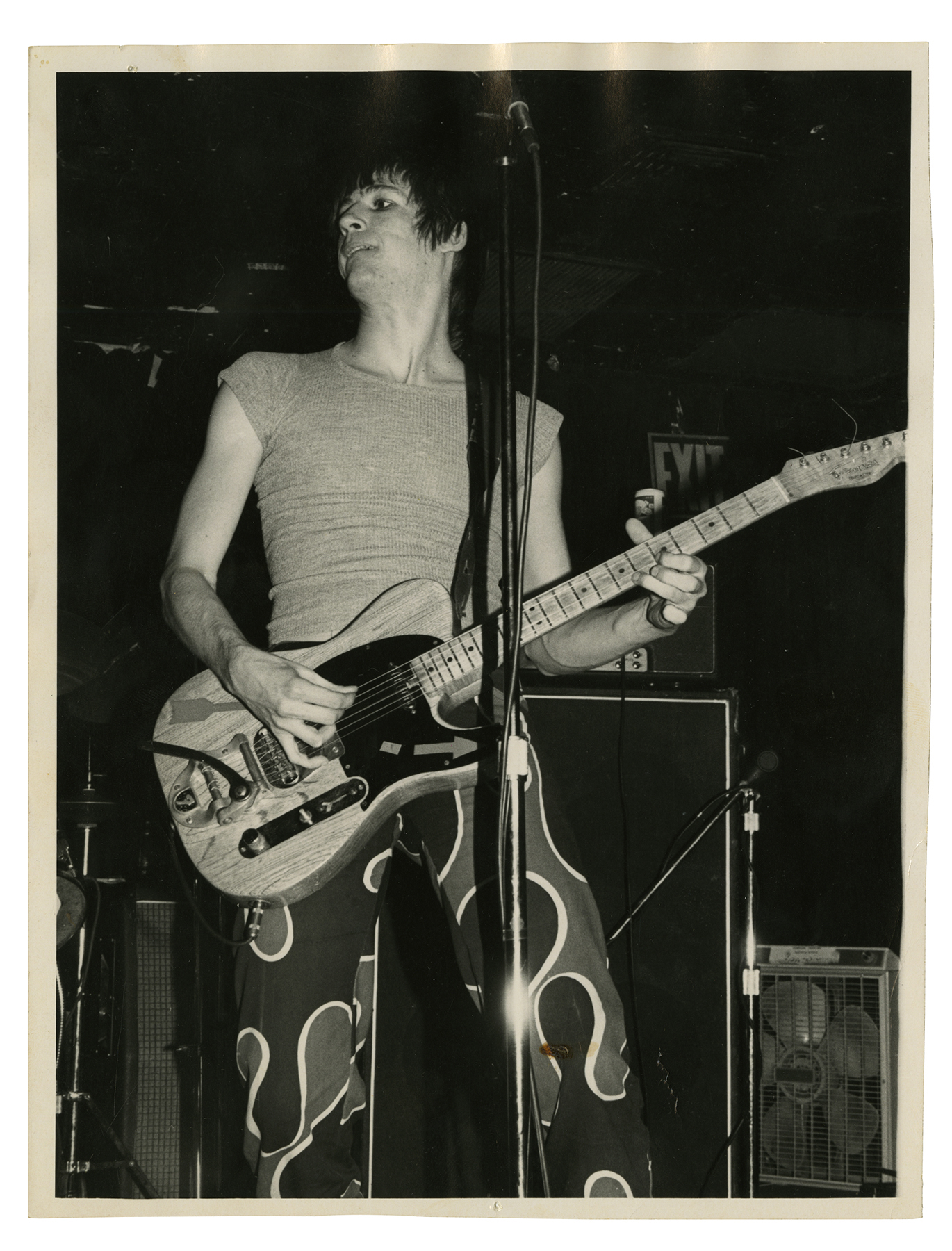 Paul’s dedication didn’t only stretch to collecting vinyl, he loved the thrill of tracking down the folks who made each private press record he enjoyed.

“People like Kenneth Higney doing Attic Demonstrations or Peter Grudzien who recorded The Unicorn – I had to know what these people were like because their music was so strange, so honest and so personal.”

Some of those he met were everyday types. Some were so high they were convinced he was from the government because no one could possibly be interested in their music. Others had become successful businessmen after a stint in psychedelia. Some were just as psychedelic as their sounds, Paul’s recollection of meeting country/psychedelic singer-songwriter Peter Grudzien a prime example.

“His day-to-day and ordinary life was even stranger than his music,” Paul recounts, when I ask him to tell me Peter’s story. “It was like meeting someone who came out of the Twilight Zone. I would think ‘Whoa I’m not even on drugs anymore, but just knowing this person makes me feel more psychedelic than ever.’ He was a genuine human being, not intending to be strange, but ended up coming across as if he leaped into the world from a different dimension.”

“When we took a film crew to his house for an interview,  we weren’t even allowed in,” Paul continues. I ask why.

“Because the day before, someone from the electrical utility company had come into the house and punched his father in the face and stole his shoes. He looked at us when we were standing and he said ‘electrical people can’t come in the house’. His environment matched the strangeness of his mind.” 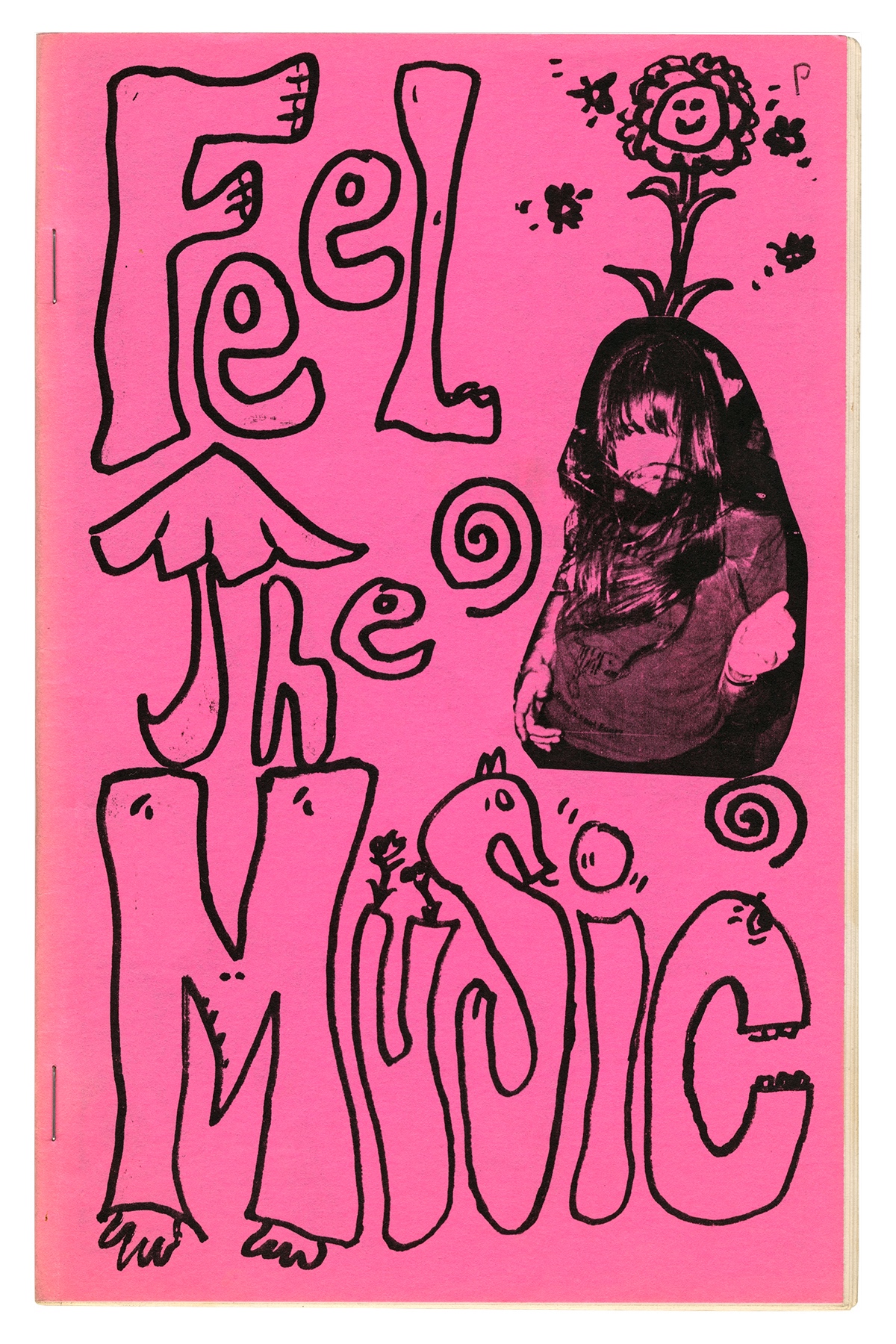 It becomes evident during our hour and a half long conversation is that Paul’s pure unadulterated passion for music is incredibly rare. Every story he tells me feels genuine. There’s no pretentiousness.

Hell, even when I ask about the internet, which has replaced IRL record-searchers like himself, he tells me he’s happy more kids have access to and are listening to the songs he has loved and still loves, and that, in his words, the brilliance and the excitement of music is the most important thing. 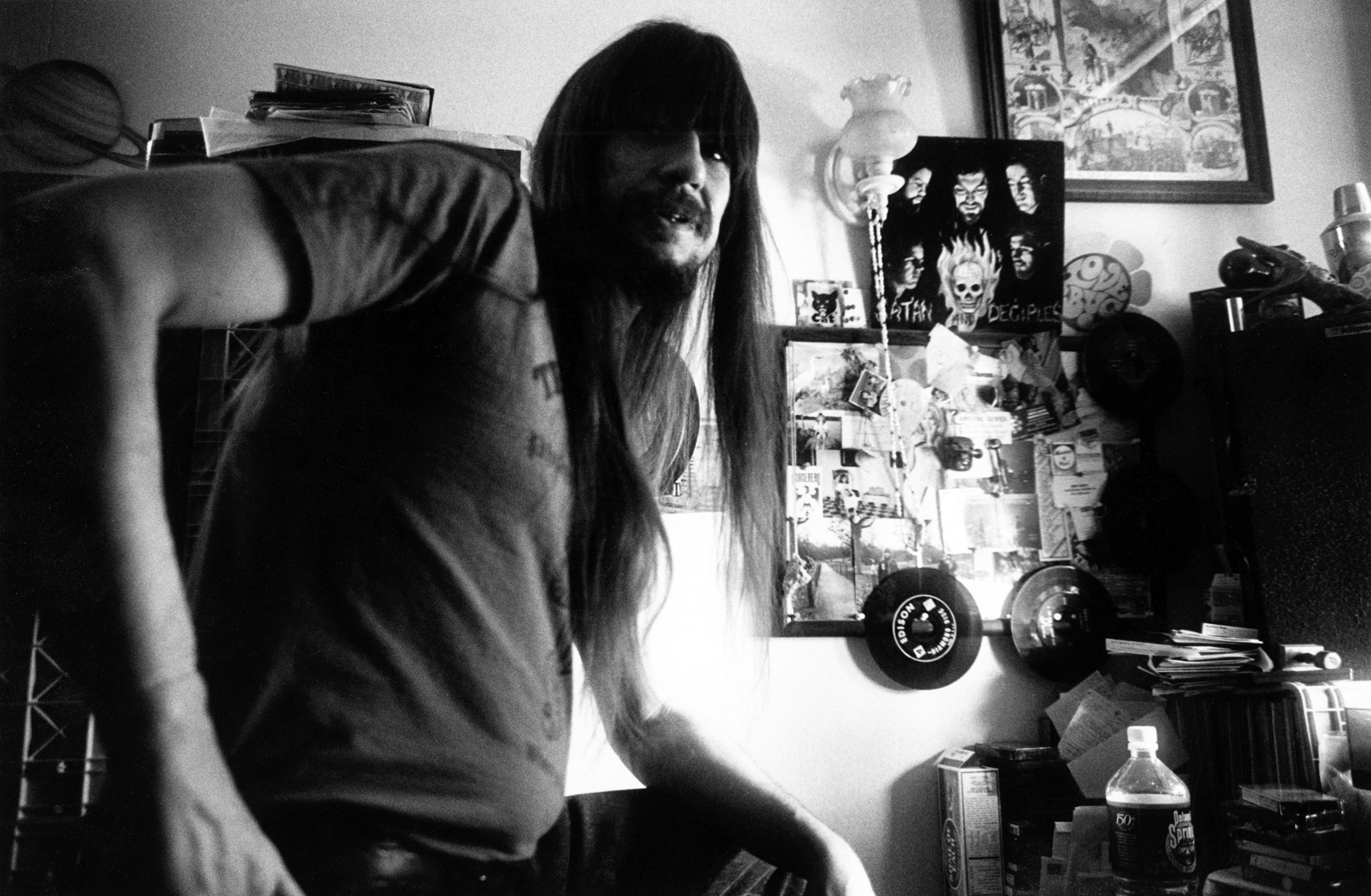 As we wind up speaking, I ask what looking back on decades of his love for music for a book feels like.

“It feels like what I did was actually successful – maybe I became a channel, and I wasn’t holding on to these records when everything happened, but that put me in a position where I was able to make music throughout my life.”

“This book existing is as exciting to me as first coming across those records was back then. I’m sitting here thinking ‘Oh dear, my life was nuts’. It wasn’t ordinary in any way, but it had to be the way it was, and here’s the proof.”

To launch Feel the Music: The Psychedelic Worlds of Paul Major, Paul will be in conversation with the legendary Jon Savage at Huck’s 71a Gallery on 18 September as part of a free book signing. RSVP here.

Linkedin
RELATED ARTICLES
OTHER ARTICLES
Photographer Sean Maung reflects on documenting a small town in Pennsylvania afflicted by high levels of unemployment, poverty, violence, crime, and addiction.
From snake handlers to mardi-gras revellers, Tom “TBow” Bowden’s photos provide a snapshot of the wonderful and weird people who make up America.
After blocking the Scottish government’s gender recognition reform bill, Westminster is now devising further changes to the law to make it harder for trans people to self-identify.
Campaigners reflect on what the supreme court’s decision to allow buffer zones in NI means for the future of reproductive rights in the UK.
A new podcast is opening up the conversation between trans women and trans amorous men in the hope of building coalitions.
Zsófia Sivák’s ongoing project documents the country’s tavern culture, preserving a once defining part of rural life.