Art & Culture / Music / Cassius and 20 years of the French Touch 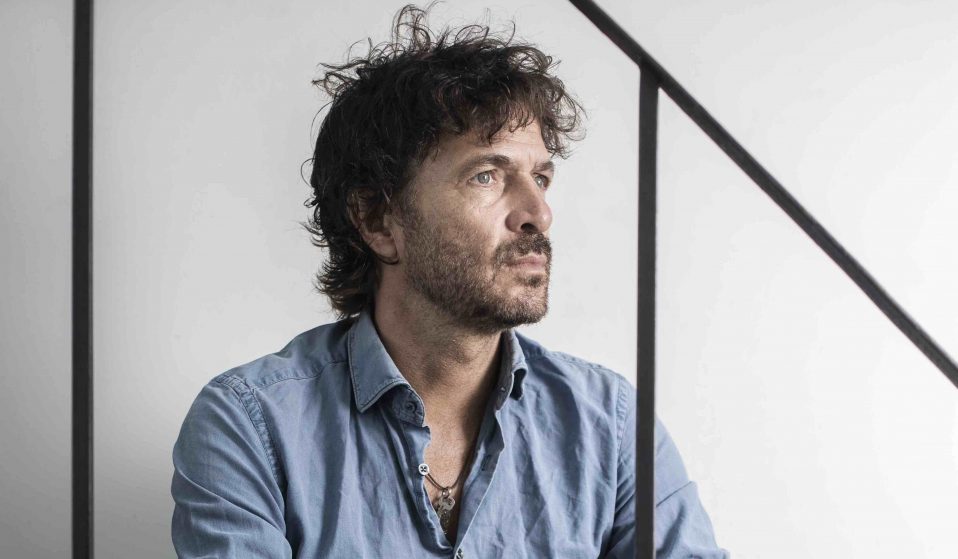 This week saw the tragic passing of Philippe Zdar, a much-loved visionary and pioneering force in French electronic music. We look back on his distinguished career, and examine the influence his work had on the wider world.

This week saw the tragic passing of Philippe Zdar, a much-loved visionary and pioneering force in French electronic music. We look back on his distinguished career, and examine the influence his work had on the wider world.

Friday the 21st June was supposed to be a celebration of sorts. Not only is the hotly-anticipated Hot Chip album A Bathfull of Ecstasy released on this day, produced by Philippe Zdar, but also the producer’s own Dreems, the fifth studio album by Cassius. As a legendary bon vivant, Zdar would no doubt have taken the opportunity to toast the arrival of these non-identical twins.

Tragically Philippe ‘Zdar’ Cerboneschi fell to his death from a Paris window on Wednesday night. He was 52. On the melancholic yet musically euphoric Hot Chip opener “Melody of Love”, Alexis Taylor sings “I overheard the saddest news”, and Thursday morning brought the shattering disclosure of his passing via Twitter. Although I never met Philippe, I’d spent some time on Wednesday talking with his people and was gearing up to speak to him and his Cassius partner Hubert ‘Boombass’ Blanc-Francard next week, to discuss the new record and the impact of Cassius’ debut 1999. A special DJ set had been planned for Rough Trade East on the 26th June.

The tributes were plentiful and clearly heartfelt; Alex Kapranos of Franz Ferdinand (who he worked with on their latest album Always Ascending) said Zdar was “a great inspiration, both as a producer, but particularly as a good man and friend”; Les Inrocks founder JD Beauvallet said “he had so much left to do, and so much left to say”; and Mark Ronson called him “a true, true legend whose influence hangs over not just dance but indie, hip hop, all of it”.

It’s been 20 years since Cassius released 1999, a cornerstone of the French Touch and a fine denouement to a decade of rampant hedonism. 1999 is the sound of optimism and carefree bonhomie; it knows not of the geopolitical troubles to come, and it gleefully absorbs and samples everything around that feels good – hip hop, house, funk – like an aural Dadaist collage. The filter disco movement of the ’90s came to be known as the French Touch, but there was nothing French about its core ingredients: Detroit techno, Chicago and garage house records, and the pioneering work of Americans like Frankie Knuckles and the Belleville Three.

Since the end of the Second World War, monolithic French culture had started to open up to outside influences – especially American ones – but jazz couldn’t be jazz, it had to be weighty, intellectual, existential left bank jazz; rock and roll also received a French makeover to become yé-yé which, while dumb, was much less dumb than its New World counterpart. In the same way, Jean-Luc Godard took the American gangster genre and helped kickstart the nouvelle vague with Breathless, so Zdar and the other players from the 90s French techno scene assimilated US dance and gave it an unmistakable French twist.

There’s some argument as to where it all started: some suggest the pumping acid jazz of St Germain in the mid-90s; others mention Laurent Garnier DJ sets at the Rex Club in the early 90s after coming back to Paris from the Hacienda, importing Detroit beats via the UK and the exploding Acid House scene. Others still, like to pinpoint the moment Philippe Zdar scoffed some ecstasy in 1992 and had an epiphany while out dancing. He set about emulating these uplifting sounds back at the Studio Marcadet in Saint-Denis, where he started his musical career as a tea boy (he apparently got taken on full time because he was the only person there who could roll a spliff properly).

1996 was a really productive year for Zdar: Cassius formed, and Motorbass, another duo with the similarly mercurial and soon-to-be influential Étienne de Crécy, laid the blueprint for the French Touch with their mythic album Pansoul, full of four-on-the-floor Detroit techno, samples and handclaps, and recognisable Chicago house motifs. As the scene began to expand as well as find international success, other acts borrowed liberally from America too: Daft Punk took space funk and disco and made their own inimitable robot rock, and Thomas Bangalter’s side hustle Stardust made a reconstituted Yacht rock anthem fed through some phasers. The indefatigable “Music Sounds Better With You” is about to do a lap of honour with a 20-year collector’s edition next month.

The high water mark in Zdar’s customer-facing pop career was 1999 – the album and the year – when the title track went top 10 in the UK and garnered a certain European ubiquity. But the musician was almost a victim of his own success, as becoming an in-demand producer meant less time for Cassius, while the French Touch sound proliferated without the quality always being maintained: “I remember going to a record store, listening to 200 records, and all of them were shit,” Zdar once complained. “French Touch became a recipe, and it got too easy, just like punk.”

The second wave of the French Touch brought a renewed surge of invention, with acts like Justice leading the rambunctious charge with an appropriated Christian cross as their calling card, with other innovative Ed Banger labelmates not far behind them. Zdar took a slight left turn, co-producing and mixing Phoenix’s Wolfgang Amadeus Phoenix. Although Phoenix were associated with the French Touch and lead singer Thomas Mars had played in the short-lived Darlin’ with Thomas Bangalter and Guy-Manuel de Homem-Christo in the 90s – a band that made little impression but did at least garner a terrible Melody Maker review that branded their music “daft punky trash” – Phoenix were (and are) essentially an indie band. Wolfgang Amadeus Phoenix was a massive hit and won best alternative album at the Grammys. Demand for Zdar went into overdrive.

Cassius didn’t record an album for 10 years from 2006 onwards, and when Ibifornia did eventually arrive, it’d be full of celebrity collaborations: Cat Power, Pharrell Williams and Mike D from the Beastie Boys, a personal hero of Zdar’s. Artists like Kanye West clamoured to work with him, and he famously turned Madonna down because she didn’t approach him personally, saying the connection was all important.

In a joint interview in Les Inrocks with Kapranos in 2018, Zdar said: “I’m always surprised and flattered when people want to work with me. I’ve got used to it in the long run, but it still always makes me feel a sense of pride”. Zdar deserved to feel proud, not only for himself, but also as a Frenchman and a European. Like the Beatles, he managed that rare and impressive feat of taking American music, adding a European twist, and then selling it back to them in spades. Today should have been a cause for a celebration. Instead, the carefree whimsy and ebullience of Dreems will be hard to listen to.

Linkedin
RELATED ARTICLES
OTHER ARTICLES
Cindy Campbell recounts how her brother ushered in a new era of musical culture at a party she held in the Bronx in ‘70s.
Financial turmoil is pushing people who work in the sex industry into more dangerous and desperate situations as a means of survival.
Rogue landlords are exploiting young and inexperienced renters and leaving them in mental and financial turmoil, reports Niall Hignett.
The two-day long event returned to London this year, showcasing a spectacular parade, steel bands and Caribbean food.
Rhiannon Adam spent three months capturing an ageing society wracked by division, isolation, and the aftermath of scandal.
As the Scottish government announces a rent freeze, an activist with Living Rent who fought and won shares how they did it, and what must come next.