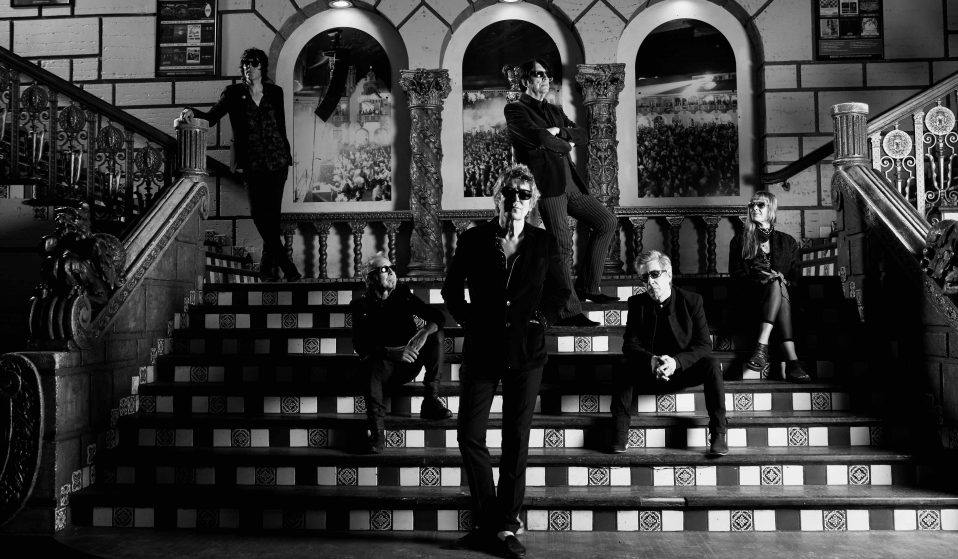 With the world at their feet, the post-punk band stepped away. Almost three decades later, they’re back with a new album – and memories to boot.

With the world at their feet, the post-punk band stepped away from the limelight. Almost three decades later, they’re back with a new album – and memories to boot.

The Psychedelic Furs were formed in 1977 by three brothers: vocalist Richard Butler, guitarist Simon (who soon left to join a burgeoning computer tech company called Apple) and the youngest brother, Tim, bass player and mouthpiece for the band, who’s on the phone today.

Brought up in the Tory heartland of Surrey by left-wing parents, the Butler brothers made their way to London at the first available opportunity, emerging snarling and sneering as post-punk contenders soon after. With a scronking sax, played in the early days by Duncan Kilburn, and Richard’s inimitable, corrosive vocal style – somehow sounding like David Bowie and Johnny Rotten at the same time – they brought a dark and cerebral kind of psychedelia to the new wave.

Driven by a youthful energy, the band intensively toured America off their own bat in the early ’80s, becoming a college radio favourite and opening the door for other British acts to follow. After a huge hit in 1986 with ‘Pretty In Pink’, a four-year-old song re-recorded for the John Hughes brat pack movie of the same name, they transformed themselves into big-shouldered stadium rock behemoths and seemed on course with their 1987 album Midnight to Midnight to become one of the biggest bands in the world.

But having made a big splash on both sides of the Atlantic, self-doubt suddenly crept in midway through the tour. The leathers were wrong, the production was tinny, the hardcore fans had been alienated: they were having the biggest success of their careers, but it was at the expense of their own integrity. The band withdrew from contention and made way for U2 and Simple Minds to battle it out for supremacy.

Today, it’s been 29 years since the Psychedelic Furs last released an album. But they’re returning with a proud and pristine addition to their otherwise unblemished canon. Made of Rain has been produced by long-time Furs’ acolyte and Guns ‘n’ Roses guitarist Richard Fortus: it sounds refreshingly contemporary, yet unmistakably them. After years of playing their old material with fans crying out for something new, the Furs now have something to show for it – but are grounded by Covid-19, an irony not lost on Tim.

“It’s very frustrating,” he says, speaking from his home in Kentucky. “It’s our fault for taking so long to get our confidence up enough to go into the studio. So we’ll still play it – it just won’t be around the release date.”

Ahead of the album’s release, he looked back on some of the highs and lows of a varied life in music.

I met David Bowie when we were at an after-show party at the Rainbow in Finsbury Park. It was after Iggy Pop had played on that tour where Bowie was on keyboards. He was at this afterparty and of course I was a bit inebriated. I staggered up to him, took his drink out of his hand, swigged it and said: “You can’t fucking act, can you?” He had the best comeback. He said, “I didn’t ask your advice.” Because I was drunk I stupidly said, “I didn’t give you any,” and he said, “Ah ha!” I was very deflated and walked off.

The next time he came to one of our shows we played at Hurrah in New York. We’d finished the set and he and David Byrne burst into the dressing room and he said, “We’ve just been arguing about who’s going to produce your next album.” He never got around to doing it but from that we ended up doing two weeks of shows with Talking Heads. David Byrne’s interest came from that show. Bowie came to see us a couple more times but the idea of getting him to produce us never materialised. It might have been fun to work with David Bowie. There’s supposed to be a version somewhere of him doing ‘Pretty In Pink’. I don’t know whether that’s a myth or reality but I’ve heard the rumour several times.

Don’t do what you’re told

We started touring America when the first album came out. Our label CBS said, ‘Don’t bother touring, there’s no demand for you over here.’ Of course, we were chomping at the bit to get to America, so we toured over here for six or seven weeks in a nine-seater minivan and it helped us break into the American arena. We just did the hard work of touring around in summer in a minivan. America is so vast, it was an eye-opener [laughs]. We enjoyed it and it worked out in the end. 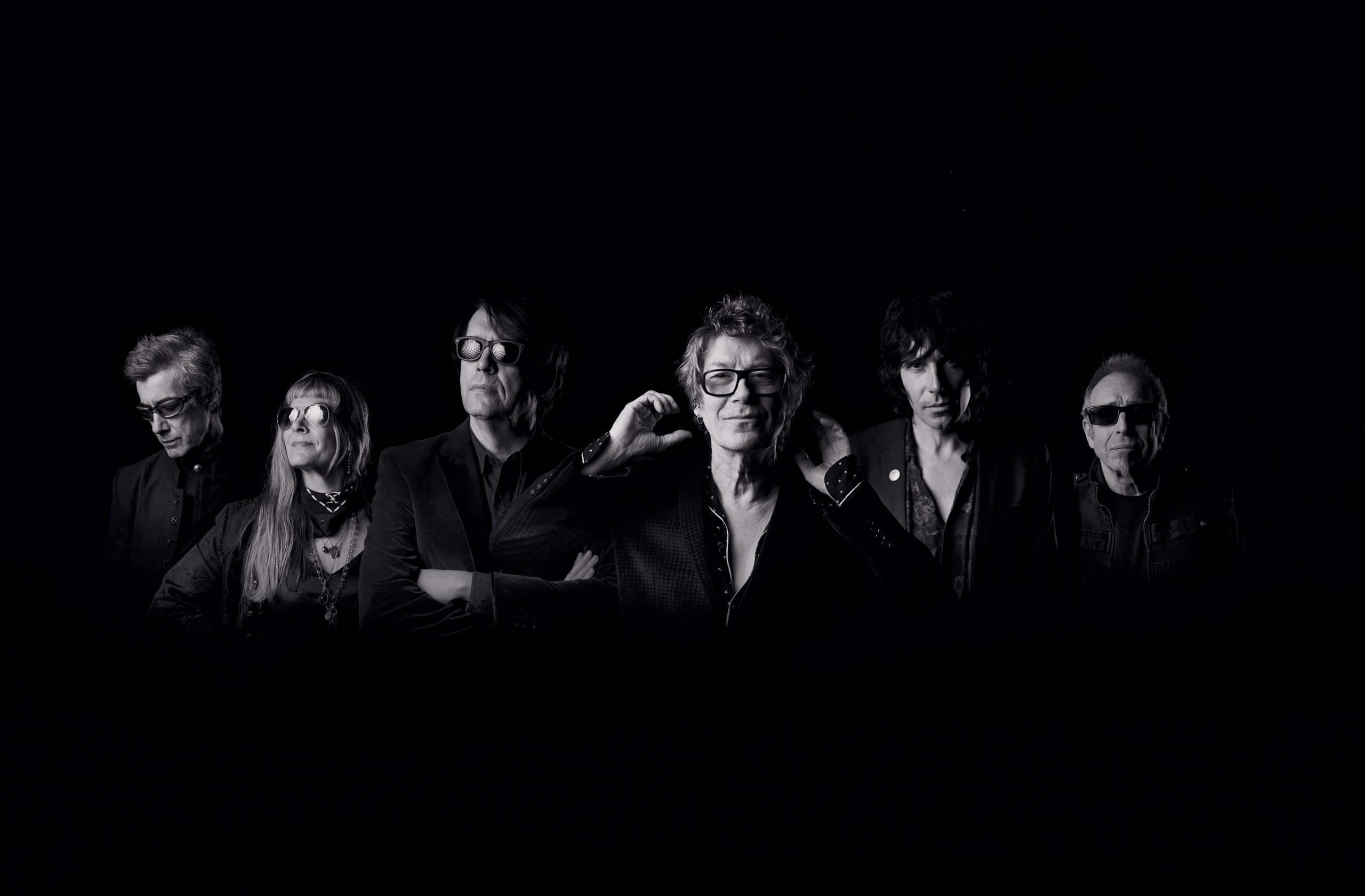 Be the best – or don’t bother

We were lone wolves. We used to play gigs at the Electric Ballroom and at the old Music Machine. Adam Ant came down a couple of times, Gary Numan and I think Sting in ’78 or something. But we were never buddy buddy with people, or hung out with them particularly. We’d meet them at the side bar at the Music Machine but we were pretty much lone wolves. We had an attitude where we were against everybody [laughs].

We had extreme confidence in ourselves, which went all the way through to Midnight to Midnight. We never really listened to record companies. We’d just deliver the mastertape and say, ‘That’s it.’ It was only around the time when escalating success got to us that we thought, if we listen to the record company more, then they’ll push us more and do more work for us. But we always had supreme confidence in ourselves pretty much. Like most bands you think you’re the greatest thing since sliced bread. And I still think we are. If you don’t think you’re the best thing at whatever you’re doing then you might as well give up.

There’s nothing as brothers that you can’t sort out – if you’re in a band, or any sort of business together. These people who don’t get on: the Gallagher brothers or the Davies brothers, people bring their names up but they never mention the Osmonds or the Bee Gees, people who stayed together. Early on there was sibling rivalry and there were egos and we’d get drunk and have arguments, but 10 minutes later you’re laughing and joking around again. I threw my brother through a shoe shop window in Muswell Hill back in our punk days of getting drunk in the late ’70s. But you know, blood is thicker than rock and roll. Since we’ve got back together I think we’ve realised we both have an important role in the band – and we’re happy with that.

Made Of Rain is out 31 July on Cooking Vinyl.

Linkedin
RELATED ARTICLES
OTHER ARTICLES
Photographer Arthur Grace recalls travelling through the Soviet Bloc and finding ways to evade the surveillance of his work.
Whether it's partygate, the climate crisis or the spiralling cost of living, the fightback begins on the picket lines writes Tommy Vickerstaff
In her new book, the author explores the country’s housing crisis in human terms and calls for radical action to address a broken system.
For decades, an area of East London has served as a community hub for Vietnamese people looking for a taste of home.
With inflation now at a 40-year-high of 9 per cent, demonstrations organised by TUC took place to demand action from the government.
Finland-born photographer Sirkka-Liisa Konttinen looks back on her decades-long documentation of life in Northern England.