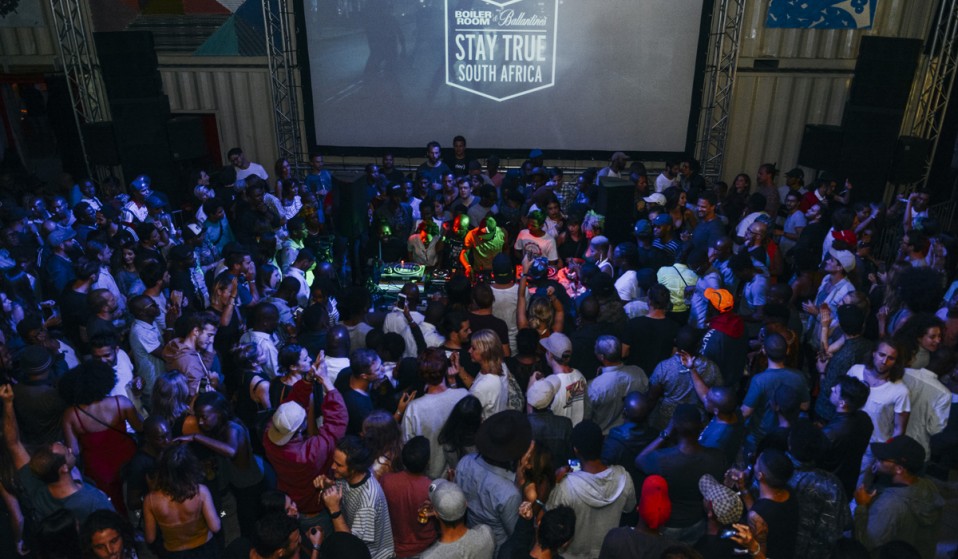 Deep-house DJs are superstars in South Africa, where more house music is consumed than in any other country. But limited internet means that regional scenes and showcase parties remain crucial.

At a venue on the outskirts of Cape Town, Move D drops one funk classic after another, a sea of waving hands lost in the groove.

Reclining on a couch one level above it all is deep-house artist Jazzuelle, his head covered by a sweaty towel. It makes him look like a boxer post-brawl but, in reality, he’s just stolen the show at Stay True South Africa by Ballantine’s and Boiler Room.

Stay True Journeys is a series of live broadcast events featuring past, present and future legends of the world’s most authentic music scenes. When the showcase first visited the country last year, in Johannesburg, it uncovered just how much of a dominant force dance is here. 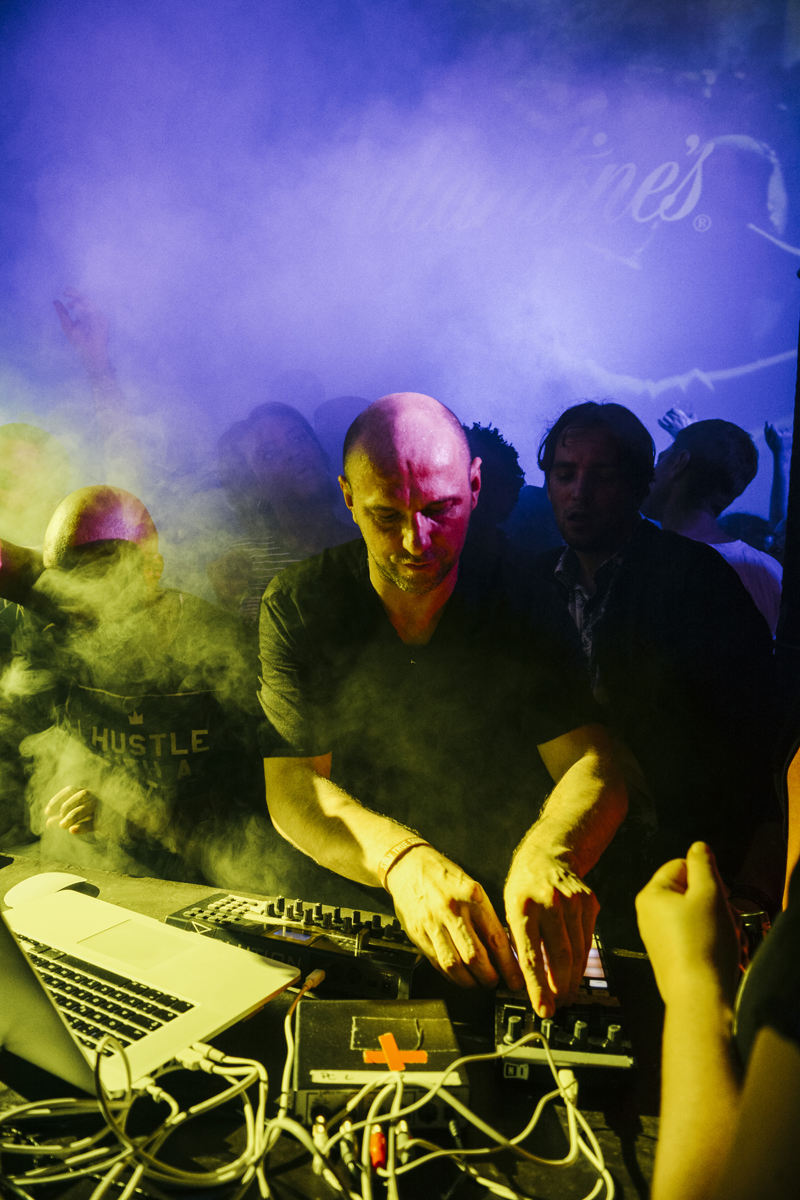 Tonight’s party is a continuation of that exploration – one explicitly focused on deep-house in the Cape – but the choice of location puzzled many at first. This city isn’t exactly known as a stronghold in house music.

“I grew up here…” says Jazzuelle, before trailing off reluctantly. “But Joburg rewards artistic freedom more, especially financially. You can be a house artist and also live off of what you’re doing.”

Deep-house DJs are superstars in South Africa, where more house music is consumed than in any other country.

Its bare structure and repetitive formula allows for freedom of expression while staying true to an established form – a recipe so simple that it becomes easy to embellish it with regional flavours.

“That’s the inner culture of house music,” says DJ Henrik Schwarz, before his set. “It’s open and made for open minded people, so it’s much easier to connect with.”

Every major city in SA has its own unique take on the genre, produced specifically for its own inhabitants.

Johannesburg has the jazzy vocal house of Micasa and Black Motion. Pretoria house is defined by the sparse, kitsch sounds of Mujava and Bujo Mujo, while further up north you can find DJ Spoko’s frantic ‘Bacardi house’. 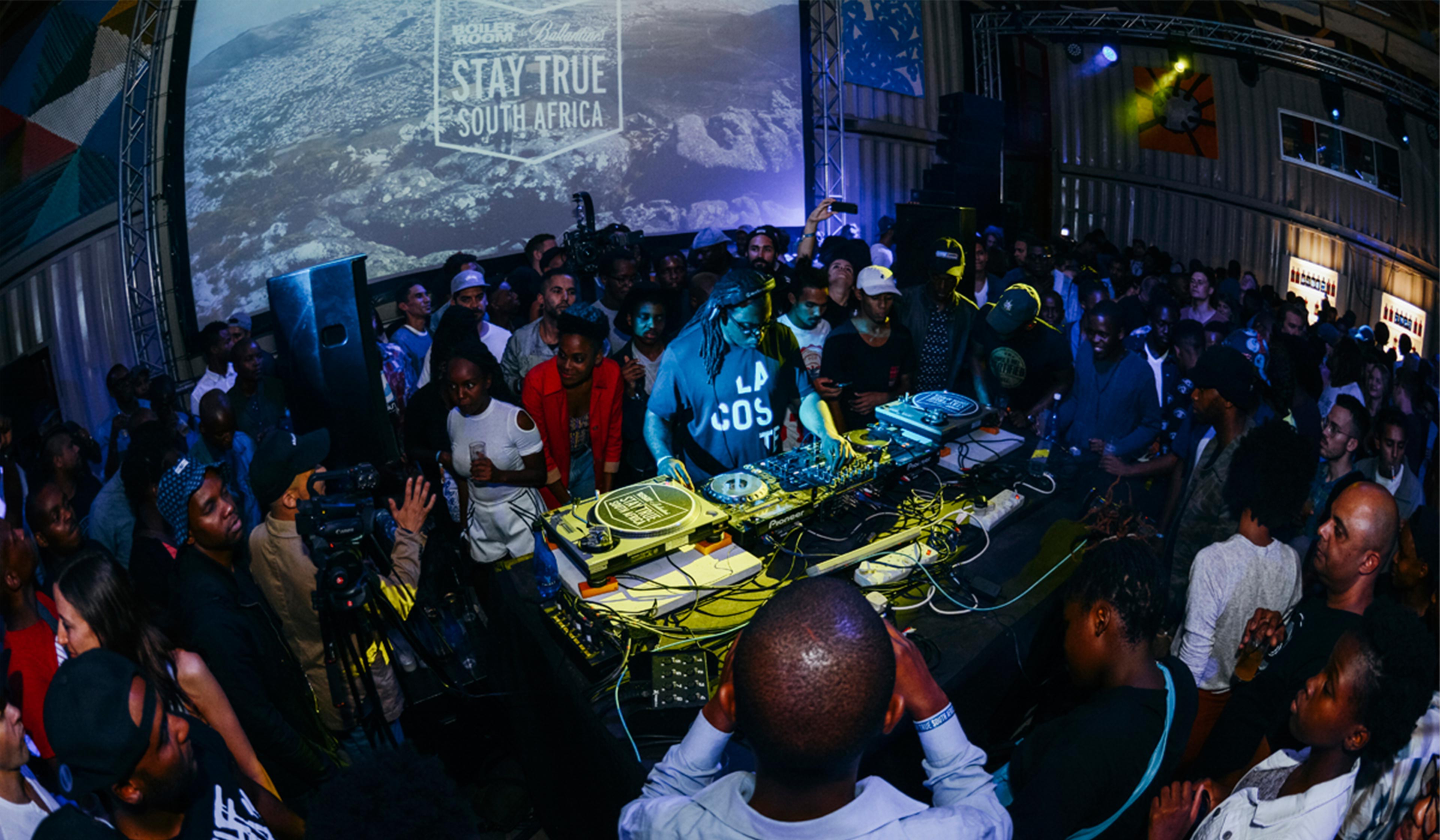 The only city missing here is Cape Town. A geographical and social disconnection between its city centre and the poorer township areas means that house – still predominantly considered ‘black music’ – thrives on the outskirts.

That’s why Boiler Room & Ballantine chose to host this party in Langa, Cape Town’s oldest township, which was established prior to the apartheid era designated for Black Africans.

“There is no more local,” says Henrik Schwarz. “There’s just a world sound. And to stand out, you should be very personal in your music – the more different your ideas, the more interesting.”

That may be true for the rest for the world but, in South Africa, musical connections tend to happen more in person than online. Only a third of the country has broadband access, making regional movements, local styles and showcase parties all the more salient.

It’s fitting, then, that this event takes place at Guga Sthebe’s, a brightly coloured cultural centre dedicated to empowering the local community. Hundreds of tickets had been reserved for Langa residents but, tellingly, just as many inner-city kids have made the trek too. 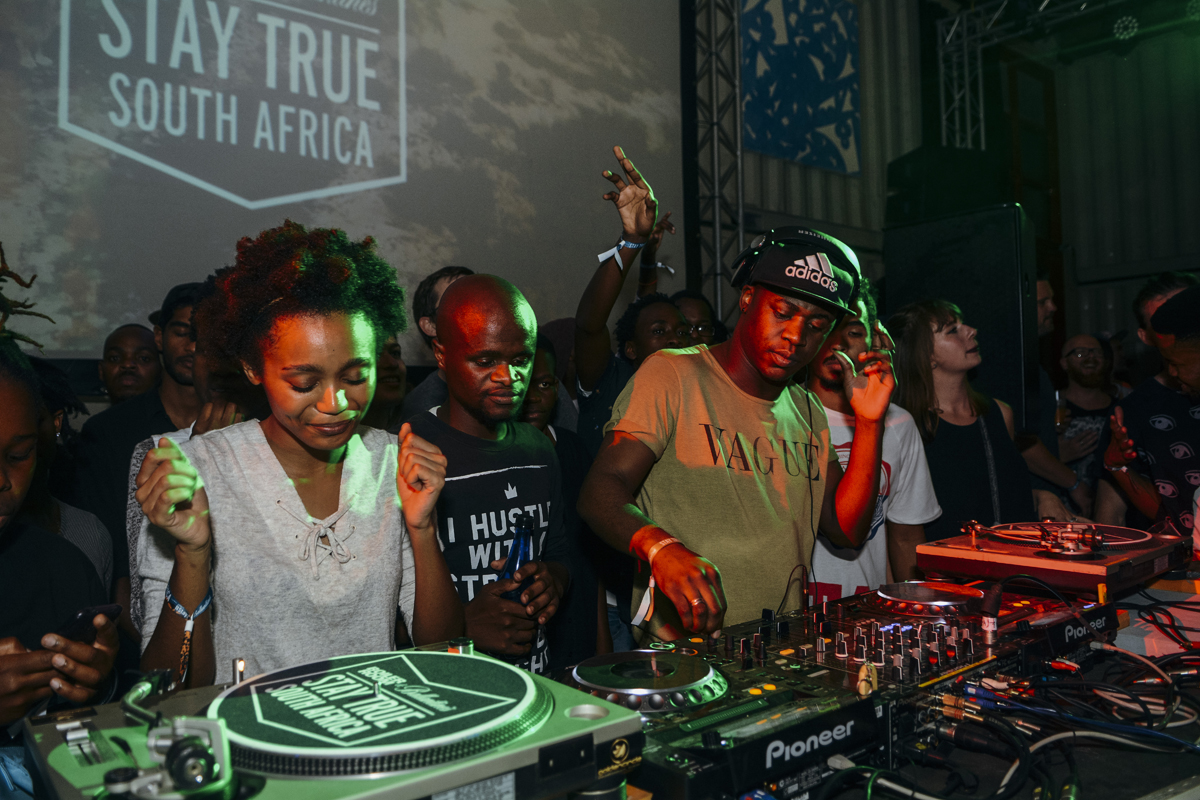 Equally as diverse are the sounds of each set, which mixes local names – DJ Fosta, Jazzuelle, Jullian Gomes and Kid Fonque – with international headliners Move D, Fred P and Schwarz.

But as the night hits full flow, it becomes impossible to tell who is from where. Just absorbing the make-up of the audience – from the macro-level movement of the crowd to the small interactions between revellers – becomes hypnotic.

This is what Cape Town needs more of: a way of forcing different worlds together so that its scene can compete both within South Africa and on the world stage.

“Hopefully what we’re doing here inspires some kids,” says Jazzuelle. “This party was to celebrate deep house and the response proves that the scene has potential.

“That’s why I was happy when everyone was around me on stage. I was like, ‘Yeah, let’s all be seen together! Let’s show the world what we’re about.’”

Linkedin
RELATED ARTICLES
OTHER ARTICLES
A new report has found that the majority of Britains approach trans issues with compassion. It’s about time this was reflected by our media landscape.
The past five years have seen a staggering increase in foodbank usage across the UK. Now, staff fear things are set to get much worse.
Finland-born photographer Sirkka-Liisa Konttinen looks back on her decades-long documentation of life in Northern England.
Over a dozen Stop Deportation activists locked themselves to each other outside a detention centre to prevent coaches taking those due to be on the Rwanda deportation flight from leaving.
With inflation now at a 40-year-high of 9 per cent, demonstrations organised by TUC took place to demand action from the government.
Photographer Arthur Grace recalls travelling through the Soviet Bloc and finding ways to evade the surveillance of his work.