“Bombing people out of homes, we want peace not fucking drones,” Pussy Riot scream in ‘Refugees In’.

The Putin-taunting punks shot their new music video at Banksy’s Dismaland, around the band’s live performance there in September 2015.

Directed by Ralf Schmerberg, who cut his teeth filming riots, it was shot at the ‘bemusement park’ in Weston-super-Mare, before it was torn down and re-erected as shelters for migrants at the notorious Jungle camp in Calais. After premiering at London’s Hang-Up Gallery, alongside a new show from migrant activist artists the Connor Brothers, it’s now online. 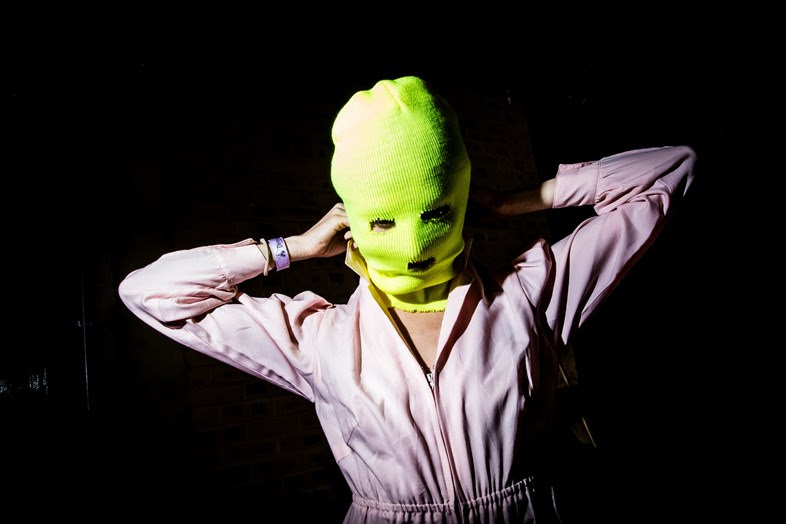 Speaking to Noisey, Pussy Riot’s Nadya Tolokonnikova argued it’s even more important to protect refugees in the wake of the Paris attacks:

“ISIS will win if the hate against refugees in the hearts of Europeans defeats the mercy to despaired people fleeing their destroyed houses in panic,” she said. “Their Syrian and Iraqi houses occupied by the assailants. ISIS will win if Europe rejects the value of multiculturalism being terrified by the threats of extreme right politicians, closes its borders and tumbles back to the previous century, the era of nationalism.”

She believes in the power of music and art to create change, and the rousing chorus to ‘Refugees In’ is a powerful call to action for Europe: “Cage me in and cage me out. Refugees in and Nazis out. Governments here should feel the shame, fucking liars you are to blame.”

Linkedin
RELATED ARTICLES
OTHER ARTICLES
Last week, Tower Hamlets council removed its nudity-restricting licensing conditions in a huge win for London’s kink community.
A woman from Texas explains how she was forced to consider the criminal liability she might face for medication abortion over her health.
After rewriting the indie rulebook with her devastating songs about romantic longing, the singer-songwriter is now imagining a future in which the artist is no longer a product.
Following the release of his latest album, the rapper talks about finding a new approach to songwriting, attitudes to poverty, and why his music is more than a political statement.
A series of photos by the late Jerry Dantzic taken in 1957 show a tender side to the iconic Jazz musician.
Protestors gathered outside Downing Street following the latest atrocities committed by Israel against Palestinians living in the besieged strip.