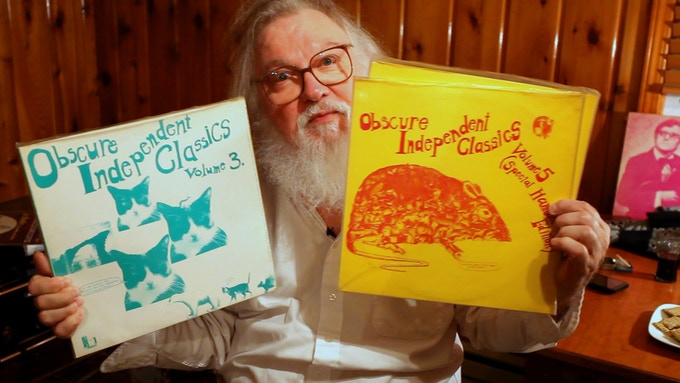 The ‘hermit’ musician, who has long been admired among industry insiders, has produced and released over 400 albums from inside his bedroom. Now, thanks to a new documentary, the 67-year-old’s star is finally on the rise.

The ‘hermit’ musician, who has long been admired among industry insiders, has produced and released over 400 albums from inside his bedroom. Now, thanks to a new documentary, the 67-year-old’s star is finally on the rise.

According to the new documentary Cool Daddio, R. Stevie Moore is the greatest musician you’ve never heard of. That said, it does seem that quite a lot of people have heard of him. Tim Burgess of The Charlatans says “every song sounds like a classic that you’ve never heard before”, James Richardson of MGMT says “he is in a league of his own”, Mac Demarco says he “essentially invented” home recording, and Ariel Pink calls him a “proud weirdo”.

But this impressive line-up of fans has not necessarily translated into mainstream success for Moore, who describes himself as a “bedroom hermit”. Not that this is necessarily a bad thing – away from the restrictions of record labels and the exhaustion of intensive touring schedules, he found time to produce and release over 400 albums, recording them from home before the digital age when that barely seemed possible. Even more impressive is the fact he managed to find and maintain an audience when the internet was a pipe dream, relying on cassette tapes and good old-fashioned post.

Imogen Putler and Monika Baran’s film finds the 67-year-old at a time when his star is finally rising. Cool Daddio unites talking heads, tour footage and documentation of everyday life with reams of crackly home video Moore shot over his career. It’s a celebration of a conflicted artist who is both an “introvert” and a “show off”; “inactive” but currently writing a book, trying out turntablism, starring in a film and releasing an album; and not “political” but still astounded by Trump.

Over an intermittent Skype connection, a bespectacled, white-haired Moore blurs across the screen like one of his low-fi video creations. He might bemoan his health and the restrictions it places on him, but there is still an infectious energy to him that results in a rambling conversation touching on everything from why the internet was made for him, to his decision to let two inexperienced filmmakers tell his life story.

What is the “second youth” of R. Stevie Moore?
That is the tragicomic thing about this movie and about my career is that it has started to take off, but now I have really bad health issues. There is so much that I would like to do, but I just can’t. I am 67 now – of course, it is just a number – but I would love to be able to get back out and do it. My whole career has been the boy in his bedroom, not pitching my wares, hitting the streets and touring.

How did the documentary come about?
Someone approached me. I played at Cafe OTO in London in 2014 and I was approached after it by two lovely women who said, “we’d like to do a documentary about you”. It turned out they didn’t have any experience directing a movie and in some ways, that’s bad news. The worst part was that we had no budget. I finally gave them the OK and they came overseas to visit me.

A lot of the footage is it yours, right?
That’s right. The sort of golden meat of the film is the fact that I have always been documenting my own life. A lot of it is low-fi and fuzzy-looking VHS tape stuff, but that is what we had back then. I provided them with the rights to all that and added bits of my music.

As a self-professed “bedroom hermit”, how was it having someone film you?
I’m not as bad a bedroom hermit as I used to be, mainly because of me finally starting to get on stage in 2011. I live in my hometown Nashville Tennessee right now, but for 30 years I lived in New Jersey which is very close to Manhattan. It was so densely populated, it was horrible, there were just so many people. I hated it and I just stayed at home. It was my lifestyle, I wasn’t a party guy, I didn’t go to clubs or any of that.

But when the filmmakers came here to film me, I was a show-off. I loved the attention. Of course, there were points where I asked if we could stop, because it is very personal, and it gets really deep talking about my family. I’m always telling all the stories of my life, so it is a double-edged sword just like my whole career and I guess like my personality. I am very introverted, and yet I can also be very over the top extroverted. 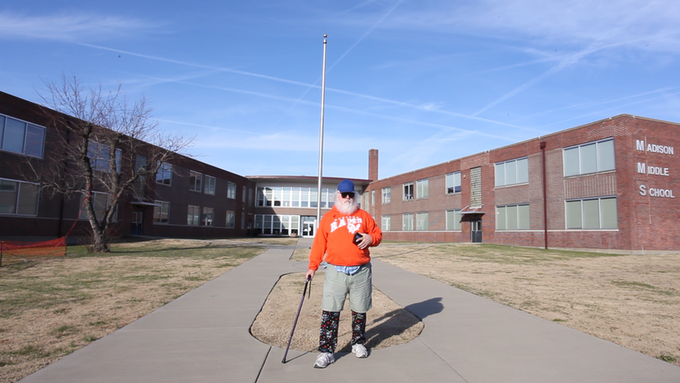 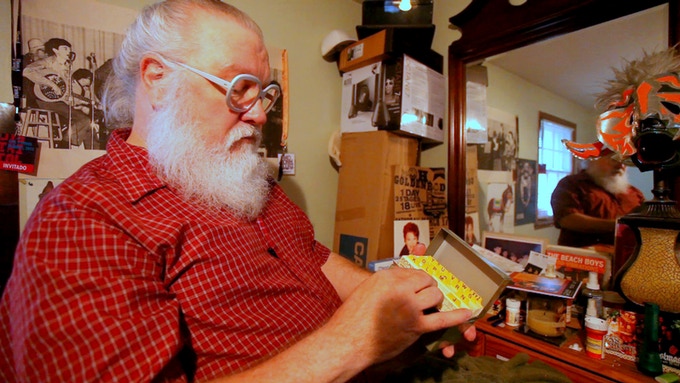 There is a scene where you don’t feel well, you say: “You are catching me at my most fucking helpless – I don’t want this in the film.” But then you change your mind – why keep it in?
It has to go in because it is me and it was true. That was pre-hip replacement surgery, so I am not in as much pain now. They were good about it, they understood. I didn’t want the movie to look like we were looking for sympathy, but sometimes it was like, well, let the cameras roll, I am miserable, let’s get it on film.

Take me back then to when you were producing your 400 albums. Can you tell me what your creative process was like?
I didn’t have a process really, I was just recording all the time and that doesn’t mean that I’d go to bed at night thinking “oh no, I have just wasted a day not recording anything”.

Did you ever feel you had a ran out of ideas? Or was there a need to keep creating?
There was always a need to keep creating, but I didn’t have to push or pull with it. I kind of lost the touch when I started touring in 2012. I just don’t really write music anymore. It can’t go on forever. Muddy Waters and the Rolling Stones keep playing, but they are not really innovating, that is what’s different.

Where would you tell people to start with your music? There is a lot.
My whole schtick is that I have released everything I have ever done. There is no good or bad – home demos are as fun as box sets of studio recordings. You have got to know how to guide yourself, and if you need help: Google. I don’t need to choose what I want people to hear, I want them to hear everything, it is their job to find what they like.

Cool Daddio: The Second Youth of R. Stevie Moore has its world premiere at Sheffield Doc/Fest on Saturday 8 June.

Linkedin
RELATED ARTICLES
OTHER ARTICLES
Photographer Phyllis Christopher recalls capturing sex and protest at a time when the city had become a haven for the queer community.
From the Yakuza to a biker gang, Bruce Gilden recounts capturing Tokyo and Osaka in the ‘90s.
The government’s failure to take long Covid seriously has led to the formation of a group campaigning for the thousands of forgotten victims of the illness.
The revered showbiz chronicler recalls his journalistic beginnings, documenting subcultural scraps in the ’80s.
The situation in Afghanistan remains dire, with many groups facing persecution at the hands of the Taliban.
Over the weekend, London locals came together to resist a pre-planned police raid targeting delivery drivers.