Art & Culture / Music / Rag N’ Bone Man: The MC building a refuge for his past loves 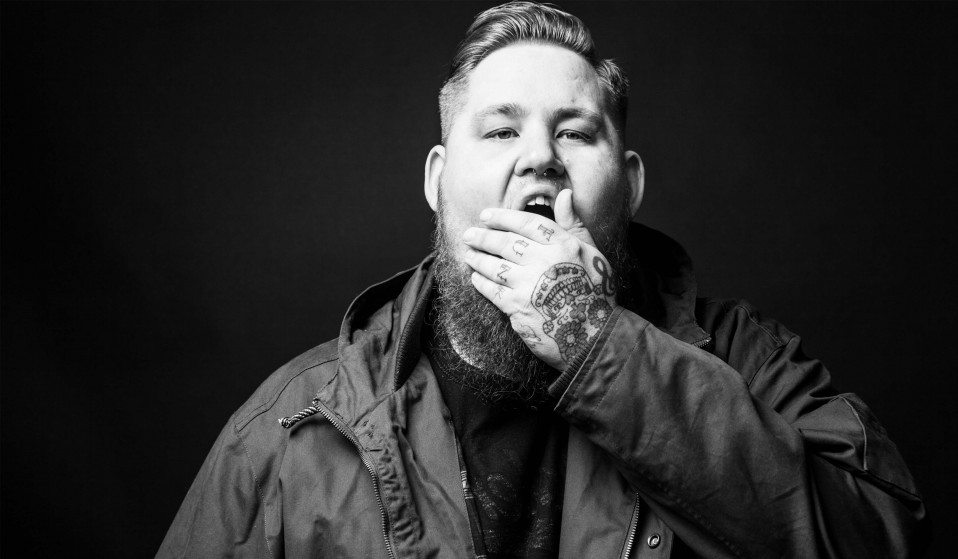 Raised on a diet of Steptoe and Sons and blues music in a small Sussex village, Rag N’ Bone Man doesn’t exactly fit the normal picture of an MC. But digging deeper reveals Rory Graham is a true hip hop renaissance man.

A love for Steptoe and Sons makes you realise that former Brighton MC, Rag N’ Bone Man must have a softer side. The gentle humour of the former BBC sitcom is enlightening. Having watched it as a kid with his granddad, Rory paints the same inter-generational conflict between Steptoe and Son’s Albert and his son Harold. You can see how those early viewings have shaped who he is today. He strikes out as a renaissance man, whose love of blues and hip hop has seen him develop his own musical niche.

With his first album on the way and ahead of his slot at 2016’s Wild Life Festival in Brighton this weekend, we thought we’d touch base with Rory to find out a little more about his early beginnings, and see how a summer packed with festival dates is treating him.

You’ve got a new album on the way – it’s your first after a long series of EP’s – it must be strange finally pulling together something with that length?
Yeah I thought it was about time – it seemed about time for a full record. I mean EPs serve their purpose – they’re like short bursts, projects that you can work on for a little while – but  I think I’ve collected so much material over the last couple of years, that it’s sort of finally time to make something bigger, better, stronger.

You grew up around Brighton – a place where a lot of young musicians come to find their feet – how was it?
I actually grew up just outside of Brighton – in a small, villagey sort of space with not an incredible amount going on. It’s only when I decided I wanted to pursue music that it made sense to move there – there was loads going on. I knew people that were in the hip hop scene in Brighton – and naturally found myself drawing toward  that kind of side of things.

Were you a musician since day?
I was sort of of singing and playing guitar – sort of soul and blues covers, locally, keeping myself to myself. I just wanted to start writing my own material. It’s around about the time I moved over to Brighton, that my friend Gizmo had started pulling together the Rum Committee – (a collaboration of hip-hop heads from across Brighton, who released records together) – that it all sort of came into place. It started by him asking whether I wanted to write over his beats. From that – it really kicked off by getting to know people through this night at The Hope called Slip-Jam B – it’s at the Prince Albert now – where MC’s, writers, singers came together to just play together and jam – I met loads of heads there, which gave me links and a real place to start.

Those early ciphers are so powerful, right – I have a lot of friends who get involved in them – it’s quite powerful to see them in motion.
Yeah it was quite similar – we’d just be in a room together, in a circle, working off whatever each of us throwed down. The guess a lot of the nature of hip hop is samples – and the nature of samples is they came from breaks, soul records, stuff like Oscar Peterson, those sort of dusty breaks and beautiful smooth grooves you get on tracks from people like Paul Desmond, those melodies.

Were you out to blend both of those?
Yeah – i found myself growing up on a lot of it. Growing up with people like Muddy Waters – in fact he taught me how to sing – I just aimed to sing like him. Then I got to 13 – and I moved into hip hop.

I feel that – it’s creatively very difficult to work in.
I decided to say fuck it and move back to Brighton – i live in a little town called Ridgewood now. I open my back door and there’s birds singing, green everywhere, it’s beautiful. And it’s amazing – I’m 15 minutes away from people in Brighton.

I have to ask – why the name?
It’s funny that – I used to go round to my granddad’s and we used to watch Steptoe and Sons together. I always liked it as a name, I loved it in fact, and before it was Rag N Bone Man it was Rag N Bone MC – back when I was spitting over jungle. It comes from being a kid, being with my granddad and sitting back and reminiscing.  People think it’s a silly name, but hey.

What about in terms of production – sampling – does it come from you guys, from friends?
It’s kind of a mix really – my producers from Best Laid Plans – Mark Cru and Dan Criddy – they produced all of my stuff up until now, and about a third of my album. They sit somewhere between hip hop and other stuff. It’s nice – we work together a lot, and often create our own samples. I mean I play stuff on the tracks, they’re both musicians so they play stuff between us there’s a lot of friends, whatever you want there’s someone to do it.

I was going to ask whether you still get a chance to do the cipher stuff?
Yeah we still have jams and stuff – I still write bars on a weekly basis – I don’t know if i’ll ever put a rap album out but. Sometimes I’ll write a 16 and from that realise I’ve written a song – it’s cool like that.

How you finding touring – you’ve got a lot of festivals ahead?
Yeah things on the festival side of things – where i started with DJ and moving now to a full band is quite something. Having everyone with me on stage, installs so much confidence. Every day we’re getting tighter all playing together. Where you’re on the road you basically live together, you know.

Linkedin
RELATED ARTICLES
OTHER ARTICLES
As the Scottish government announces a rent freeze, an activist with Living Rent who fought and won shares how they did it, and what must come next.
Rogue landlords are exploiting young and inexperienced renters and leaving them in mental and financial turmoil, reports Niall Hignett.
Financial turmoil is pushing people who work in the sex industry into more dangerous and desperate situations as a means of survival.
The two-day long event returned to London this year, showcasing a spectacular parade, steel bands and Caribbean food.
With skyrocketing rents, packed out viewings, bidding wars and more, renting in London has never been harder.
Following the announcement of an 80% hike in the energy price cap from 1st October, crowds gathered outside the offices of energy regulator Ofgem to protest and declare their intention to undertake a payment strike.