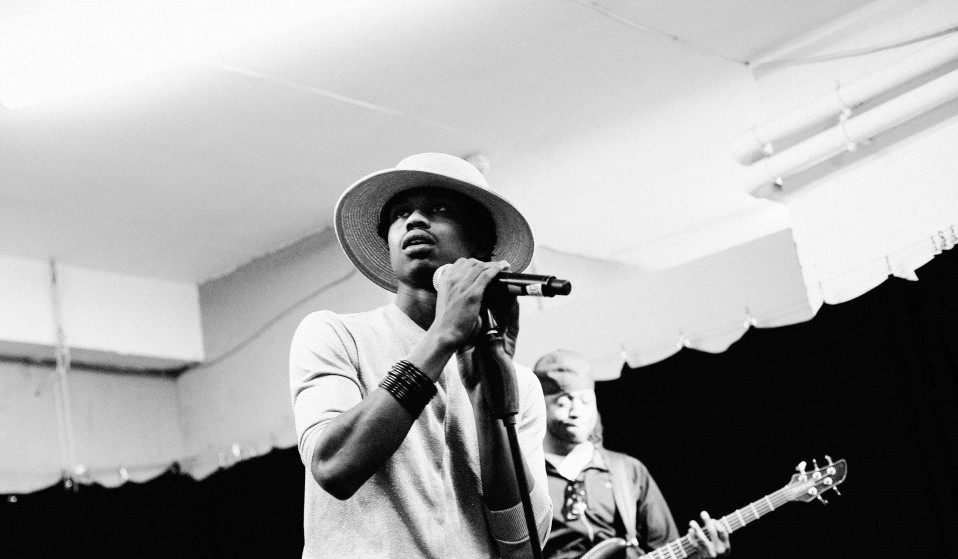 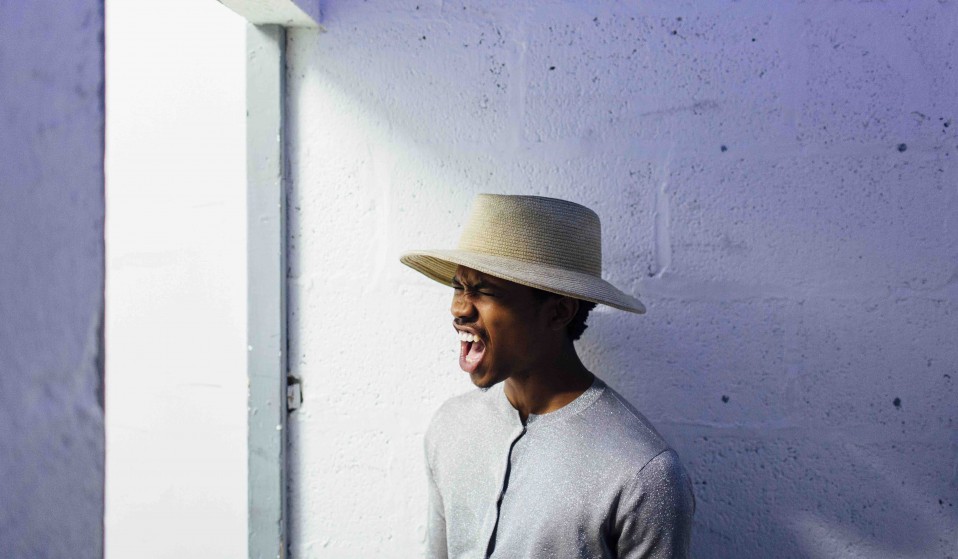 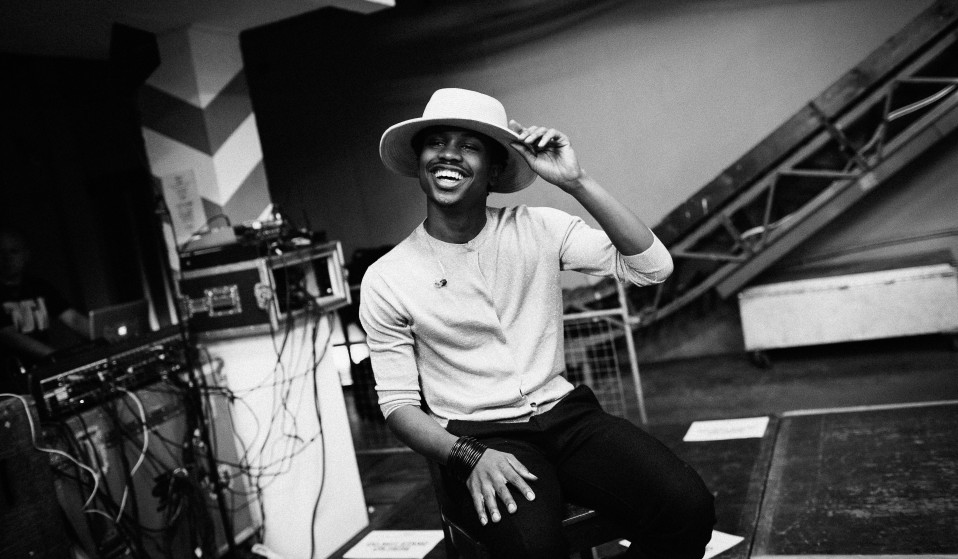 Stealing fans is not underhand if you do it with a smile, explains 18-year-old Atlanta rapper Raury.

Stealing fans is not underhand if you do it with a smile, explains 18-year-old Atlanta rapper Raury.

It’s early morning on a sunny Tuesday in October. Raury is in London on his first international tour and we’re chatting over Skype while he eats a breakfast of sugar-dusted donuts. He’s wearing his signature straw hat and the kind of massive smile that makes conversation comfortable from the get-go.

At 18 years of age, Raury has already set himself a grand mission. “My aim is to do music that does to others what music did for me – it changed my life,” he says, in a deep Southern drawl. It’s a bold objective – and it doesn’t end there. “I won’t compromise, I won’t live a life on my knees,” come the introductory words to ‘God’s Whisper’, the single that swept the blogosphere this summer. “I am the saviour,” he announces, turning the song into a hymnody with a tribalesque choir of the repetitive “ooh-na-na”.

Raury, who hails from Atlanta, is experiencing the afterglow of putting out a self-released debut that instantly garnered buzz. Indigo Child – an eclectic LP that fuses indie folk with soul, hip hop and tinges of gospel – is emblematic of a new generation of genre-defying artists who are adding credibility to the pop spectrum. But as Raury knows, a versatile sound isn’t enough to get you noticed. With more than 20,000 songs added to Spotify each day, putting out a self-released album takes a certain amount of confidence.

Of course, it helps if you are backed by the heft of a canny management team. Though he has since signed to Columbia Records, Raury was initially backed by Love Renaissance, a group of friends who helped turn the self-release process into a collective effort. Far from making their achievements any less impressive, artists who ‘self release’ with the backing of a team are simply part of the changing face of the mainstream industry; the bigger labels – keen to adapt to the spirit of DIY culture – gently easing young talent, like indie darling Lorde, into the public consciousness at a grassroots level.

As the internet becomes the go-to place for mediated musical discoveries – with new talent pushed our way via algorithms that chart our taste and purchasing patterns – Raury and his management are replicating that stumble-upon process. Raury’s self-promotion tactics were simple. He began his campaign offline, shunning social media and getting out into the real world to drum up noise.

“I make myself heard with the anti-tour,” he says, dropping the terminology as if it’s common knowledge. “My management and I came up with it at one of our creative meetings. We wanted to reach out to the right people who have an ear for my music.”

Raury’s ‘anti-tour’ consists of him pulling up at other artists’ concerts in a massive van – complete with generator, megaphone and stage-like trailer – and playing an ad-hoc gig outside their show. His sole objective: stealing other people’s fans like a sonic magpie. It’s a guerrilla tactic that feeds into a culture of music that’s already self-referential; Raury rolls up at the show of an artist he admires – and walks away with admirers of his own.

Street hustling may not be anything new (Tech N9ne built his audience independently, using an aggressive street campaign and relentless touring schedule) but emerging artists are under more pressure than ever to engage their fans online. “My fans are ready to hear music like mine,” says Raury confidently. “They understand it, even if they don’t know what to call it.”

Raury’s sound might fuel the zeitgeist, but he’s also critical of our times and specifically the way digital advancements have influenced musical proficiency. “Technology allows musicians to not be as talented as James Brown, Prince or Jimmy Hendrix,” he says. “There’s a lack of raw talent, because technology can fabricate it.”

Despite this seemingly old-fashioned opinion, he and his team clearly understand the natural home of his fans is online. So they gave fans the chance to win Indigo Child by turning the purchasing experience into an online game. Players had to engage with a browser-based game and were provided with the download link when they earned 15,000 points.

“It’s easier to be an artist today,” says Raury conceding that technology has its benefits. “I can spread my stuff to so many people. I have the possibility of reaching hundreds of thousands, even millions, and inspire them with my music.”

Between his online buzz and real world success, Raury’s caught the attention of some of the biggest names in the industry; collaborating with SBTRKT, opening for Outkast and (allegedly) working with Kanye West.

The young Atlantan is living proof that attention comes when you bring something different to the table. Perhaps that’s why he calls himself a “futurist” – always looking forward, always on to the next thing – and he certainly seems committed to this ambitious remit. “Music is powerful and it can affect people, I want to make the kind of music that is good for people,” he explains taking a last bite of his breakfast donut. “I want to inspire them to do good things.”

This article originally appeared in Huck 47 – The Julian Casablancas + The Voidz Issue.

Linkedin
RELATED ARTICLES
OTHER ARTICLES
The author discusses her blistering new novel about history, revolution and queer love.
Over the weekend, London locals came together to resist a pre-planned police raid targeting delivery drivers.
After news broke last week around an expected reversal of the 1973 landmark law that made abortion legal in the US, protestors gathered in the UK in support of American women.
A group of Ukrainians living in Poland are helping Ukraine withstand Russia’s brutal invasion by buying supplies and shipping them directly to the war’s frontlines.
The failure to hold landlords to account is denying tenants their basic dignity, writes Bella Saltiel.
From the Yakuza to a biker gang, Bruce Gilden recounts capturing Tokyo and Osaka in the ‘90s.