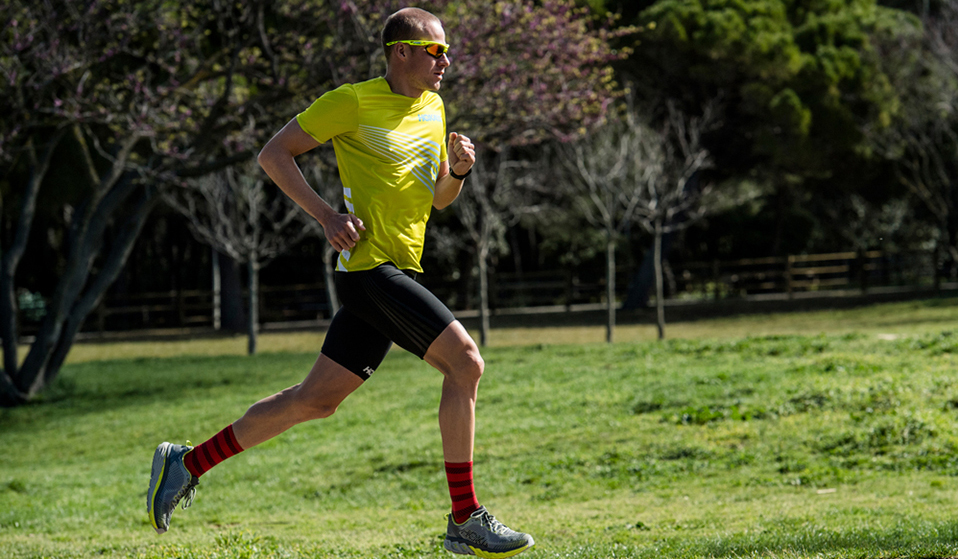 Warehouse parties might seem like an unlikely training ground for winning extreme triathlons, but not to Per Bittner. His story is the latest in the Huck x Hoka One One series, looking at mavericks who found a new perspective through running.

You might imagine that the denizens of warehouse parties and raves wouldn’t have much in common with the kind of athlete who would enter an Ironman competition.

That is an endurance event so extreme that you complete a ridiculously long swim and bike ride along with a full marathon. But according to the German triathlete and Ironman regular, Per Bittner, you can draw an easy arc between the two.

Per grew up in Leipzig, in Germany, which has long been known for its banging warehouse and free party scene. “When I was younger I used to party a lot,” he says.

“I loved the small community we had in Leipzig, with people making really good techno music and having fun. I didn’t drink a lot or do drugs, as I was competing even then, but I loved the music, so I would go out all night.”

“It felt good to push myself to dance all night. I’d sometimes laugh to myself and say, ‘This is helping with my endurance training.’” But Per does genuinely believe the two are linked, and not just because raving and long distance running both involve a “kind of extreme behaviour,” though he concedes they both do.

For him, it is also about how powerless we are are when our minds are consumed by a good tune. “You’re dancing at night and you’re tired and you just want to go home, but then a good song comes on so you keep dancing. You don’t even question it,” he says. 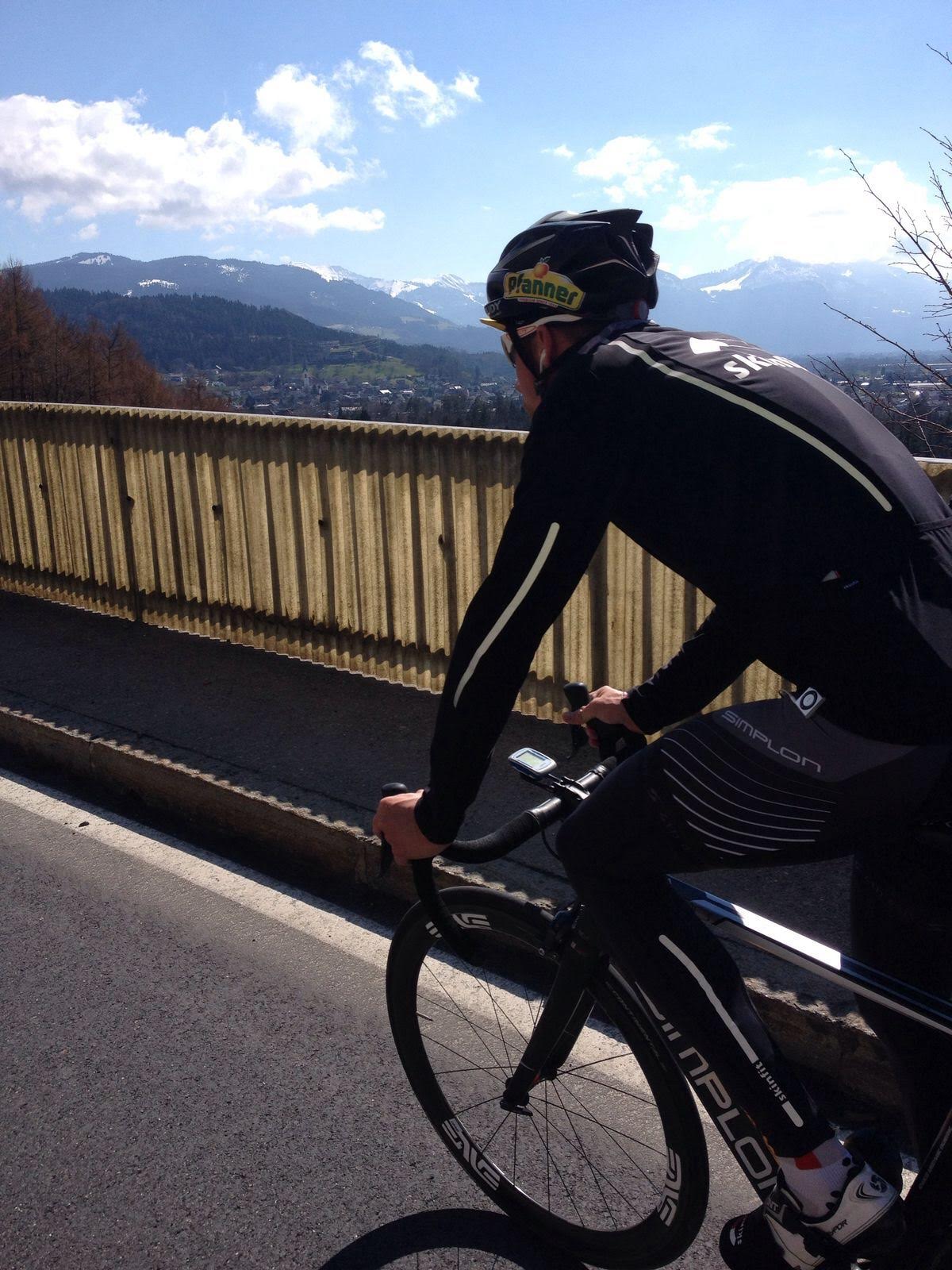 Neurochemical reactions take over and call the shots, dopamine does its thing; your body is entranced. On auto-pilot, even.

“It’s the same when I’m running and it gets hard, or I’m tired,” Per says. “Music — or specifically the beat, as I don’t even listen to lyrics — helps me to push through it.”

Instead of finding a race or training tedious, listening to repetitive beats helps him revel in that monotony, allowing him to go deeper into his own head and enjoy his time there. 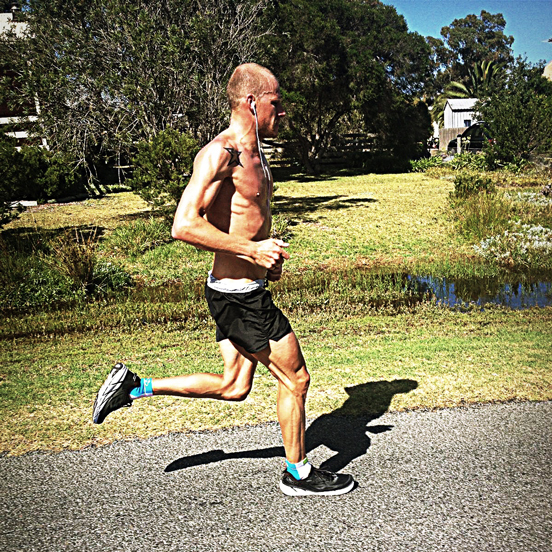 Aside from the musical benefits, Per also thinks clubbing helped him cope with the sleep deprivation he now faces when competing.

“When you’re doing an Ironman, you don’t sleep really well the night before because you’re so nervous. And the start is always 6am, so you have to be up at 3am to prepare and have breakfast. Being familiar with how I feel when I haven’t had much sleep, from those clubbing days, and knowing that’s okay to feel like that really helped me.”

Per is an undeniably sporty guy now, but music is still a massive part of his life.

“I listen to music all the time. When I’m in the kitchen, the bathroom, wherever I am I have a music player. I still mostly listen to house and techno, on the radio or from Leipzig, so I know what’s going on in my home town, as I spent a lot of time training in Austria now.”

It’s an essential distraction on his long training rides and sessions. He says, “When I’m listening to music, the hours fly by easier. So for example when I have a six-hour ride it really helps me to push through.” 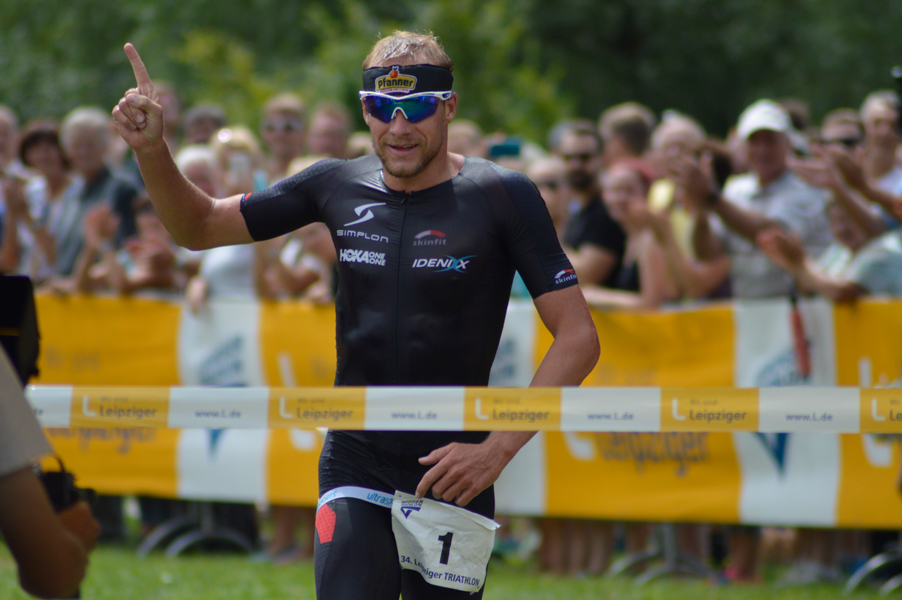 But when he hears good music during a race, it can be really quite overwhelming. “Towards the end of a race there’s a lot of emotion anyway. And there’s always music on a racecourse, often house music that I like, and playing really loud, so it will give me a really good feeling. It’s intense and emotional, and sometimes I’ll get tears from it.”

Racing is tough, but Per feels lucky to do the job he does. “When I was 15 or 16, when you decide what you want to do after school, I thought, ‘Well, I don’t want to sit in an office, and this looks like a fun job, just doing sport all the time,” he says.

“I’m lucky to make a living from it and get to travel so much and see the world. It’s like being on holiday and doing sport; it’s not like a job it’s a passion.”

Does he still find time for clubbing now and then? “Not really. We just have after-race parties with the supporters and other competitors but it’s not the same. But when I’m back in Leipzig, I try to catch up with old friends and party again when I can.”

Read more Huck x Hoka One One stories here. If you run, or are thinking about making running part of your life, you can learn more about the innovative Clifton 4 trainers that Per wears at hokaoneone.com

Linkedin
RELATED ARTICLES
OTHER ARTICLES
Over the years, a swimming hole in a city park has evolved into a magnetic meeting place for Philadelphians – a hideaway where people can connect with the natural landscape, and each other.
Writers Gracie Mae Bradley and Luke de Noronha take on the callousness of borders, arguing for a world beyond them.
A new edition of a seminal book brings together iconic images of the band onstage in their full glory and backstage in moments of unguarded camaraderie.
With inflation now at a 40-year-high of 9 per cent, demonstrations organised by TUC took place to demand action from the government.
The curators of a new exhibition are hoping to shed light on Plymouth’s vibrant but often overlooked nightlife.
In the latest instalment of Photographers in Conversation, the chronicler of raves, protests and beyond explains why he’s drawn to such specifically visceral environments.