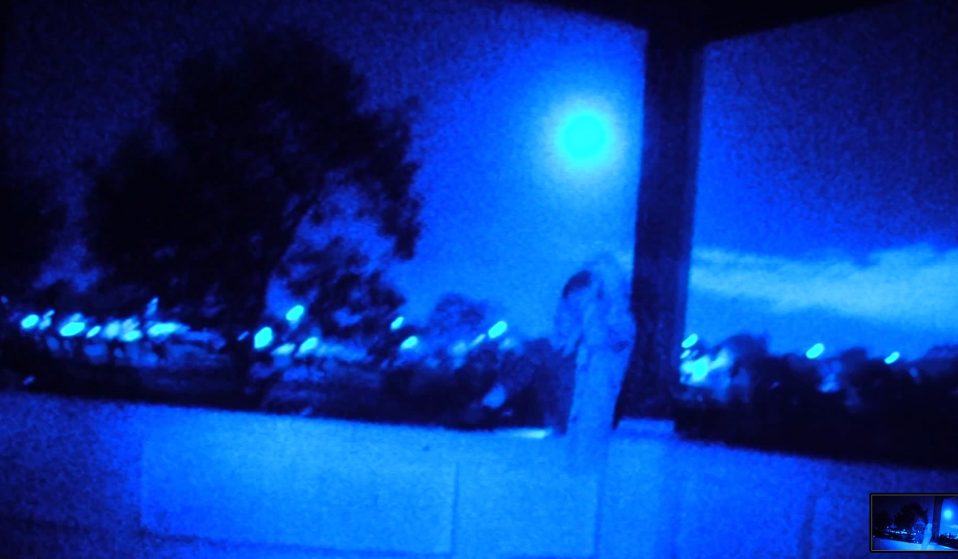 Ahead of the band’s first hometown headline show in three years, lyricist Kev Kharas explores the English capital in its current incarnation.

Ahead of the band’s first hometown headline show in three years, lyricist Kev Kharas explores the English capital in its current incarnation – a cruel dystopia, where it’s impossible to live a carefree life.

It’s in the rain that London looks its best, hissing at the edge of the night, when the tyres lift the water off the roads and it sings to you with a made-up face of sodium lipstick and strip-lit neon.

Bearing down on the underpass, the traffic to the left dives below ground to allow the trains to keep scuffing along overhead. It’s another moment when London invariably looks its best, as two alien travel networks rub shoulders in eyeshot. Upstairs, the brickwork is sodden, soaked-through sticky chip paper, as the sun retreats and the shimmering grey violence of another English Friday night settles upon the capital like a second skin. Out here on the central reservation, traffic floods by to leave you alone at the centre of a pissy vortex of noise and artificial light, all that duty and ambition swirling around you.

At first take, London is swirling, smiling and full of opportunity. More accurately, it is any number of vortices swirling and collapsing into each other, smiling at you as they do so – whether out of grace, or wickedness. The idea underpinning the city is collision. It’s what draws people in and pushes them away – an Uber only has to run a few minutes late to create a pocket of time in which you might find the love of your life, or at least the next few hours of it, waiting in a club or on a pavement. An Uber only has to arrive on the wrong side of the street to snatch that pocket of time back. But that’s okay. There are 45,000 Uber drivers in London, and tens of thousands more who earn their livings cruising the capital at night in Kaptens, Addison Lees, Bolts, Wheelys, ViaVans, Lyfts and the crab-like, antediluvian black cabs – the lumbering heritage option in a satellite-driven mega-city that is constantly exploding and reassembling itself.

The latest incarnation of the city is hard to read, and not something you can articulate. It’s been a while since it felt as though it were conceivable to lead a romantic life in London. Not a lower-case ‘r’, lovey-dovey, Richard Curtis type of romance. More an existence that is fully charged with possibility and ardour, and that feels bidden along by some unseen guiding hand. At night, when the roads are turned into mirrors by the drizzle, the capital still retains a great capacity to seem like a film set. But as one day slumps into the next, it’s not a seminal coming-of-age flick, or wanderlust bildungsroman that reveals itself in the glass. It’s a cruel and grimacing dystopia.

The thing that troubles me most about London today isn’t what we observe going on around us – the beautiful pollution sunsets painted nightly by a dying climate, the hoarding of wealth by a spectral billionaire class, the pantomime tribalism unspooling endlessly on an infinite number of screens, The Fast Show’s Simon Day posting CCTV footage of his dog, Coco, being burgled from his home in Willesden Green – it’s the fact that the future always finds a way to make the past look quaint. Simply put, if life here is this onerous now, what will it become in the months and years ahead?

Unless you’re a hermit or a sociopath, it’s impossible to feel carefree in this modern London, the one with more drugs than the 1960s, more sex monsters than the 1970s, more self-obsession than the 1980s and more End Times ambience than the 1990s. Perhaps this is simply because We Have The Internet Now. There are days when the data pushes through you at such an intense and unforgiving pace it can feel as though your brain is a fuse rinsed to a nub, your synapses a collection of cut cables thrashing and sparking in the wet box of your skull. But it feels like something larger and more enveloping than that – some shift in the emotional and atmospheric tectonics, the near-inescapability of a world set up to tease you relentlessly.

‘You Were In Love’ is a song that was written on a downward spiral. I hope to write one during an upward spiral soon. I hope they find Coco. I hope that all the lost dogs are found. I hope the black cabs don’t die and that the rain keeps falling. I hope the days start to stand up straight. I hope that in 2020 romance makes a comeback. It’s certainly a year with the right name for it. I’m glad when people fall in love. It’s just a culture shock. I hope the guiding hand returns. 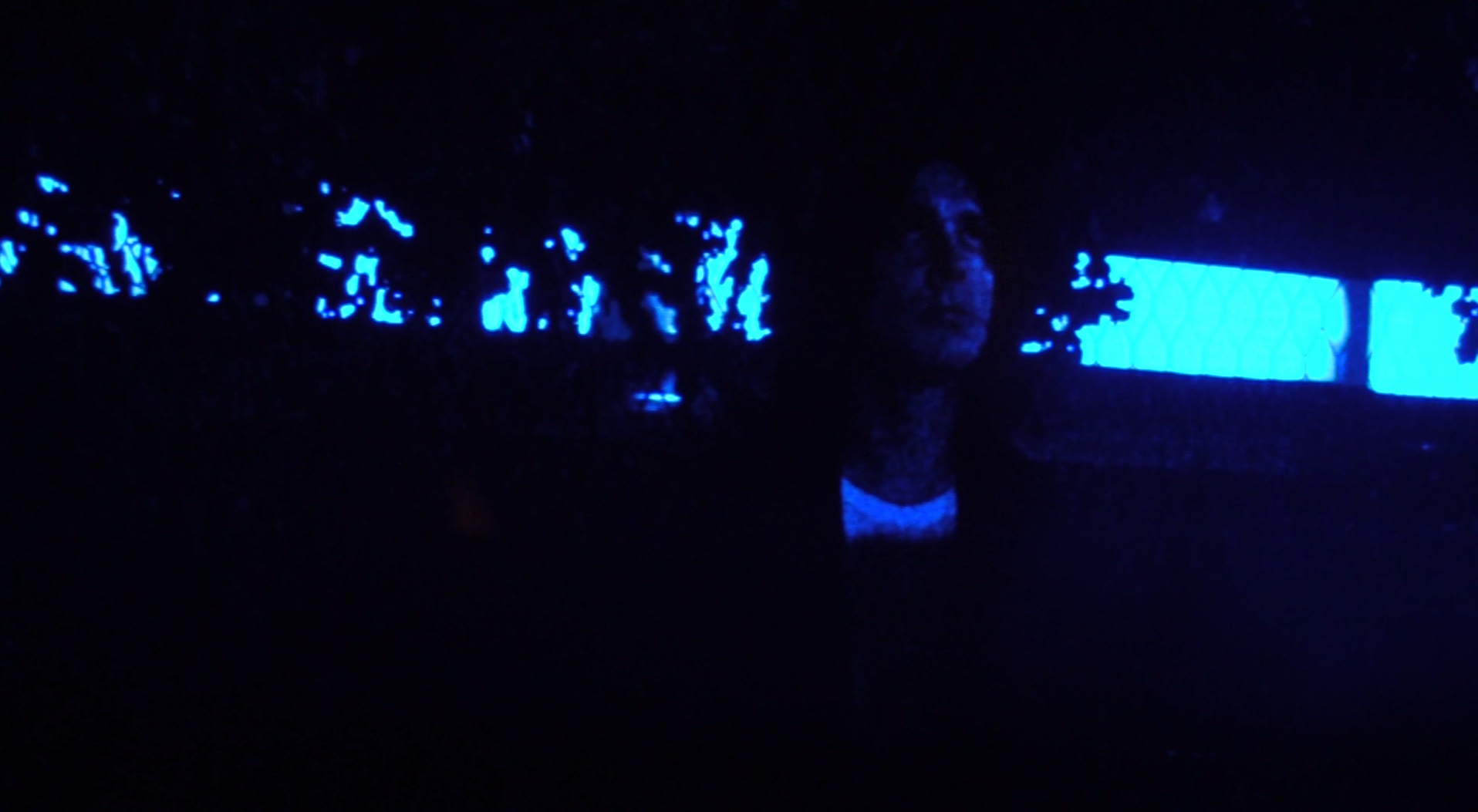 Real Lies are playing The Pickle Factory, London, on 12 December, 2019.

Linkedin
RELATED ARTICLES
OTHER ARTICLES
The action took place in response to the 200 asylum-seeking children who were placed in hotels run by the Home Office who have gone missing.
A new podcast is opening up the conversation between trans women and trans amorous men in the hope of building coalitions.
A new film from Berghaus traces the story of Adam Raja, who left behind a turbulent upbringing to discover the healing power of climbing.
AI companies that develop image-generators using copyrighted artwork from the internet are coming under fire from artists who say that it amounts to theft.
A recent High Court ruling against the right to wild camp in Dartmoor National Park sparked the largest land protest in history – and campaigners say their fight is not over yet.
Social prescribing connects people with non-medical support to improve their health and wellbeing – but some experts worry it’s just a stick plaster solution.