Art & Culture / Music / The return of the free dial-a-rave 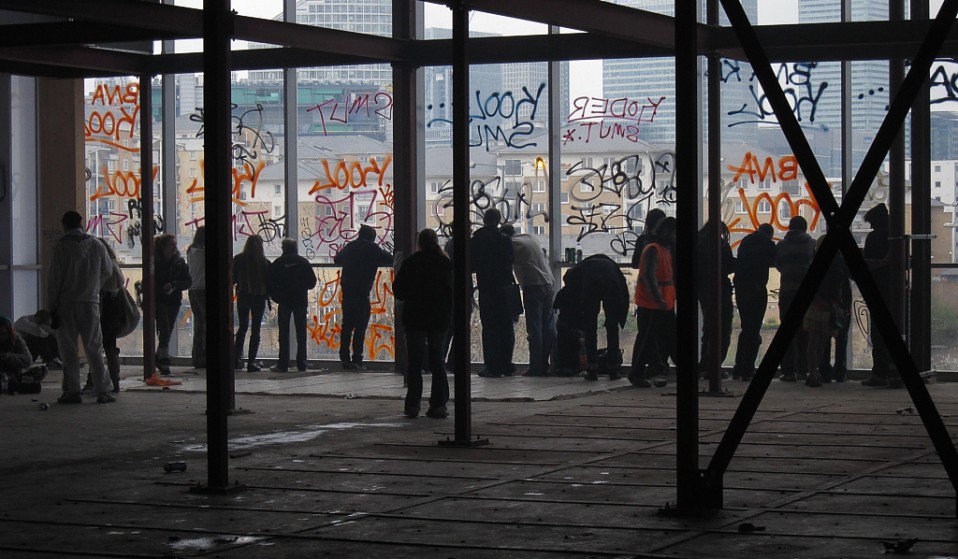 Red Bull Music Academy resurrect the free dial-a-rave in London on Saturday April 11. It's all on the down low, so read on to find out how to get involved.

Red Bull Music Academy resurrect the free dial-a-rave in London on Saturday April 11. It's all on the down low, so read on to find out how to get involved.

Raves were born out of necessity, like most of dance culture we know and love today. From their beginnings in New York, Chicago and Detroit, before they swept across the Atlantic to Europe and beyond, these illegal disco parties have served as homophobia-free, racism-free, and sexism-free havens from the mainstream.

Unconventional off-the-grid spaces – rent houses, lofts, factories, abandoned underground stations, patches of grass in the middle of nowhere – became audio sanctuaries. Who you fancied or how you looked or where you came from didn’t mean a goddamn thing.

You didn’t know the line-up. You didn’t know whether your best friend’s ex-boyfriend’s sister’s cousin’s mother’s pet turtle was ‘maybe’ attending. You didn’t even know exactly where the party was. Here’s what you did know: a date, a city – possibly a meeting point near a motorway, if you were lucky – and a telephone number.

This year, Red Bull Music Academy are paying homage to those halcyon days, and throwing a free dial-a-rave in London, Saturday April 11, 10pm – 4am. Lineup and venue tba on the day.

For more information on the 2015 RBMA UK/NYC tour and to find what’s happening near you, check out Red Bull Music Academy.

Linkedin
RELATED ARTICLES
OTHER ARTICLES
AI companies that develop image-generators using copyrighted artwork from the internet are coming under fire from artists who say that it amounts to theft.
Theo McInnes’s photos of the annual event provide an intriguing snapshot of contemporary Britain.
A new law change is enabling Britain’s donor-conceived children to know the truth about their origins – but campaigners say the fertility industry must do more to protect people.
After blocking the Scottish government’s gender recognition reform bill, Westminster is now devising further changes to the law to make it harder for trans people to self-identify.
After building his reputation covering the US civil rights movement in the 1960s, the photographer went on to produce some of the most enduring images of the past century.
Photographer Becky Tyrell went down to the fading banger and stock raceway to meet a community desperate to keep it alive.