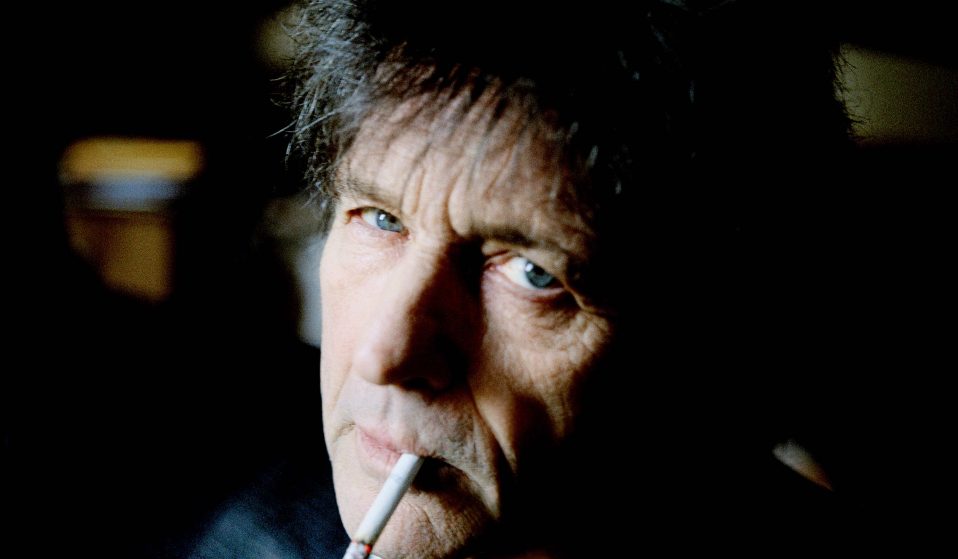 The Heldon founder reflects on his journey – from lending Jimi Hendrix guitar strings as a teenager, to performing six shows a week in his 70s.

The Heldon founder reflects on his journey – from lending Jimi Hendrix guitar strings as a teenager, to performing six shows a week in his 70s.

Richard Pinhas is one of France’s seminal alternative rock musicians and an inadvertent godfather of electronic music. There had been musique concrète pioneers like Pierre Schaeffer and Pierre Henry before him, though Pinhas and his band Heldon took progressive electronica into uncharted realms where postmodern philosophy and intelligent sci-fi converged upon fertile, futuristic plains. Bureau B are re-releasing his 1979 synth opus Iceland this month, a soundscape of analogue electronic sounds and arcane mythology. This third solo album was apparently recorded during Heldon’s lunch breaks as they completed their final album, Stand By.

Electronic pioneers they might have been, but Pinhas was barely aware of what his musical contemporaries were up to. “The nascent French electronic scene wasn’t very good at that time, and I discovered German electronic music like Tangerine Dream and Klaus Schulze very late,” says the 70-year-old musician, speaking over the phone from his home in Nantes, France. “I ignored it all at first, and then journalists made me discover these other bands around ’74 or ‘75 – the only German band that I knew, and who I’d been in contact with, was Kraftwerk. I love Kraftwerk!”

He started playing guitar in the early ’60s at the age of 12, and during his teens he would visit London for a month every year, soaking up the sounds and checking out some of the finest bands of the psychedelic era before many of them took off. Richard became interested in electronic music in the early ’70s, the same time as he was studying at the Sorbonne. While at university, he developed a lifelong friendship with the French metaphysician Gilles Deleuze – the pair even collaborated in 1974 on Heldon’s debut Electronique Guerilla, with Giles laying some Nietzsche-peppered sprechgesang over ‘Ouais Marchais Mieux Qu’en ‘68’.

Richard was remarkably prolific for a 10-year period between 1972 and 1982, with many of those years overlapping with his adventures in academia. Then came an unexpected interregnum that lasted almost a decade, largely due to depression. “Time passed, I learnt to move forward again,” he says. The Frenchman returned to music in the early ’90s and has been productive since, often in collaboration with legendary noise musicians such as Merzbow and Stephen O’Malley of Sunn O))), avant-garde jazz drummer Yoshida Tatsuya and French electronic musician Etienne Jaumet. More recently, the COVID 19 pandemic has hurt him financially – “like most touring musicians” – but he’ll be back at Big Yaga’s Hut in London this April. In anticipation, here are the lessons he’s learned along the way.

You need luck to be a pioneer

“I was 21 or 22 when I started Heldon, and we just kept making albums. When we started we were all weird musicians; I was playing guitar and came to electronics a bit later. Composing music and the musical process are more important than being able to play well. Of course, you need to be at a certain level to do what you have in your head. I’m not a punk, I’m not against technicality, I just have enough technique to do what I want to do. By the time Heldon were making their last albums in ’78 and ’79, suddenly there were really good musicians like the bass guitarist, Patrick Gauthier – and François Auger, the drummer, was fantastic. But in the beginning we didn’t have that.

“My parents were not rich, but they were rich enough to pay me through my studies without me having to work. I think it’s important to state that. I was lucky enough that I had enough money to live, and then you can start to do the things you want to do. Also, in exchange for synthesiser sessions, I got free time at the Davout Studio in Paris, and eventually I had the key of the studio with the 16-track, and I could use it for free. That was a very big piece of luck. Studios at that time were very, very expensive. It cost up to €1,000 a day with an engineer, so my friends and I learned how to do all the engineering ourselves. It wasn’t difficult – if you have time, you can learn something step-by-step.”

“I met Jimi Hendrix at the Paris Olympia when I was 14. He was opening for a French starlet, and my friend who was the maître d’ at the venue knew I was a fan of Hendrix and that I used to go to England a lot where I would have seen him play live. I watched a lot of bands in London, including Pink Floyd with Syd Barrett with less than 30 people in the room. They played ‘Interstellar Overdrive’ – it was emotional!

“I had these special green Picato guitar strings that Hendrix used. My friend knew that whenever I was in England, I would come back with about ten packs of these very rare strings – they weren’t expensive but you couldn’t get them in France. Hendrix needed a spare set. I went to l’Olympia via the backdoor in the afternoon – I had the pack and I saw Jimi, and I was so impressed. Remember, I was 14 or something. And Hendrix was so, so happy. He said, ‘You’re groovy, man.’ Those were his words! He shook my hand, and he was really happy to get the strings he loved playing with. Sometimes there are things that you can’t find, even with money, so he was very happy to have them and he shook my hand for a long time. I didn’t wash my hand for a long time either!” 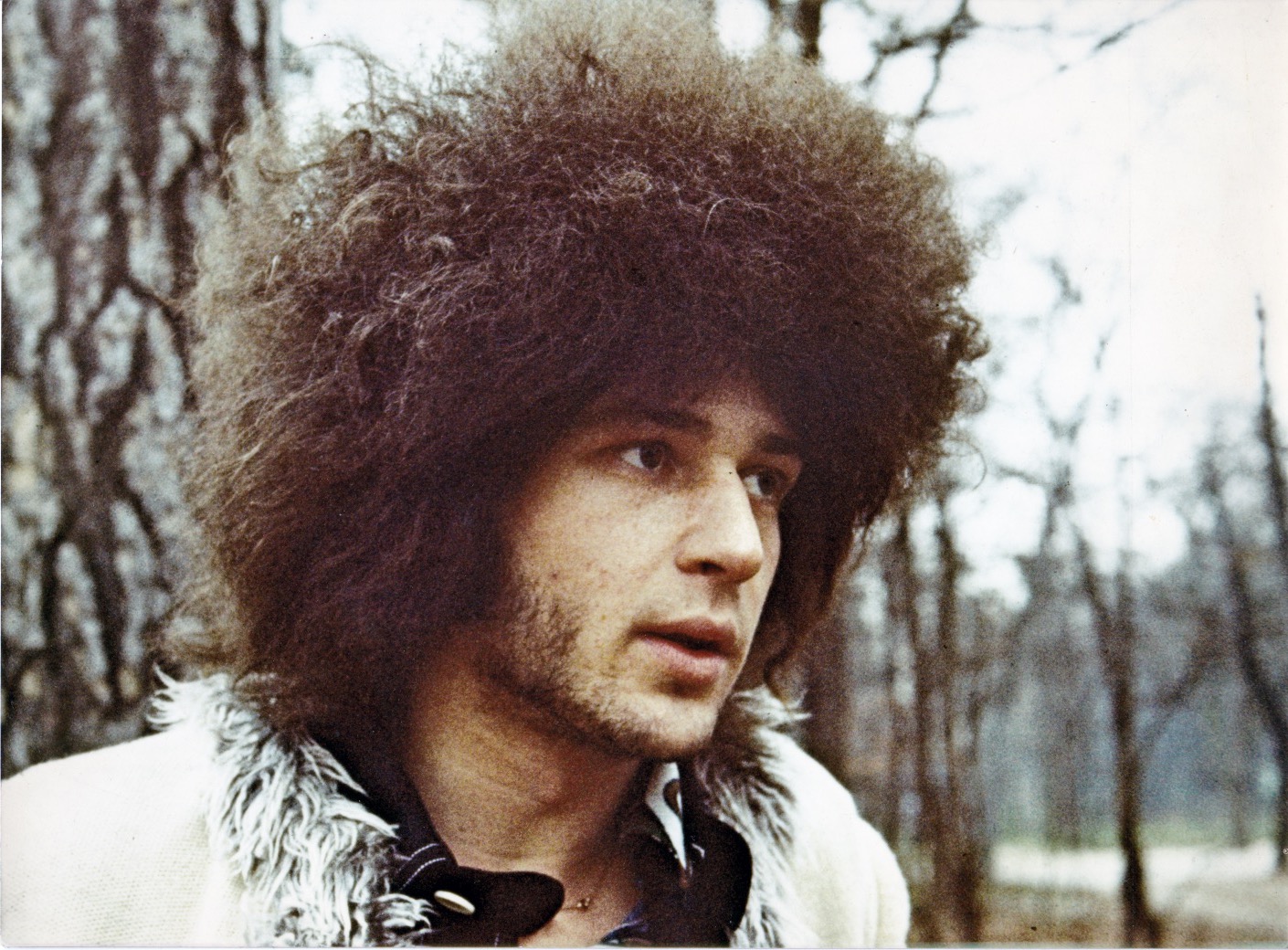 Nothing much has changed

“When May ’68 happened, I was 16, nearly 17. I was very much a part of the movement but I was still at the lycée [high school] – I wasn’t at the university yet. I celebrated my 17th birthday on 7 May at the barricade, when we were striking and challenging those in power, and celebrations went well into the night. I got my baccalaureate when me and four friends took the exams independently and we all got the diploma. At 17, I started my first year at university. In May ’68 I was very active, thinking mostly! Three or four years after that was when I started to get more serious about music.

“But we’ve had a kind of devolution rather than a revolution. It’s worrying because too many countries in Europe are becoming fascist now; it’s microfascism, really. People are becoming more right wing – that’s the problem with capitalism and with the internet; people don’t realise that they are opposing themselves. There was a big change in the 1980s, a big change in 2008, and now we have this very strange system in this brave new world. It might be easier to organise things now because you have the internet, but there are millions of pages on the internet of people trying to do something that nobody knows about. So nothing has changed.”

“At the end of the 60s and the beginning of the 70s, there were three main points of learning at university: Freud, Nietzsche and Marx. Gilles Deleuze, Michel Foucault, Jean Baudrillard, Jean-François Lyotard… they were all working on this. The first day I met Gilles, I was studying sociology with Baudrillard and at this point everything changed. I became very good friends with Deleuze – I don’t know why, because he was a master and I was very young and didn’t know anything about philosophy. Sometimes you have very good friendships, you never know why you’re compatible, it just happens.

“I spent ten years just doing music and philosophy. It was easy because I loved it. On Tuesday it was Deleuze, on Wednesday it was Lyotard, and for a time Michel Foucault and even Lacan. I was presented to Foucault by Gilles, and I went for two years to his lectures. I thought he was very interesting, but Gilles asked me to spy on Foucault to discover what he was talking about! They were friends, but there was still a rivalry. This was an incredible time in history that will not happen again; or not for centuries, maybe. To be around all those eminent thinkers at one time, it’s not something you decide, you’re just lucky to be born at that time.”

A prophet is not without honour except in his own town

“I stopped making music for nearly nine years because I went through a very deep personal depression. It came upon me for no real reason. I didn’t have an accident or any trauma, but in three days or three weeks I went into a very bad depression. At that time I thought that music was finished for me. I only kept one guitar – a very collectable one – and I had the conviction that music was finished for me so I sold up. I’d made so many albums between 1974 and 1982, both with Heldon and my solo albums, but remember, at this time, there weren’t home studios, you had to go to a proper studio and it cost a lot of money which was a real problem. Then eight or nine years later, labels from Europe, Japan and the USA all suddenly got in touch within about three months. I thought that people had forgotten about me. I made a bit of money and that put me onto music again. In the same way that I’d become depressed, when I got my life back, it all happened very quickly and within three days to three weeks I felt very normal and active again.

“Since then, I have toured more in the USA and Japan than I ever did before, and certainly more so than in France. For one concert in France, I can do 20 in Japan. I’ve done a lot with Merzbow, he’s a groovy guy, and we have another record we’ve made together that will come out later this year. In 1999, he decided that I had to do something. I’m not a Japanese extreme noise musician, so the way he and others opened things up for me has been a real honour. Now, in Tokyo or Osaka, we play six nights a week, sometimes together, sometimes as a trio with Tatsuya Yoshida. Before Covid, I played at the French embassy with Merzbow expecting 30 people to come. 1000 showed up, it was quite surprising! Japan’s way of making music is so extreme, so dedicated – it has impressed me very much over the last 25 years. It’s a discovery that has provided a new way of thinking about everything for me. An amazing discovery of life.”

Linkedin
RELATED ARTICLES
OTHER ARTICLES
A group of Ukrainians living in Poland are helping Ukraine withstand Russia’s brutal invasion by buying supplies and shipping them directly to the war’s frontlines.
Over the weekend, London locals came together to resist a pre-planned police raid targeting delivery drivers.
Following the release of his latest album God Don’t Make Mistakes, the rapper talks horror villains, police brutality and being unafraid to show his vulnerable side.
After news broke last week around an expected reversal of the 1973 landmark law that made abortion legal in the US, protestors gathered in the UK in support of American women.
Our new magazine is here, starring the inimitable Mitski. Order your copy now and join us on a trip around the world.
The government is scrapping the Human Rights Act in a move that will hit marginalised people hardest.