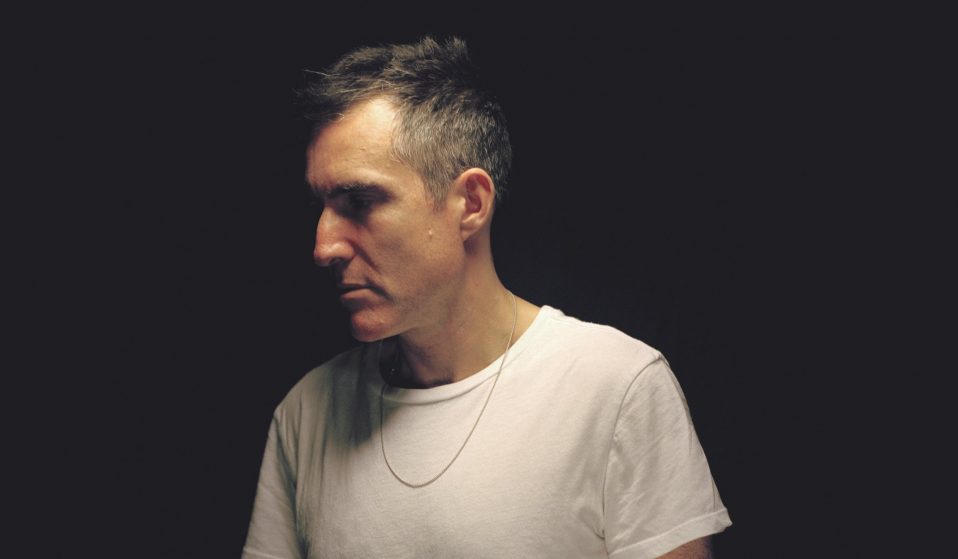 The head of XL Recordings has jammed several lifetimes into his 49 years. Here, he shares some of the advice he’s picked up along the way.

The producer, musician, writer, raver and head of XL Recordings has jammed several lifetimes into his 49 years. Here, he shares some of the advice he’s picked up along the way.

Richard Russell is not someone you can easily pin down. At 49, he’s packed several lifetimes into his time so far: XL label boss, record producer, DJ, musician, author, raver and one-hit wonder (as Kicks Like A Mule with ‘The Bouncer’ in 1992). It amounts to something of a charmed existence – albeit with some scary deviations along the way.

His first book, Liberation Through Hearing (out now via White Rabbit), takes us on an inspired journey from an Orthodox Jewish upbringing in the suburbs of Edgware, to millions of records sold with the likes of Adele, Radiohead, Dizzee Rascal, The White Stripes and The Prodigy. Along the way, Russell becomes a suburban b-boy, serves his apprenticeship at Island, lives for a time in New York, sets up a rave label, appears on Top of the Pops, produces a record with his hero Gil Scott-Heron and paints record sleeves with his feet alongside dub legend Lee ‘Scratch’ Perry.

His unfailing devotion to music in all its variegated glory, paired with an obvious curiosity and thirst for knowledge, makes Liberation Through Hearing compulsive reading. It’s not all a walk in the park though. In 2013, he was diagnosed with Guillain-Barré Syndrome, a rare neurological condition that effectively saw his body shut down. Russell writes honestly and movingly about the experiences he endured in that period and of his determination to recover.

As well as the new book, he recently released a second record under his collaborative nom-de-guerre Everything Is Recorded, a concept record called Friday Forever featuring everyone from Ghostface Killah to Penny Rimbaud. The record – which details a big night out and the consequences of the morning after – takes on a surreal added dimension, having been released mid-lockdown. “Though the album came out at peak Covid, [it] didn’t feel out of place somehow,” says Russell. “Because it’s not really a straightforward record about hedonism. The night out aspect is really a metaphor – for what goes up must come down.”

To mark both releases, Russell sat down with Huck to share the lessons he’s learned along the way.

Be a fan above everything else

I am a superfan. It’s so important, and such an endless source of pleasure to be a fan of music. I also think, if you look at artists who endure, and you look at artists who are able to transcend eras and scenes, they themselves are fans and they have maintained their curiosity about music. I would say Thom Yorke is a very good example of that – here is someone who’s a listener to music. Why has Radiohead stayed more relevant than any other band coming from that era? Or take Jay-Z’s 4:44 record from a few years ago – that’s the first time a rapper of his age has made a really relevant record, because he’s a listener and a fan who knows what’s going on in music. I just think that’s massive.

I never made a rave album during that era, I only made tunes. Breakbeat hardcore wasn’t really an album genre, and perhaps the only album that has stood the test of time is The Prodigy with Experience. XL was one of a bunch of UK rave labels all making breakbeat within a scene and it was a very vibrant time – but there’s a point when you realise the scene has started to become commercialised, and it’s dying, and you have to do something else. In a way that mirrors the challenges a lot of artists have: if you want to have a long career you have to do something else.

The most original scenes are often the ones that blatantly nick the most stuff from other places. ’80s hip hop was all about borrowing things via samples, the hardcore breakbeat thing was the same. They were both scenes that ended up having a lot of influence on things that came after, and they’re seen as being very original. The threads are endless and it’s a dialogue: Afrika Bambaataa sampling Kraftwerk so German electronic music infects music coming out of the Bronx; or Herbie Hancock being influenced by Malcolm McLaren’s ‘Buffalo Girls’ and making a hip hop record. It all depends on how it’s done and with what degree of respect – it’s about getting the right balance between reverence and irreverence. 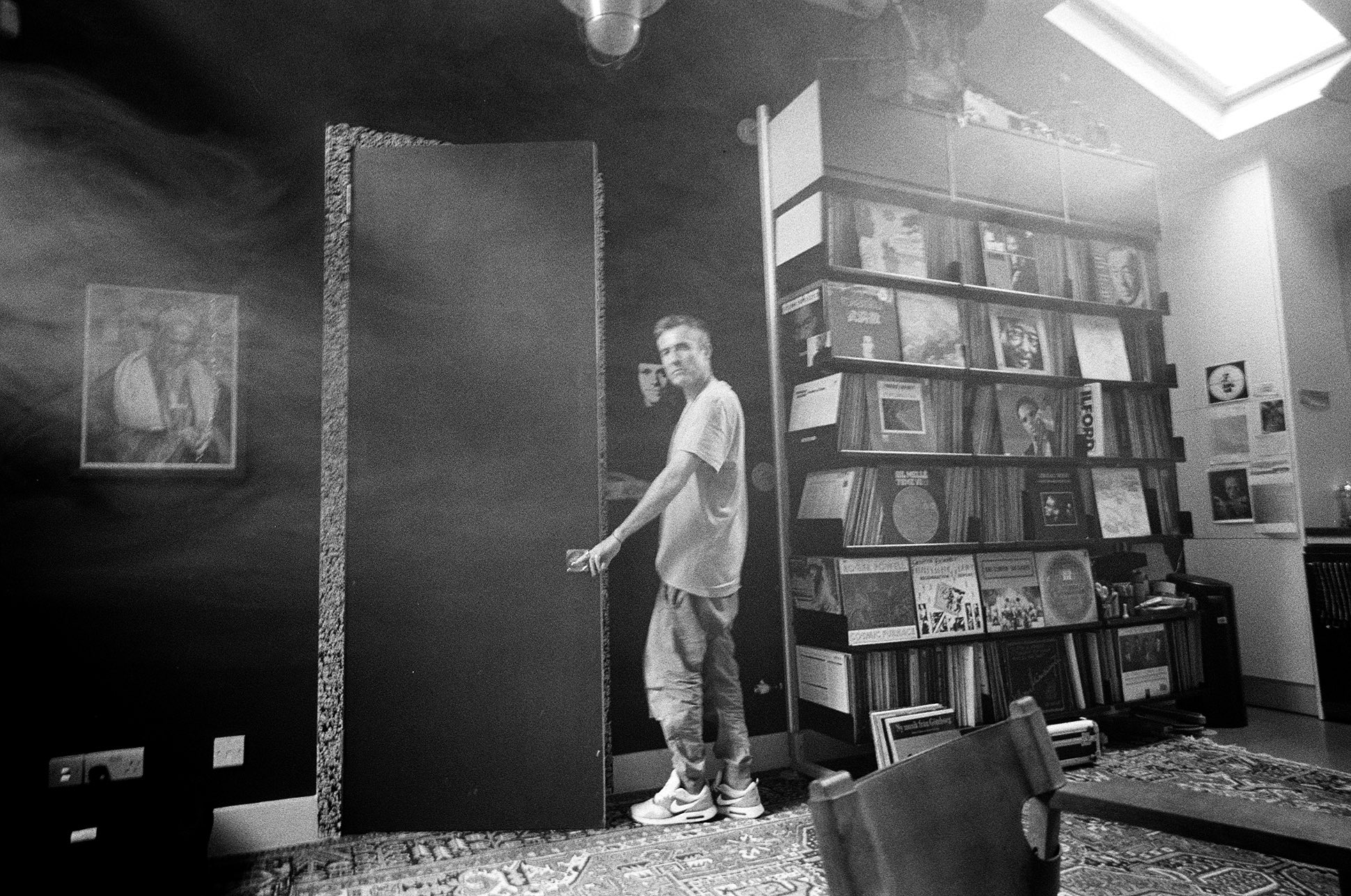 Having had this upbringing where organised religion and Orthodox Judaism were part of my upbringing, I had to reject religion in all its forms. But then I found atheism was no more satisfying and didn’t sit well with me either. I sort of gradually, particularly on the back of mental health struggles in my 20s, became very interested in religion again. I began to see a bit of a connection between music and spirituality. Obviously there are overt connections between music and spirituality, but there are also more subtle ones. For me, music making was always a transcendent experience and still is. The western media has become cynical about anything religious or spiritual, and there’s a reaction against that now amongst younger people because there’s a need for something. Capitalism has run out of steam.

Don’t run out of world

I think there is this very deep-seated drive that does relate to immigrant heritage. Being a second-generation immigrant, and also growing up in the suburbs and being somewhere really boring, can fill you with a desire to escape, and to run, and to keep running. I talk about [the artist] Robert Rauschenberg in the book, who was this pioneer of the cut and paste – the collage approach. When asked once what his greatest fear was, he said: “That I would run out of world.” I think, in Edgware, I ran out of world very quickly. But it was alright because I got on a tube.

Keep doing what you’re good at

I can’t regret that I stopped making music for a while. Because in making that sacrifice, I did fully focus on making the label – and the label has endured, and does something good. But it was definitely injurious for me personally, because if you lose your outlet as a creative person, that tends to have a negative effect on you. If someone grows up playing the guitar, it’s a very good idea to keep playing the guitar. If you stop you will be losing something significant. It’s an extremely good idea to nurture any abilities we have and protect them. You’ve got to be grateful for any ability you have – you never know what it might lead to in your life.

Remember: art is unimportant next to life

I think probably the single most profound bit of advice that I ever had from anyone was from Gil Scott-Heron. It was in a letter that he wrote me. It was the end of the letter and he said, “Take care of your family, maintain your calm and stay safe, everything else will be alright.” That felt pertinent, especially at the moment. There’s a quote I’ve got on the studio wall from Bob Dylan which says, “Art is unimportant next to life.” Obviously, this is someone who’s made as much great art as any living person. Yet he’s still able to say that as important as art is – and it’s incredibly important to many of us – it’s unimportant next to life. That’s a useful thing to bear in mind sometimes. 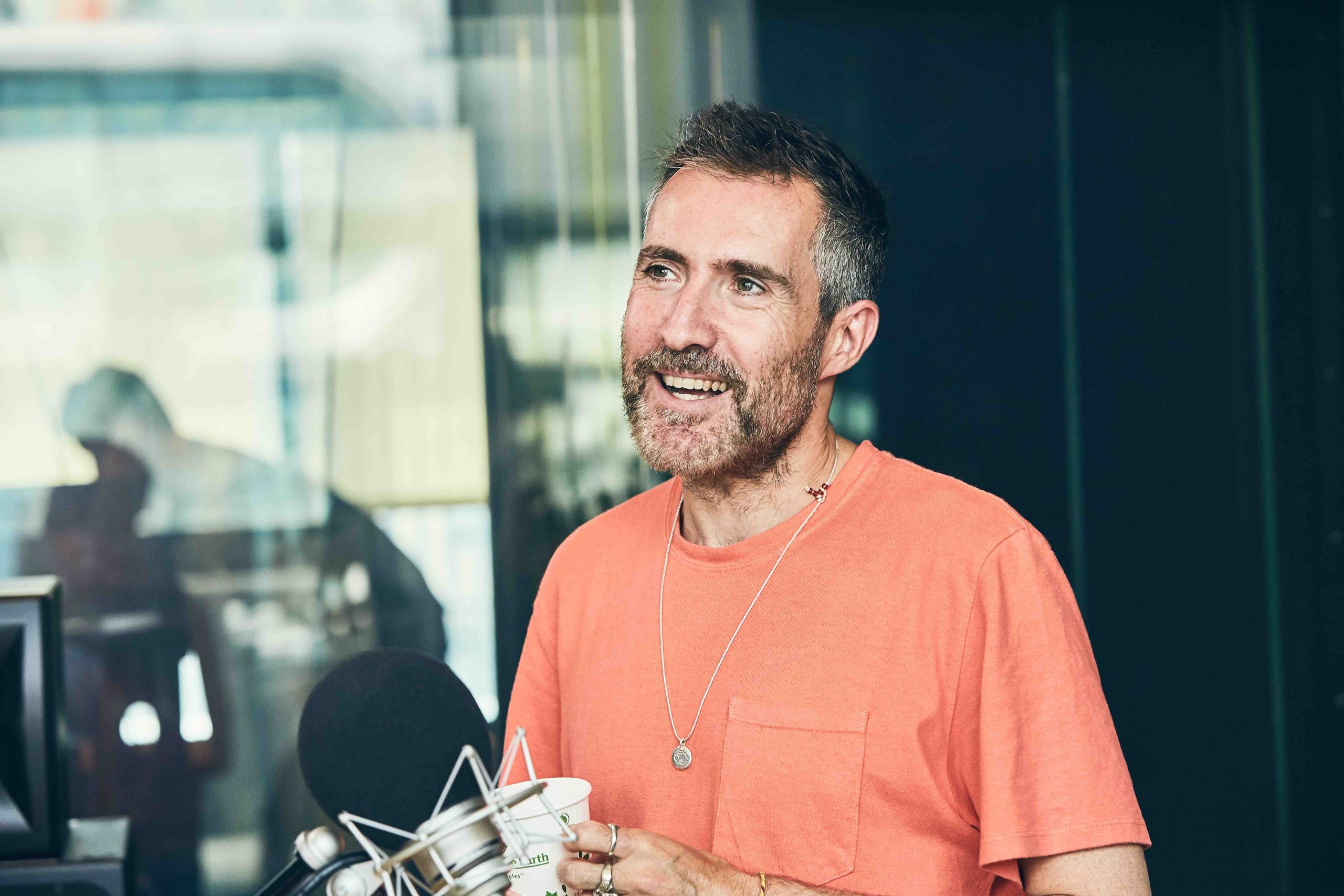 Linkedin
RELATED ARTICLES
OTHER ARTICLES
By turning a real-life crisis into daytime television fodder, TV bosses have once again shown themselves to be completely out of touch with audiences.
Following the announcement of an 80% hike in the energy price cap from 1st October, crowds gathered outside the offices of energy regulator Ofgem to protest and declare their intention to undertake a payment strike.
The two-day long event returned to London this year, showcasing a spectacular parade, steel bands and Caribbean food.
In his 2008 series, the photographer pictured himself as Angela Davis, Martin Luther King Jr., Malcolm X, and other prominent figures.
A 37-year-old woman shares how her abortion led her to become a clinic worker, and the abuse she’s received in that role.
Ahead of the release of their first collaborative album, the producer and rapper talk psychedelics and the state of UK hip hop.