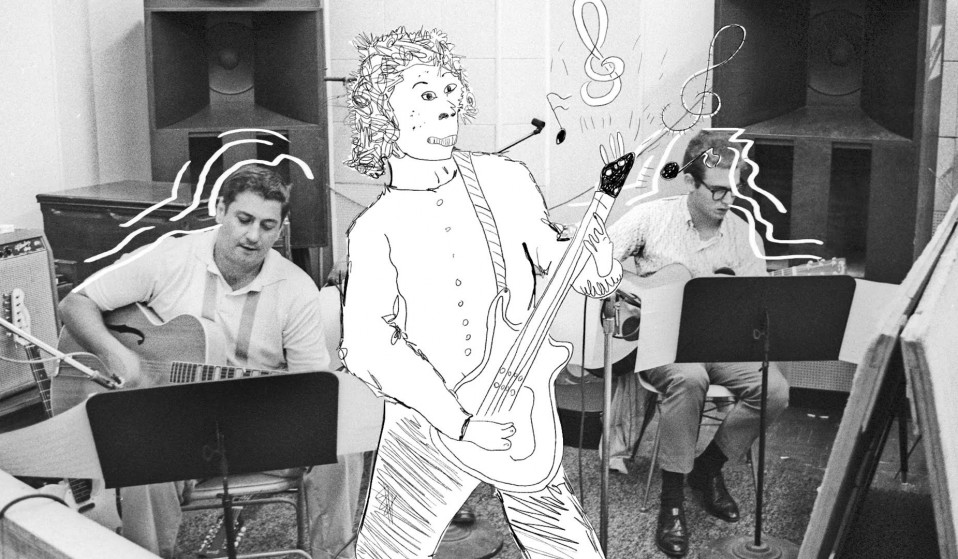 A new film tells the true story of ’60s psychedelic folk star Richard Atkins, who disappeared after suffering a manic episode in one of his early showcases.

A new film tells the true story of ’60s psychedelic folk star Richard Atkins, who disappeared after suffering a manic episode in one of his early showcases.

In 1968, Richard Atkins was headed for the apex of the the music industry. With an album produced by Mercury Records and loaded with celebrated musicians of the time, the musician was all set to be the toast of California.

However, after what can only be described as a disastrous gig – where Atkins suffered a manic episode in front of industry executives – he wouldn’t play onstage again for another 40 years. Now, a new short film made by Brooklyn-based documentary-maker Matthew Salton asks the question: What happened to Richard Twice?

“I met Richard through my Dad, who saw him at an open mic spot outside of Seattle,” says Salton. “My dad figured I could make a film about him, to help him get more gigs. After meeting Richard, however, I realised there was a deeply compelling story to tell.”

The story really begins around 1966, a few years before the fateful show, when Richard Atkins suffered the trauma of losing a leg in a motorbike accident. “I was hitchhiking on my way to work when a friend picked me up,” Atkins tells me, in a heedful tone. “We were coming down Burbank Boulevard and I just remember my friend flying off the front of the motorcycle”.

Atkins would wake up in a hospital bed days later, a limb down and an interrupted life ahead. Music – the guitar, in particular – would be his salvation. “I had never played the guitar before,” recalls Atkins. “Never sung a note or put a rhyme together. Whenever I’d wake up in the middle of the night though, with this excruciating pain, I’d reach for the guitar and start playing.”

After the injury, Atkins’ musical ascendance was as miraculous as his physical. Within two years he went from being able to play two chords to recording at the studio of Mercury Records with Louis Shelton from The Monkees and Ron Tutt (Elvis Presley’s drummer).

Atkins was part of a collective of musicians that became known as The Wrecking Crew, who were being groomed by Mercury in the South California area with designs for the top. Around this time, Richard Atkins was hanging out at Paul Newman’s house, shooting pool with the likes of Robert Wagner. Then came the gig that for all intents and purposes ended Richard Atkins’ career. 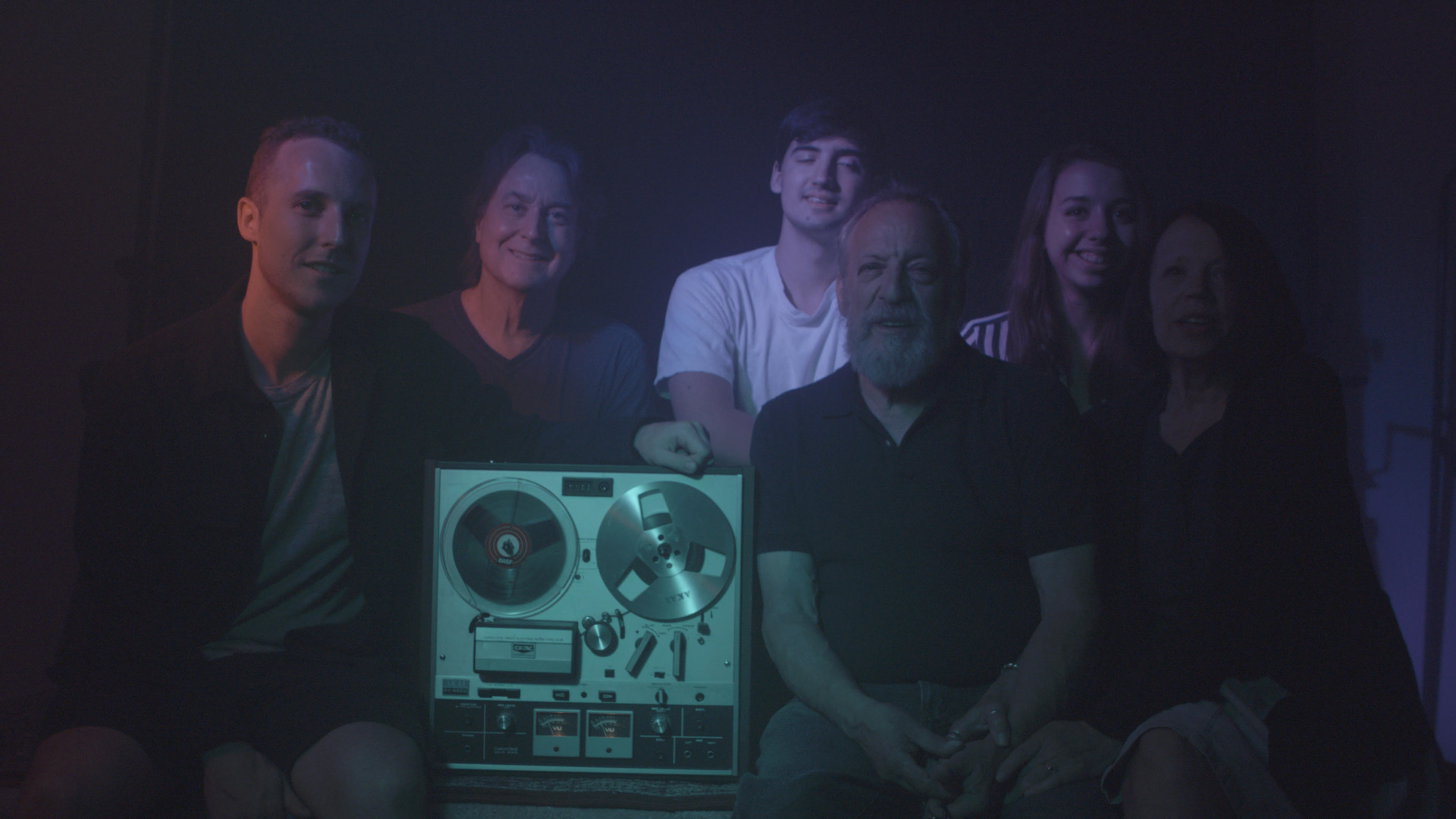 With only a week of live shows behind him, having just cut Richard Twice, his debut record, Atkins was booked to play a showcase for the music industry. Anyone of significance was to be in that room, that night. “We got on stage and it was quiet. You could hear a pin drop,” he remembers.

“We went to start playing and no music came out of the speaker. Rick, my bassist, turns to me and says, I’ll always remember it, ‘There’s something wrong. Take it Rich?’”

Atkins paints a picture of deathly awkwardness, which the warped, psychedelic etchings of Matthew Salton capture with aplomb. Thinking on his feet, to draw a laugh from the crowd, Atkins recalls a moment of magic that turned to tragedy. “I figured I’d do the Bugs Bunny shuffle. This is gonna crack everyone up.”

Atkins drew a blank. Afterwards, from song selection to audience reaction, the ill-fortuned troubadour didn’t recall anything of the show.

At this point in Salton’s film, the action switches from animation to contemporary interviews with Richard Atkins, who almost immediately disappeared from the music industry after the performance to pursue a life as a carpenter. “It ended just like that. I didn’t listen to the radio or music for years. I just did my job. I almost still can’t let it go.” 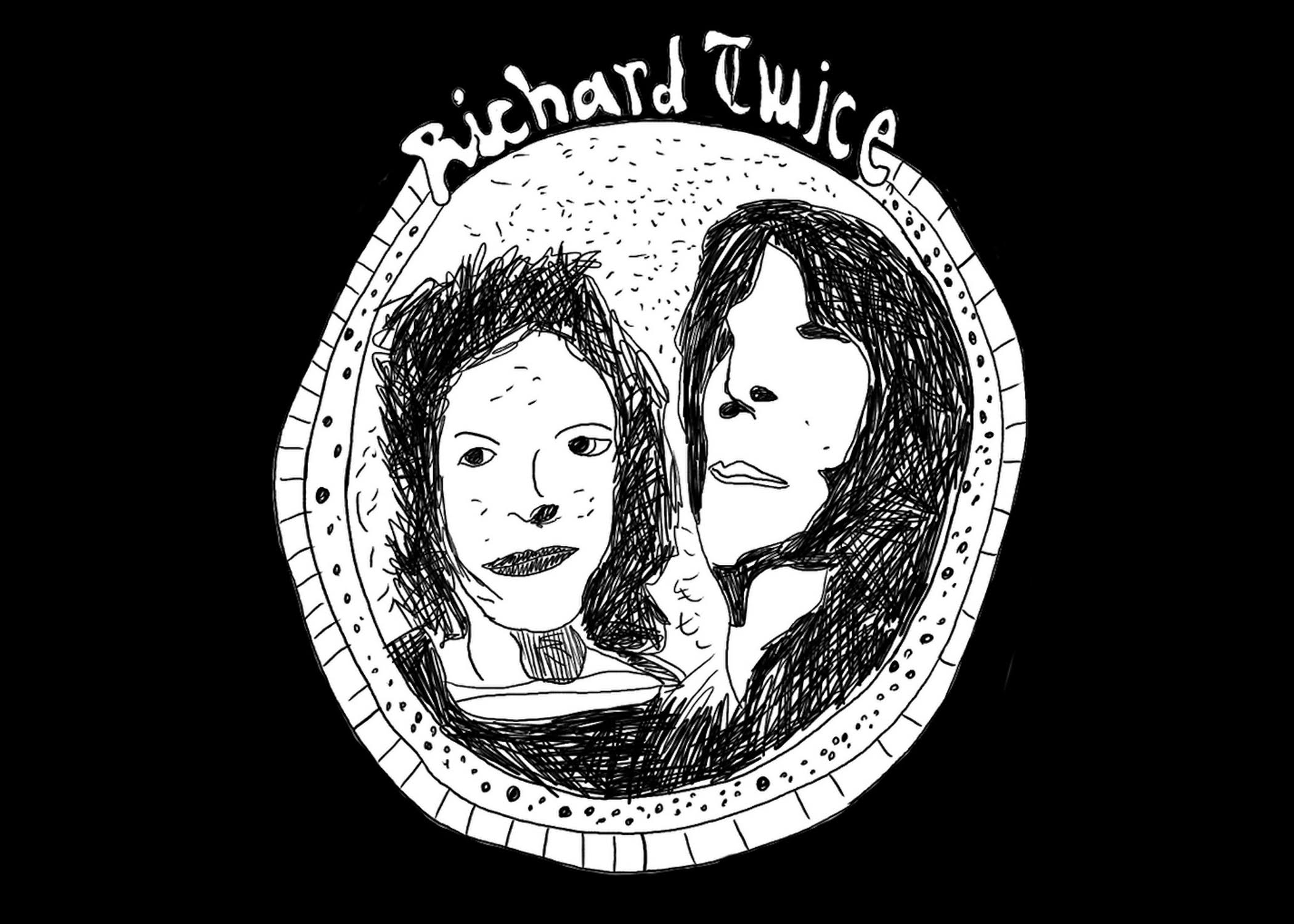 Atkins had a curious period working as a songwriter for other artists, where he ended up being managed by none other than Goldie Hawn. Hawn had heard him playing alone in an abandoned yard behind her Beverly Hills Mansion one morning. After hearing his music, she offered him representation on the spot. “Goldie was my manager for six months. I wrote some songs for her and Warner Brothers, but she was still young at the time and had to focus on her own career.”

Matthew Salton’s film encapsulates the sadness of Atkins’ story, yet offers a snapshot of hope, as we’re treated to footage of Richard playing guitar in his woodshop, singing ballads that sound as pertinent and beautiful today as they would have in the 60s.

“Richard had forgotten many of his own songs and lyrics but over the course of the year filming, he relearned much of it and performed for me in front of the camera,” Salton says. “I knew that it was going to be the perfect way to end the film and bring his story back full circle.”

Like Searching for Sugarman, Richard Twice is a rags-to-riches-to-rags music story of epic power. But will Atkins’ fable have the fairytale ending that Sixto Rodriguez enjoyed, with a new recording contract and sellout tours?

“I lost all my contacts in the music industry,” says Atkins. “I’m not connected anymore.”

“I have been playing some shows around the Seattle area, though. I’d be up for touring if people wanted to see me play.”

Richard Twice will be screened at DOC NYC and Cucalorus Film Festival this month, in November. You can also stream it in full above.

Linkedin
RELATED ARTICLES
OTHER ARTICLES
AI companies that develop image-generators using copyrighted artwork from the internet are coming under fire from artists who say that it amounts to theft.
As she gears up for the release of her first book, the 24-year-old climate activist talks standing up to authority and building a more inclusive movement.
Activists and campaigners are fighting back against new laws that would seriously undermine the ability to take industrial action, calling it an attack on fundamental workers' rights.
Theo McInnes’s photos of the annual event provide an intriguing snapshot of contemporary Britain.
Following the release of his debut single, Deyaz talks battling addiction, dealing with his struggles through music, and building a budding music career from his living room.
Photographer Becky Tyrell went down to the fading banger and stock raceway to meet a community desperate to keep it alive.