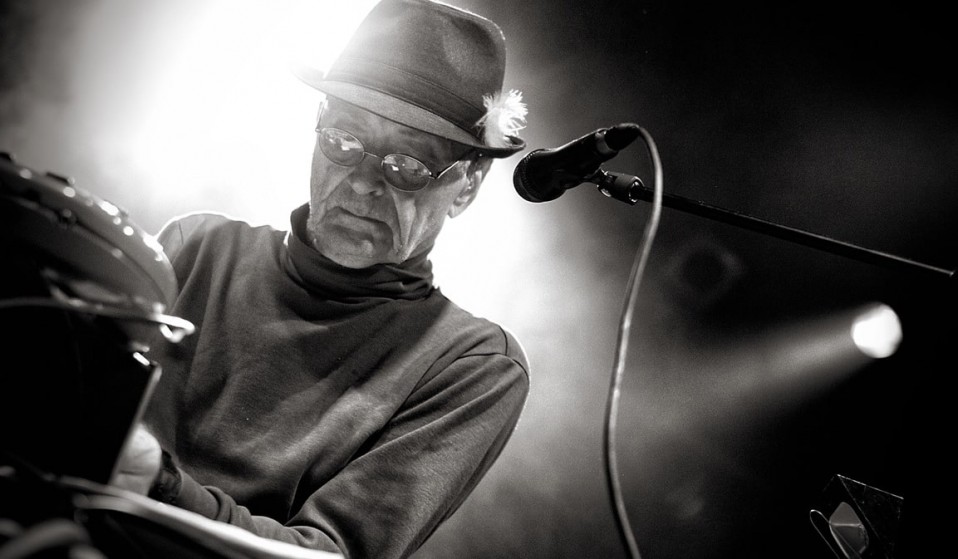 From '60s space cadets to modern-day mavericks, the far-out sounds of Silver Apples are finally getting due recognition.

From '60s space cadets to modern-day mavericks, the far-out sounds of Silver Apples are finally getting due recognition.

One night, at the Cafe Wha? in New York’s Greenwich Village, Simeon Coxe plugged in an old oscillator and inadvertently changed the course of electronic music.

His bandmates, however, were not impressed. One by one, the Overland Stage Electric Band’s three guitarists left in protest, leaving just Simeon and drummer Danny Taylor to create a psychedelic swell of rhythm.

This was 1967 and the birth of a short-lived but widely influential duo called Silver Apples.

At its heart was a homemade instrument that looked like a heap of futuristic contraptions – pedals and oscillators and switches and one booming speaker.

Onlookers called it the ‘Simeon machine’ – unplayable by anyone but is creator – which sounded like it belonged to another dimension. 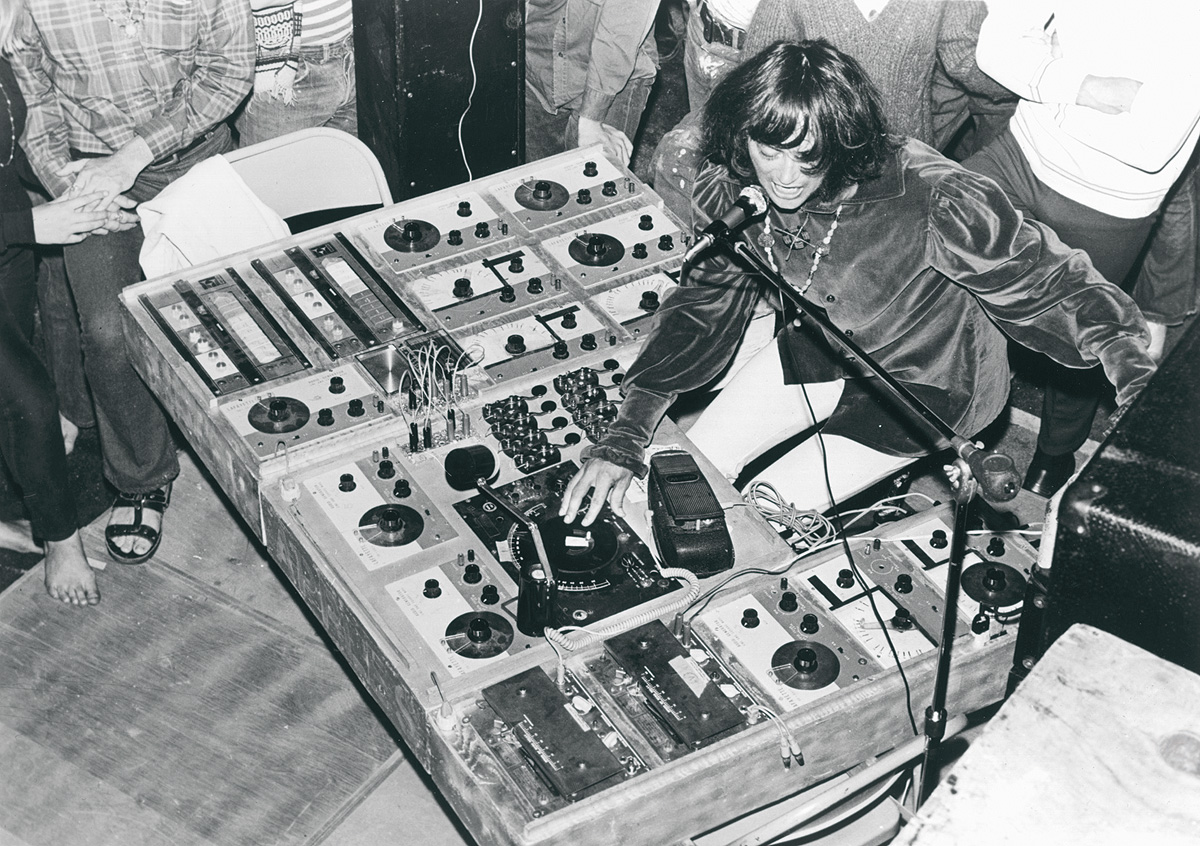 “I never understood why people thought it was so strange,” says Simeon now, recalling their signature sound.

“To me and Danny it sounded perfectly normal and was a normal progression into the areas we were trying to go.”

As pioneering as Silver Apples proved to be, the idea that they were misunderstood freaks operating on the fringes of the avant-garde is overly simplistic.

The duo’s first show saw them perform to 30,000 people in Central Park, providing a live soundtrack to the Apollo moon landing – broadcast on enormous screens beside them – as people took their clothes off in the rain. 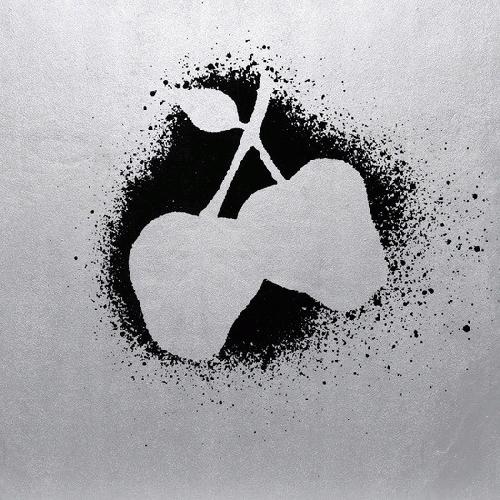 Silver Apples’ self-titled debut came out on Kapp Records (whose roster included Sonny & Cher, Louis Armstrong and Burt Bacharach) to moderate success, earning them a following in places like Cincinnati, Detroit and Philadelphia – where they scored a Top-10 hit with ‘Oscillations’.

“The word ‘outsider’ is one that’s been labeled on to me from the outside,” says Simeon. “I have never thought of myself that way.”

When it came time for the band to break out a little further, however, it all backfired. 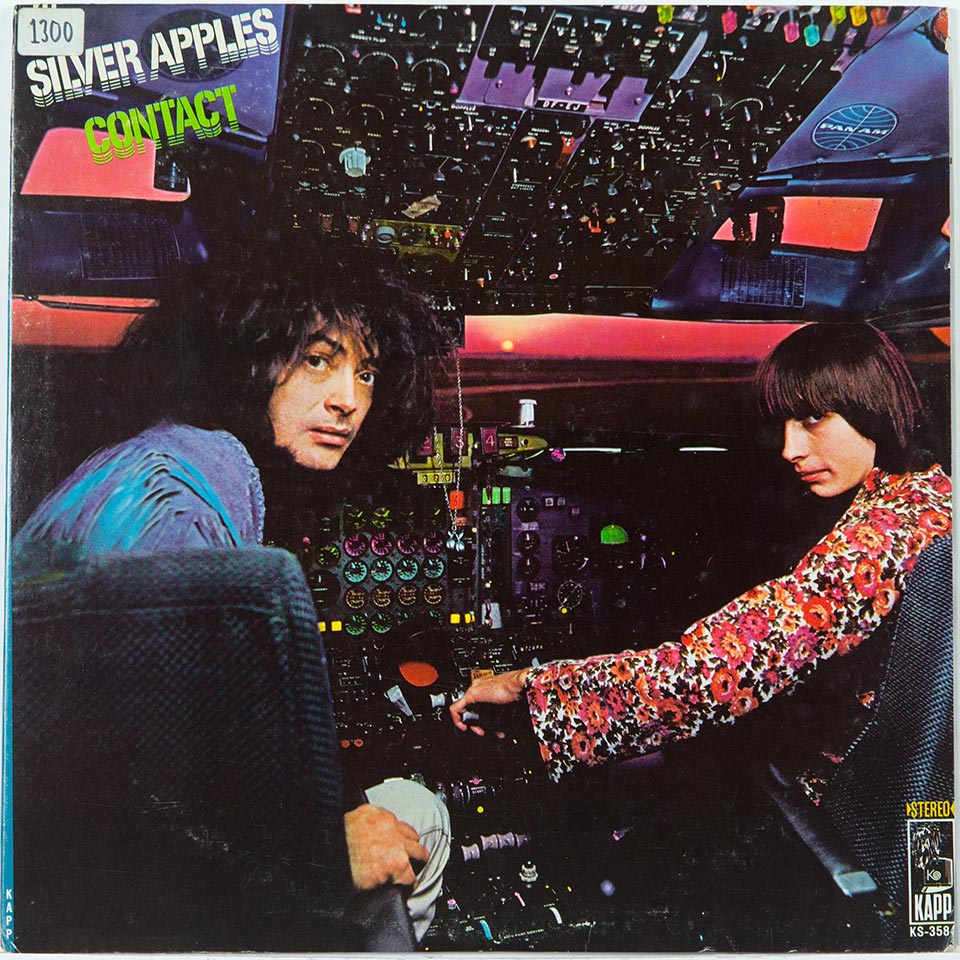 The artwork for Silver Apple’s second album, 1968’s Contact, featured the duo posing in the cockpit of a Pan Am airplane with drug paraphernalia… as well as the wreckage of a plane crash.

Pan Am were not amused. The airline sued everybody involved, forcing the album to be pulled from shelves. Silver Apples were banned from even performing it – a show at Max’s Kansas City was shut down by police – and the record label collapsed as a result.

A third Silver Apples album was recorded but no one would touch it, effectively making the pair pariahs within the music industry.

Simeon moved to Alabama and drove an ice-cream truck before moving into journalism; Danny took a job as a telephone repair man and later became a salesman for a hospital bed manufacturer. They gradually fell out of touch with each other and tried to get on with their lives.

“After the lawsuit, we just figured if we couldn’t be Silver Apples we didn’t want to be musicians,” says Simeon. “It had become that important to us.”

Unbeknownst to them, however, Silver Apples’ music managed to find a new lease of life: bootlegged among the underground, their sound earned cult status – celebrated by the likes of Portishead and Spacemen 3.

By the mid-90s, word eventually reached back to Simeon. A friend heard Silver Apples being played at a New York art gallery and called him in an excited panic.

A new ‘Simeon machine’ was assembled from scratch in 1996 as Silver Apples returned to the road, branching into new collaborations and recordings. It felt like they’d never left.

Then, in 1998, their tour van was forced off the road after a gig. The impact of the crash snapped Simeon’s neck in two places.

“I only overcame it through years of physical therapy and am still working on it today,” he says.

By the time Simeon felt well enough to perform again, in 2005, Danny passed away following a heart attack at the age of 56.

But determined to keep Silver Apples’ music alive, Simeon has continued to tour and record under the name – integrating Danny’s drumming (hours and hours of him practising survived on tape) so that he’s still right there with Simeon on stage.

Now that the world has finally caught up to Silver Apples, the 79-year-old has learned a few things along the way. 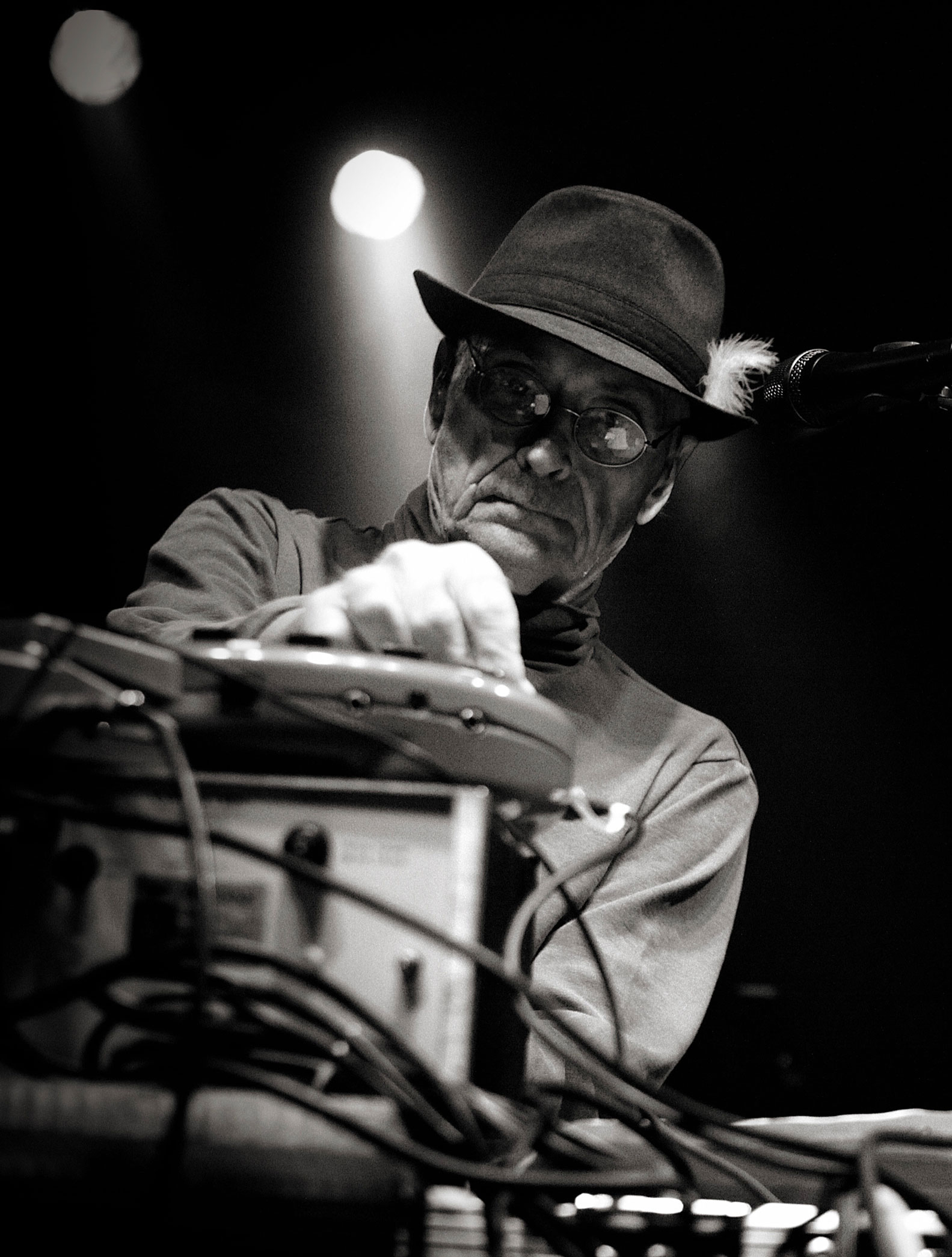 “You’ve got to figure out ways to do what you want to do in life,” he says. “I think Jackson Pollock inspires me more than anybody not because of his work so much as because of his attitude. He just did what he felt deep in himself was right.”

The one thing that drives Simeon is curiosity, he says, while the only state he feels comfortable in is one of complete independence.

“I think [the music] has probably gotten more complex because I am in fact still learning how to play my instrument as I go along,” he says.

“Every day I wake up trying to figure out how to unravel something new.”

Linkedin
RELATED ARTICLES
OTHER ARTICLES
Sean Maung’s photos are a love letter to the Black and brown communities that make up New York.
Thousands attended the annual event this year to wheelie through the city and call for ‘knives down, bikes up’.
Rhiannon Adam spent three months capturing an ageing society wracked by division, isolation, and the aftermath of scandal.
Rogue landlords are exploiting young and inexperienced renters and leaving them in mental and financial turmoil, reports Niall Hignett.
A 37-year-old woman shares how her abortion led her to become a clinic worker, and the abuse she’s received in that role.
As the Scottish government announces a rent freeze, an activist with Living Rent who fought and won shares how they did it, and what must come next.