Art & Culture / Music / How rock is shaping the new Mongolia

As Mongolia emerges from centuries of isolation, rock bands like Mohanik are helping a new generation find its voice and preserve its unique culture.

As Mongolia emerges from centuries of isolation, rock bands like Mohanik are helping a new generation find its voice and preserve its unique culture.

“Mongolia is like a toddler just learning to walk. And we’re walking into a new era,” explains Enerelt, bassist in the Ulaanbaatar-based rock band Mohanik.

After centuries as one of the most isolated places on earth, rock music played a key role in Mongolia’s transition from Soviet satellite to an independent, open, democratic nation. For the first generation born since democracy took hold in 1990, rock music is once again key to forging a new national identity in an ever-more globalised world.

Bands like Mohanik — the focus of Lauren Knapp’s fascinating documentary Live From UB — are at the forefront of this search for a new cultural identity and a truly Mongolian sound, fit for today’s world. 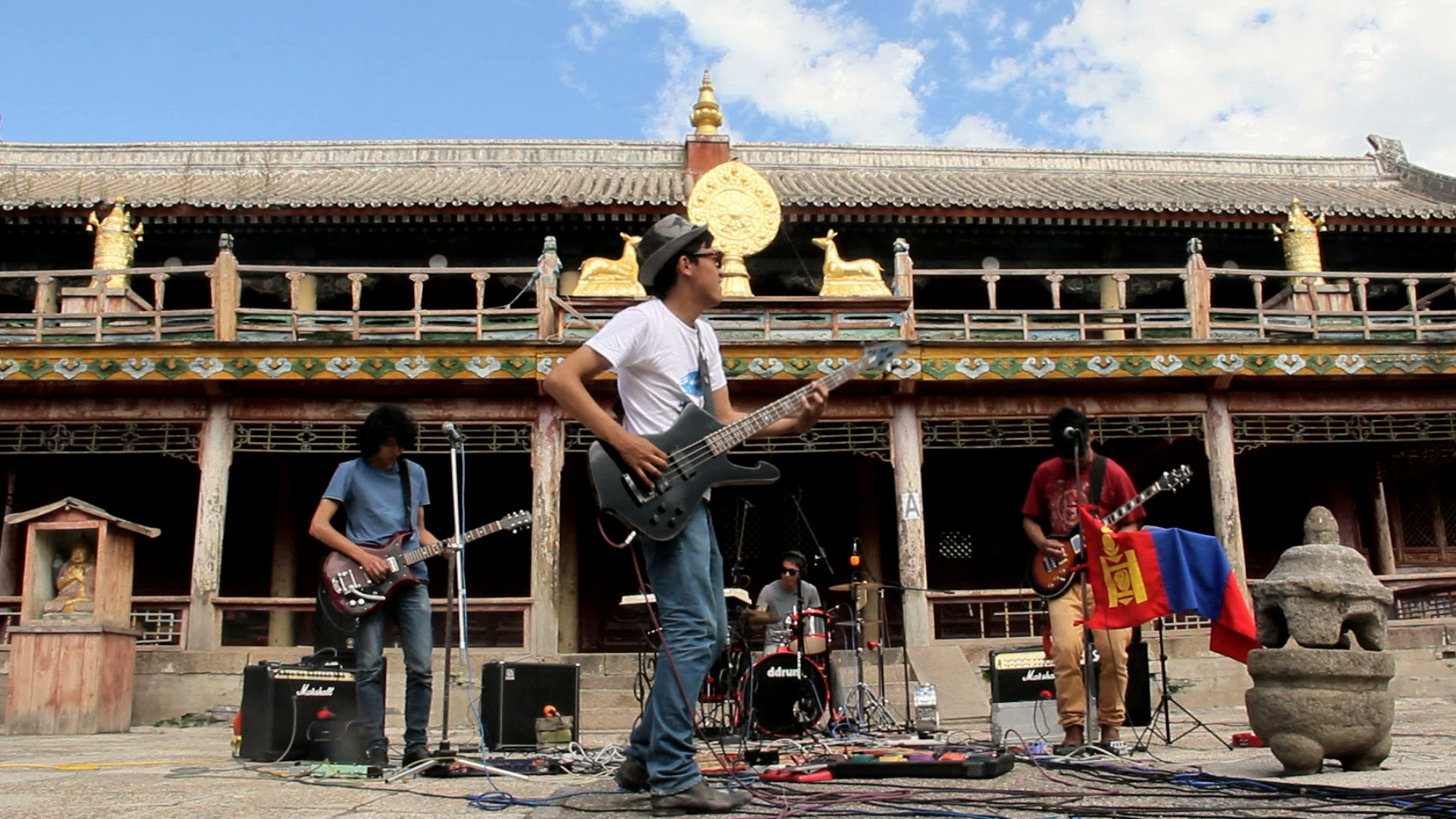 “At some point [cultural evolution] is inevitable, whether it’s good or it’s bad – it’s something that happens no matter what,” Lauren explains. “What I liked about the Mohanik story is their response to globalisation is so positive and pretty proactive. Mohanik are really able to take ownership of their culture, of the way they think about art and music.”

Live From UB follows Mohanik through the process of recording their new album and their attempts to blend rock influences from outside with Mongolia’s unique nomadic cultural heritage and connection to the land. Mongolia remains one of the most sparsely populated places on earth and Mohanik were conscious of capturing a sense of the country’s epic geography on their new album. They recorded outside, at a remote monastery and integrated traditional methods of instrumentation such as overtone singing and horse-head fiddle-playing into their music. 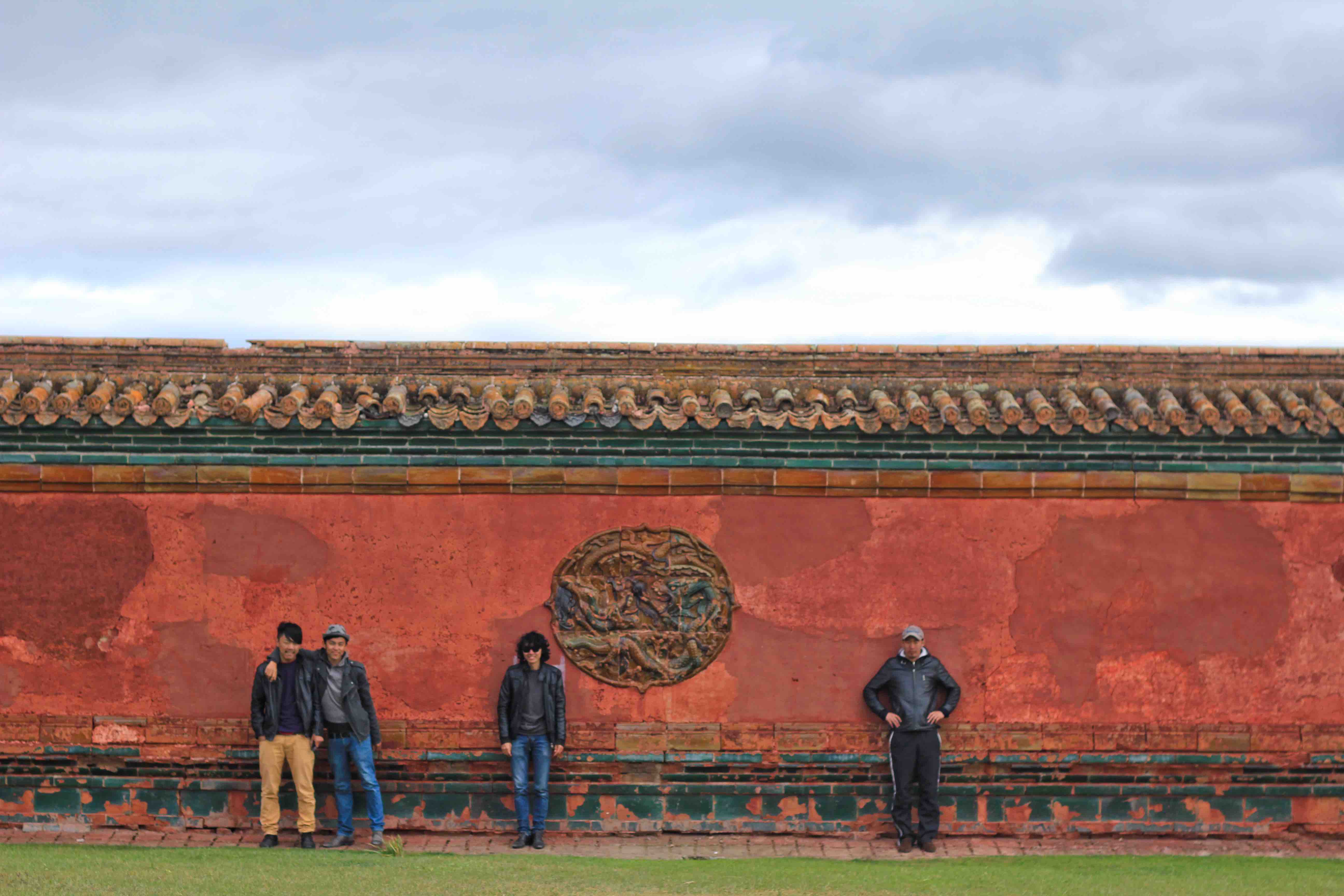 “Jack Weatherford, a Genghis Khan scholar explained to me that taking different parts from culture around the world is nothing new for Mongolia,” Lauren says. “Since the 12th-13th Century, they’ve been taking bits and pieces and adapting them into their own culture – and it totally works. Taking something from another place doesn’t necessarily mean that you’re losing something. But there is a strong sense in Mongolia today that they have a unique culture and history but there’s a real possibility of losing that. So people today are recognising that and coming up with interesting and unique ways to maintain their heritage.”

It’s a challenge shared across the globe as the spread of Western culture challenges more traditional forms. But bands like Mohanik, who are open to change, are embracing the best aspects of both to create something original but authentically Mongolian.

“They love Queen, Bob Dylan and they love amazing musicians from all around the world but they’re also proud Mongolians who are very aware of their unique culture,” Lauren explains. “So it’s only natural for them to try to find a sound that’s going to bring all of that together because that’s who they are. I think that’s the story of globalisation for a lot of people: trying to hold on to the unique parts of your culture and your history but finding a way to take these other forces and make them your own. Then you can reach back out to the rest of the world with something special that you created.”

Live From UB will be making its UK Premiere on Wednesday 24 February at 18.45, as a part of Asia House Film Festival, which runs 22 February to 5 March at venues across London.

Linkedin
RELATED ARTICLES
OTHER ARTICLES
Author Edward Banches dicusses his new book, which examines the hard rock and metal scenes in five African countries: Botswana, Togo, South Africa, Kenya and Ghana.
As she gears up for the release of her first book, the 24-year-old climate activist talks standing up to authority and building a more inclusive movement.
A recent High Court ruling against the right to wild camp in Dartmoor National Park sparked the largest land protest in history – and campaigners say their fight is not over yet.
The action took place in response to the 200 asylum-seeking children who were placed in hotels run by the Home Office who have gone missing.
Tristan O’Neill’s shots of dancers caught in moments of reverie at the height of rave’s golden age are a testament to the UK’s legendary club culture.
Theo McInnes’s photos of the annual event provide an intriguing snapshot of contemporary Britain.