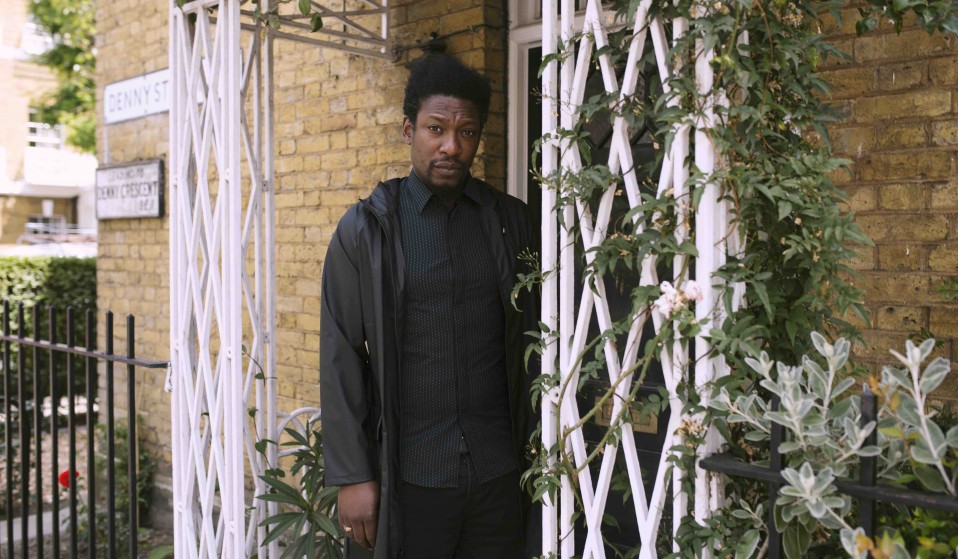 As Roots Manuva, Rodney Smith takes wild seeds scattered across the globe – from leafy suburbia to the streets of Jamaica – and grows something new.

As Roots Manuva, Rodney Smith takes wild seeds scattered across the globe – from leafy suburbia to the streets of Jamaica – and grows something new.

“The first thing was rap, rap, rap,” explains Rodney Smith on the genesis of his new album, Bleeds. “Just rap to everything and anything. Rap to a recording of Nice & Smooth, rap to a ringtone, record a whole song just through an old dictaphone, recording stuff through headphones, actually recording total gibberish. Endless takes of freestyle.”

Smith might just be UK hip hop’s brightest son. Since his first release as Roots Manuva, in 1995, the Brixton rapper has helped take the genre beyond a US import, innovating and collaborating with artists as diverse as The Cinematic Orchestra, Beth Orton and the Gorillaz, to show homegrown talent can carve its own path.

His 1999 masterpiece Brand New Second Hand took on meaty political and moral themes with the authority of a wise sage ­– a product, perhaps, of his Pentecostal upbringing –­ and showed ‘conscious rappers’ how not to take themselves too seriously by throwing in lines like, “slap the bacon out your mouth, dance upon your sarnie” alongside deeper discourse. Spattered with ragga and dub, it showed Roots Manuva was looking for inspiration far beyond the horizons of most other MCs and gave the album a genuine British feel by reflecting the sounds and rhythms that echoed around the concrete jungle of his South West London manor. 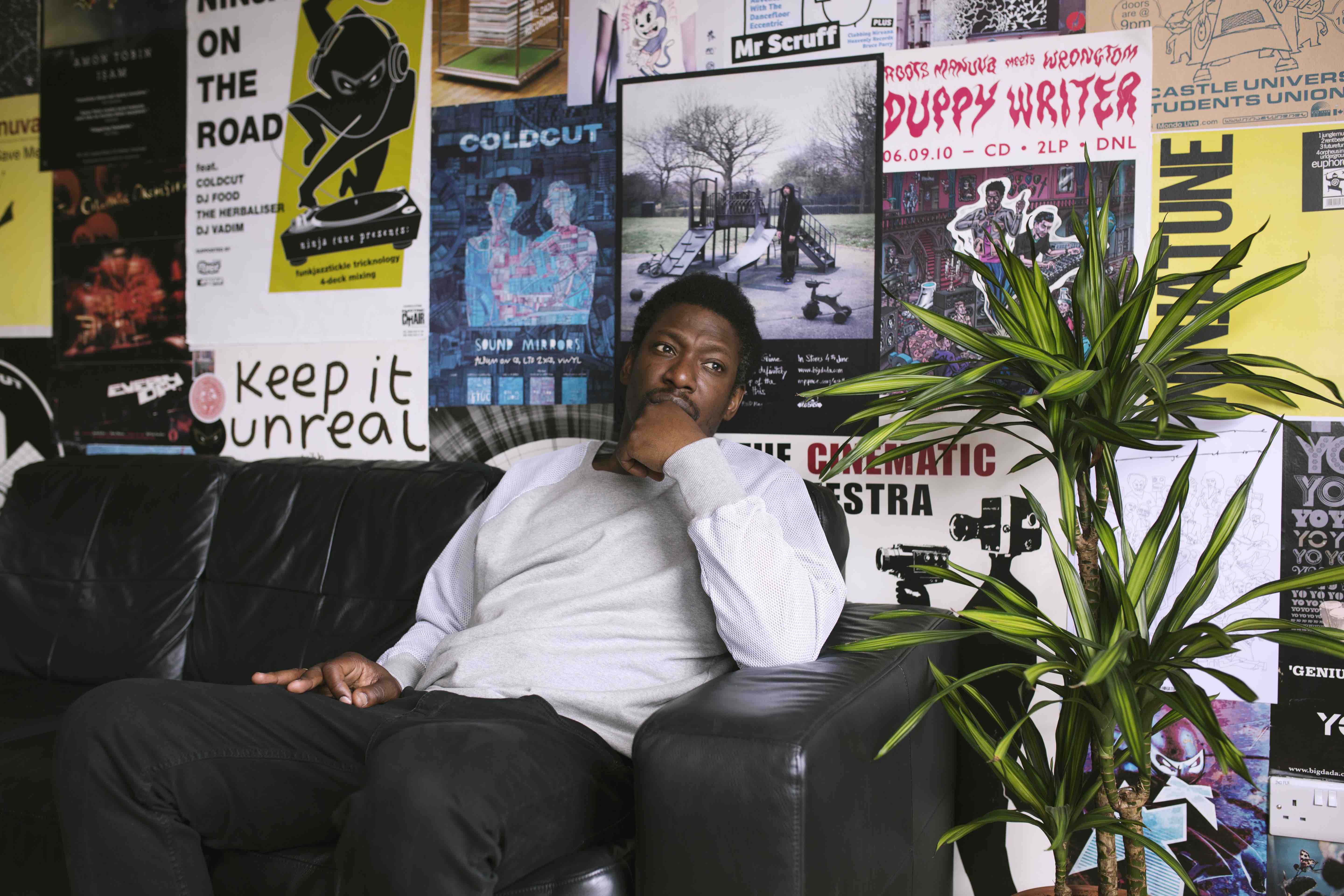 “[Growing up in Brixton] was bonkers,” he explains. “The whole sound system culture, pirate radios and people having illegal parties in their houses – everything was just squashed into this overpopulated place with all these things happening. You couldn’t possibly get away from music when I was a teenager. My parents went to church so there was a lot of gospel; the gospel was more like tap water to us. As a teenager I wasn’t all that interested, but the gospel is the route to a lot of funk and now I can appreciate that. My parents never played reggae so it became a kind of forbidden fruit that I heard from cars, next-door neighbours’ parties. I was really into the reggae side of things and the whole early semblance of dancehall.”

But Roots Manuva’s field of vision has always extended far beyond South London and that’s no accident. “Being invited to different places over the years has always just blown my mind, how people across the world can just gravitate towards what basically is just a bunch of noises in different orders,” he muses.

A few years ago, The Times newspaper declared Roots Manuva “the voice of urban Britain.” But, after becoming “someone who has stamped his foot into being a proper forty­something parent,” as he told The Independent this year, he recently left the gritty city behind for leafy Esher in Surrey, adding, “But in a parallel universe, I’m still in Kennington. London is still in my veins. [… ] The amount of time I have to travel around the world, it’s almost like I don’t live anywhere.”

The inner-city may be in his blood, but he grapples with the need to constantly update himself and avoid slipping into obscurity in suburbia. Travel has always informed Roots Manuva’s journey through new sonic universes and one experience in particular has always stayed with him. In Jamaica, he stumbled across a big public funeral celebration; ­one of the many events that take place in the days leading up to the final ceremony. “This band were playing this music that was so unlike anything I had ever heard before,” he remembers. “I don’t even know who they were, I don’t even know if they were Jamaicans. It just seemed so mystical, and it was speaking a language that seemed to speak [to me], but I didn’t know the language. People were telling me it’s not mento, it’s not calypso… just traditional music. It was just a different sound that I can’t describe that seemed to be the root of all music.” 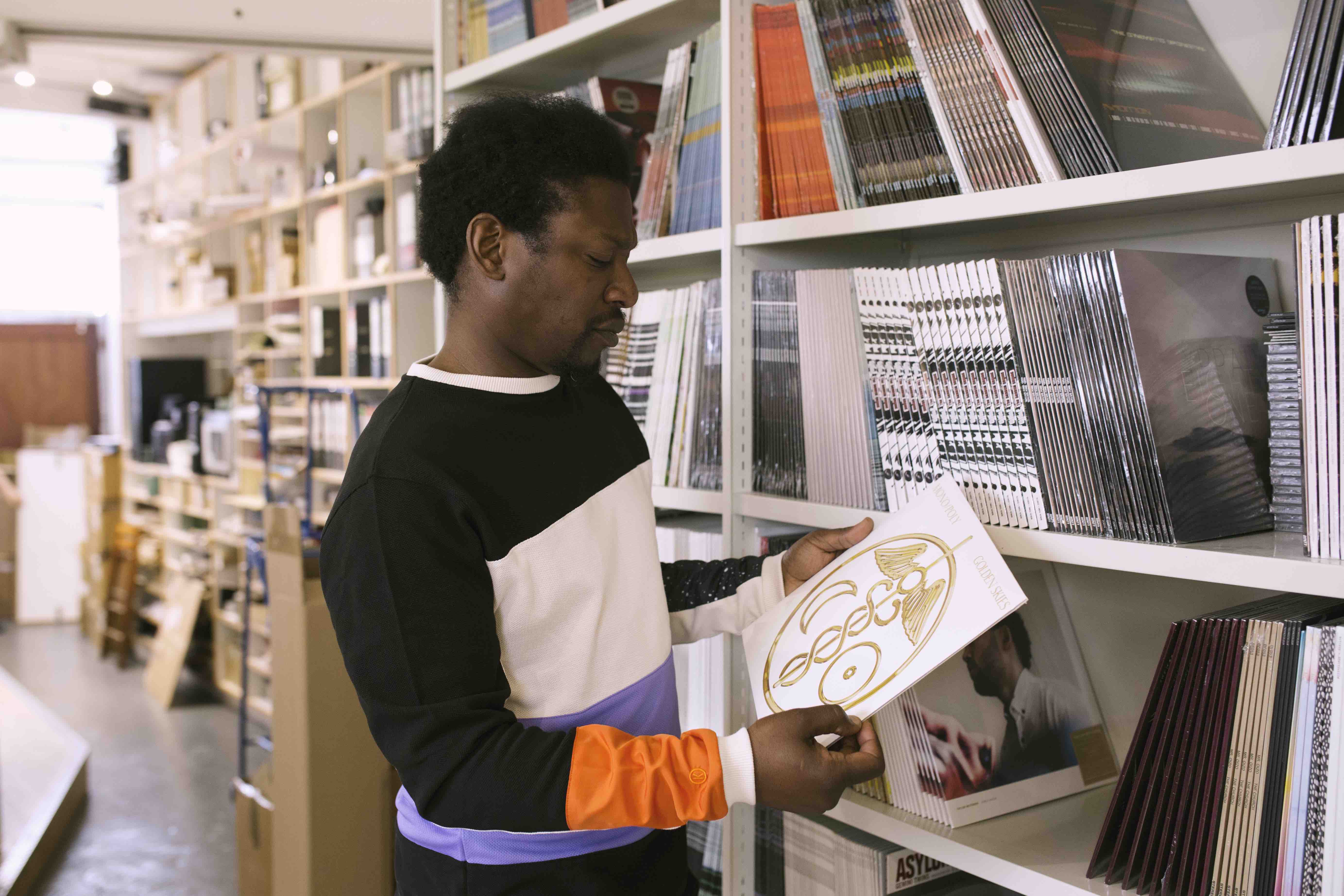 So, what does he do with such discoveries? “I never recorded it, but I want to tie into that spirit,” he says. “At festivals like Womad now you’re hearing people squeezing like ten different influences into the same track. You hear western trance with Indian tablas on top of Egyptian singing with a French rap – so that’s always been something that I’ve wanted to try and do. That was one of the pre-ideas: to make an album that explored loads and loads of different roots –­ the root of mankind. Just going around getting the root music from everywhere and sticking it into a sampler.”

These days, the label ‘hip hop’ seems ill-prepared for containing the experimental sounds of Rodney Smith. “Each record has got to renew that eternal Peter Pan, to open your mind, to be thinking about it with the same innocence that kind of brought us here in the first place,” he explains. His Facety 2:11 EP released earlier in the year, featuring visionary electronic producers Four Tet and Machinedrum, promised another giant leap into the unknown on the full length. Bleeds delivers; diving between cockney rhyming slang, spooky dub and patois, with a range of forward-thinking collaborators, such as With You, Fred and Adrian Sherwood. “I want to constantly be doing something new so I’m interested in working with anybody who has new ideas and perspectives on capturing the rawness, the performance and the motif of what I do,” he explains.

However distant his wanderings from the source, hip hop’s willingness to borrow from others, and reimagine itself, has always been a grounding force. “I’ve been listening to hip hop for over thirty years now so hip hop is like a central universe,” he explains. “Without hip hop, without it being a gannet taking from everywhere, [I don’t think] I would have wanted to do music. It’s a wild beast that’s more than just sound.”

Root’s Manuva’s Bleeds is out Friday October 30 on Big Dada. You can stream the album now at The Guardian.

This article originally appeared in Huck 51 – The Adventure Issue, in May 2015. Grab a copy in the Huck Shop  or subscribe today to make sure you don’t miss another issue.

Linkedin
RELATED ARTICLES
OTHER ARTICLES
A 37-year-old woman shares how her abortion led her to become a clinic worker, and the abuse she’s received in that role.
Cindy Campbell recounts how her brother ushered in a new era of musical culture at a party she held in the Bronx in ‘70s.
Birdy Chu reflects on documenting the historic moment in which the territory was formally passed back from the UK to China.
Thousands attended the annual event this year to wheelie through the city and call for ‘knives down, bikes up’.
The idea that a younger generation is abandoning work has become a popular narrative online, but it doesn’t necessarily reflect reality.
Photographer David Corio’s archive offers a glimpse inside a revolutionary era of music and nightlife.