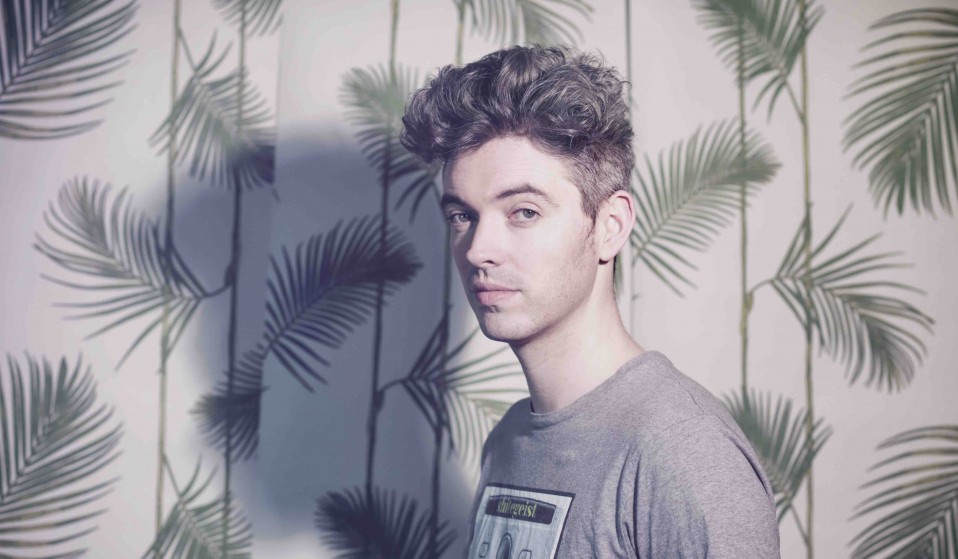 Following collaborations with Kwabs and Jamie Woon, Royce Wood Junior has made waves with his own experimental sound.

Following collaborations with Kwabs and Jamie Woon, Royce Wood Junior has made waves with his own experimental sound. He talks writing, ego and keeping honest in your art.

Before going solo, Royce Wood Junior used his musical talent to help develop the sounds of his friend Jamie Woon (whom he once shared a flat with) as well as Kwabs. Embarking on his own, you’d expect the electronic pop style that he employs to be of his collaborators’ ilk; there are certainly droplets here and there, but Royce’s vibe is very much his own.

That’s not hyberbole – the range of styles heard meld in a way that at once sounds both familiar and forward thinking. It says much of Royce’s diverse musical evolution growing up – an initial immersion into grunge and indie transfigured into a love of soul and hip hop.

That latter love is apparent on his debut album, The Ashen Tang, released last May. Recorded over a period of three years, the LP is at moments frantic, at others as mellow as the suburbs at 4am. Songs such as ‘Jodie’ recall Stevie Wonder (another formative influence), others the more underground tropes of Four Tet, and even the expansive waves of post-rock.

As Royce releases The Ashen Tang – Deluxe Edition, which includes a few ace bonus tracks, Huck caught up with the songster to chat past, present and future.

Your sound seems to indulge in pop, but there’s also a more experimental underlining. Do you think pop needs to be more experimental?
No, I think pop serves a purpose – it’s the yin to the yang of the underground. There needs to be a boring mainstream so that lesser-known, interesting music can operate properly and kick against it. If everything’s interesting then nothing’s interesting. I like melody so I suppose that could be construed as pop but I generally don’t write about being up in clubs and or being lit A.F.

You obviously draw from a variety of styles. Is that conscious, or are subconsciously drawn to multiple genres?
I like all sorts of different music and it just naturally permeates everything I do… It’s more that I can’t do one thing exceptionally well, but I have a big respect for people that do specialise.

Do you aim for mainstream success, or are you happy to stay under the radar?
Mainstream success no. Respect from peers and genuine listeners along with a sense of doing something high quality and honest are the only objectives really.

You collaborated with the likes of your friend Jamie Woon before heading out as a solo artist. Was the transition to going solo difficult?
Yes it was. It’s far easier going on stage as a right hand man… there’s no expectation for you to be great, playing your own music takes a lot more commitment and balls. Not playing with those people anymore is also a drag because it’s so much fun to do and you miss out on the great experiences you have on the road.

How does writing for yourself compare to writing for other artists? Do you prefer on to the other?
It’s good because you can call all the shots and let your ego have free reign and not have to compromise at all. On the flip side, it can get a bit one dimensional if you’ve only got your own process and opinion to bounce off… they both have their perks.

You’ve incorporated TV and corporate imagery, notably in the video for ‘Clanky Love’. Where does that interest come from?
I’m a child of the 90s so I remember that stuff fondly, the pre-internet era was sincerely charming and parochial, an aspect of life that we’ll never have again. The corporate aspect is just to try and steal something token back from the people that steal from you.  What’s in store for you in 2016?  Lots of writing and production… also hoping to appear on Pointless and walk home that coveted trophy.

The Ashen Tang – Deluxe Edition is out now on 37 Adventures.

Linkedin
RELATED ARTICLES
OTHER ARTICLES
The two-day long event returned to London this year, showcasing a spectacular parade, steel bands and Caribbean food.
As the Scottish government announces a rent freeze, an activist with Living Rent who fought and won shares how they did it, and what must come next.
The workforce is now gearing up for industrial action after receiving a measly pay rise, reports Ella Glover.
For over a decade, gamblers have won big by employing people to place live bets from the court. But does this dubious method still work?
Sean Maung’s photos are a love letter to the Black and brown communities that make up New York.
Following the announcement of an 80% hike in the energy price cap from 1st October, crowds gathered outside the offices of energy regulator Ofgem to protest and declare their intention to undertake a payment strike.