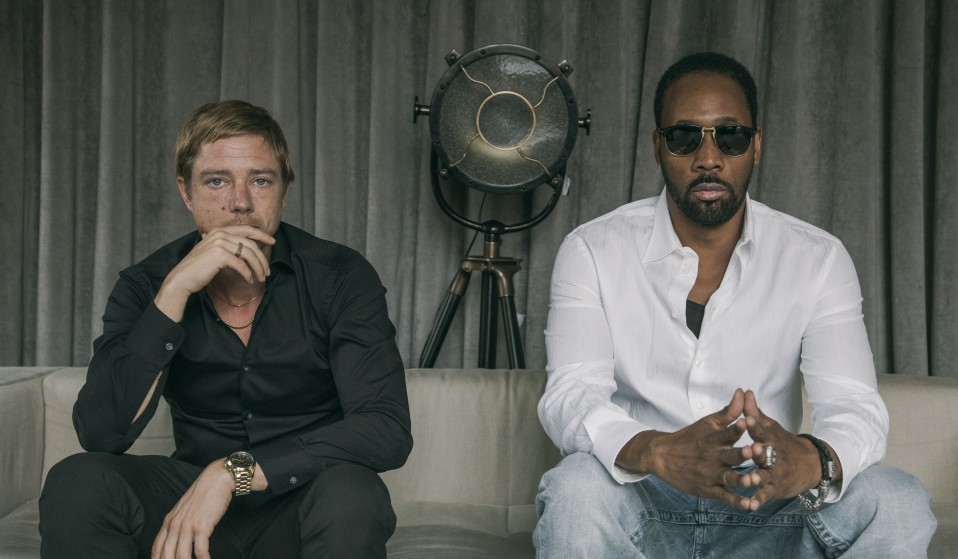 As Banks & Steelz, Wu-Tang Clan’s RZA and Paul Banks from Interpol are breaking new ground with hip hop/rock collaboration, Anything But Words.

As Banks & Steelz, Wu-Tang Clan’s RZA and Paul Banks from Interpol are breaking new ground with hip hop/rock collaboration, Anything But Words.

“A master must remain a student,” says RZA. I’m fishing for lessons on creativity and Wu-Tang Clan’s revered philosopher and producer-in-chief doesn’t disappoint.

RZA is sitting next to Paul Banks from Interpol, his opposite number in Banks & Steelz, whose hip hop/rock collaboration take the pair into new territory and whose album Anything But Words we’re here to discuss.

Paul and RZA both followed a similar trajectory: they broke out of NYC in the ‘90s with groups who pushed at the ceiling of their respective genres and went on to take the world by storm. After those acts peaked, they have both passed through their second, third, even fourth, creative lives, in a diverse array of solo-projects and collaborations.

So, how do they keep the fires burning through multiple reincarnations? As the popular wisdom goes, do they find it necessary to put themselves in a position of discomfort or go through struggle to be able to create and break new ground?

“I realised that the whole process of adulthood was kind of finding your lane, finding something that you’re good at and doing it for the rest of your life,” Paul explains. “Everyone’s striving to find a comfort zone and then stay in it, but that’s the onset of death right there. I like doing new shit when there’s no guarantee it’s going to work. A good way to stay young is to be bad at things again. It’s important to suck at something as an adult: that’s the way out.” 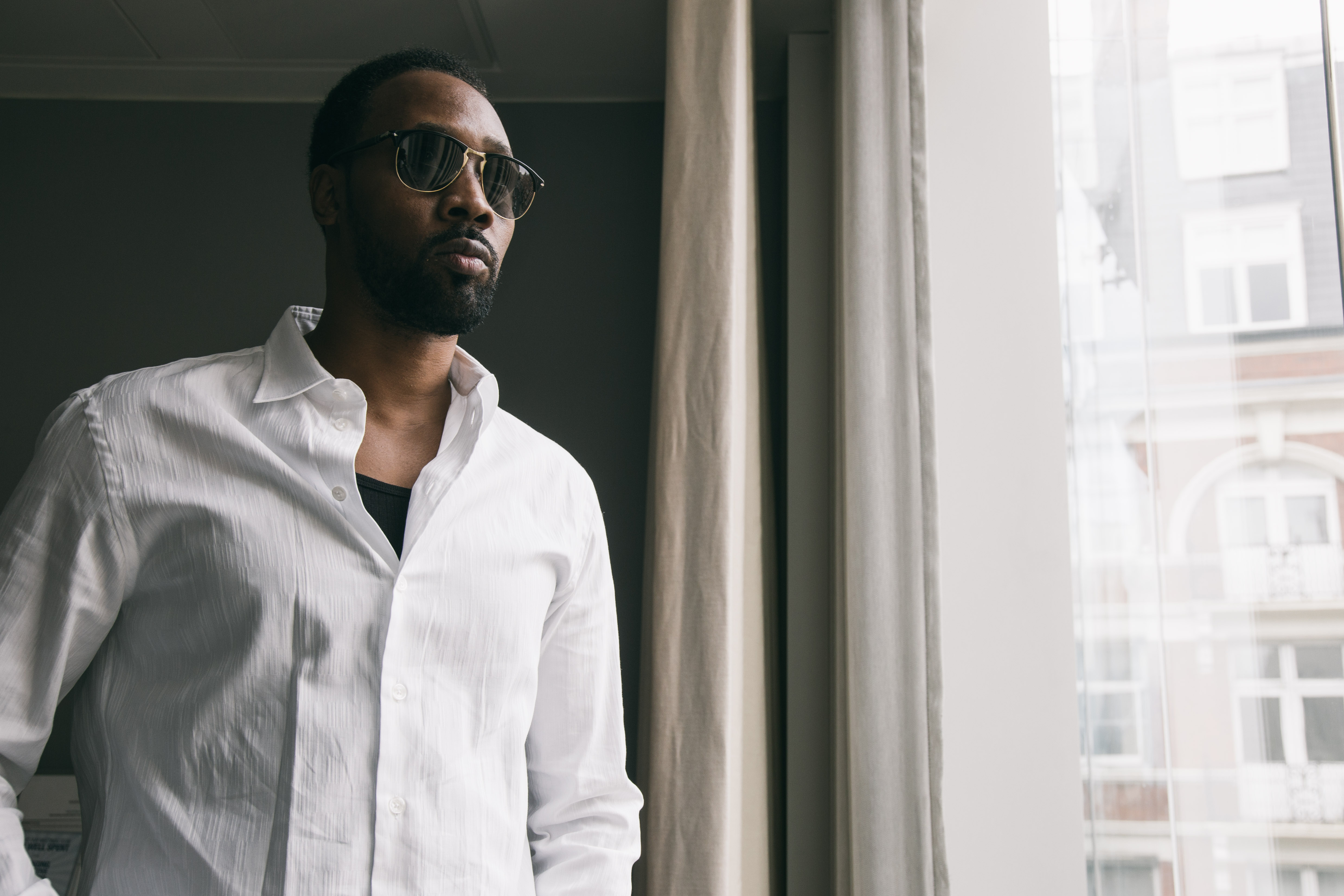 RZA takes a moment to chew over the question. “The reason I see it differently is I spent so many years in discomfort,” he says. “So for me, it’s the opposite. It’s like I feel like I spent the first half of my life in hell. You talking about 19 years of poverty – I served my time. So for me, that’s why a place like Malibu [where the duo recorded a chunk of the album] is good for me. It’s like now I don’t have the shackle of all that negative energy on me.”

Although the pair both spent their formative years in New York City, they come from two very different places: Paul from the world of indie rock on the Lower East Side, RZA from the hip hop world of Staten Island. So, what was it that brought the two to work together? 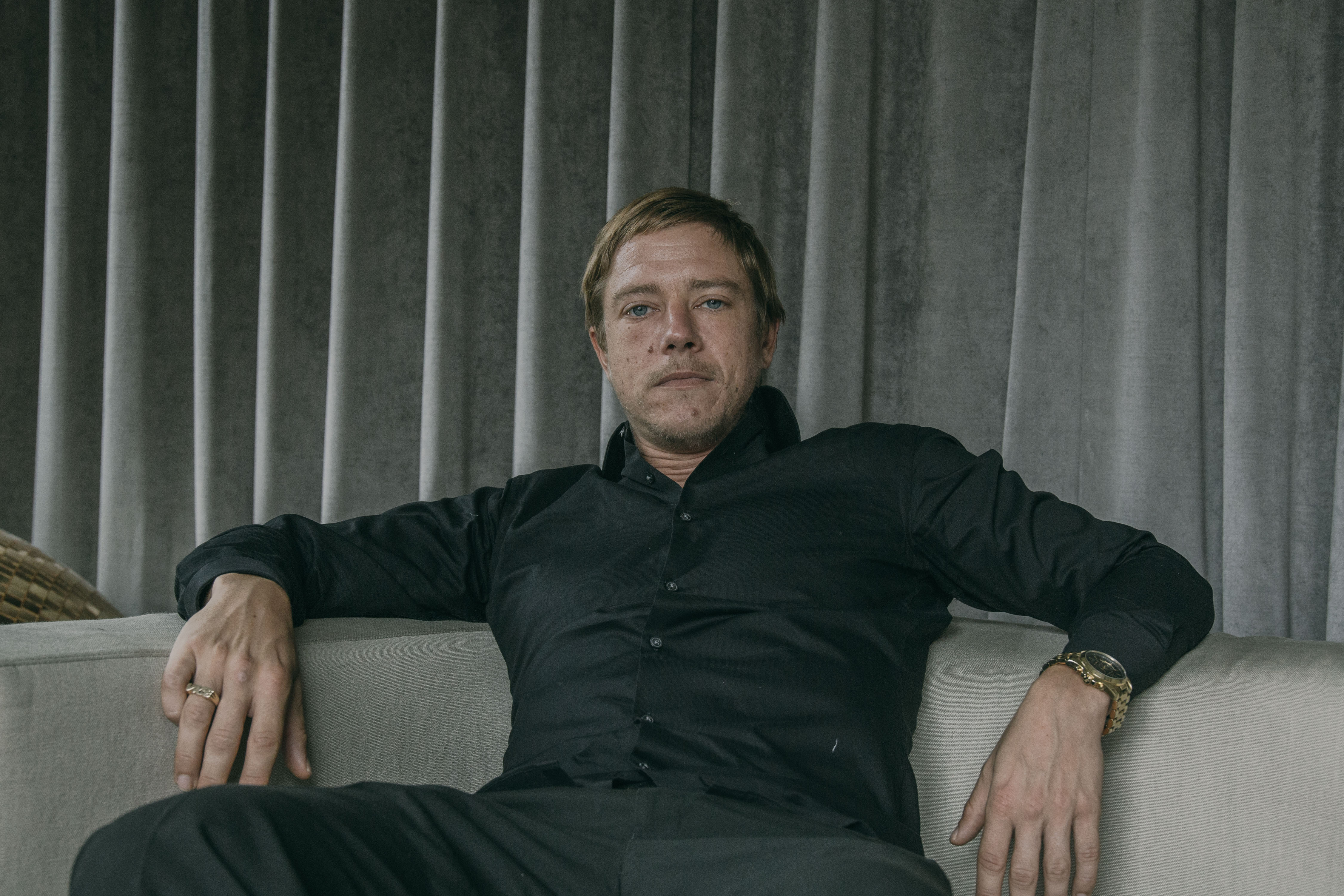 RZA now spends the majority of his time in LA, but it was New York where the two solidified their friendship, over noodles in Chinatown and games of chess – with RZA claiming the upper hand. “The man’s good at chess,” RZA explains. “I don’t hang around and play chess because I can beat him up. He keeps my swords sharp as well. Actually, on the clock he’s much faster than me.”

Sitting at opposite ends of the couch, it’s easy to imagine the two titans of their respective arenas going head-to-head, sparring with each other to venture into new territory and push one another out of their comfort zones. So, was that what the collaboration felt like? In short, no.

“Nothing in the collaboration feels adversarial to me,” Paul says.

RZA shuts down that line of questioning: “We haven’t did a big dick contest,” he says, matter of factly.

Both agree the collaboration feels like a team. “That’s why you notice on our album cover the brass knuckle and the dagger,” RZA says. “Either one of us will fuck you up.”

The pair explain that, whether feeling the good vibes in the air at Malibu or in the aura of New York’s famed Electric Lady, it wasn’t conflict or hardship that brought the best out of them in the studio, but finding a comfortable energy to work together.

However, striking such a seemingly unlikely partnership is hard to imagine outside the creative melting pot of the Big Apple. “The New York influence is in our music,” RZA explains.

So, which aspects of the city still inspire them? Paul gives an example of a person he saw recently while eating on Lafayette. He couldn’t discern their gender, but they were wearing multicolour get-up with an umbrella and a flowerpot on their head. “The craziest shit ever,” Paul says. “But it wasn’t someone with a mental illness, to me it was an artist. That’s an artist expressing themselves and they’re a spectacle. I love that aspect of New York City, you’re just going to see anybody from anywhere in the world who wants to express themselves artistically – they gravitate to the place.”

For RZA, it’s the all-encompassing diversity of the concrete jungle. “There’s a view of New York City that when you’re driving across from Green Point to Queens, there’s one of the biggest graveyards I’ve ever seen,” he explains. “At a certain angle – and I took a picture of this – it’s all graveyards and then the City of Life is right there in the same skyline. And for me that was like, ‘Wow’. All that life over there and all that death right here, right across the river. Creatively I can’t see no-one with an artistic expression not finding his place or not finding inspiration from a city like New York.”

Anything But Words by Banks & Steelz is out August 26.

Linkedin
RELATED ARTICLES
OTHER ARTICLES
RaD was inclusive, underground and unapologetically British. Almost three decades after it ceased publication, the people behind its success remember its influence.
To mark the premiere of his new documentary on surfing giant Gerry Lopez, the filmmaker and former pro skateboarder sits down to share his unique brand of wisdom.
With the Women’s Euros in full swing, last week saw glorious, sweaty celebrations take place in a dedicated, safe space for female and non-binary fans.
The author discusses her new memoir, which offers a sobering reflection on the racism and otherness she’s experienced along with a joyful celebration of her culinary heritage.
From the chip shops, to the bingo parlors and burlesque dancers, photographer Mike Coles remembers capturing scenes of holidaymakers by the English coast.
Last week, Tower Hamlets council removed its nudity-restricting licensing conditions in a huge win for London’s kink community.