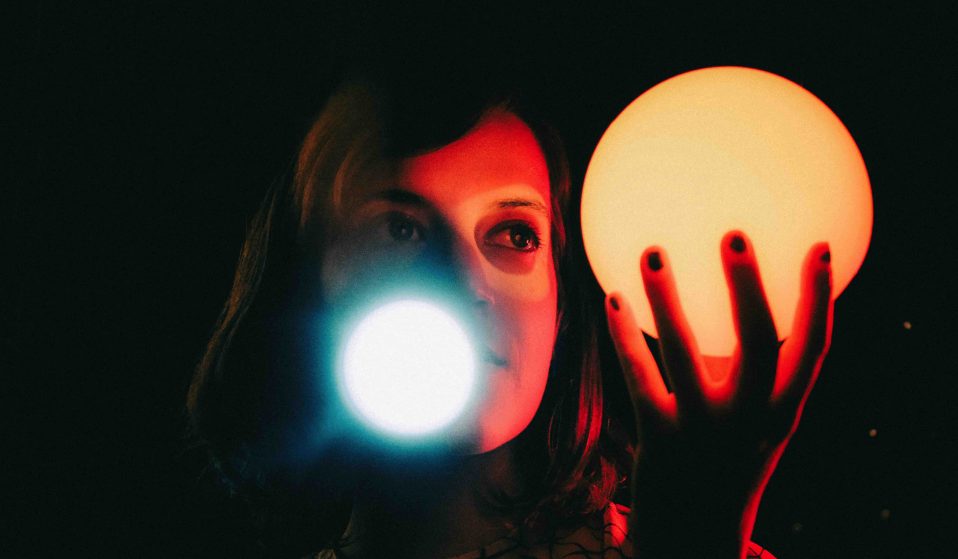 With her new album, the Californian musician, composer and planetary scientist has constructed a post-apocalyptic sci-fi story that takes aim at the one percent.

With her new album, the Californian musician, composer and planetary scientist has constructed a post-apocalyptic sci-fi story that takes aim at the one percent. We ask her why.

In 2017, after a long and arduous day working in an asbestos lab, science grad Lindsay Olsen was involved in an accident on her drive home – hit by another car that was coming down the wrong side of the road.

The injuries she sustained – to her wrist – were enough to see her off work for two weeks. So, stuck at home and with time to think, she began to consider what she really wanted to do with her life. Turns out, it wasn’t the asbestos lab. It was music.

“When you’ve been scared for your life, it puts everything into perspective,” she remembers, talking over the phone from her home in Crockett, California. “It had me thinking a lot about my choices and what made me happy. It’s a lot easier to take a leap when you’re really thinking about all of your life and what’s important in a focused way.”

At this point, under the title Salami Rose Joe Louis (an amalgamation of childhood nicknames), she had already released two albums. As she wondered whether to quit her job, she received news that one of her tracks had been licensed for a TV commercial, giving her the financial security to just go ahead and do it. Seizing the moment, she started gigging like crazy, taking every show that she could – all while working on new music. “It was just the first time I didn’t have a day job. It made it more serious.”

Her sound, cosmic and otherworldly, eventually put her on the radar of Flying Lotus’ Brainfeeder label, who snapped her up at the beginning of 2019. In August, she’ll release her first album with them: Zdenka 2080. Set in a dystopian near-future, it tells the story of a greedy elite who leave a dying Earth, taking the sun’s power with them. After that, things only serve to get stranger.

“There’s this protagonist, this young Salami, who is exploring the abandoned homes of the elite, and she discovers this octagonal room with eight paintings. She shines her light on one of the paintings and is transported into another dimension. The story takes her through all of these different dimensions.”

In conjunction with the album’s release, we spoke to Salami about making a musical sci-fi epic – and how it serves as a rallying cry against corporate greed.

You grew up in San Diego – how did that inform you artistically?
It’s so sunny and beautiful there, it was a really wonderful place to grow up. I think I was lucky, I had a really interesting group of friends, who introduced me to a lot of creative ways of thinking. I really appreciated that.

But where I grew up in particular in San Diego is a little conservative. So I felt like having a different approach to everyone was … well, I guess you’re a little ostracised. But I think that can be really beautiful too. You have this sense of independence.

I guess, when you’re alone, that creative outlet becomes even more important.
Definitely. I was grounded a lot, so I spent a lot of time at home. That definitely led to a lot of creative undertaking [laughs].

… Why did you keep getting grounded ?
It’s going to sound crazy. My parents are really particular about grades, and I got a B… so I was grounded. But then another time it [was] way more valid. I told my parents that I’d done acid. That’s more valid to get grounded for.

When you arrived in Santa Cruz for college, was music in full swing for you?
Not really. In high school, I was in a punk band, so I was interested in music – but I hadn’t fully dipped my feet in. I really enjoyed it, I just felt like I was really inexperienced. When I got to college, I think – due to mostly familial pressures, but also because I was a nerd – I did science.

I studied earth and planetary science, and was interested in ocean chemistry. I worked in some labs after school, but simultaneously in college I met a lot of incredible musicians. That really solidified my deep love of music.

Then I started playing a lot of music, and I was super torn between science and music. I remember distinctly, one time, this decision I had to make: either play a show I was so excited to play, or finish my thesis. I chose to finish my thesis and I’ll never forgive myself. 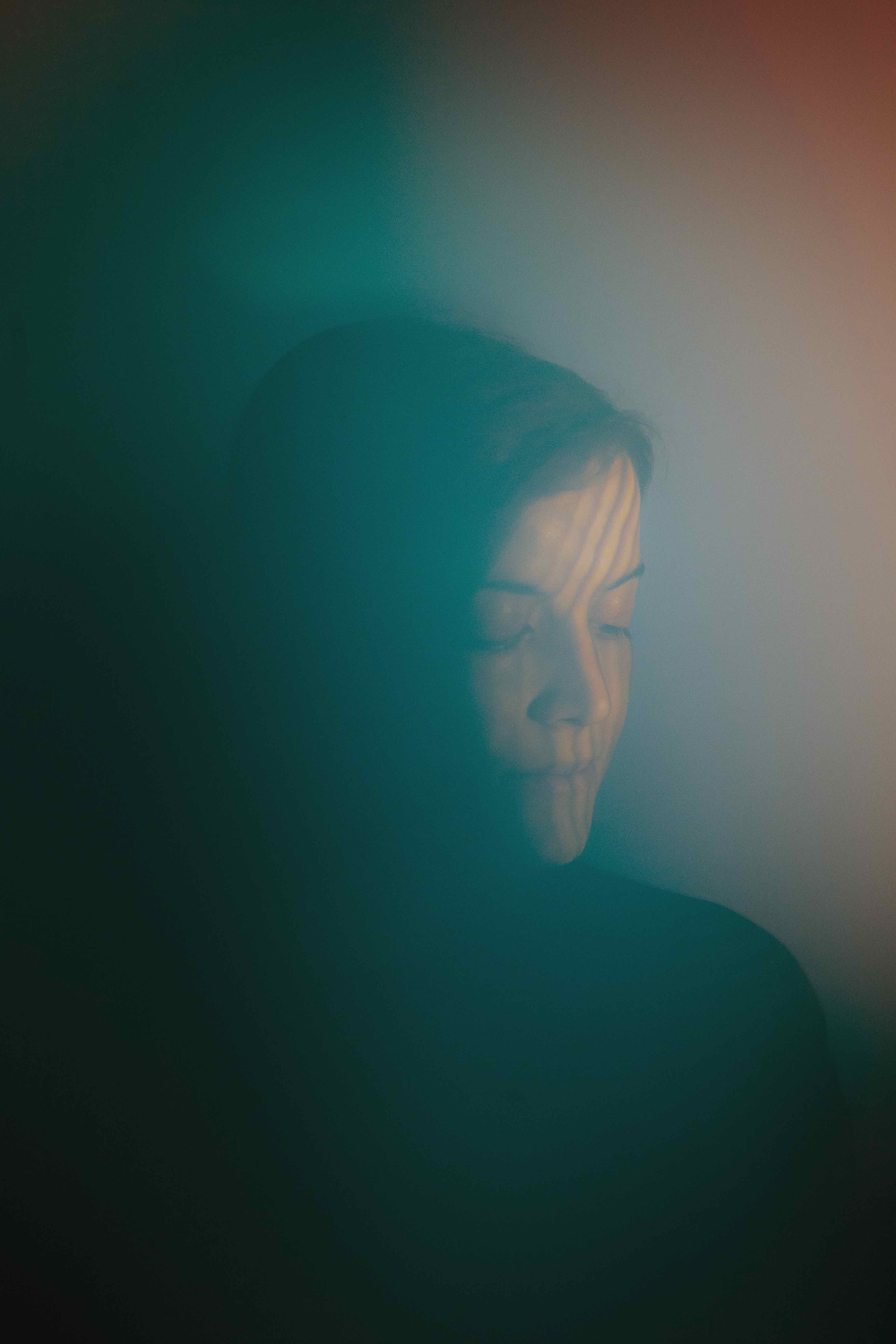 Did you feel like the two – music and science – were inherently at odds?
They simultaneously inspired and affected each other. I think science inspired a lot of music, ways of approaching it. They remind me of each other, the properties that rule them.

How does science inform your music?
I guess an example would be when I was taking organic chemistry. You’re studying all these shapes of molecules, you learn a couple sets of rules that rule all of the chemical reactions in organic chemistry, and life. Every single reaction is based on this set of rules. The sharing of electrons; positive and negative forces.

Anyway, I remember, at [college], I was going to the practice rooms a lot for piano and thinking about these shapes of chords and how there’s this balance. I started to see composing as shapes and balance… kind of like an equation. One where you have to make this balance between dissonance and harmony. So to this day, whenever I’m composing, I’ll draw this shape of what I want the song to sound like, then I’ll write the song.

You moved to Crockett, a small town in North California, around three years ago. You’ve said it was the perfect place for you to “get weird”. Why is that?
There’s a lot of interesting landscapes to explore. There are these weird rolling hills next to the sugar factory. It’s right on the Carquinez Strait, so there are a lot of tug boats going by. And the kerbs are like five feet tall. It has a lot of weird magical qualities. There’s a random octagonal room that I found recently too, which is weird – because that’s [the name of a song] on my album.

Wait, so you discovered that after having written ‘Octagonal Room’?
Yeah [laughs] – it was a trip.

Signing for Brainfeeder must have been a huge moment for you. How did that go down?
I’m still freaking out about it! One of the people that works for Brainfeeder, he was like one of my first Soundcloud followers. He went to my very first solo show, years ago and had been talking to me for a while.

Then I remember, a year or two ago, he texted me like, ‘Lotus likes your music.’ Or something like that. I just threw my phone across the room. I was like, ‘No. Why is this person messing with me?!’ [laughs]. So they were talking to me for a little bit, and then I finished the most recent album and submitted it and they liked it. And here we are now!

How would you describe your relationship with creativity?
I think I’m kind of haphazard in the studio. I try to have a new approach each time I start something. Often what I’ll do is write out a whole album with titles, and then try to fill that album with songs. So write the titles and the words first, then try to create the music to it.

I’m such a visual person that a lot of times I need a movie in my head to score. But I’m all over the place. I think that’s why this most recent album has been so fun. There’s a whole anime movie in my head attached to the whole album. I really took my time to write out each visual element and then match the music to it. It was really fun.

Fantasy is often used to reflect the current moment. Given that, what does your album say about the world right now?
One thing I think about a lot are the ways in which the one percent, or big business and corporations, really have a lot of control over everyone else’s life. Some of my fears are that, as this future shapes up and resources become more limited, how it’s all going to play out. Basically, I think that we run the risk of tampering with nature.

In my story – and I’m not thinking about this in any scientific way – they take too much energy from the sun and cause this reaction of a cooling sun. If we continue down this chain of capitalism and greed and tunnel vision of just yourself and your family and maybe not the world community, we run such a risk of destroying everyone’s lives. 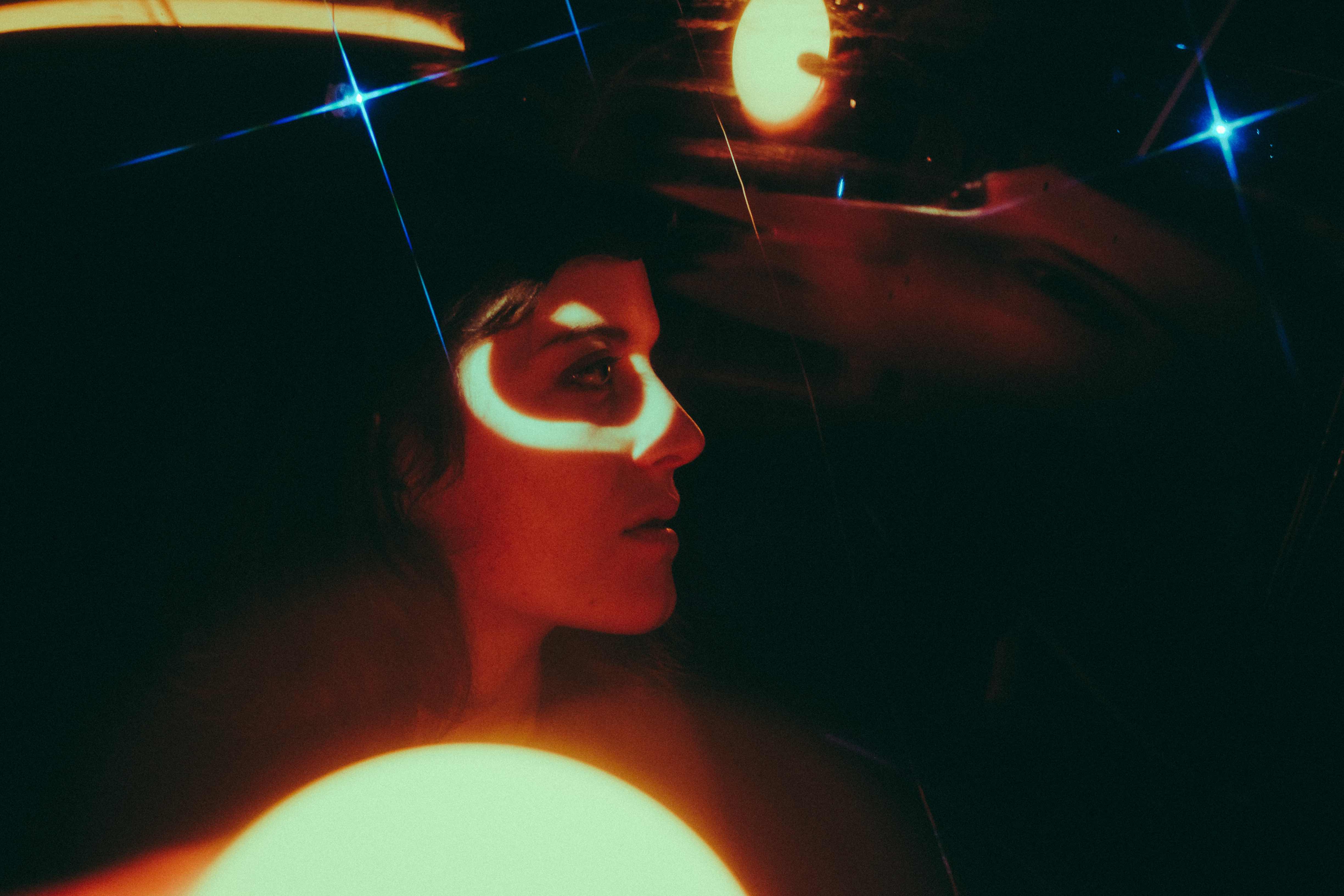 Do you believe it’s important to be an outsider?
I really respect people who carry down the tradition of certain genres and stuff like that. I think that such an incredible part of music is retelling stories and passing them down. I just found myself attracted to weird music growing up, seeking out new sounds.

I think that’s just my mode of operation, where I’m constantly trying to seek out something that sounds new and different. There are so many ways to approach music and I think they’re all really special. We all have our own place in the music world. I think my little corner of the music universe is to be seeking out new weird sounds.

Linkedin
RELATED ARTICLES
OTHER ARTICLES
Theo McInnes’s photos of the annual event provide an intriguing snapshot of contemporary Britain.
Photographer Sean Maung reflects on documenting a small town in Pennsylvania afflicted by high levels of unemployment, poverty, violence, crime, and addiction.
A new podcast is opening up the conversation between trans women and trans amorous men in the hope of building coalitions.
At his West Bank restaurant, Fadi Kattan established himself as the voice of modern Palestinian cuisine. Now, he’s bringing his innovative, bold flavours to the UK’s capital.
Photographer Becky Tyrell went down to the fading banger and stock raceway to meet a community desperate to keep it alive.
A recent High Court ruling against the right to wild camp in Dartmoor National Park sparked the largest land protest in history – and campaigners say their fight is not over yet.