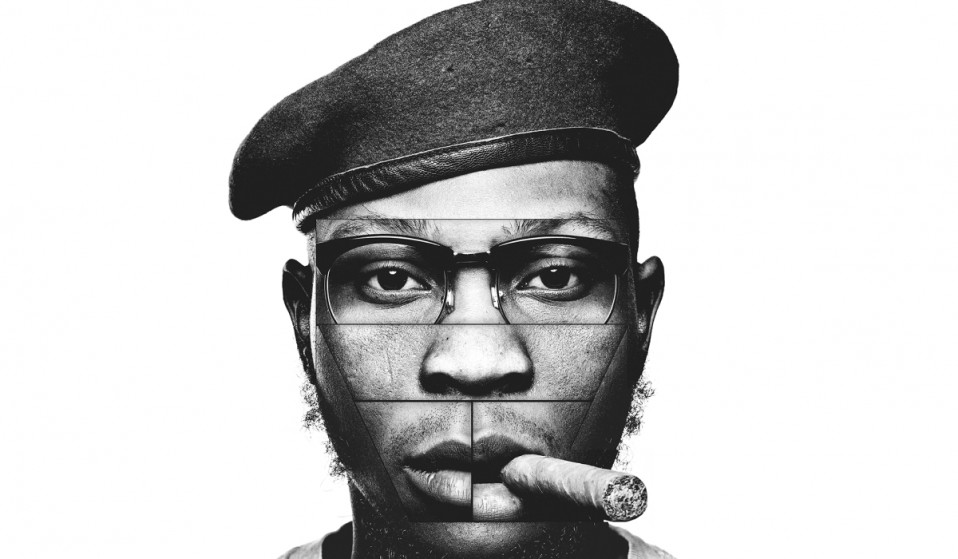 Afrobeat’s leading ambassador is coming of age with his politically charged fourth album, Black Times. Here, he talks to writer John Doran about corruption, fake news, and stepping out of his father’s shadow.

Afrobeat’s leading ambassador is coming of age with his politically charged fourth album, Black Times. Here, he talks to writer John Doran about corruption, fake news, and stepping out of his father’s shadow.

Seun Kuti, son of the inimitable Afrobeat pioneer Fela, is celebrating 21 years in the musical game today with the release of a new album this week. The 35-year-old Nigerian singer, composer and saxophone player, who has led the large Egypt 80 ensemble since his father’s death in 1997, has made his most self-assured musical statement to date with Black Times, out now on Strut records.

And when you meet Seun – a tall, handsome man who has AFRO and BEAT tattooed on his knuckles, who talks 19 to the dozen about neoliberalism, Pan Africanism, the Gnostic Gospels, the history of Nigerian music, goat curry and the electability of Jeremy Corbyn – you realise that he’s not the sort of person who is lacking in self-assurance.

Seun has been touring with his father since before he can remember and was singing live for him on stage as an opening act from the age of nine. He has taken a long time to step out of the massive shadow cast by Fela – which is no surprise. Most sons don’t have fathers who changed the musical landscape of the world.

He appears to be more than relaxed with his role though, often referring to himself as a guardian of Fela’s legacy. “It was difficult for the band to recover after my father’s death and many people didn’t think they would,” Seun explains. “I understand why, it was really difficult. It would have been easier to say, ‘Fuck it, we’re not doing this any more.’ But Fela’s message was too powerful for us to do that.”

Seun is in London to perform at Brixton Electric – and if he’s anything but relaxed before the show, then he’s not showing it. He’s a regular in the UK, and talks fondly of his time as a student living in the Toxteth area of Liverpool in 2003 when he was 21. It was when he came of age in artistic terms and wrote his first composition for Egypt 80: “You could say I had a better time enjoying the musical and social life of the city than I did studying. After I wrote that song I just thought, ‘I’m done – I can finish my studies now.’”

He says he only asked to join Fela’s group from such an early age because he thought the lifestyle would be “easy,” adding that his dad only ever wanted to help him achieve his ambitions. He didn’t realise that he was joining the ranks of what must stand as the most harassed and violently attacked musical ensemble of all time.

“They used to harass [Fela] every week,” Seun remembers. “They would come and shoot up our house every week. And when I say ‘shoot up’, I mean they would come right up to the house and fire their guns through the window. They were hoping to kill him but they were too scared to actually come inside the house to murder him. And they could have walked in because the gate was always open.”

The ‘they’ that Seun refers to are the police and soldiers that served under the corrupt Nigerian Abacha military regime for most of the 1990s. This particular regime has long ceased to be but Seun is quick to state that little has changed in “the motherland” in terms of government corruption.

One of the standout tracks on Black Times is “Corporate Public Control Department (C.P.C.D.)” which makes an attack on corrupt politicians the whole world over. It was originally written with one person in mind, however: Muhammadu Buhari, the current president of Nigeria. Interestingly enough, Buhari was the country’s brutal military dictator who threw Fela in jail when Seun was just 12 months old. Buhari has claimed that now he is “democratically elected,” things are different and that he accepts responsibility for all the things that happened on his watch back in 1984.

When asked if he doesn’t accept there is any difference between Obama and Trump he is equally dismissive: “No, not really. Trump might talk about deporting people but Obama deported 2.5 million people in eight years. That’s more than the last three presidents before him combined. He dropped three bombs every hour while paying lip service to every black problem in the world. Whenever people wanted to know why Obama wasn’t doing anything progressive he would use Congress as an excuse. But as soon as he wanted to bomb Libya he didn’t need Congress anymore – he bombed them without their approval… let that sink in for a second. Obama was the last politician that I believed in without checking them out first – never again. Jeremy Corbyn though – let’s do this! He’s for real.”

As you would imagine then, Black Times is quite unashamedly a Political Record – the type that apparently doesn’t get made anymore, according to blowhards on social media at least.

The title has a clear double meaning but perhaps not the one you’d immediately think. It not only encapsulates the idea of humanity entering an age of black power, but also that of a media outlet able to counter anti-African and anti-black propaganda. (To my mind it mirrors Chuck D’s assertion that hip-hop was “the Black CNN.”)

“The album is a call for us to embrace the truth,” Seun says. “The mistake humanity has made is that we have accepted a narrative. We have accepted the narrative of the global elite but their actions and the trouble they cause should cause outrage in the world. To counter this narrative we need to report our own narrative.”

He says it is necessary to counter “fake history” when it comes to Africa, comparing it to the more recent phenomena of “fake news”: “Just three years of fake news is causing mass hysteria in the West, so imagine what 400 years of fake history has done to the motherland.”

“Black Times is the counteractive to the Washington Post, the New York Times, the CNN, the BBC… Whatever elitist lies are being spread throughout the media then Black Times is here to counteract that. This album represents a moment for black consciousness.”

Seun ends by saying that his mission has changed over the years, but it is still ongoing. “In my country, my dad is one step away from being a saint,” he says. “Globally, I think his relevance is felt more through the liberation movement and the expression of that. This is why Afrobeat is so global right now, so many people are touched by it. You know when my father was alive no one played this music apart from him, and maybe my brother [Femi Kuti] as well. But since he has died it has grown and grown. If me and my brother stopped playing afrobeat today nothing would change, it would keep on growing and growing. Even if we don’t play tonight you would be able to go out in Brixton and find another afrobeat band. You can find afrobeat being played in New York and in Chicago. Man, an afrobeat band wrote to me from Israel last week.”

“Fela created this music that has become a platform for the expression of liberation. It’s a music that drives this expression and creates honest talk. The more that people feel like this is how they want to express themselves, the more they want to embrace Fela and his music.”

Linkedin
RELATED ARTICLES
OTHER ARTICLES
Thousands of protestors gathered in Westminster to express their sadness and fury at the fatal police shooting of a young Black man in Brixton.
Following the announcement of an 80% hike in the energy price cap from 1st October, crowds gathered outside the offices of energy regulator Ofgem to protest and declare their intention to undertake a payment strike.
By turning a real-life crisis into daytime television fodder, TV bosses have once again shown themselves to be completely out of touch with audiences.
Photographer David Corio’s archive offers a glimpse inside a revolutionary era of music and nightlife.
Financial turmoil is pushing people who work in the sex industry into more dangerous and desperate situations as a means of survival.
Yesterday thousands gathered outside Buckingham Palace after news of the Queen’s death broke.