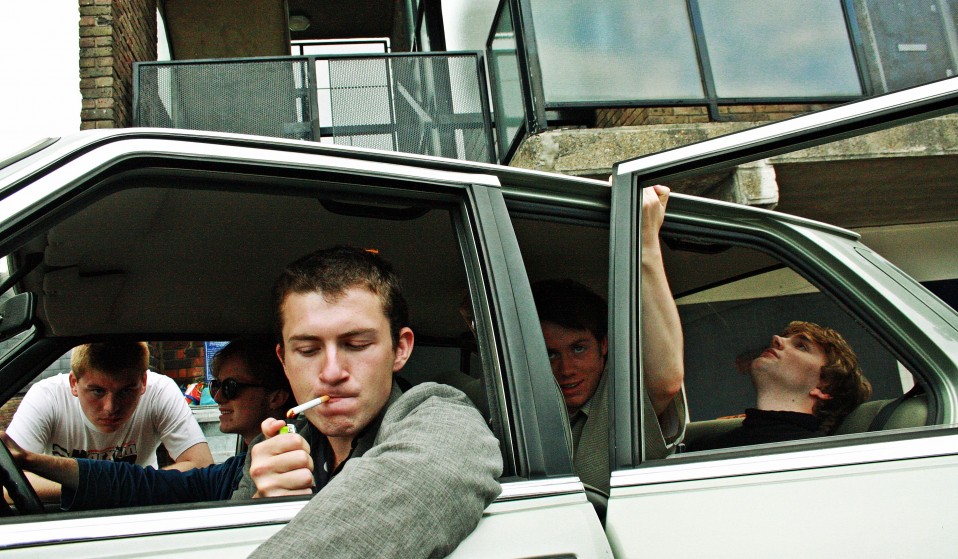 Ahead of the release of their debut album, we caught up with the raucous five-piece to talk messy beginnings, speaking their mind and why more bands should use their platform.

Ahead of the release of their debut album, we caught up with the raucous five-piece to talk messy beginnings, speaking their mind and why more bands should use their platform.

It’s mid-afternoon and the five-piece are huddled around a small table at a pub in Tulse Hill, London. They’re rested, well fed and back from a quick cigarette break, apologising profusely for time it took them to smoke. “It’s one of the biggest misconceptions people have about us,” says Sean Coyle-Smith, the band’s guitarist. “That we’re arseholes – and always angry.”

Admittedly, you can’t really blame them for jumping to conclusions. Anyone who’s been present at one of the band’s notorious live shows knows that they’re ballsy, brash and soaked to the bone in sweat; anyone who’s listened to their music knows it contains a similar level of lippy, nose-to-nose provocation. However, while the Angry Young Lads narrative is certainly convenient when it comes to labelling their galvanic brand of modern punk, it’s not entirely accurate. Sure, there’s plenty that Shame are pissed off about – but there’s a bit more to them than that. 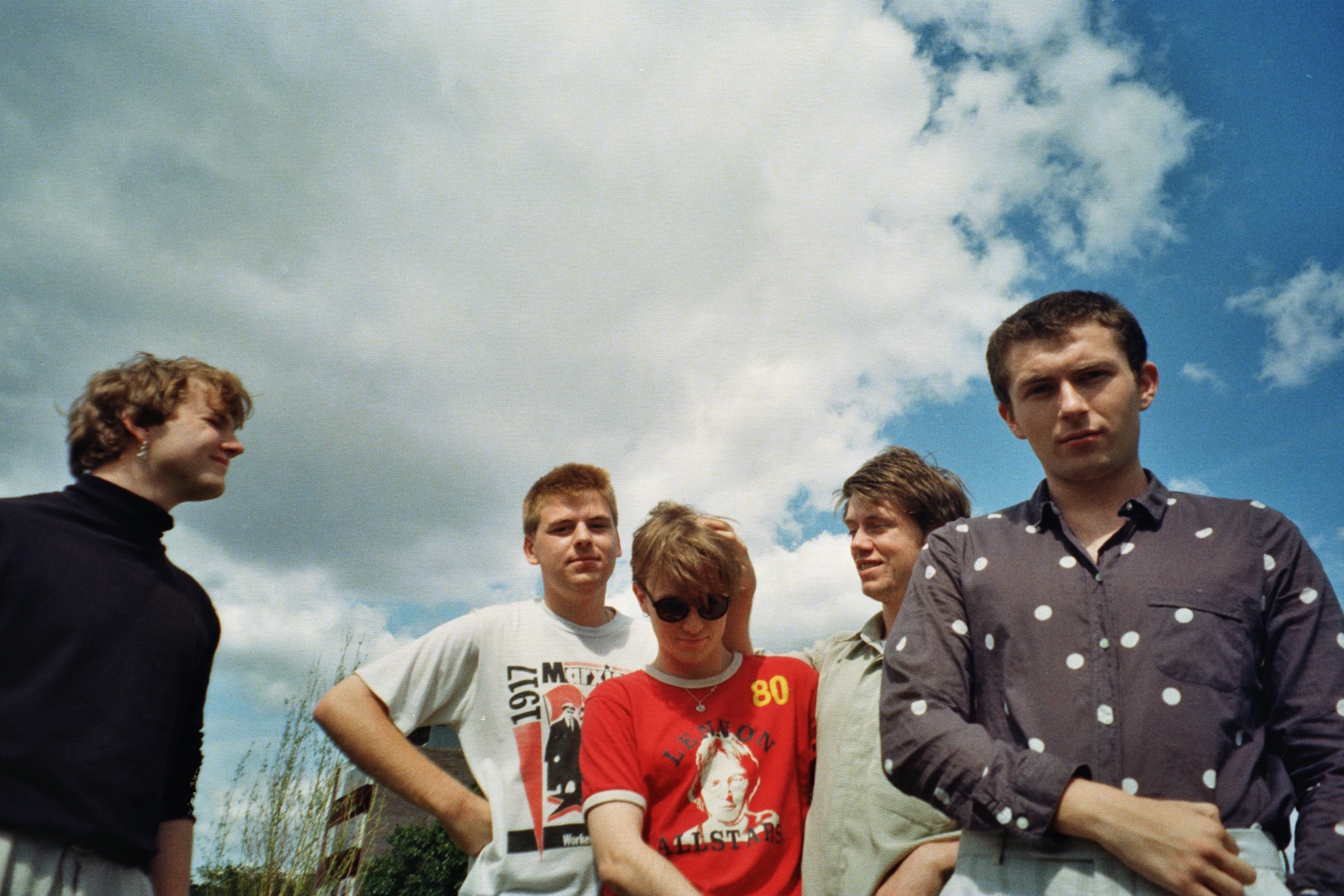 Having formed one summer during their AS levels – partly out of a shared desire to create something, partly because there was “literally nothing” better to do – Shame were a bunch of mutual friends who gravitated towards each other through music. Coyle-Smith had been mates with frontman Charlie Steen from a young age, who went to school with Eddie Green (guitar) and Josh Finerty (bass). Green was a childhood friend of Charlie Forbes (drums) who, on account of his dad’s tight-knit relationship with the landlord, spent much of his teens at The Queen’s Head, the infamous Brixton pub that came to be known as the live-in headquarters of a certain Fat White Family.

With Forbes as their way-in, the band began using The Queen’s as a rehearsal space. What started as a few messy, makeshift practices (“you can say we were shit”) soon tumbled into an entire summer spent in the confines of the dishonourable boozer, learning their craft as they befriended the “reprobates” that frequented it.

“It was a lesson in what not to do, how not to end up,” recalls Green, laughing. “But it was hilarious for us. At the time, I don’t think we thought about how weird it was, that we’d literally finish a day of school, aged 17, and go to this pub to hang out 45-year-old dudes.”

“Crackheads,” says Coyle-Smith, promptly correcting him. “I think we’ve probably all been barred for life from that pub about seven times on seven different occasions. But then the next day they’d just act as if nothing happened. You’d be all apologetic and they’d kind of be like, ‘Why, what?’ They wouldn’t fucking remember.”

The Queen’s Head’s lasting legacy – as far Shame are concerned, at least – comes via the sense of togetherness it instilled within them. There, they were part of a multifarious musical family, whose alma mater proudly boasts members of Stiff Little Fingers and Alabama 3, as well as the aforementioned Fat Whites. As far as Shame – who are all 20 now, bar 21-year-old Forbes – are concerned, the time they spent there taught them the importance of community, something evident in the way they perform live. Steen, the demented driving force behind Shame’s gleefully frantic on-stage antics, puts it down to the lack of judgement they received there: an ‘anything goes’ mantra.

This idea of unity is part of the band’s identity. When the time came to finally take the plunge, signing to a major label was an absolute no-go. They’re not shy to wear their politics, either: see “Visa Vulture”, a tune dedicated to Theresa May described on their YouTube page as “the world’s worst love song”, which they saw as an opportunity to “humiliate and debase her frankly evil political record.” They’re unapologetically outspoken on a range of issues – from Brexit, to the London housing crisis – though not out of desire to be viewed as a ‘political band’. 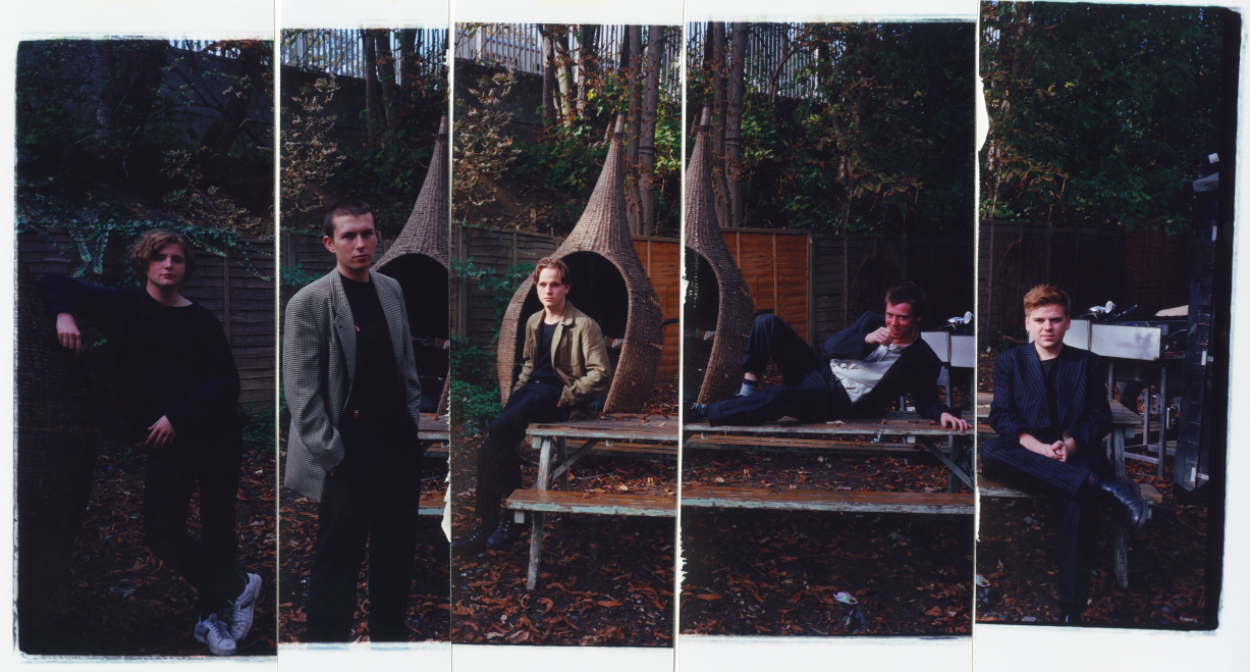 “It reveals a lot about music of the time,” Steen continues. “We’re always discussing that we’re such a political band, [but] we never saw it as something that we sat down and discussed – that this was the image we were gonna create, this is what we were gonna do. It just came very natural, being young and from London. Everyone has their own politics, it’s just whether they’re willing to share it.”

Forbes agrees: “When I do see bands come out and stuff, like in the run-up to elections, so many people will comment, ‘Oh you’re a musician, not a political spokesperson. Stay in your lane.’ If you’re in a position where you’ve got some influence and you can speak to a large number of people, why not say what you think?”

In a few short years, Shame have gone from rowdy upstarts to playing 47 festivals in a year, on the cusp of releasing their debut album. The record – set to drop on January 12 and aptly titled Songs Of Praise – marks a new chapter for the band, and one that they’re eager to kick on with (“a Shame party, where everyone’s invited!”).

There’ll be a big old tour to accompany the release, with more of the same as far as their approach to live performance goes. Though the Queen’s of their day is long gone (a gastropub now, in case you were wondering) it still runs through their veins. Had it been anywhere else in which Shame was conceived, they tell me, they wouldn’t be the band they are today.

When you break it down, a whole range of factors are at play when it comes to the band’s preconceived image. They’re young and confident, with a brutal honesty that operates in tandem with a scorn for bullshit. In “The Lick”, a song that sees them occupy a snarling musical cross-section, somewhere between The Fall and Dr Feelgood, Steen bemoans that we – the public – want something “relatable not debatable”. The latter, Shame certainly are.

“We didn’t start a band being like, ‘Hell yeah, fuck society. Let’s cause an uprising!’” says Finerty. “That sounds very uncool.”

“But it’s good to be outspoken, if you’ve got the platform,” adds Coyle-Smith. “It’s just your opinion, after all, innit.” 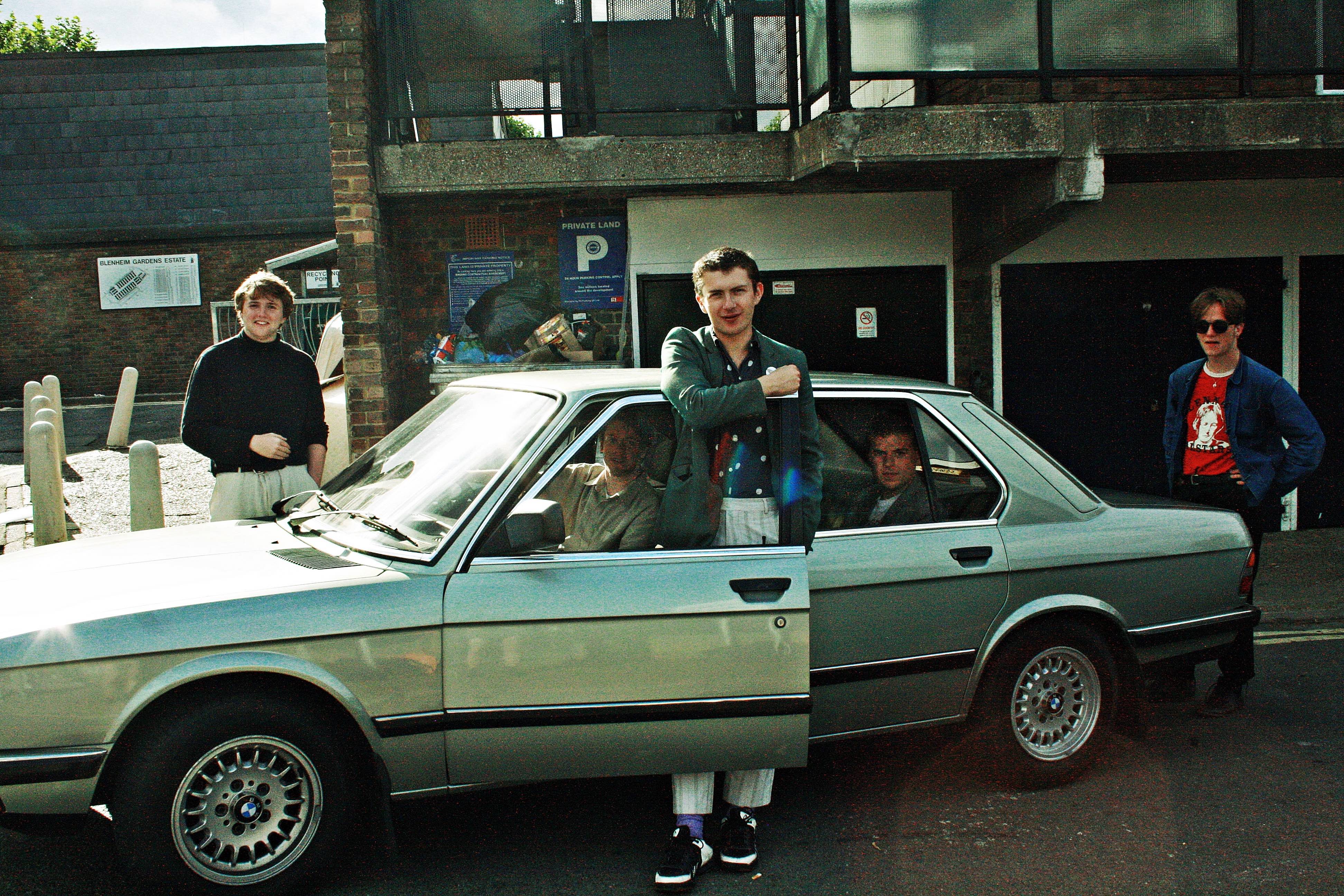 Songs of Praise is out on January 12 on Dead Oceans.

Linkedin
RELATED ARTICLES
OTHER ARTICLES
The author discusses her new memoir, which offers a sobering reflection on the racism and otherness she’s experienced along with a joyful celebration of her culinary heritage.
In the latest instalment of Photographers in Conversation, the creator talks portraiture, platforms and taking inspiration from Little Simz.
Steel City is often overlooked when it comes to the country's cultural radar despite its role in shaping electronic music.
From the chip shops, to the bingo parlors and burlesque dancers, photographer Mike Coles remembers capturing scenes of holidaymakers by the English coast.
Last week, Tower Hamlets council removed its nudity-restricting licensing conditions in a huge win for London’s kink community.
Photographer Bud Glick recounts documenting everyday life in the area, and what it taught him about the Chinese immigrant experience.