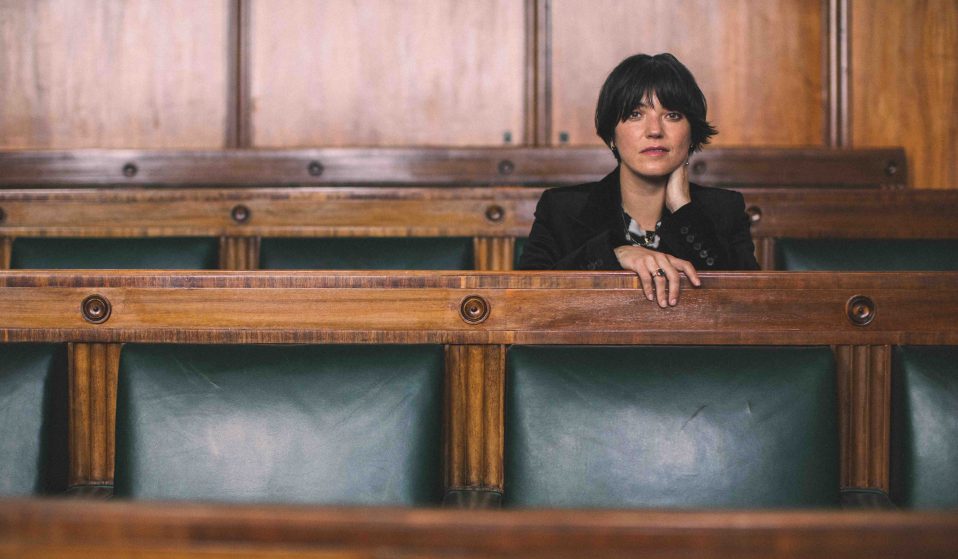 The singer-songwriter discusses her intimate new project – and the advice she’s picked up across a career as one of rock’s leading voices.

The singer-songwriter discusses her intimate new project – and the advice she’s picked up across a career as one of rock’s leading voices.

At the beginning of Sharon Van Etten’s 2012 track ‘Magic Chords’, a back-against-the-wall confessional that finds surprising hope in the idea of reaching rock bottom, she chants the words: “You’ve got to lose sometimes.” Like so many of the New Jersey singer-songwriter’s best songs – see also: ‘Every Time The Sun Comes Up’ and ‘We Are Fine’ – it’s an embrace in musical form, serving as a guiding light to the lost and offering up a hypnotic gumbo of folk, rock, pop, and electronica.

“When people hear my music, I want them to feel embraced by the idea that it is okay to be vulnerable,” says the 41-year-old musician, speaking on an early morning phone call. Today, her voice – just like the one we hear in her songs – is the perfect blend of honeyed and husky. “I want the people who listen to my music to feel less alone in moments of isolation and failure.”

Van Etten has more than succeeded in this aim. Since emerging with 2009’s Because I Was In Love LP, she has consistently bared her soul, growing from a tortured bedroom poet, lacking in self-esteem (‘Consolation Prize’), to a hyper-confident Lynchian siren (she had a cameo on Twin Peaks: The Return) who howls from the back of her throat, unleashing mind-bending synths from a trusted Roland Jupiter-4. It feels like Van Etten has learned to love herself a little more with each release, and this is something that’s rubbed off on her fans.

Her new album, We’ve Been Going About This All Wrong, is another jewel in the discography. Sonically, it’s maybe not as daring as the trip-hop experimentation that fuelled her previous record, 2019’s Remind Me Tomorrow. However, she sounds more content than ever before – “Harmony is all you see if home is what you hold,” Van Etten beams on ‘Darkish’ – an artist who used to sing about feeling adrift in a broken relationship now writing songs about domestic bliss.

“I wanted to write something intimate but also light-hearted,” she says, referencing new song ‘Mistakes’. The track, a highlight from the new album, is all about dancing badly in the kitchen with your partner. It feels a million miles away from the Sharon Van Etten who used to sarcastically sing about stabbing her eyes out so she didn’t have to look at an enemy (‘Your Love Is Killing Me’). Her happiness in these new songs is contagious.

“The idea of dancing in the kitchen with my partner might sound simple, but those small moments are when we truly let our guards down,” she explains further. “To be silly just for a moment is a beautiful thing. Things are unraveling all around us, which I guess makes it important to hold onto those tiniest threads of happiness.”

Here’s what she learned from crafting this intimate new project, alongside some of the philosophy gleaned from a career as one of rock’s leading voices. 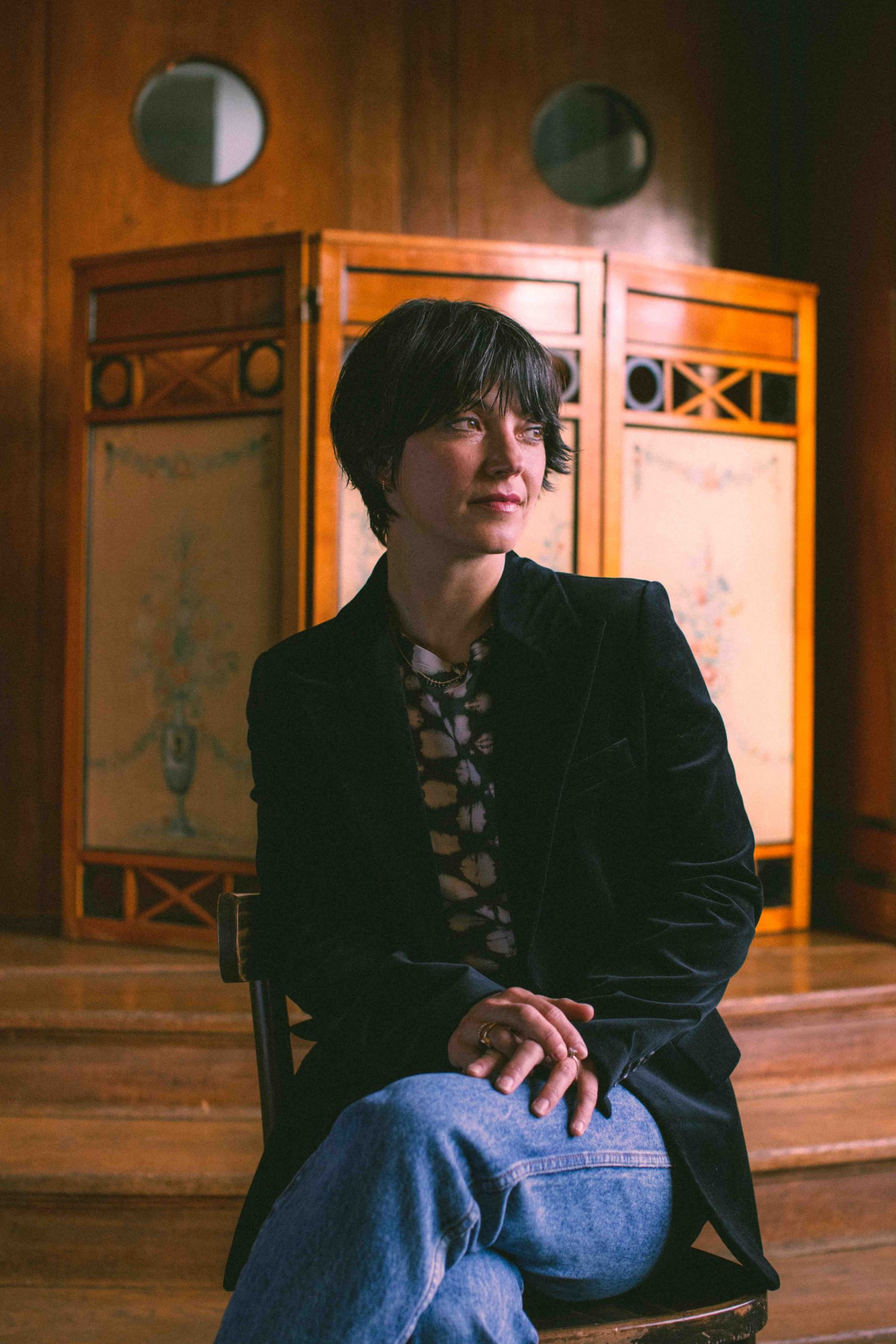 “When you are at your lowest, it’s important to remember it’s only momentary and that you will get through it. You have to find a way to embrace the darker times, because they carry the promise that hope and renewal will follow.”

“I always try to sing in different keys and timbres. I constantly yearn to cross genres… whatever the fuck that means! I definitely worshiped Portishead growing up, so I love trip hop. There is a punk kid in me too, for sure. One of my favourite records last year was by Idles and it got me thinking that I should make a record with that kind of energy.

“I loved the organ as it takes you to a place as a singer that’s primal and nostalgic. An organ bridges the gap between an acoustic instrument and a synth – it can be warm or aggressive depending on how you play it. If you are playing an instrument you’ve never played before or are still learning, you are going to show more vulnerability in your lyrics, and also your playing too.”

“I’ve got two children and the fear I feel about the world they’re going to inherit doesn’t really go away. It is your job as a parent not to show how terrified you are, and to make them feel safe.

“By being a parent I have definitely learned how to censor myself [more as a songwriter]. For the first time I’m thinking about what my kids will think of certain lyrics when they get older, and considering how to create music that will leave more of a positive message. Maybe now I’ve learned I need to confess to less!”

“It can be hard to listen to my old songs, because I really feel for that poor little girl who was in such a tough place. I remember singing my first ever song at the High School Talent show. The lyrics were: “Every time I look at you in the eyes, I want to rip them out and hang them in the sky.” I cringe at it now.

“Whenever I would go through a hard time, I tried to write about it and capture it. To this day, that’s how I move forward: you let out the bad feelings and move on. I would say it is important to acknowledge the mistakes, because that is what leads to growth.” 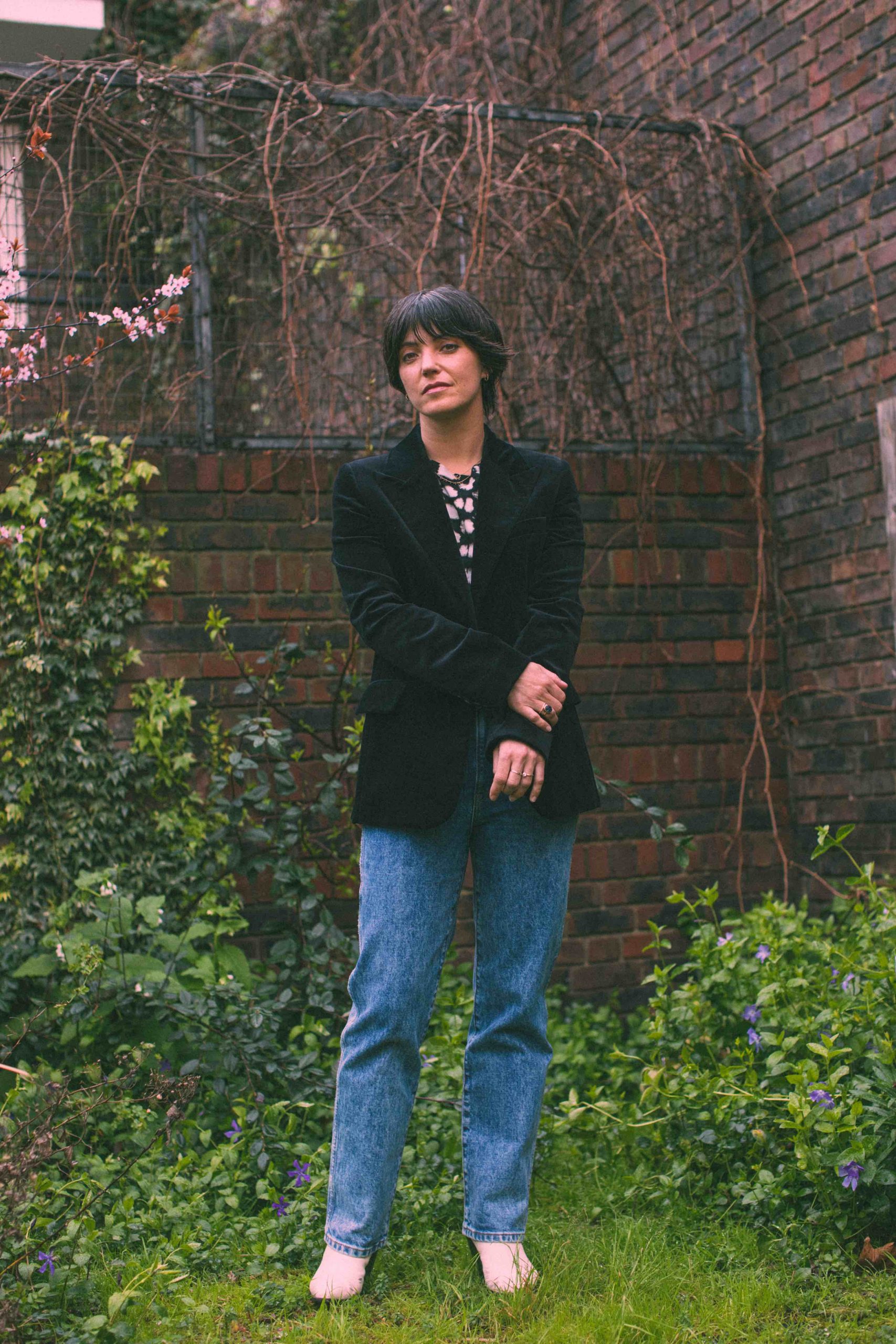 “Love shouldn’t always be a struggle. That’s just a cliché. There’s times in our lives where it’s easy to think love should be dramatic and have all these ups and downs, but it doesn’t always have to be so hard! To feel loved, and to be able to love… well, that’s all that matters. You’ve got to let the love wash over you.”

We’ve Been Going About This All Wrong is out now on Jagjaguwar.

Linkedin
RELATED ARTICLES
OTHER ARTICLES
The campaigning charity are on a mission to increase inclusion, participation and representation of Black people in trail running.
With the singer’s tour in full swing, we sat down the musical production company who made the electrifying show possible.
A centuries-old tradition is offering families a way to honour the deceased, reports Arbab Ali.
The hate Just Stop Oil faced after throwing soup over a Van Gough painting has been immense. Here, they explain why it won’t deter them.
A new photo series documents tribes preserving the environment through simple, sustainable practices in central Asia.
Planet Ardbeg is a 40-page sci-fi anthology created by three cutting-edge artists.