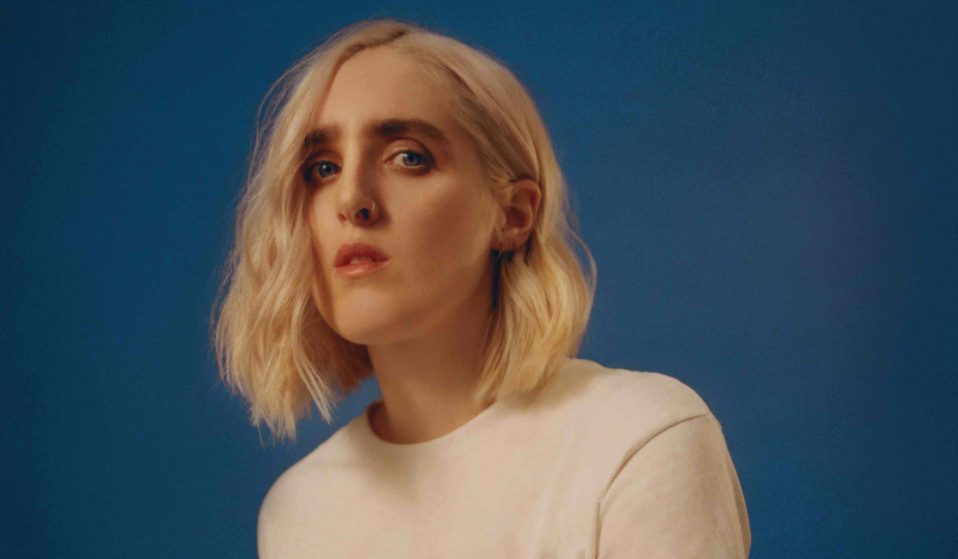 After a three-year hiatus during which she was dropped by her label, fell in love and moved to the other side of the world, Shura is back with a second album.

After a three-year hiatus during which she was dropped by her label, fell in love and moved to the other side of the world, Shura is back with a second album – a refreshing joyful ode to queer relationships.

On the day I’ve arranged a phone call with Shura, the UK is in the middle of a relentless and punishing heatwave. By the afternoon, the temperature in London will have climbed to a staggering 38 degrees celsius, with climate crisis anxiety only adding to the discomfort of what will turn out to have been the hottest July day on record in the UK.

The British artist, however, is happily unaware of the sweaty, sleepless nights in her native country. She’s calling from her kitchen in Brooklyn, New York – “miraculously cooler than London right now” – having moved there permanently at the end of last year.

After growing up in Manchester and spending several years sharing a flat in London with her twin brother Nicholas and their cats, the decision to relocate was partly attributed to “a craving for adventure”. Alongside that, though, was a desire to be with her New York-based girlfriend – a relationship born out of a long-distance romance which largely took place online, and the primary subject of new album, forevher, released this Friday on Secretly Canadian.

Coming three years after her debut – 2016’s Nothing’s Real – the 28-year-old’s sophomore effort marks a change of pace for an artist largely known for moody electro-pop songs about nostalgia and heartbreak. With forevher, Shura has created a refreshingly joyful ode to queer relationships, proving that her recognisable brand of earnest, introspective synth-pop is just as well-suited to lyrics about falling in love as it is to those about falling out of it.

In music, three years is quite a long time in the music world to go on hiatus. A lot must have changed in that time.
Obviously the first year I took a little break, partly because I’d fallen in love with someone on the other side of the planet and I wanted to be able to see them. So I was travelling a lot, and also when I finished touring my record with Polydor I was dropped, so it took a second to find out what I was going to do next. So yeah, I had a new relationship, I moved to a new country and I was working with a new record label. There’s been lots of change for sure.

Three years is a long time but I think it depends a lot on how you make music. I write with maybe one other person, I’m not going into huge co-writing sessions, so for the last three years I’ve been basically writing and recording.

Your writing process is quite intimate. Is that deliberate?
I think on this record I made a conscious decision that I wanted to work with people that I knew I worked with really well. I wrote with Joel [Pott, from Athlete], who I’ve been working with for five years, so we have a very deep understanding of one another and I feel very comfortable sharing some of the most intimate details of my life with him, and I wrote with a guitarist in my band who I’d been touring with.

And apart from them, there was also Jona from Jagwar Ma, who I’d met in Australia. We hung out in a rainforest together and had a lovely time. The only real new person I let into the circle was Orlando [Higginbottom, AKA Totally Enormous Extinct Dinosaurs] and that was because I fell in love with a song he’d put out and reached out on Instagram to ask if he wanted to write together.

When you started writing the album did you know it was going to be a narrative of your relationship?
It was a similar process to how I made the first record, I wrote a song that I felt really encapsulated the main themes. With this one it was halfway through writing the record. I wrote a song called ‘Forever’ which is about a date I went on to Coney Island, and deals with the absurdity of believing that you’re gonna be with someone forever, because it’s kind of silly but also kind of fun and glorious as well. And I felt like the absurdity of that idea, and the desire for the eternal, was a really good theme. 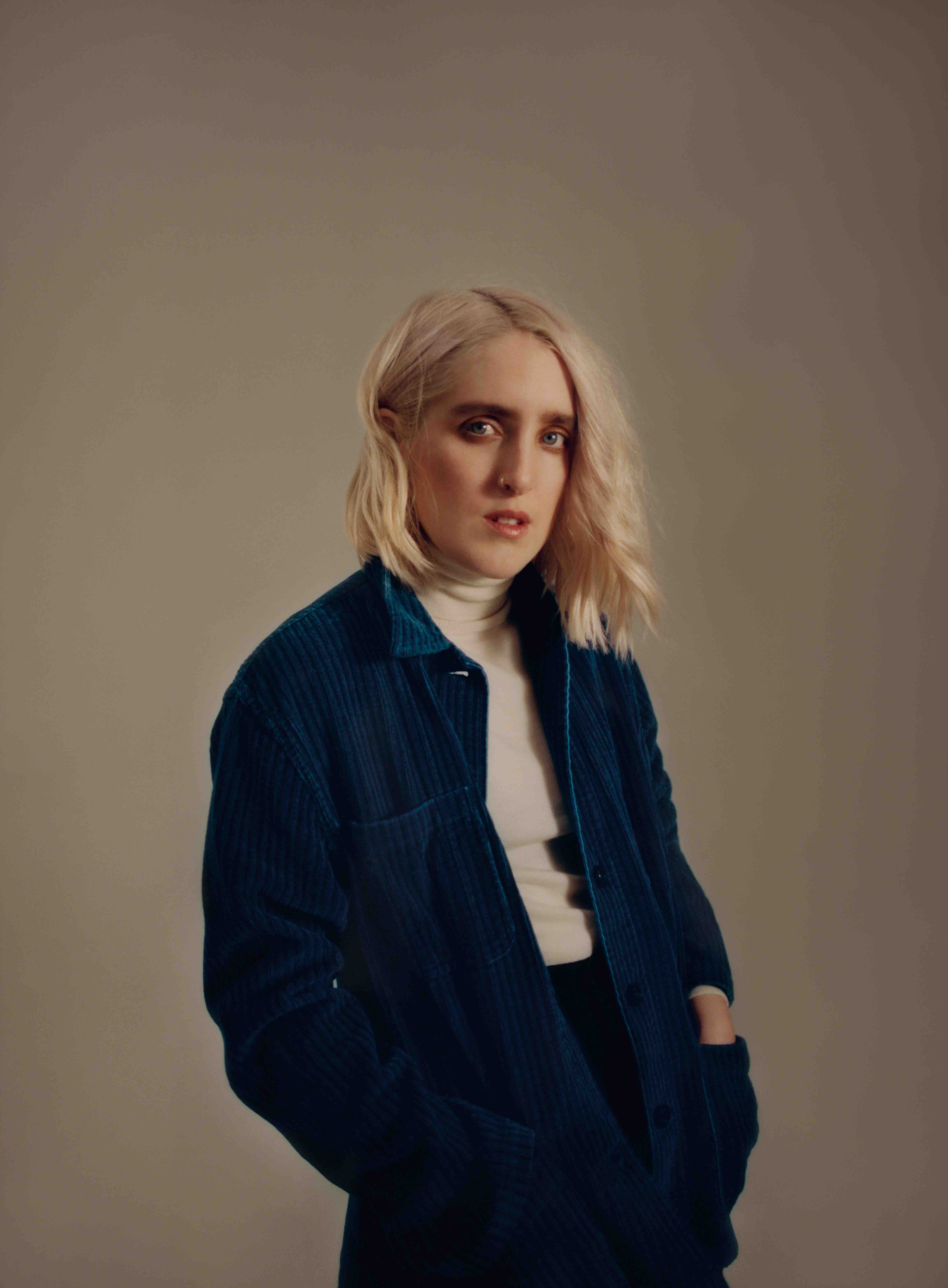 That’s where the name for the album comes from?
Yeah, but of course the Spice Girls released a brilliant album called Forever and there are lots of albums that have the word forever in the title. So I spent a while playing around with different iterations and with completely different titles altogether and nothing felt right. It was my girlfriend who came up with ‘forevher’ and as soon as I saw it written down I knew that was it. I guess it’s a mix of ‘for her’, ‘forever’ and ‘forever her’.

Your use of same gender pronouns has historically been quite a rare thing in pop music. But since your first album there’s been an explosion of queer female singers like Christine and the Queens and Janelle Monae who are all doing really well.
There’s definitely lots of outwardly, unapologetically queer female artists out there at the moment and I do wonder if there’s a kind of strength in numbers thing, and we’re all emboldening one another to be as queer as we can be. Not that I ever felt like I held back before, but on this record I’m using pronouns in a way that I never have before, and I think that’s partly why it was important to name the record forevher with the word ‘her’ in it.

This record is a lot happier than your last one. It’s quite rare to find queer love stories with a happy ending. Was the trope of the sad queer love story one you consciously avoided with this album?
I’m conscious of that being a trope, but I don’t think I ever felt when I was writing the record that I was doing something counter to that. But it’s certainly not the first time that somebody has mentioned to me that it’s refreshing to hear a queer love story that doesn’t end badly.

It’s funny to me, but I’m always like, ‘There’s always time, who knows what album three is gonna be about!’ But it’s certainly nice to have written something that is so unapologetically joyous.

There are quite a lot of religious references in this album, particularly in your video for ‘Religion’. What’s the story with that?
I’ve always been fascinated by the subjugation of women through religion. In one track on the album called ‘Flying’, I mention the idea of the perfect woman being a virgin and a mother which is impossible. I guess I was interested in highlighting how silly it is that we use a text which celebrates a woman who is a virgin mother to say that being gay is wrong. It’s kind of funny. I hope it comes across as joyously irreverent.

You’re touring in September for the first time in a while. Is it something you enjoy doing?
I love it, but there are highs and lows, and you definitely look back on it and wonder how you survived. I adore the boys in my band but sharing a confined space with four straight men is a very strange thing to happen to a queer woman who sort of dreamed of being a lesbian rock god.

You might have an all-male band, but you’ve worked with quite a few female singers on this album too.
Yeah, it was nice to have a few female friends involved with this one. Rosie Lowe, Reva [one half of Nimmo] and Kerry Leatham provided a kind of Greek chorus so to speak. I wanted it to have this slightly theatrical quality compared to my first record. I kind of joke that I’ve written the music for a lesbian musical.

I’d definitely watch it. You’ve got a good narrative to turn into something quite dramatic.
Well that’s good to know. If nothing else at least I’ll sell one ticket!

forevher is out 16 August on Secretly Canadian.

Linkedin
RELATED ARTICLES
OTHER ARTICLES
The Egyptian government are continuing the repressive mistreatment of environmental campaigners.
Planet Ardbeg is a 40-page sci-fi anthology created by three cutting-edge artists.
We catch up with the singer in her London studio to connect the dots between music, painting and her relationship with the city.
A new exhibition brings together 150 works by twelve photographers, offering mesmerising and intimate depictions of life.
Over the weekend, the United Families & Friends Campaign organised a protest calling for an end to deaths at the hands of the police.
The hate Just Stop Oil faced after throwing soup over a Van Gough painting has been immense. Here, they explain why it won’t deter them.